A Day in Reykjavik

After a crazy start to our Iceland trip, Chris and I were incredibly happy and relieved to be in Reykjavik, and I instantly fell in love with this adorable, colorful city. Well, okay not instantly. First we took a nap since we landed at 6am and neither of us got any sleep on the plane. But then around lunchtime we felt refreshed and ready to explore, with cameras in hand! Our hotel for the first night was several blocks from the main city center, but a walk in the chilly Iceland air woke us up even more. The day seemed typical of what we expected for Iceland weather in late August – low-to-mid 50s, gray sky thick with clouds, drizzle off-and-on, and a breeze with the occasional gust. The cheerful buildings of Reykjavik made up for what the sky lacked in color though! 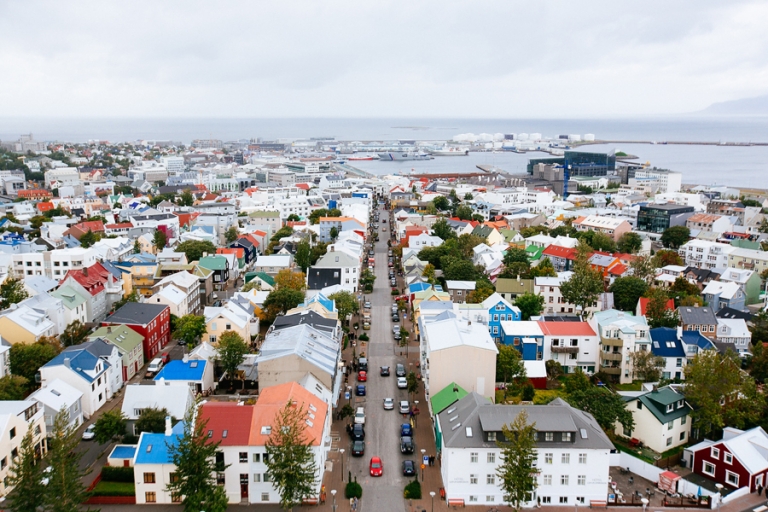 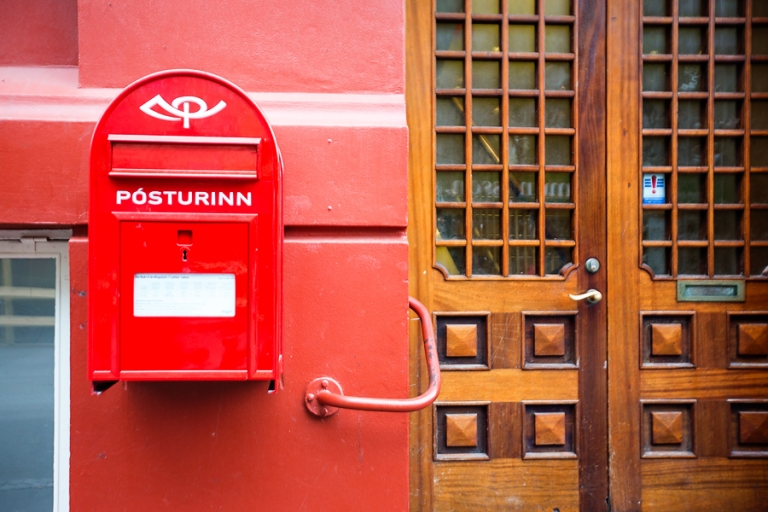 After walking around a bit, our first order of business was lunch, and I had this local staple in mind – the Bæjarins Beztu hot dog stand. I had read from several sources that this is a must-try Icelandic snack/meal, and it really did hit the spot. Just FYI, they’re meant to be eaten with everything on it – mustard, ketchup, onions, fried onions, and remoulade – but I admit to skipping the mayonnaise-based sauce and ketchup. It was still delicious! 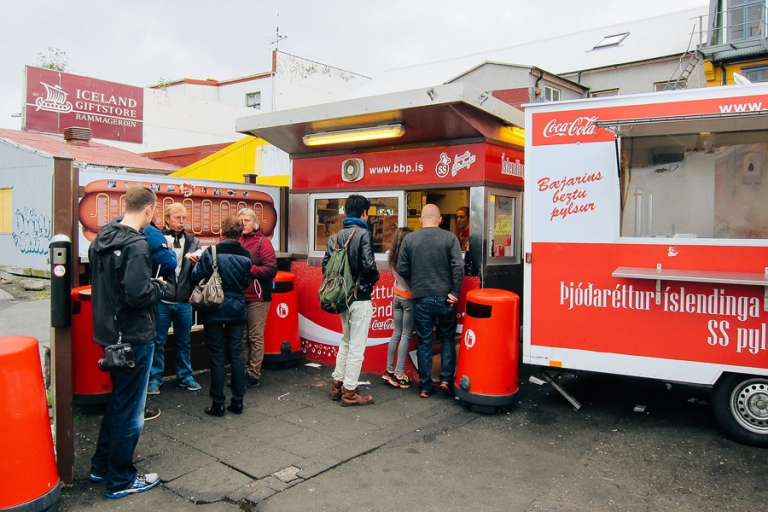 We wandered the city center streets for the rest of the day – it’s a very walkable city with lots of little shops and restaurants in close proximity. I also found several interesting doors for my door photo collection.

Of course, we spent some time photographing some of the most recognizable sites in Reykjavik. We walked along the harbor to see the Sun Voyager sculpture which I initially thought was inspired by a Viking ship, but some further research corrected me – the sculpture symbolizes a boat in search of undiscovered territory, hope, progress and freedom. 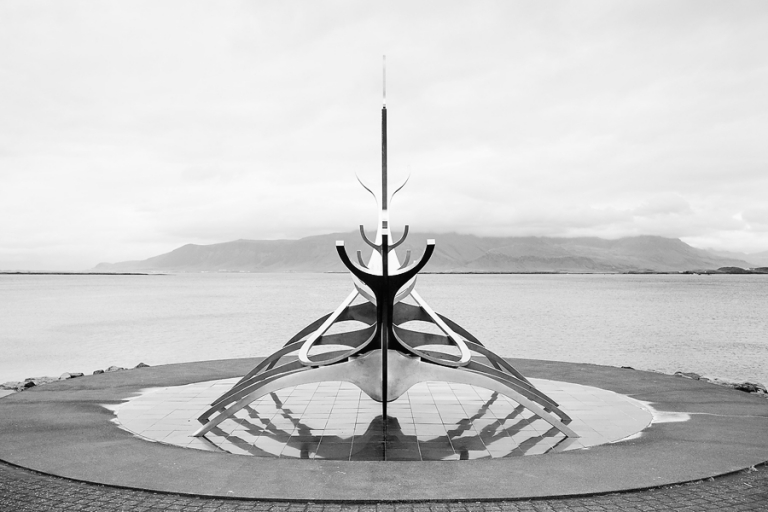 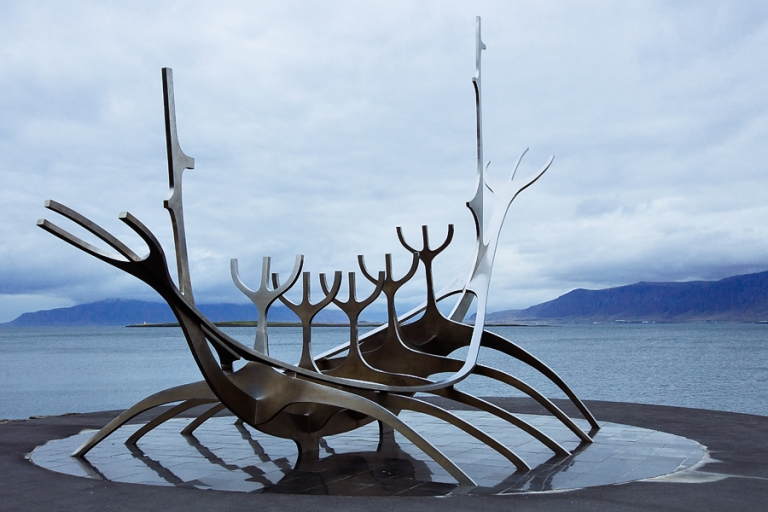 We also visited the Hallgrímskirkja church where we paid a fee (700 kr each; about $6 USD) and took an elevator to the top of the tower for a fantastic 360-degree view of the city. It’s where I photographed the first photo in this post. See those windows at the top of the tower? You can poke your camera through there on all sides for photos of the city center and the harbor. (Note: there is a short staircase to climb after the elevator lets out.) We didn’t get to go inside the church itself because there was a service in progress, but the photos I’ve seen are stunning so if you’re planning to visit maybe just double-check the schedule. 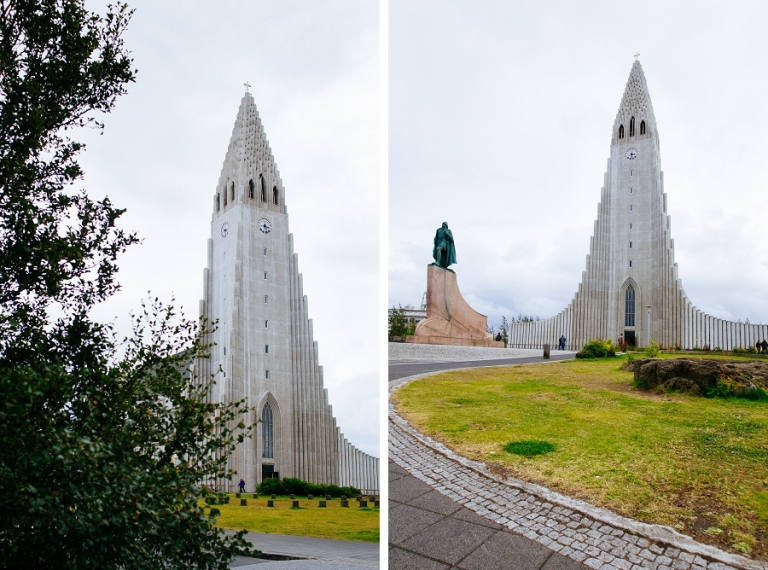 Our day wrapped up at the Harpa Concert Hall and Conference Center, also situated along the harbor. The iconic building was not only an interesting subject for photography and an excellent way to escape the rain, but we decided to see a show called How to Become Icelandic in 60 Minutes so that we could truly experience a bit more of the Harpa. I bought tickets online in advance, so it’s one of the things I had to reschedule because of our canceled flight, but luckily the Harpa Center was gracious enough to allow us to switch dates. The interactive one-man comedy show includes quite a bit of Icelandic history that caters to a tourist-based audience. Chris and I had a few good laughs and learned some fun facts about Iceland including how to pronounce Eyjafjallajökull, which I had been practicing for several weeks before we arrived. I’m happy to say I was really close to having it down pat! The show currently has a schedule posted through the rest of this year, so if you’re visiting I highly recommend it as a fun way to learn about Iceland and see the Harpa at the same time. And again, not a bad way to spend some time indoors when the weather isn’t your favorite.

As for the building itself, the intricate kaleidoscopic design reflects the pattern of the basalt columns found in Iceland – a geological phenomenon created as a result of volcanic activity. Chris and I saw some of them on a beach south of Vík, so I’ll be posting about that soon! 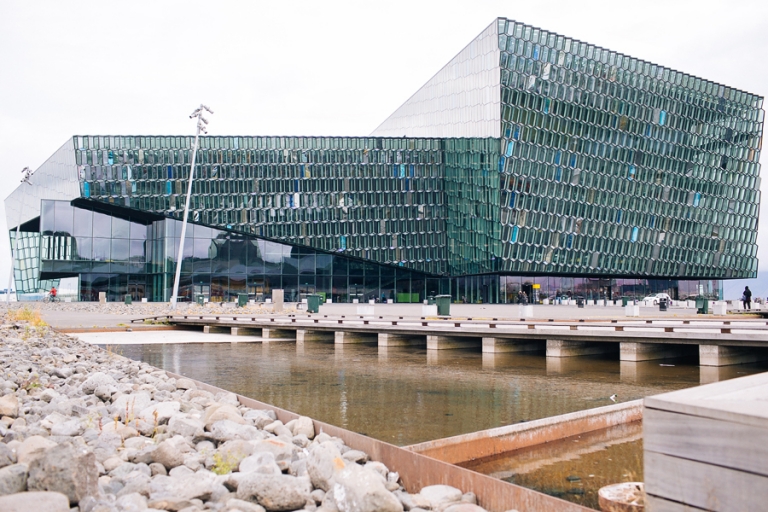 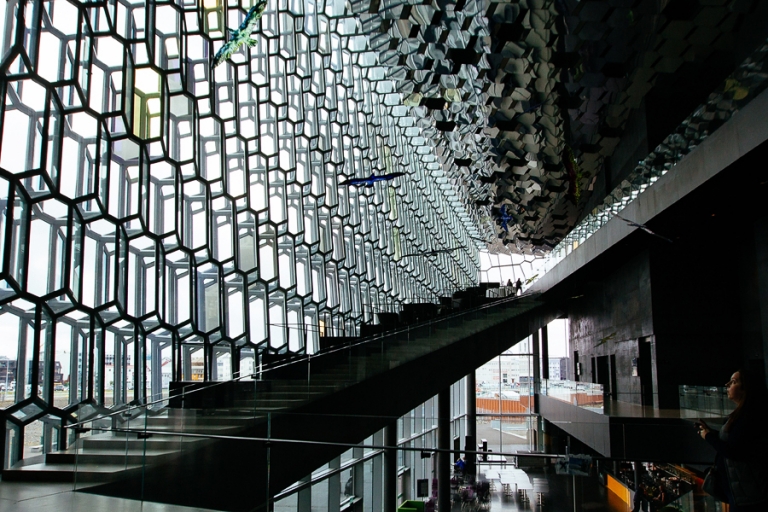 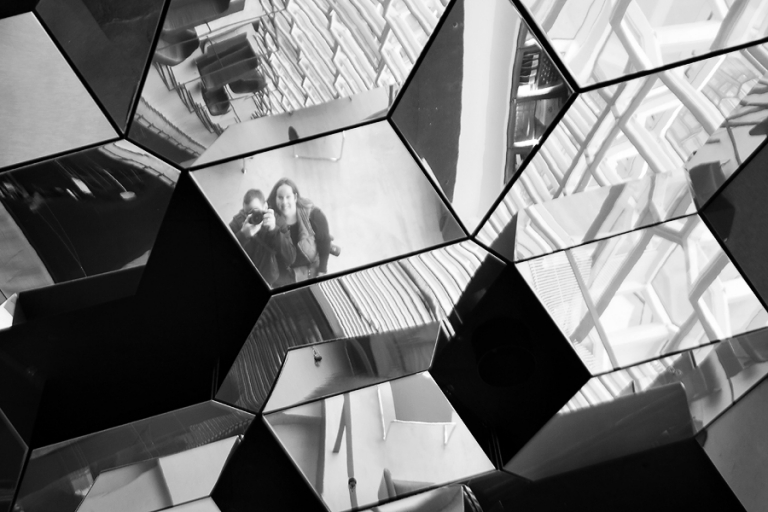 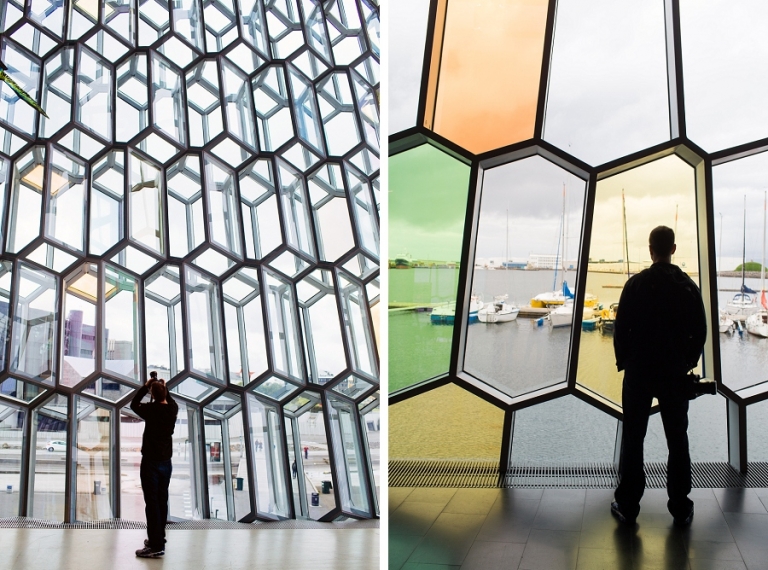 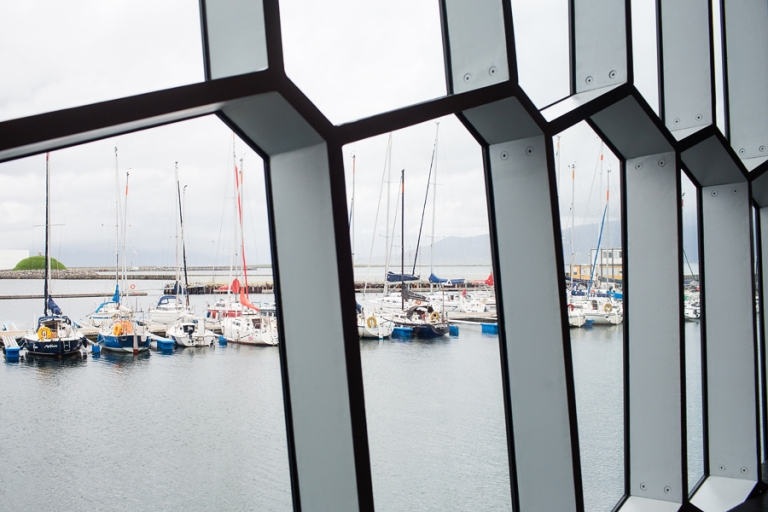 We noticed several museums in town that looked interesting, but we ran out of time after seeing the classic Reykjavik sites. Our original schedule had us spending an additional day in Reykjavik at the end of our road trip, but we lost that day after our first flight was canceled. We’ll just have to go back another time! There is plenty more to see and do, and I would definitely love to visit again. Also? I just realized we didn’t take very many pictures of us on this first day – on top of looking jet-lagged and red-eyed, the wind and rain did quite a number on my hair so I think I mostly avoided the camera. I’ll talk more about this in a post on packing for Iceland, but for the rest of the week I relied heavily on hats! For documentation purposes, here is the one photo we took of us in Reykjavik: 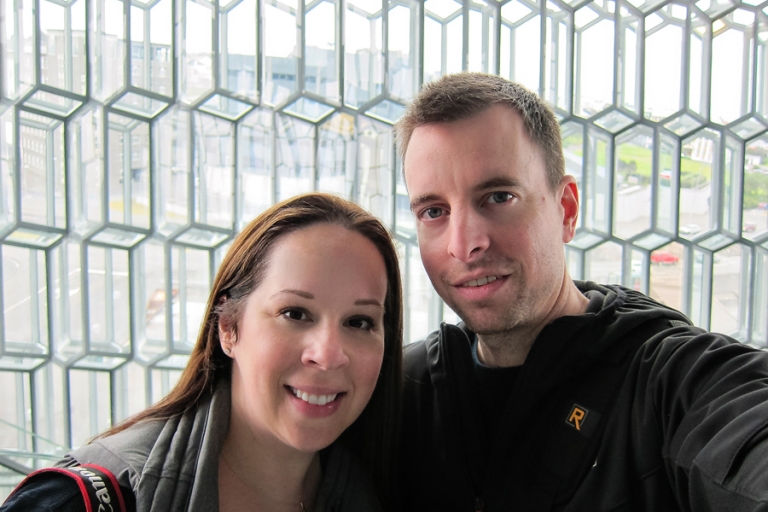 Up next: our whirlwind Ring Road trip kicks off with The Golden Circle where we saw geysers, waterfalls, and geothermal activity!

« Our Iceland Adventure Begins!Driving in Circles: The Ring Road and the Golden Circle »