Since we were recently on a bit of a local brewery kick, Chris and I decided to try the two closest to our home in Ashburn. Oddly enough, we hadn’t been to either brewery yet so it was high time we remedied that and the Memorial Day long weekend was the perfect opportunity.

We set out around lunchtime on a Sunday afternoon and decided to start with Lost Rhino Brewing Co. because they serve food alongside their craft brews. The location is a little tricky to spot among several rows of similar-looking business suite buildings, but our GPS knew the general area where to find Lost Rhino based on the address. Or you can just look for the sign along Red Rum Drive. 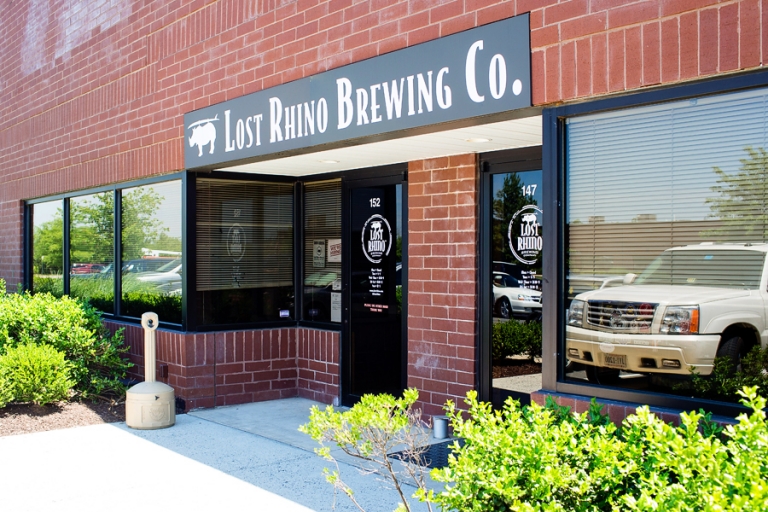 The large tasting room has a few seating areas – the main space is furnished with sets of long picnic tables and a few high-tops with stools, and then a smaller room to the side includes more picnic tables. From what we observed, Lost Rhino seems super family friendly with a kids’ menu, highchairs available for use, bottled craft sodas and even root beer on tap (more on that in a moment), so there were several kiddos enjoying the brewery along with their parents on a Sunday afternoon. We plan to go back on a Friday or Saturday night when Lost Rhino is open until 11pm and they have live music – I’m guessing there is a difference in atmosphere. And on Saturdays between 1:00-5:00pm, you can pop by for a tour every hour on the hour. 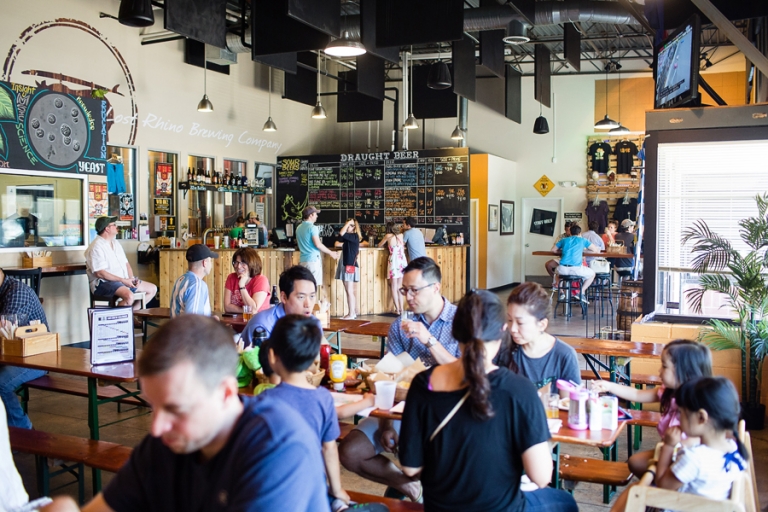 Chris sampled a Brewer’s Flight, a pre-determined selection of five 5-ounce beers. You also have the option of making your own selections in a custom flight. And for lunch, we noshed on sandwiches from the food menu. The selection is small, but we both found something we liked and all of the items are made with fresh, locally sourced ingredients. 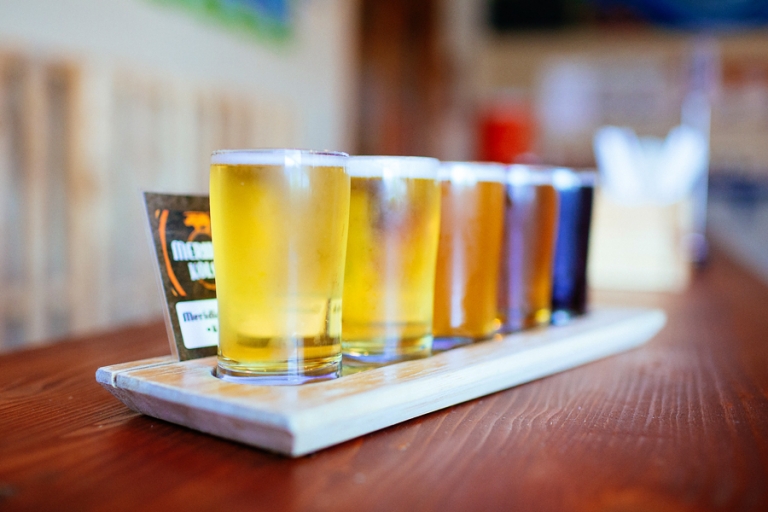 As I mentioned in my last brewery post, I’m not really a beer person (but Chris is, and I love visiting breweries with him), so the highlight for me was Lost Rhino’s amazing root beer on tap, made with locally sourced honey and pure cane sugar. I don’t usually drink root beer since I often find it too sweet, but I ordered it on a whim and the stuff is perfect. I actually couldn’t stop thinking about it, and we went back in the evening so I could get some to go! We didn’t realize they close at 5pm on Sundays, but the staff were incredibly nice and rang us up even though it was shortly past closing time.

I’m excited about the opening of their new location Lost Rhino Retreat in Brambleton next to the Fox movie theatre. It goes without saying (but I’m saying it anyway) that I hope they have the root beer there as well. I’m officially obsessed. 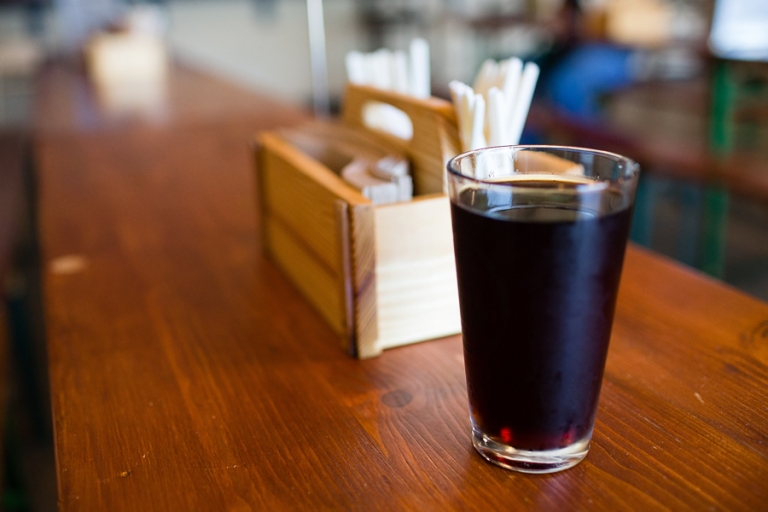 Our second stop of the day brought us to Old Ox Brewery. We drove to the also somewhat hidden location tucked away behind the data center buildings of Ashburn, but Old Ox is also easily accessible by cyclists on the W&OD Trail. In fact, the brewery provides a completely cyclist-friendly atmosphere including a bike rack, a tire pump, and of course refreshments. We saw several patrons donning helmets and gloves, and lots of bikes in the rack near the outdoor seating area. Old Ox is just a few miles down the trail from our house, so we actually made the trek out on two wheels the next afternoon as well. 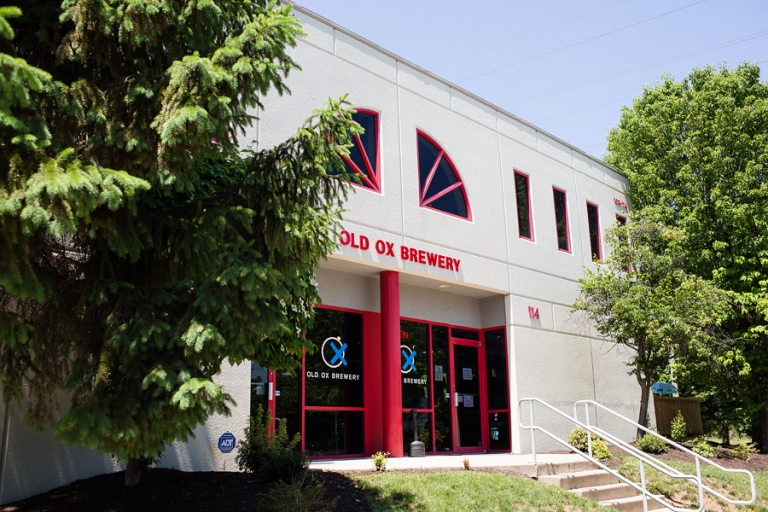 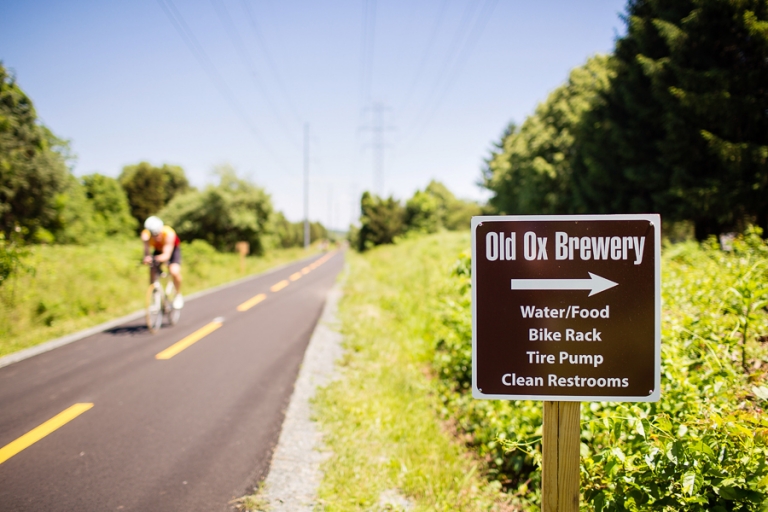 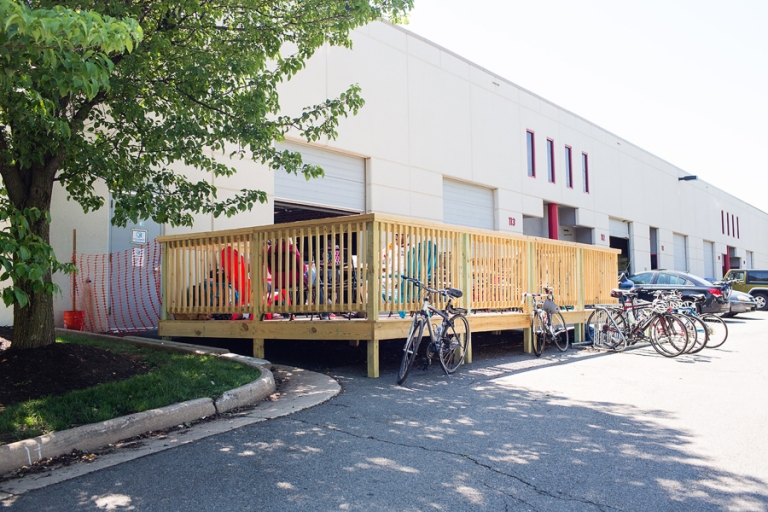 Chris made his selection of samples on tap and we found an open spot at one of the tables inside. I noticed a collection of board games in addition to the big TV for entertainment options. A group of four next to us engaged in a nail-biting round of Jenga. When I wandered back to the restrooms, I discovered a second indoor seating area with a view of the production area, so there’s quite a bit of room to spread out whether your group is large or small. 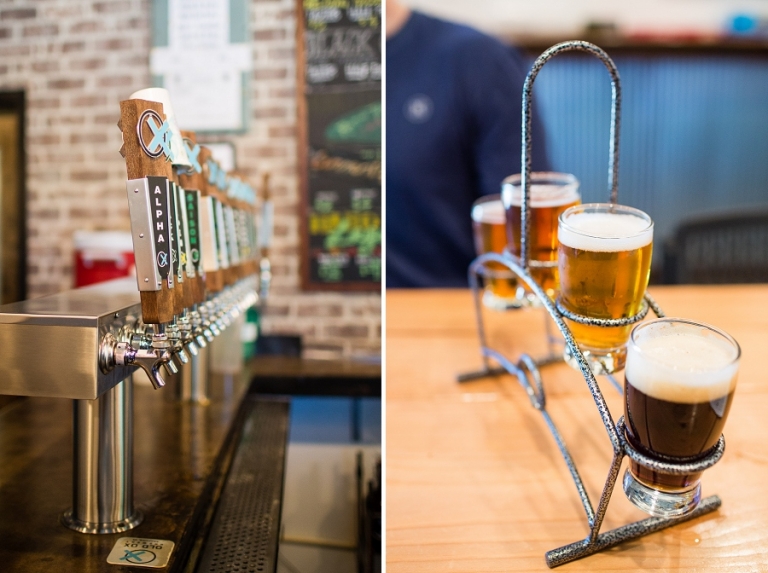 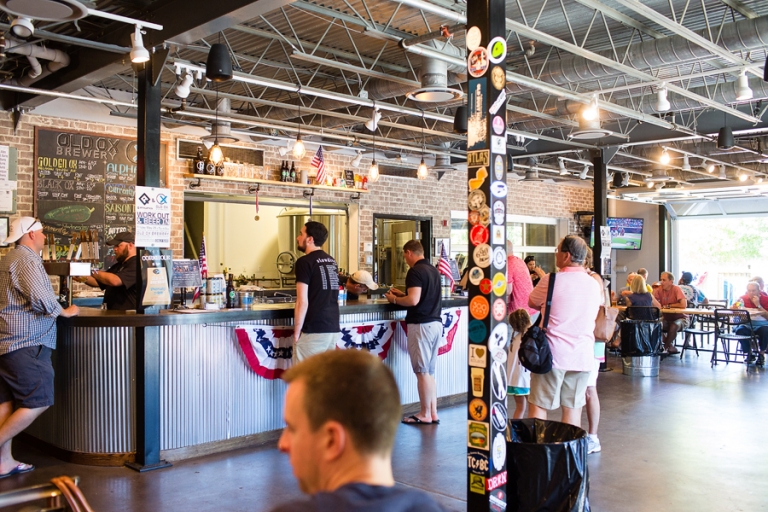 Old Ox has live music, happy hours, and other special events such as, “Work Out & Beer In” which sounds self-explanatory. Tours are offered on Saturdays at 2:00 and 3:00pm; tickets are available on a first come, first served basis. It turns out we could have eaten lunch at Old Ox as well (but we didn’t; we don’t need to eat two lunches), since they often have visiting food trucks on Fridays, Saturdays, and Sundays. Note: Someone has some serious chalkboard skills as evidenced by the upcoming events list. See below. 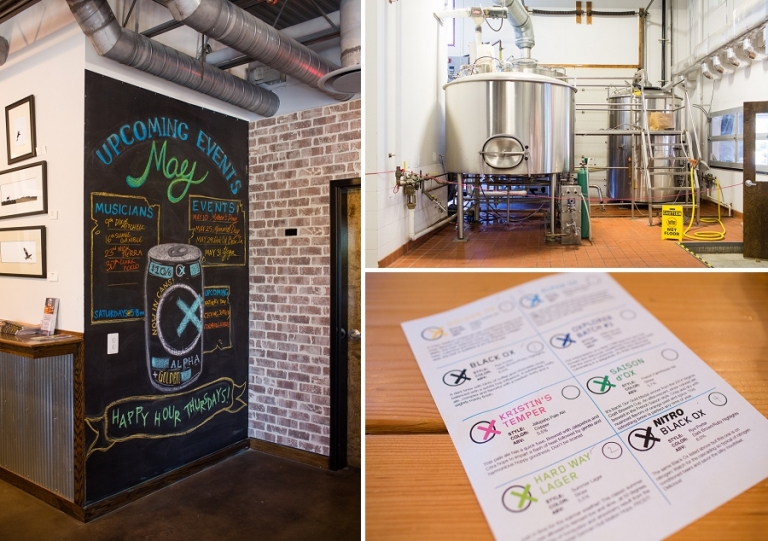 As far as I know, those are the only two games in town, but we’re happy to have both of these breweries right in Ashburn and we’re looking forward to visiting them again. Let us know if you’ve tried either one and what you thought!