Oops! I took a slight detour from my blogging schedule to post about London before wrapping up our Central Europe trip coverage. So I’ll squeeze this snapshot in here now, and then get back to a few London things. And I thought about separating this summary into separate posts for each country, but I’m going to combine it with the intent of catching up on my blogging to-do list and just see how it turns out. 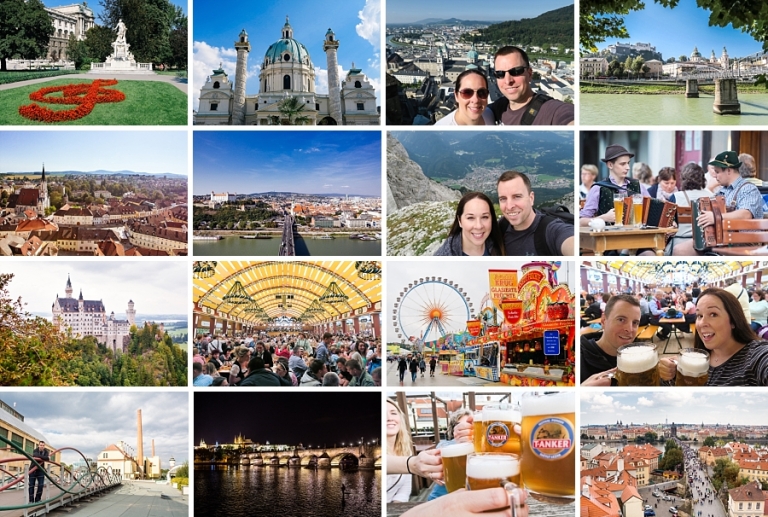 Chris and I just discussed this category, trying to identify a stand-out Best Moment moment, but we agreed that we loved the whole trip. Oktoberfest in Munich and the Brews and Views tour in Prague come to mind as our favorite general activities, and if we had to pinpoint one single moment, it would be when we were standing on top of the Karwendel mountains in Mittenwald. We had the entire mountaintop area to ourselves, and it was quite peaceful. 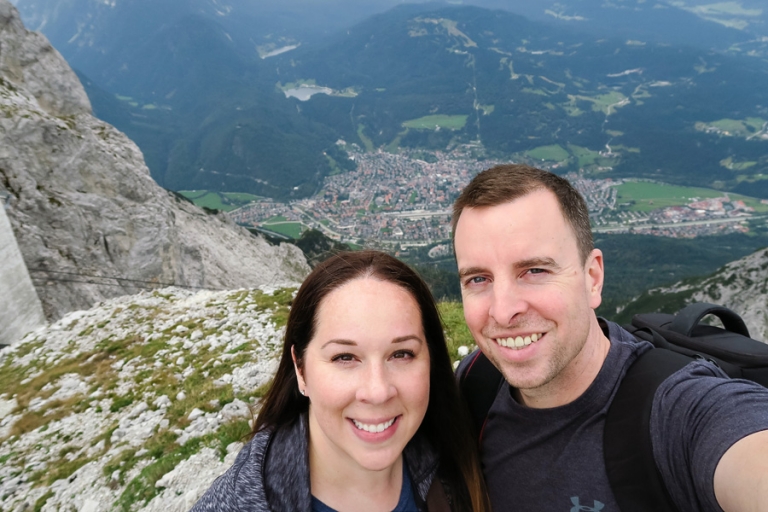 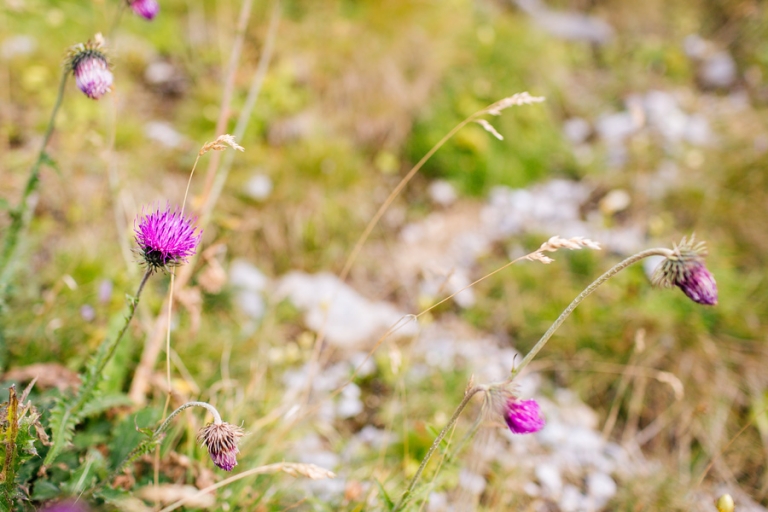 As I remember it, this trip went really well and I don’t know if we had a true worst moment. Sure, I wish we had better weather in Munich, and we both ended up coming down with what turned out to be a pretty bad cold on the last day, but other than that we had an incredibly smooth trip.

A brief encounter at the Westbahnhof U-Bahn station provided us with a quote that we used frequently for the rest of the trip: “I don’t know…blah blah blah.”

A guy approached us as we were exiting the underground and seemed lost or confused. He had a strong accent and I didn’t quite catch what he was asking, but I thought I heard him say “where” and “metro.” So I responded cheerfully, “Oh! Yes, it’s down the stairs over there,” and gestured politely toward the entrance to the U-Bahn. He repeated something, but I still couldn’t understand as I wasn’t even sure what language he was speaking, so I gently said, “I don’t know. I’m so sorry I can’t help.” Then all of a sudden in much clearer English he sharply said, “I asked you a simple question and you say (and he switched to a very sarcastic mocking tone), ‘I don’t know…blah blah blah.'” And then he angrily stormed off! I was stunned.

Chris explained to me after that he thought the guy was trying to ask us for our train ticket so he could reuse it. But for the rest of the trip, whenever Chris and I asked each other a question, we responded with (in a mocking tone), “I don’t know…blah blah blah.” It cracked us up for days!

We also giggled at this menu with “rabbit-shit” on it, this “soup of the day” board, and every time we saw an exit sign in German. What can I say? We’re easily entertained. 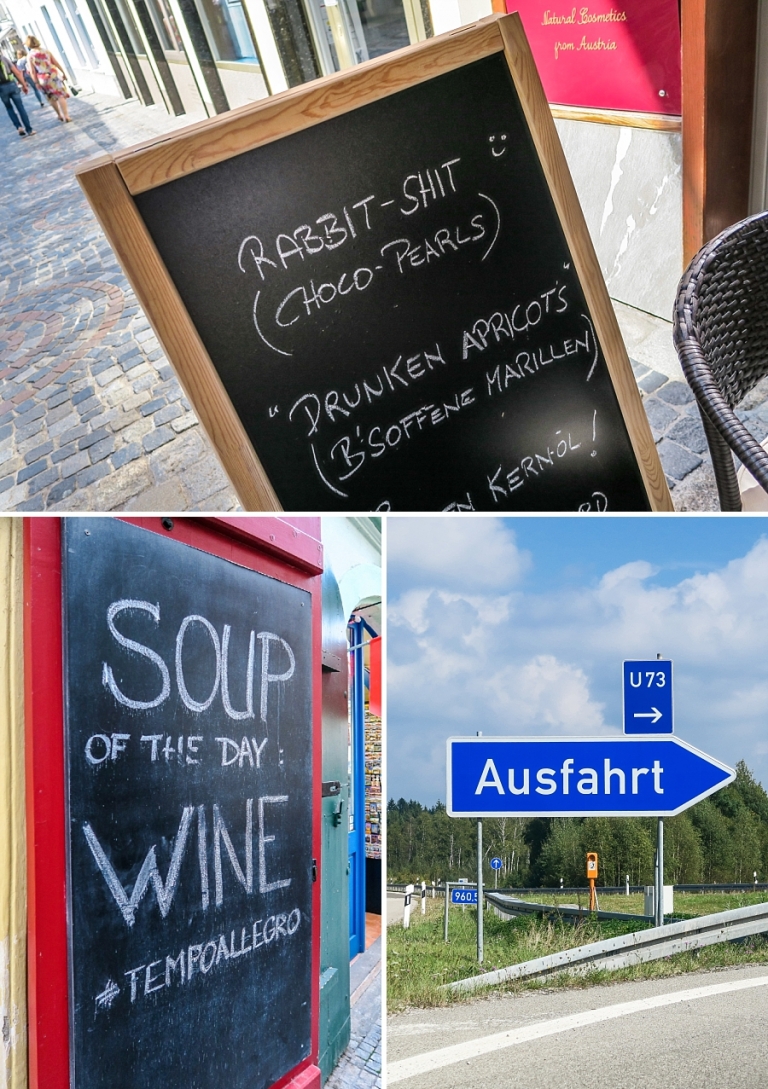 This is always tough category, especially since we ate our way through the delicious cuisines of four countries! This was my first time trying schnitzel, real apple streudel, krapfen, and Sacher Torte, and they were all amazing. I also loved the goulash we ate in Germany. I could easily repeat this same itinerary just for the cuisine alone! 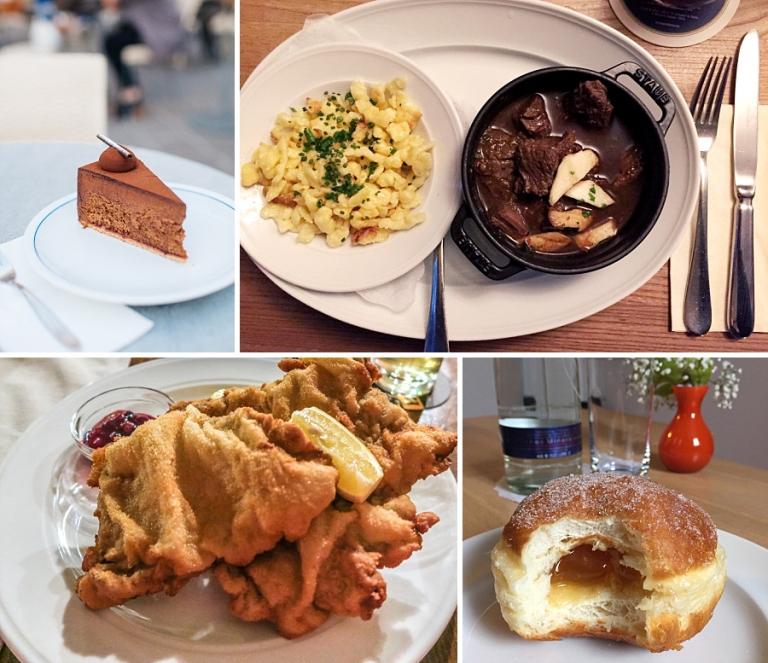 I learned that Oktoberfest isn’t necessarily the drunken debauchery mess that I thought it would be. I mean, it certainly can be if that’s what you’re looking for, but it doesn’t have to be if that’s not your scene. Before we arrived in Munich, I sort of pictured Oktoberfest to be this massively overwhelming crowded situation descending upon the city to the point where I wouldn’t have any personal space. I read advice online to wear shoes that I don’t mind getting soaked with beer. I didn’t want any of my shoes soaked with beer!

Now that we’ve attended Oktoberfest, on opening weekend no less, I know that there are many flavors of Oktoberfest and you can make it anything you want from family-friendly fun, to a chill people-watching experience, to an all-out party-’til-you-pass-out rager. My shoes ended up being beer-free. And now I also understand that it’s about more than just beer –  it’s a celebration of food, music, culture, and tradition. I loved hanging out in the beer tents and singing along with the traditional songs and even some American songs. 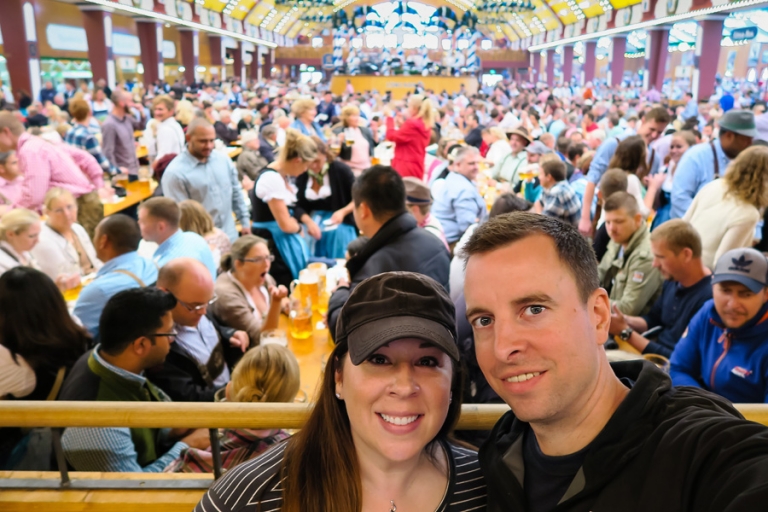 A wide variety of outfits for all different kinds of weather. We did not expect it to be over 90 degrees the entire time we were in Austria, but thankfully we packed some short-sleeve shirts and shorts. I’m also thankful to have purchased a dirndl ahead of time! It was so easy to have it on-hand already instead of spending time shopping for one. And I must have looked fairly festive – a group of tourists at Hofbräuhaus requested a photo with me!

I can’t remember anything extraneous from our packing efforts. We packed pretty light, and I think we managed to wear everything we brought in our one carry-on each.

I wish we could have seen more of Munich, especially on a day when it wasn’t pouring rain. But we were busy Oktoberfesting, so we didn’t really have time to see much beyond the highlights. 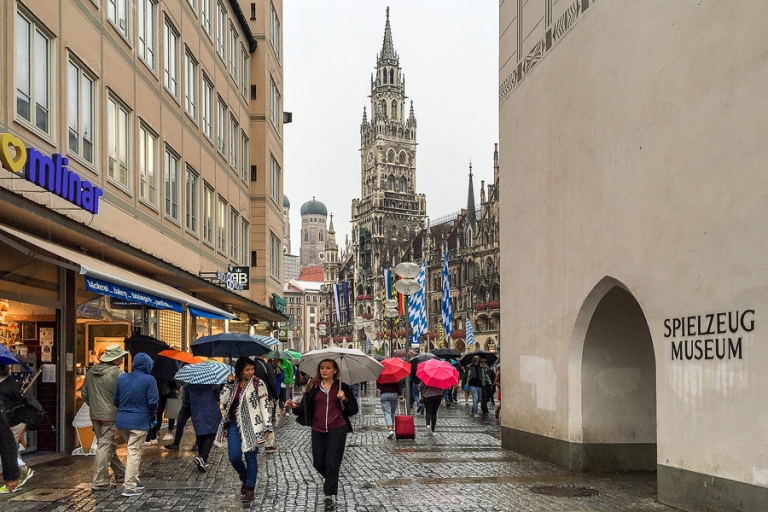 I’d love to see these countries during the holiday season to see the Christmas markets!

Again, really tough to narrow it down to a few favorites for four countries, but I picked one from each that I love! 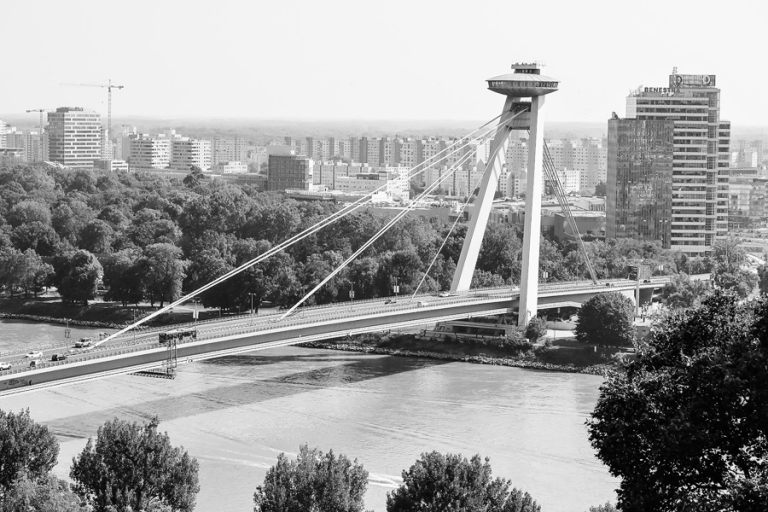 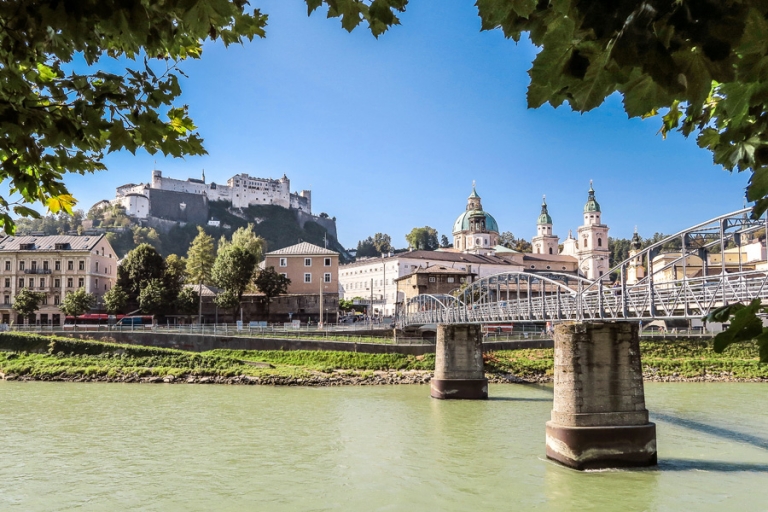 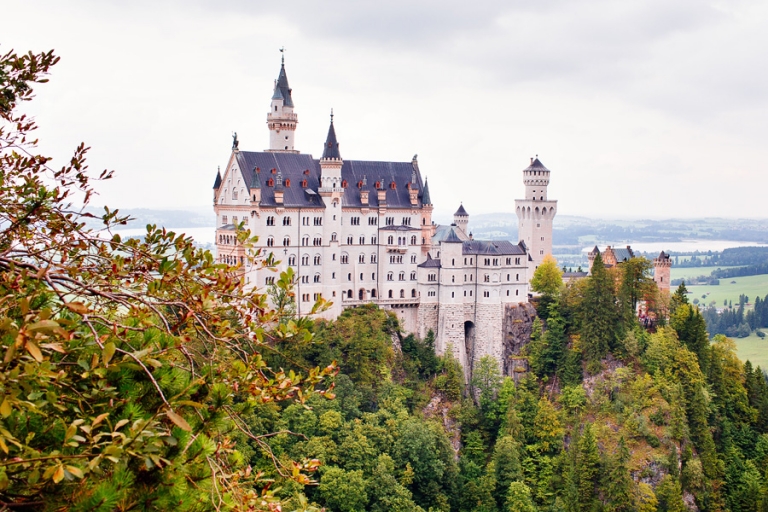 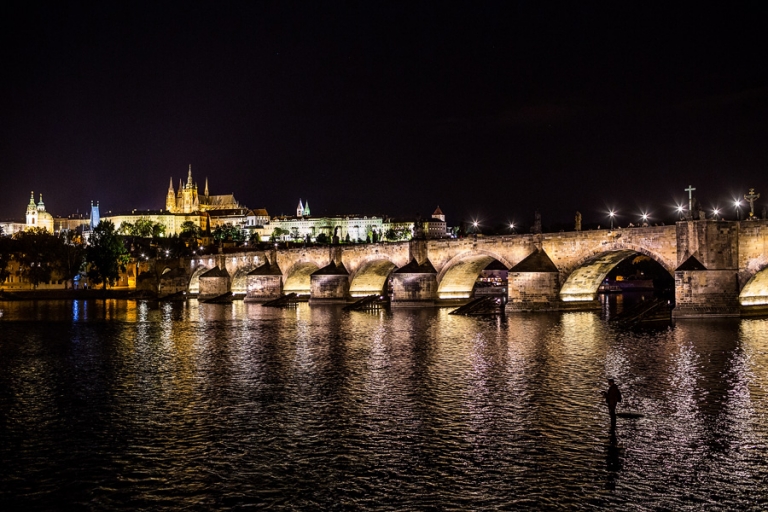