I’m not sure what the best part of this afternoon in Juneau was – landing on a glacier after a thrilling helicopter ride with stunning views, dog-sledding on the glacier, or snuggling with the puppies at base camp. All of it was simply awesome. I admit that this trip with Alaska Icefield Expeditions was a bit of a splurge, but it was totally worth the amazing experience. Note: we booked through Celebrity, but in hindsight, it’s probably just as easy and maybe cheaper to book directly with the tour rather than through the cruise.

Our excursion started with a short van ride through Juneau to get to the helipad. After we were outfitted for waterproof boots (they fit over our shoes), we boarded a helicopter and enjoyed a 15-minute flight to the glacier. Watching the tongue of Mendenhall come into view is something I’ll never forget. I can’t believe people in Juneau have that view on a daily basis. And landing on the glacier was even more special! I kept saying, “We’re ON a glacier!” It’s not every day that we get to stand on one, much less go dog sledding. The noise was also quite memorable – the dogs were so excited! Our musher gave us a bit of history on the camp and introduced us to the dogs, who were all incredibly sweet. At first I wondered if it was at all the tiniest bit cruel to make a team of dogs haul me around in the snow, but they seemed to really (really really) love sledding. The faster, the better. When we stopped, we could tell they were disappointed not to be running.

After several laps around camp, we were treated to time with the youngest up-and-coming members of the sledding team – the puppies. They were napping, but we were given the opportunity to hold a warm and sleepy pup. If it looks like I wanted to stuff that puppy in my jacket to sneak him back onto the helicopter, it’s because I totally wanted to do it. 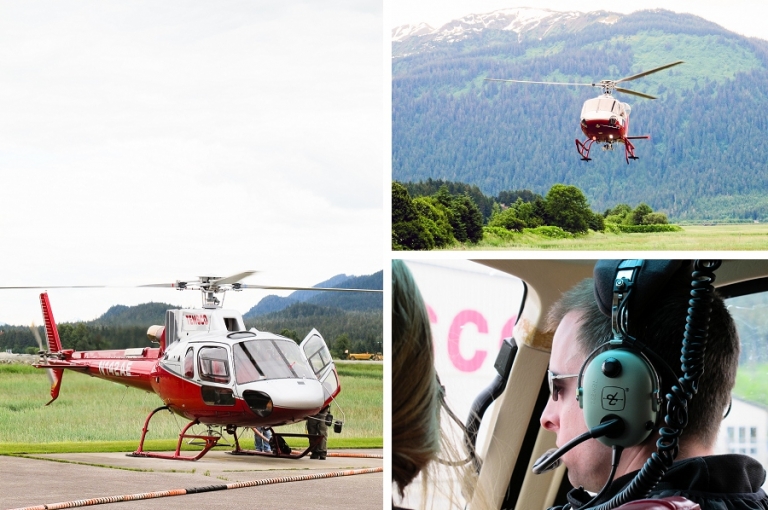 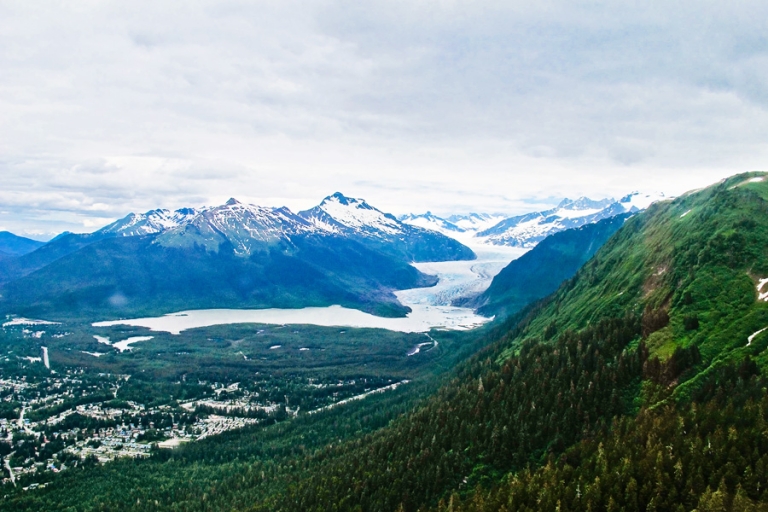 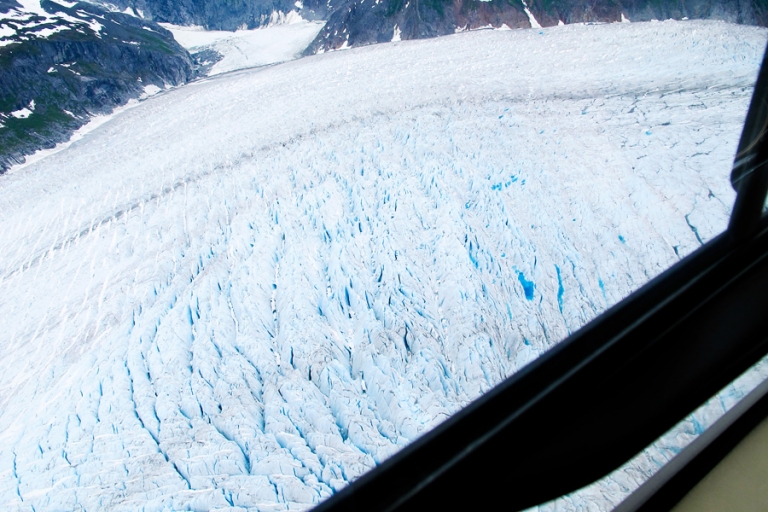 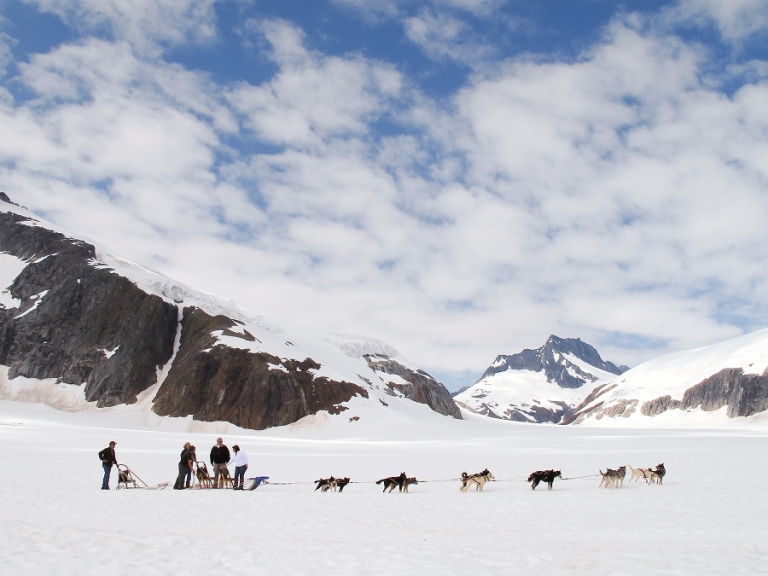 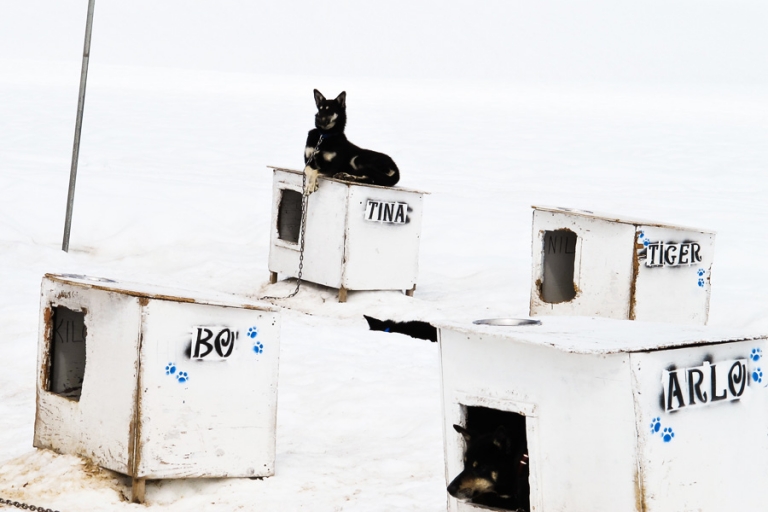 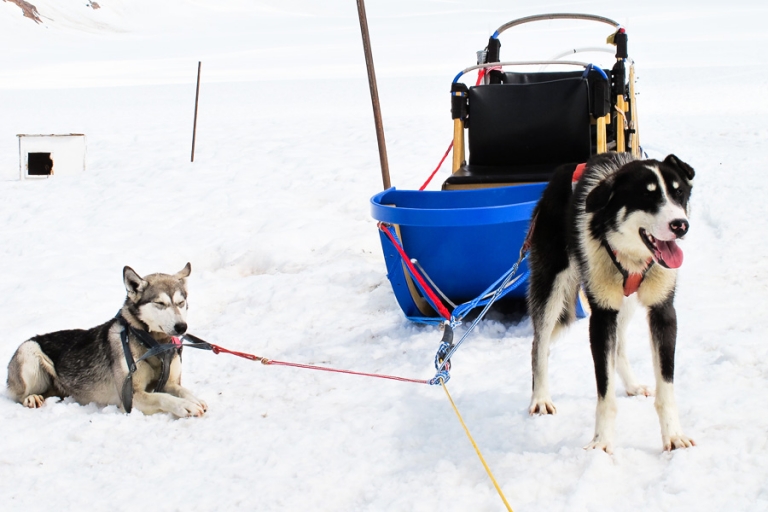 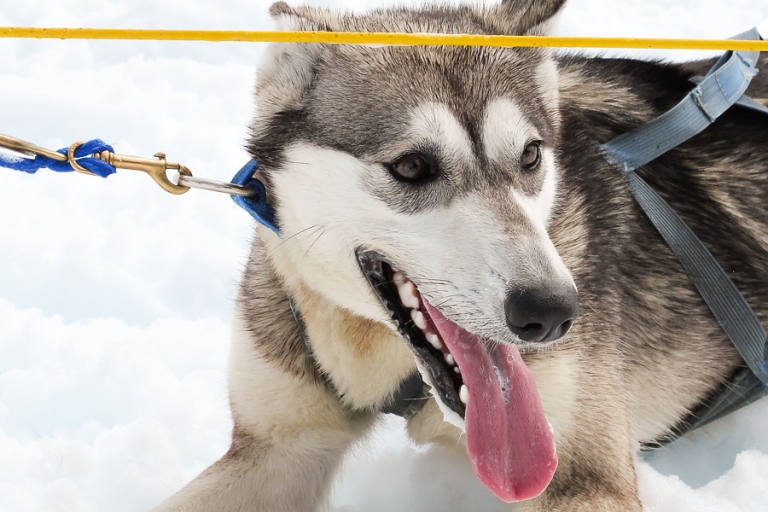 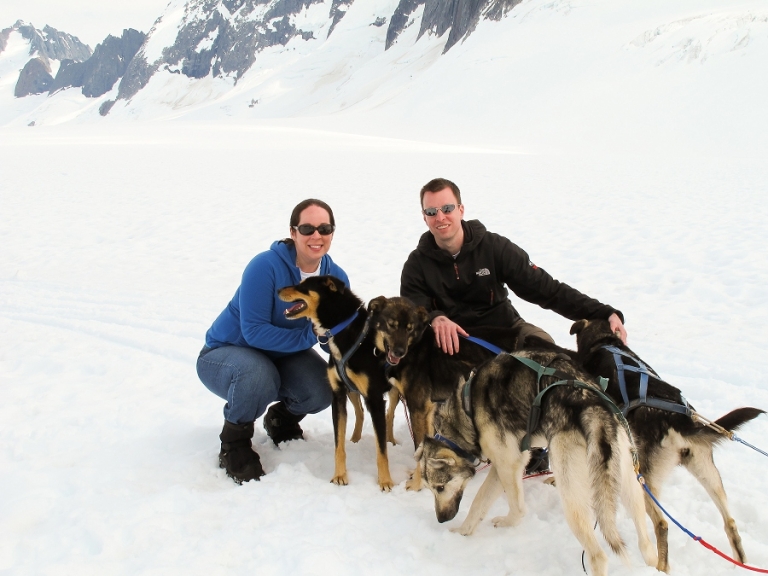 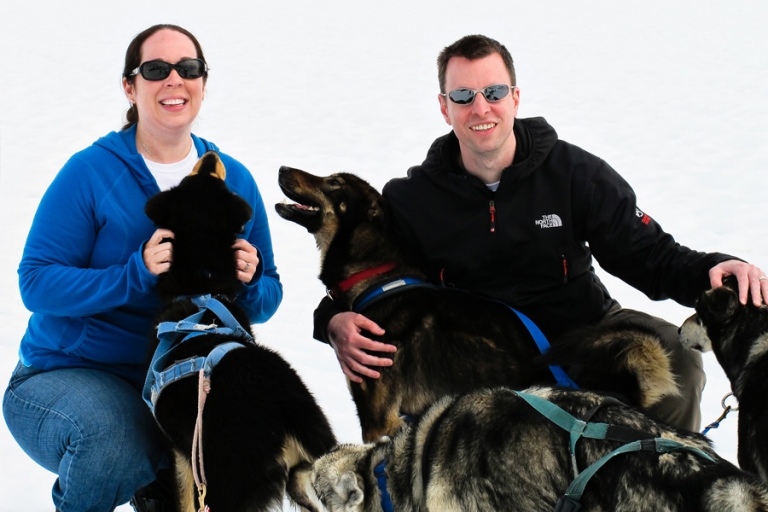 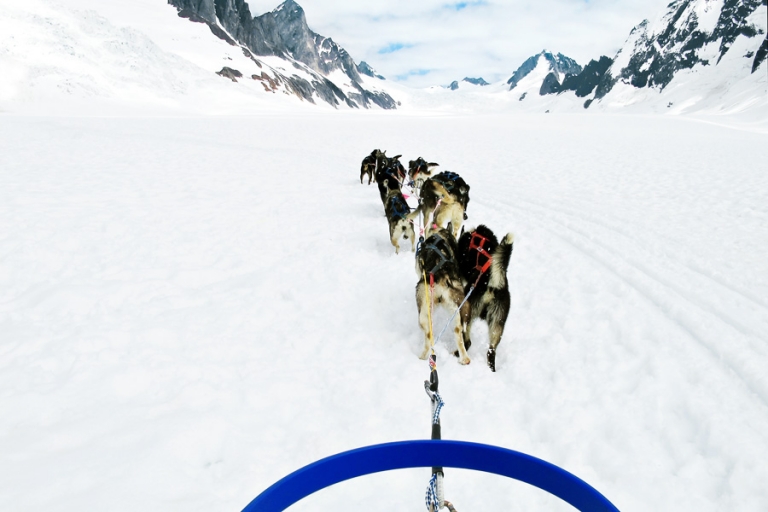 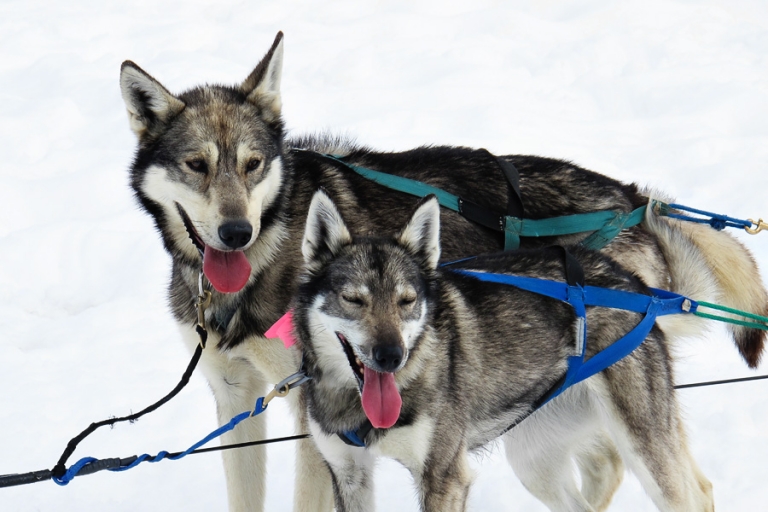 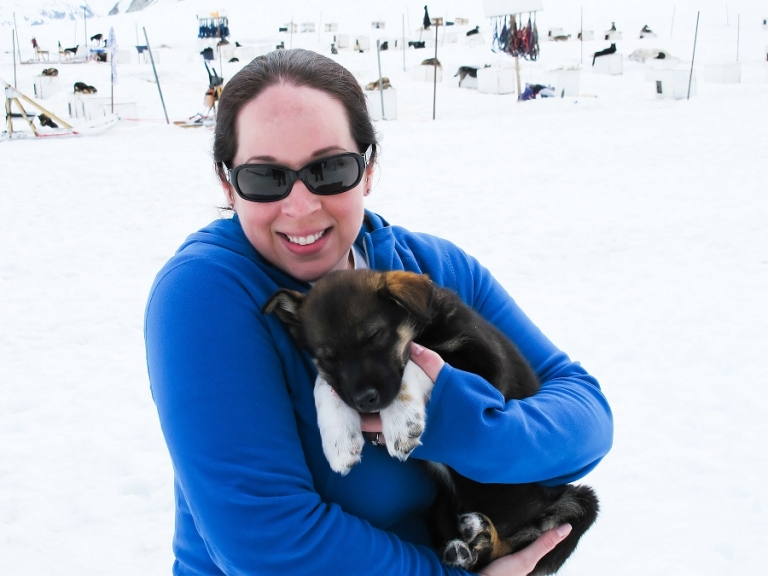