Falling in Love with Edinburgh

I’ve admitted before that I’m not generally a fan of big cities. I get anxious and overwhelmed in crowds, and I tend to prefer a more tranquil environment. Edinburgh though, full of charm and history, is a big city that I could fall in love with pretty easily. Chris and I spent four days in Scotland’s capital and second largest city, and I can definitely say I would be thrilled to visit this big city again someday. Armed with comfortable shoes and personalized recommendations from my brother who used to live in Edinburgh, we covered as much ground as we could in our short stay. 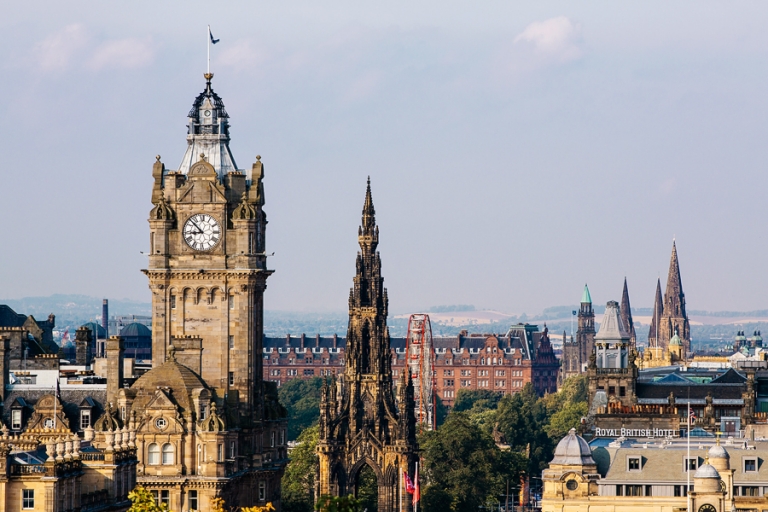 Our Airbnb flat put us only a few steps from High Street, so we covered the Royal Mile from end-to-end. We wandered the side streets and popped in and out of touristy little shops. And thank goodness for all of that walking, because we also ate our way up and down the streets of Old Town, including a fried Mars bar (which was disappointingly not as good as it sounded). 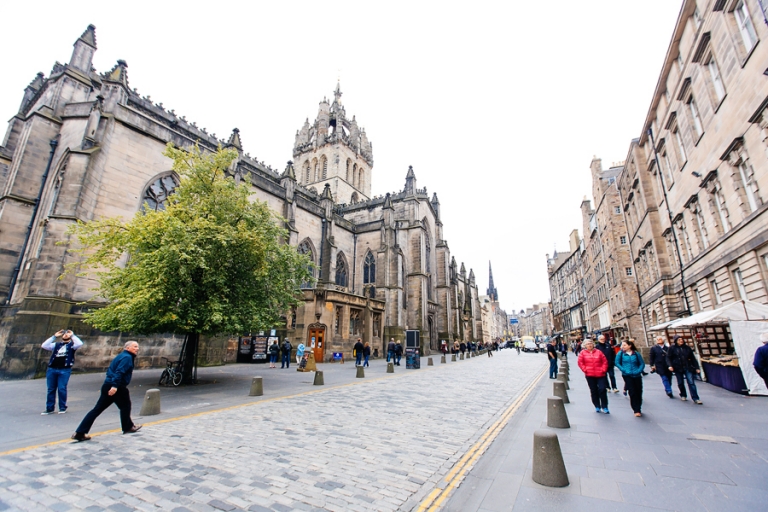 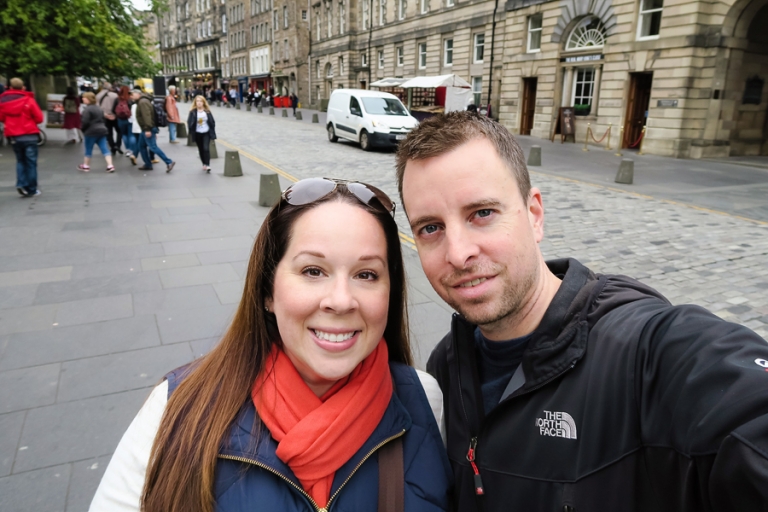 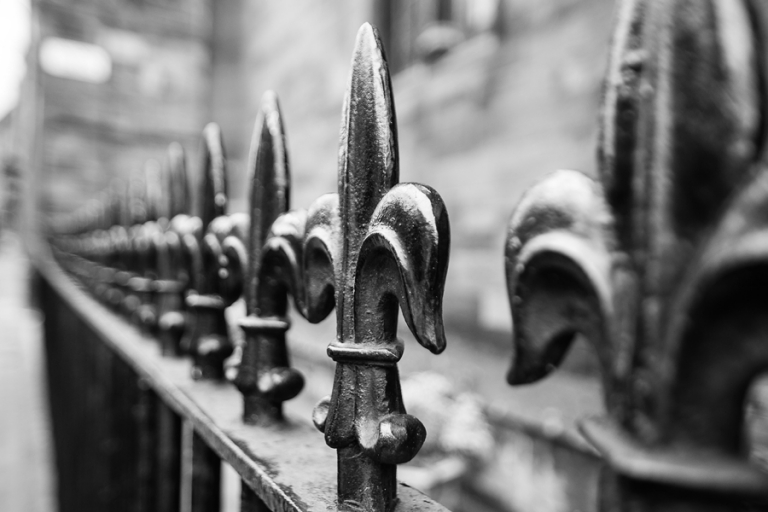 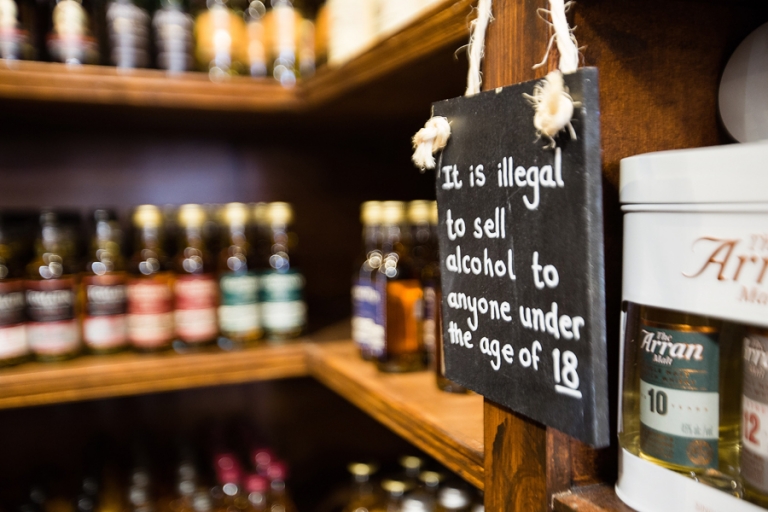 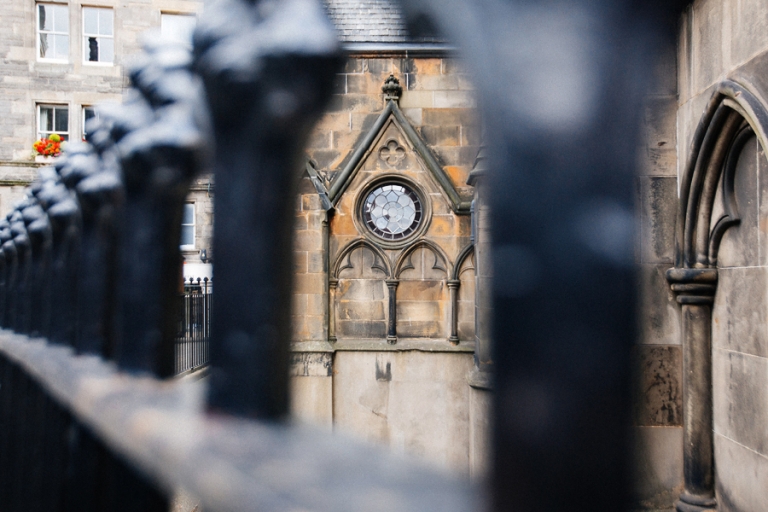 In addition to the fantastic weather we had during our week in Ireland, the weather continued to hold up while we gallivanted around Scotland, too. After all of the effort I put into searching for the perfect rain jacket for Ireland and Scotland, I never really needed it save for one chilly afternoon in Northern Ireland! We had clouds on the first day in Edinburgh, and then it was sunny blue skies and even a little on the warm side for the rest of our visit. So the lesson here is that if you want great weather in Ireland and the UK, spend a good bit of time and money on a rain jacket search. 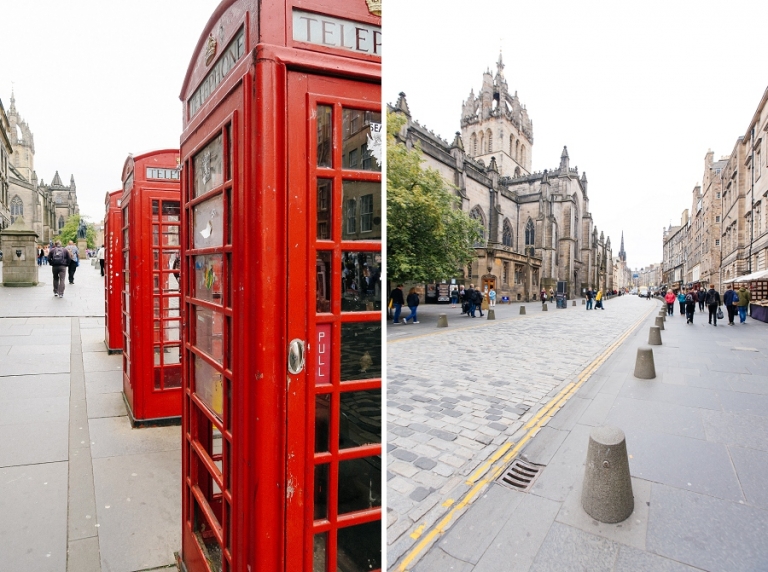 There are plenty of places to duck in though if you aren’t so lucky with the weather: the Scottish National Gallery, the National Museum of Scotland, or maybe one of the underground ghost tours. If you’re interested in cathedrals, St. Giles’ Cathedral is breathtaking inside (and photography is allowed in exchange for a small donation). 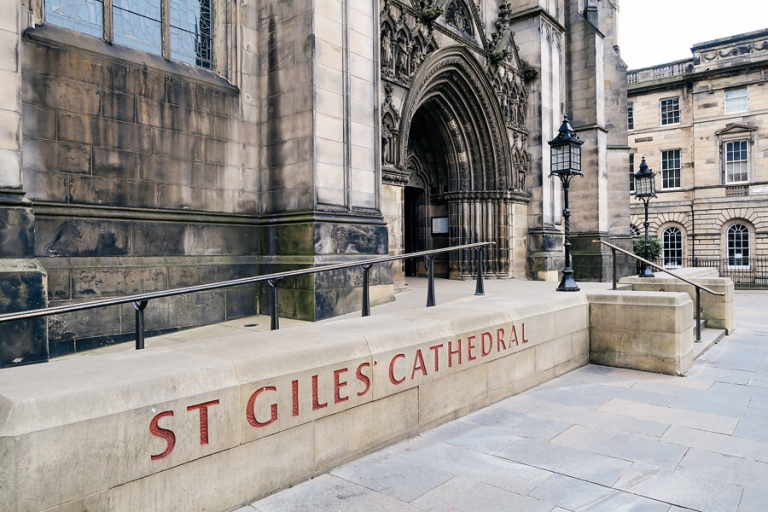 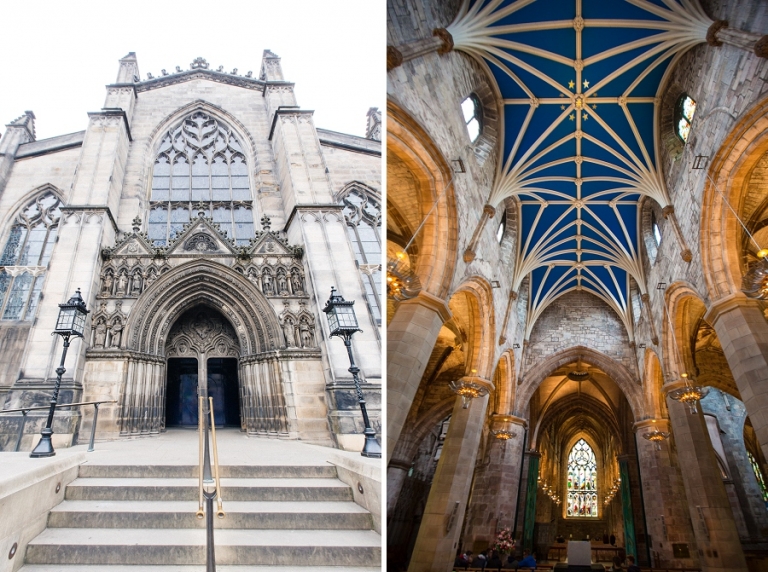 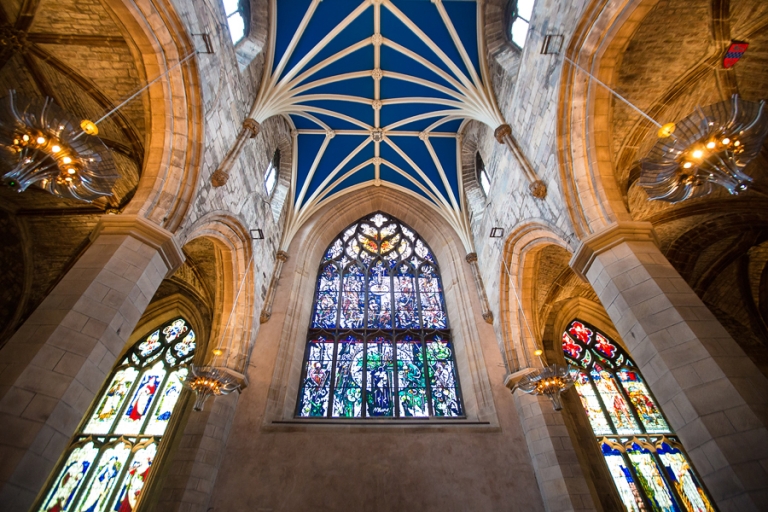 We didn’t tour Edinburgh Castle or Holyrood Palace because of the crowds while we were there, but it was enough for me just to see the beautiful architecture from the outside. I’ve put both tours on the list for next time. And speaking of crowds, now that I’ve seen what Edinburgh looks like on a typical day, I would actually be willing to go back during Fringe Festival, the world’s largest arts festival that fills the streets with over two million attendees. (My brother attended and loved it, and I think he was disappointed that I purposely avoided it this trip.) 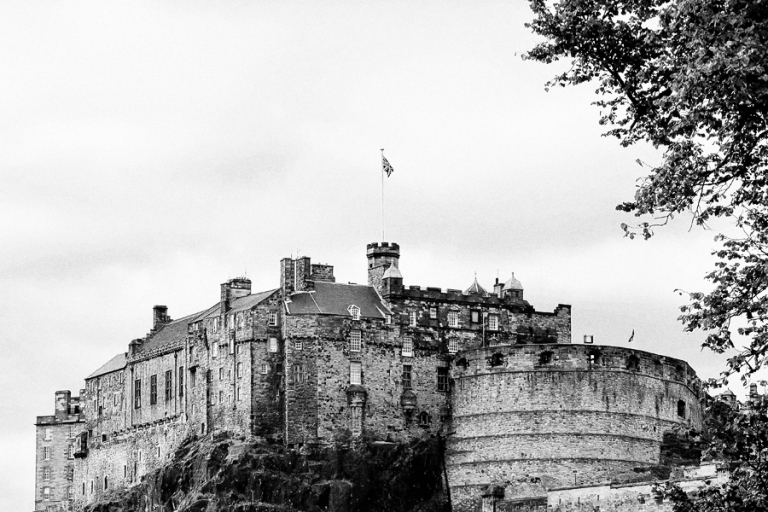 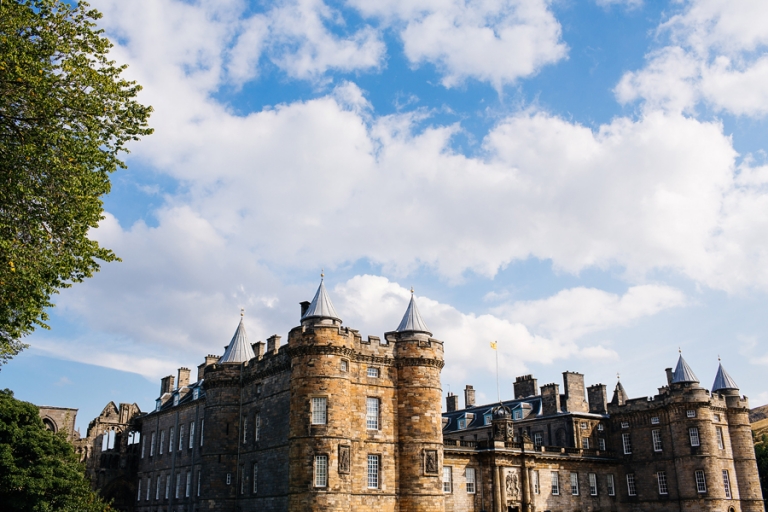 With only a limited amount of time in the city and a long to-do list including a day trip to Stirling, I knew we needed to choose our tours carefully. We decided on The Real Mary King’s Close tour for a dose of history and we enjoyed it. Unfortunately, photography wasn’t allowed on the tour (one of my least favorite things to hear), but I highly recommend it for a fascinating and slightly creepy look into Edinburgh’s hidden streets and underground world. After returning home with one of the worst colds I’ve ever had, I couldn’t help but wonder if being in a dank room on the tour where people actually died from the pneumonic plague was the culprit. But I can assure you, as I’m writing this post two months later I have fully recovered. 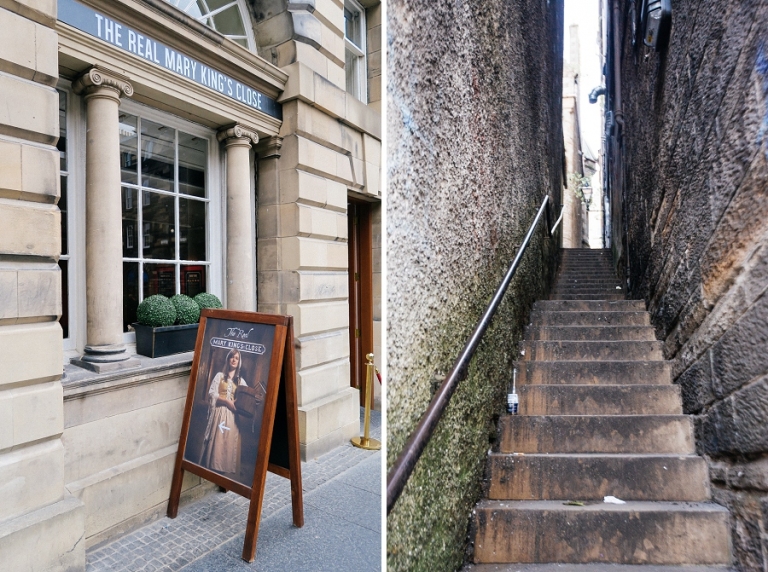 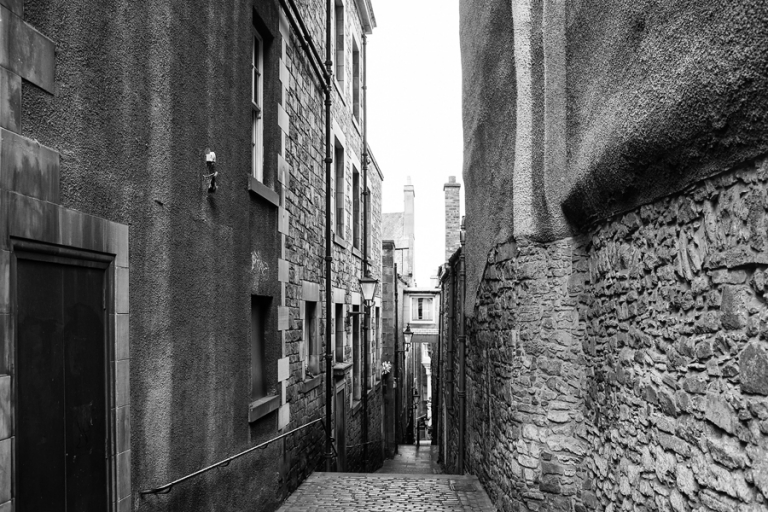 My most favorite areas of Old Town were beyond the Royal Mile. We loved exploring Victoria Street and the Grassmarket area, and we hung out at Sandy Bell’s one night for a traditional folk music session. A Harry Potter-inspired tour of Edinburgh also took us through some of the southside area, but more on that in an upcoming post. 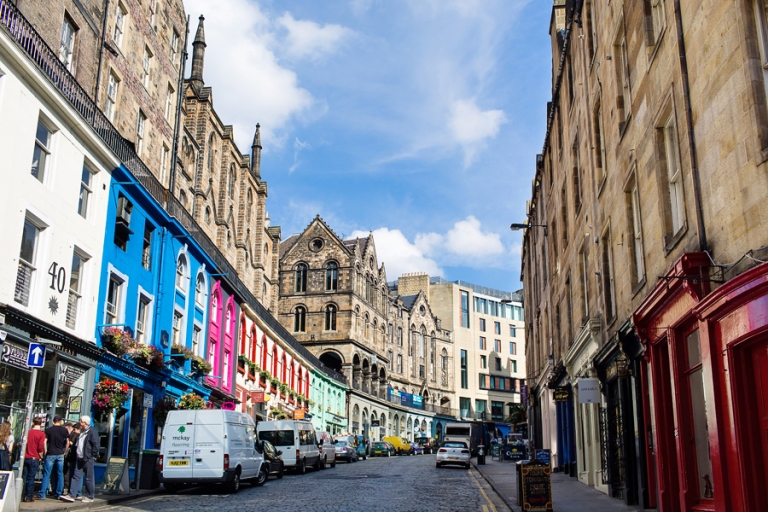 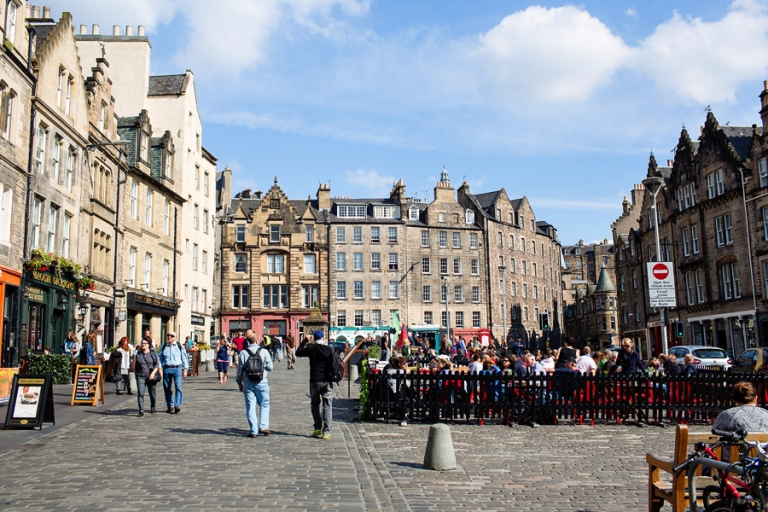 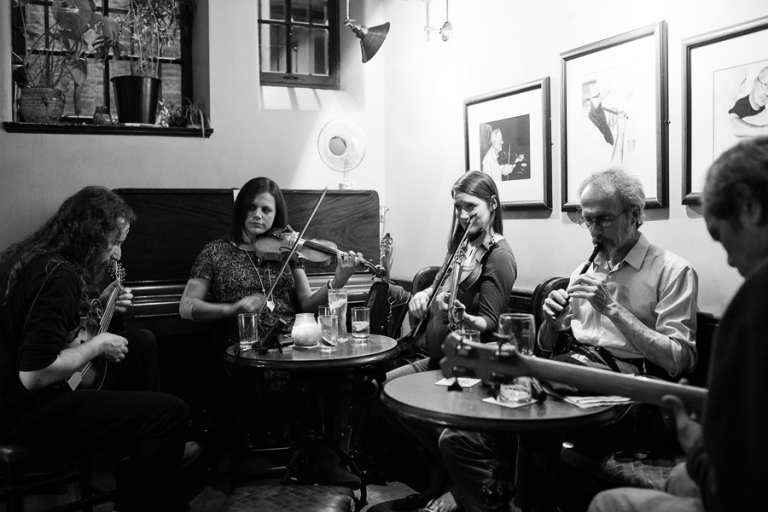 We didn’t spend a ton of time on Princes Street, but we did go visit the gardens and took a pricey-but-fun spin on the ferris wheel. And I grinned goofily over this bagpipe player more than I care to admit. 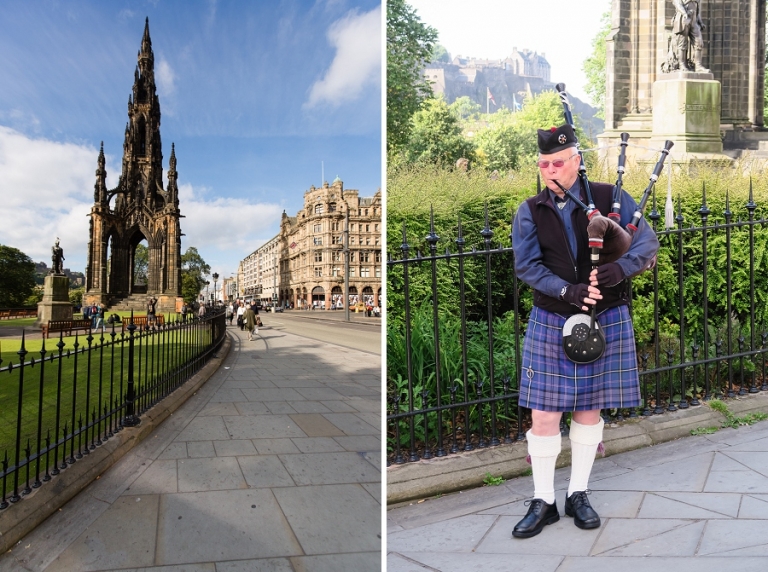 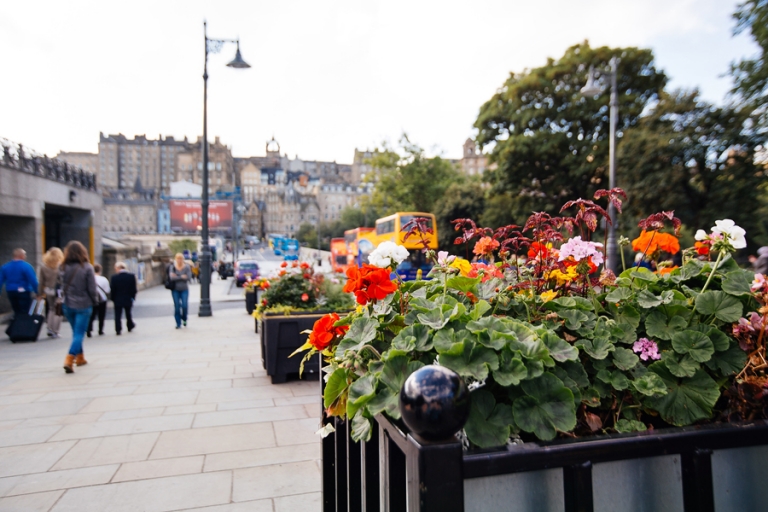 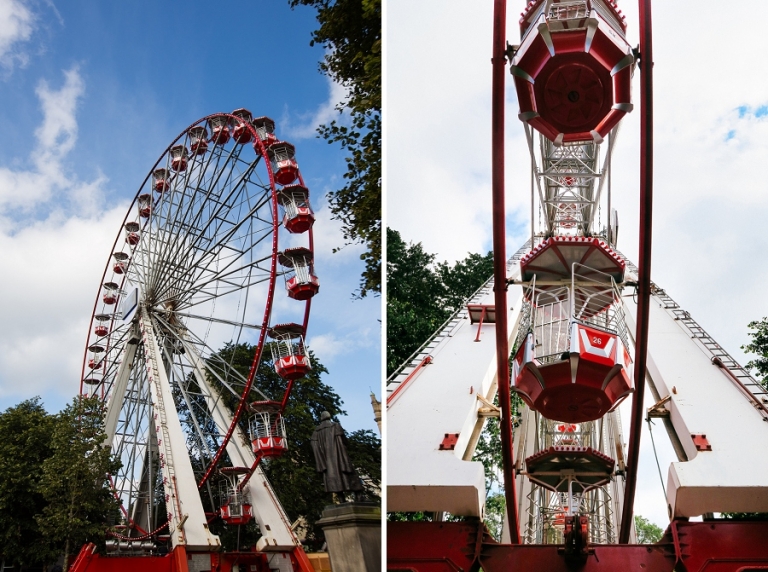 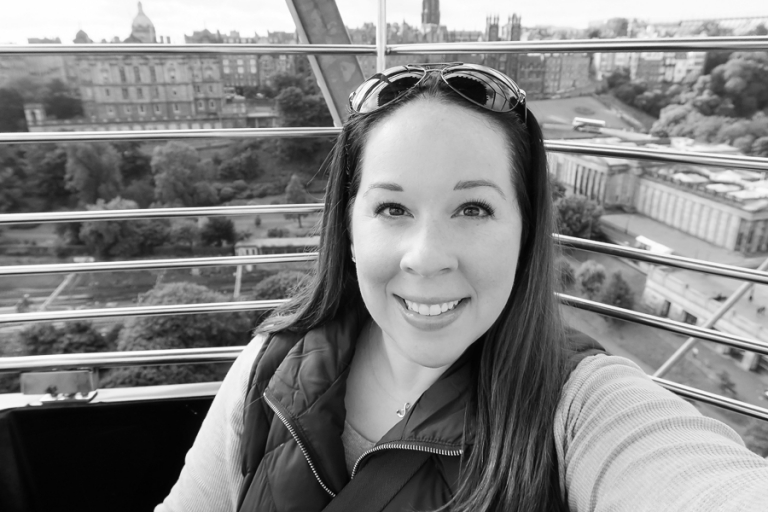 On our last morning in Edinburgh, I took an early stroll up Calton Hill for some fantastic views of the city. Poor Chris came down with a bad cold the last few days of our trip (the one I caught once we returned home) so he stayed behind.

One of my most favorite moments in Edinburgh happened there while sitting on a park bench behind the Nelson Monument. I had the hill all to myself for a good ten minutes before any other tourists showed up. I ate my banana in the quiet and watched the sunlight slowly wash over the buildings. Having a quiet space to myself, even for just a short time, gave me that tranquil feeling I often crave and it was nice to know I can find peace even in a bustling city. And a bonus, I’m pretty sure I worked off that fried Mars bar with the hike up and back. 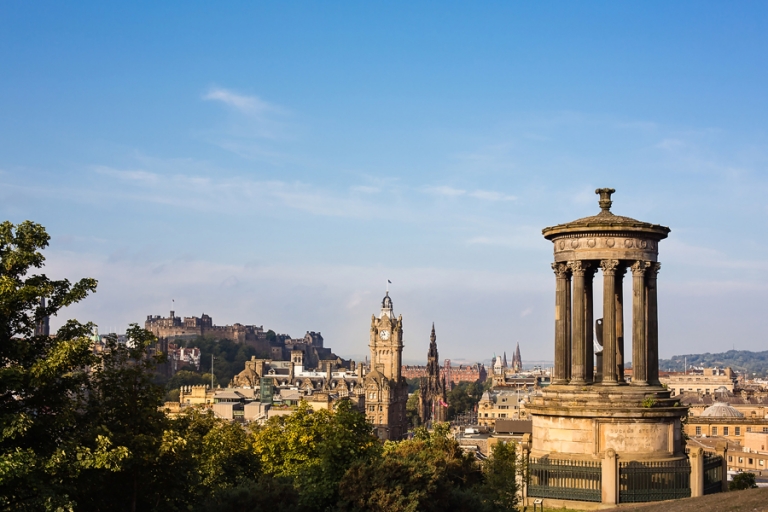 So there you have it, the city that just might have changed my mind about big cities! I’m ready to take on a few more next year as we head back to Europe. We’re even planning to attend a couple of festivals!