I have no idea how it began. I don’t have a specific story to explain the root of my unofficial/undiagnosed arachnophobia. I have plenty of dramatic spider memories in general, but not one where I can pinpoint the source of my fears.

There was the time I was getting ready for school in 5th grade where, standing in front of the bathroom mirror, I looked at my reflection and noticed something black moving against my white pleated skirt. A terrified glance down my side confirmed that it was an eight-legged beast (maybe the size of a quarter). As I flailed around, waving my arms in attempt to dislodge it from my clothes, it just clung to the fabric probably hanging on for dear life. Not being able to get it off of me sent me into sheer panic mode. My dad came running down the hall at the sound of my shrieks, the decibel of which probably indicated something exponentially more terrible was happening to me. (Sorry for the scare, Dad.)

I also recall a moment when I was sixteen – I was lying on my stomach on my bed reading a book when something other than the current page suddenly came into my line of sight. My eyes switched focus away from the text and onto a creepy brown spider at eye-level, dangling on a thin thread from above. For just a split-second I stared at it, trying to make sense of the scene. But then I screamed so loud that the vibrations from my yelp startled the spider and it immediately doubled-back up the strand of silk, scrambling quickly toward the ceiling. Now that I think of it, perhaps he was just trying to start a polite conversation like, “Hey, whatcha reading? Oh, that looks like a good story – I’ll put it on my list.”

The memories continue. Once when I was in the car with Chris, a small spider sent me into a hyperventilating fit and I catapulted myself into the back seat. There was also the wedding we photographed one summer where the outdoor venue was covered in spiders from every angle – one even landed in my hair. I’m not sure how I made it through that day. And just the other night, I was at the gym stretching in the cushy mat corner of the room post-workout when a very large spider crawled within inches of me. I screamed (see a pattern here?), leapt up from the mat, and the desk manager heroically remedied the situation with a towel and her foot.

Sigh. I can’t say I’m actively taking steps to get over this fear. My dad recently mentioned to me how funny it is that I’ll try just about any kind of adrenaline-filled adventure, but I’m terrified of a little spider. It’s true! I’m trying not to let my spider fears get in the way of any of those adventures though. While researching Belize for an upcoming trip, I did come across several photos of tarantulas in some of the jungle areas we plan to explore when we’re there next year. And I shudder at the thought of the morning we were in Tortola when I awoke to the sight of a giant arachnid across the bedroom, hanging on the drapes. This thing was huge – the kind too big to squish. Chris had to collect it in a cup and fling it outside.

Sadly, I’m sure I’ll cross paths with many more spiders in the future, but I’m pressing on and hoping our travels are mostly spider-free. And really, there are more debilitating things I could fear – flying, being out in public, or even alliumphobia, the fear of garlic. That’s a real phobia!

I don’t have any photos of spiders to accompany this post because I don’t photograph spiders, so here is a basket of kittens instead (taken during a pet photography class many years ago). Super cute, and not scary at all. 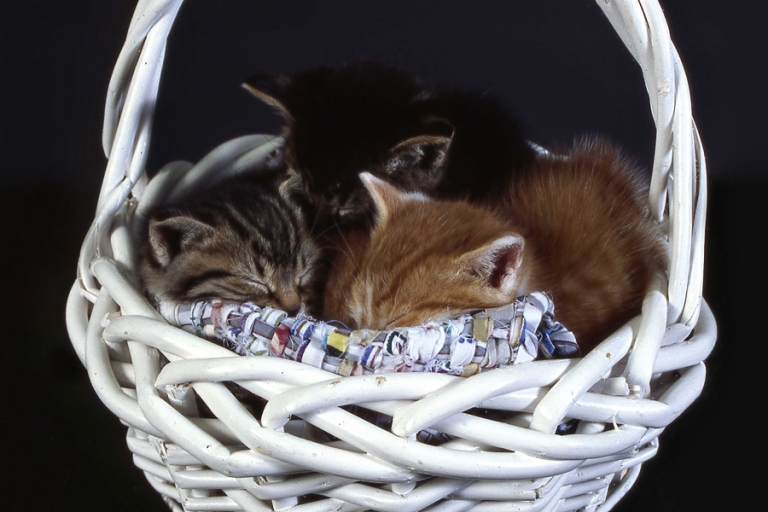