Food, Fun, and Festivals in Glasgow

Chris and I are huge fans of The Killers and CHVRCHES, so when we found out that both bands were playing at TRNSMT Fest in Glasgow, Scotland, we immediately set our calendar reminders to buy tickets as soon as they went on sale. Chris had also been itching to visit Speyside, so we decided to extend our July 4th holiday into an extra long weekend in order to cover the festival and the whisky trail.

On the eve of July 3rd, we hopped on an overnight Icelandair flight to Glasgow and found ourselves celebrating Independence Day the next morning in the United Kingdom. A bit ironic perhaps, but we couldn’t think of a better way to spend our holiday!

We stayed at the Radisson Blu Glasgow, just steps away from Glasgow Central Station and one block from the car rental office where we planned to pick up a car the next day for a road trip to Speyside. Our room was super clean, comfy, and convenient! 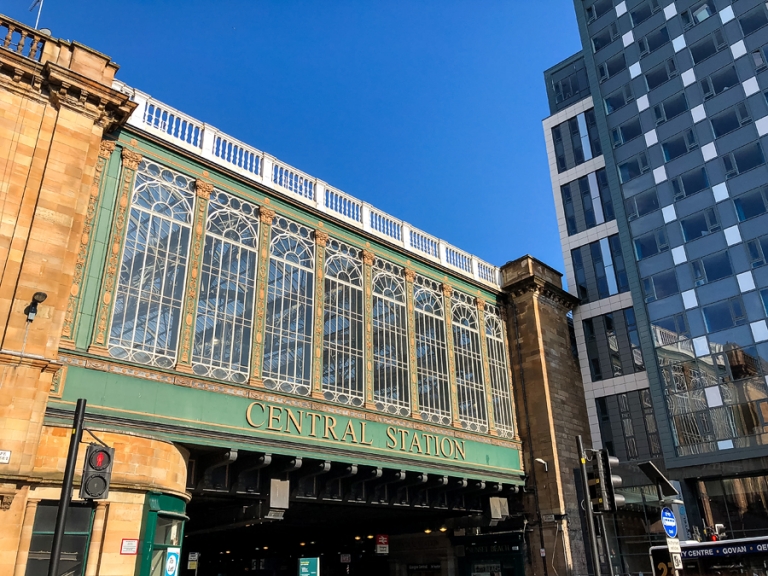 In an effort to beat jet lag and make the most out of our first of two days in the city, we set out on foot after getting checked in to explore and to find some lunch. Glasgow is quite walkable, and we had an incredibly gorgeous summer day to enjoy a sleep-deprived stroll. 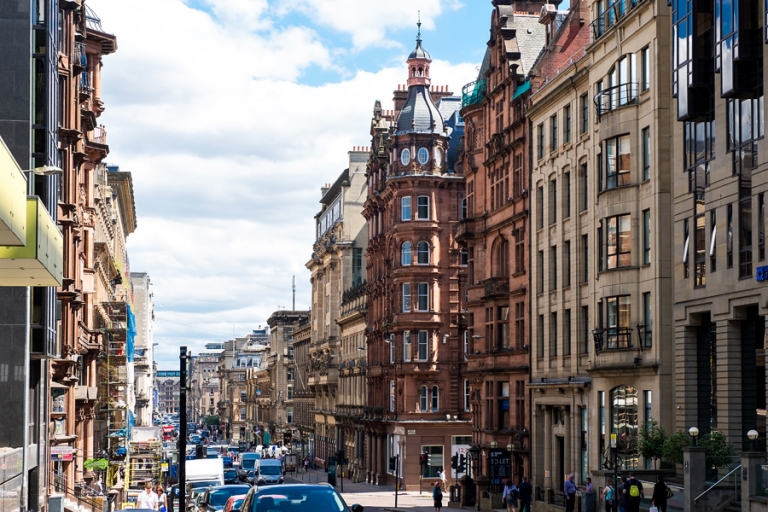 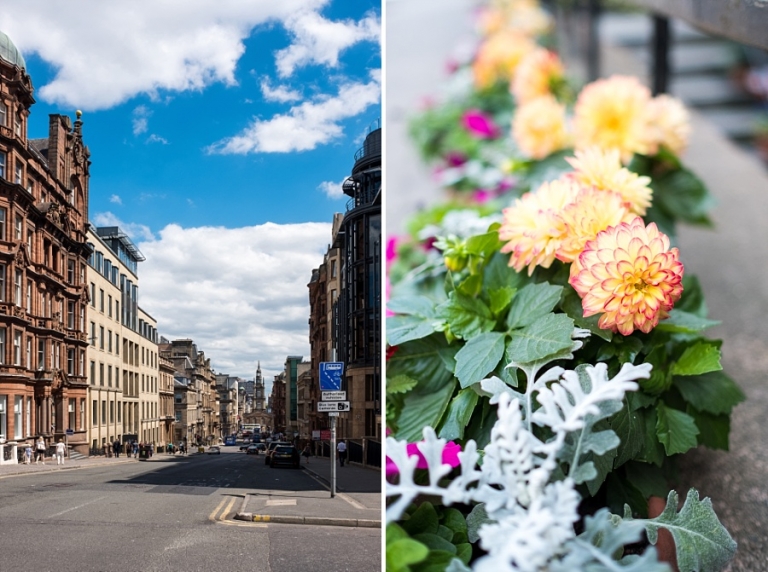 I suppose it’s somewhat cliché, but as soon as we touch down in the U.K. I always instantly crave fish and chips, so we stopped into The Butterfly and the Pig for the traditional dish. And when I say we stopped in, I mean first we accidentally seated ourselves in the tea room upstairs before realizing the full restaurant was downstairs. Oops. It was worth the minor embarrassment though –  our delicious meals hit the spot. This was actually my first time trying mushy peas and I loved them! How did I miss this comforting side dish the first three visits to the U.K.? 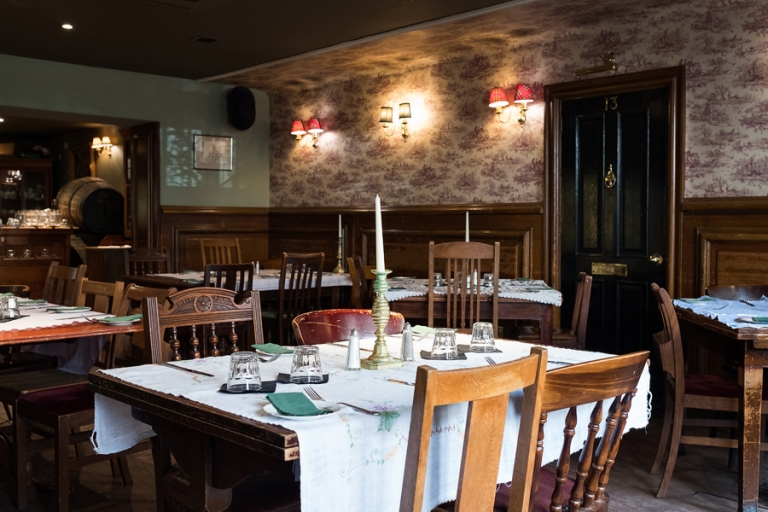 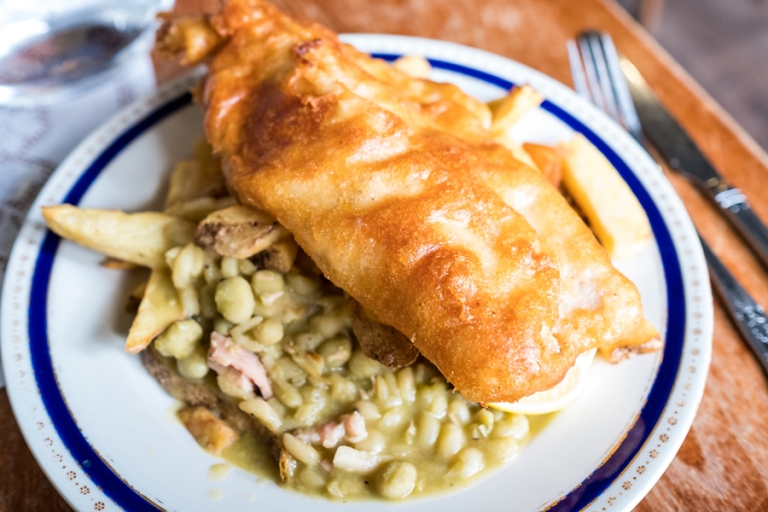 Operating on no sleep from the previous night, we decided to give in to a bit of laziness and booked tickets on an open-top bus tour. We’ve done these bus tours a couple of times in different cities and it’s such a great way to cover a lot of ground in a short amount of time. Our guide, Peter, kept us perked up with hilarious and informative commentary. 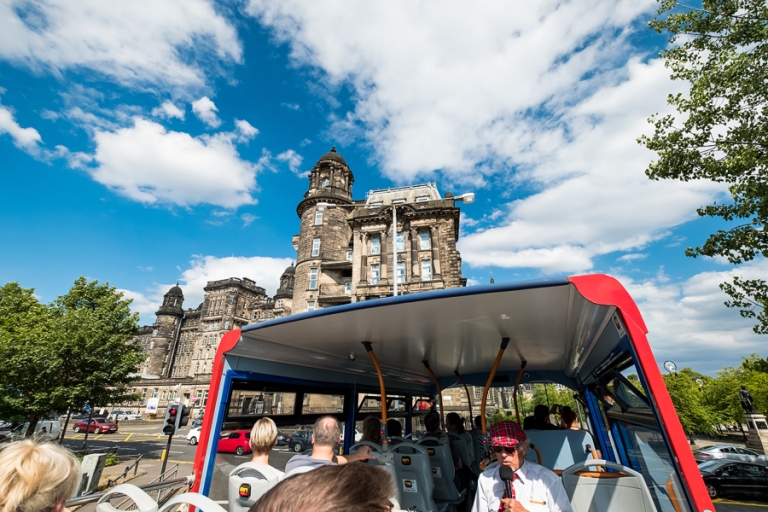 We were treated to some of Glasgow’s most beautiful sites including Glasgow University, George Square, and Glasgow Cathedral. Sometimes we use the hop-on-hop-off bus as transportation to reach the major sites, doing the hopping on and hopping off thing, but this time we just stayed on the bus, enjoyed the fresh air, and listened to the guided tour since we were short on time and energy. 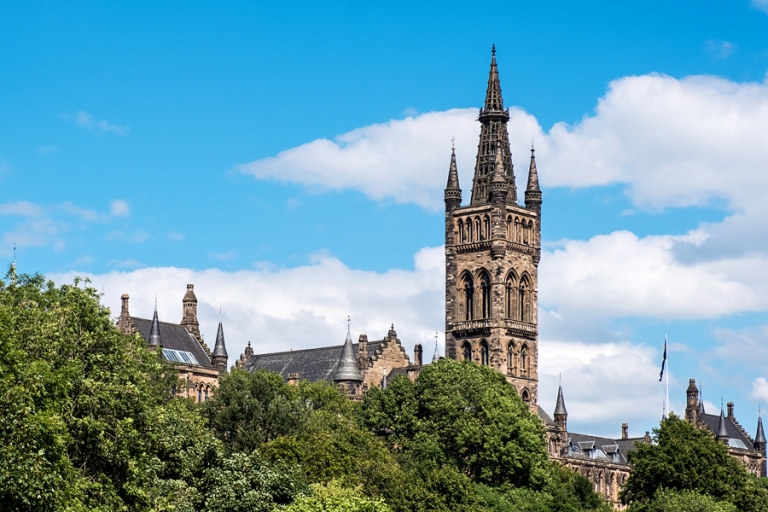 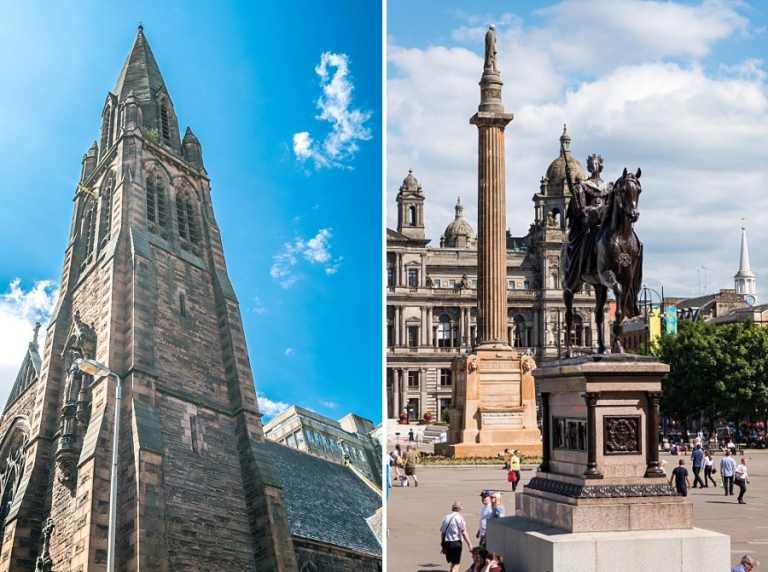 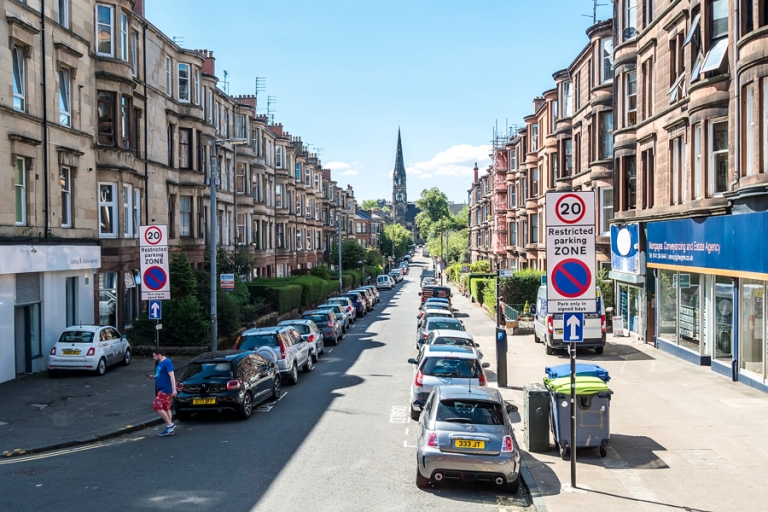 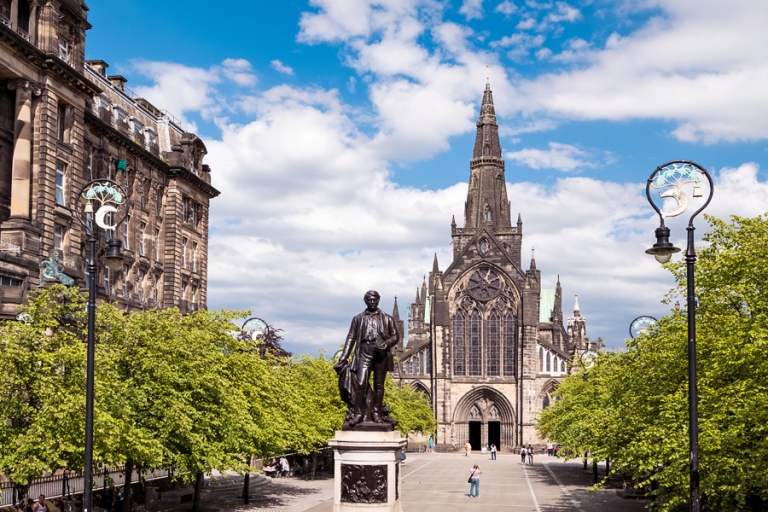 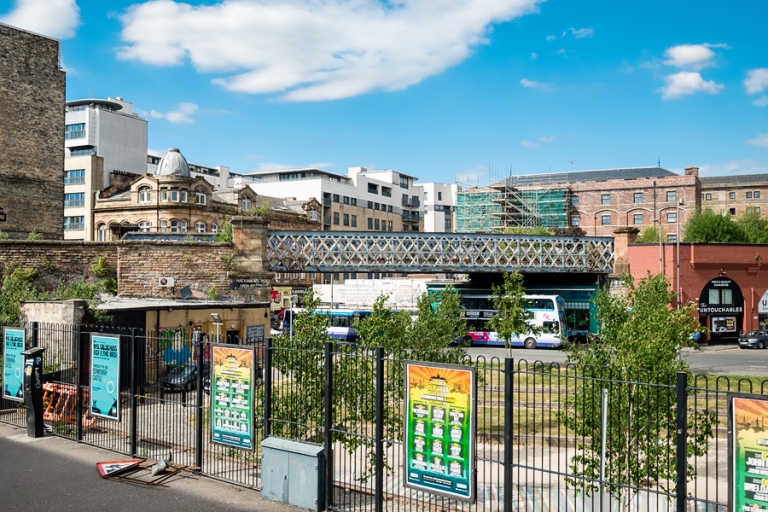 One of our quirky travel traditions is eating Mexican or Tex-Mex food in every country we can find it (once we’ve already covered the local cuisine as much as possible), so we continued the tradition at Topolabamba for dinner. We indulged in various margaritas and street food small plates, and we would definitely eat there again if/when we get to return to Glasgow! 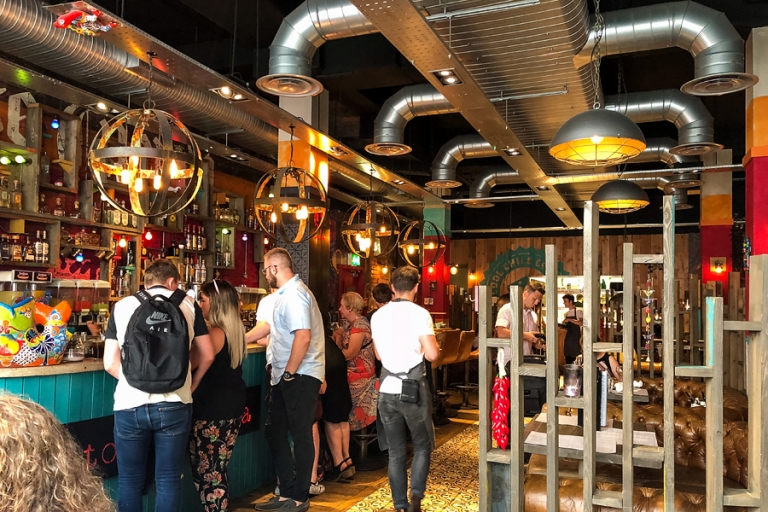 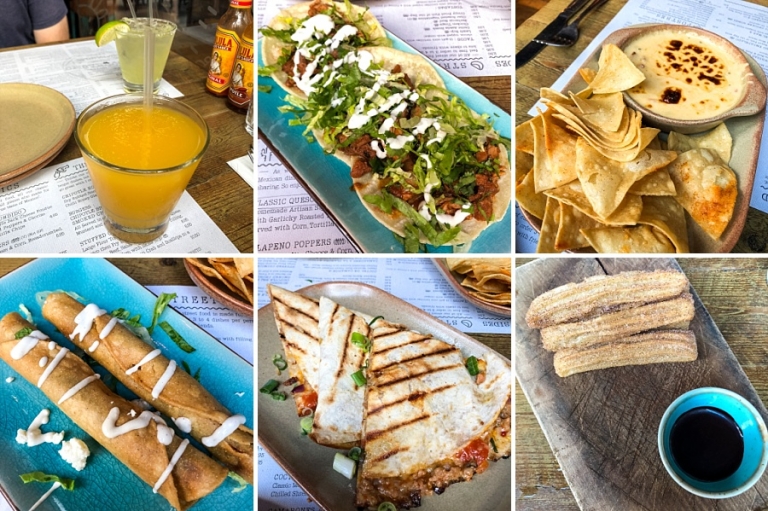 Our Mexican dinner (promptly followed by passing out at our hotel) wrapped up our first day in Glasgow. The next morning we walked down the street to pick up our rental car and set out on a road trip to Speyside. We spent three days wandering the whisky trail and tasting Speyside’s finest, and then we returned to Glasgow for TRNSMT Fest. A Speyside whisky adventures post is up next, but first a few images from our time at the festival! 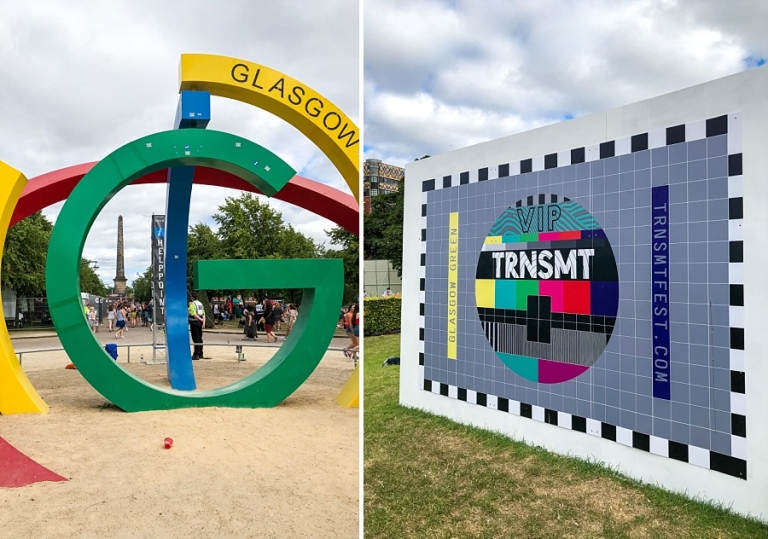 Oddly enough despite our love for live music, this was our first time attending a big music festival, so we didn’t really know what to expect except maybe large crowds and pricey drinks. I’m not a huge fan of crowded places (an understatement) so we purposely didn’t show up as soon as the gates were open and although TRNSMT is a multi-day event, I only purchased one-day tickets for the same reason. Spoiler alert: we had tons of fun! But one day was plenty.

We rolled into Glasgow Green mid-afternoon knowing that our favorite bands would take the stage later in the evening. In the image below, the red arrow points to our spot for the night after wandering the grounds and grabbing drinks and snacks. It was fairly unobstructed with a good view of the stage! 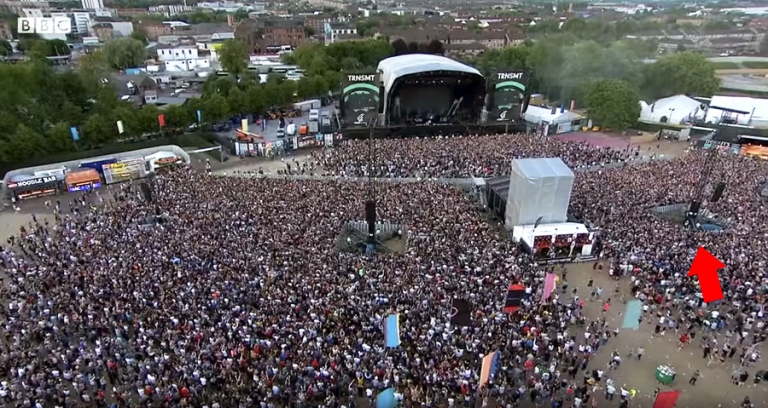 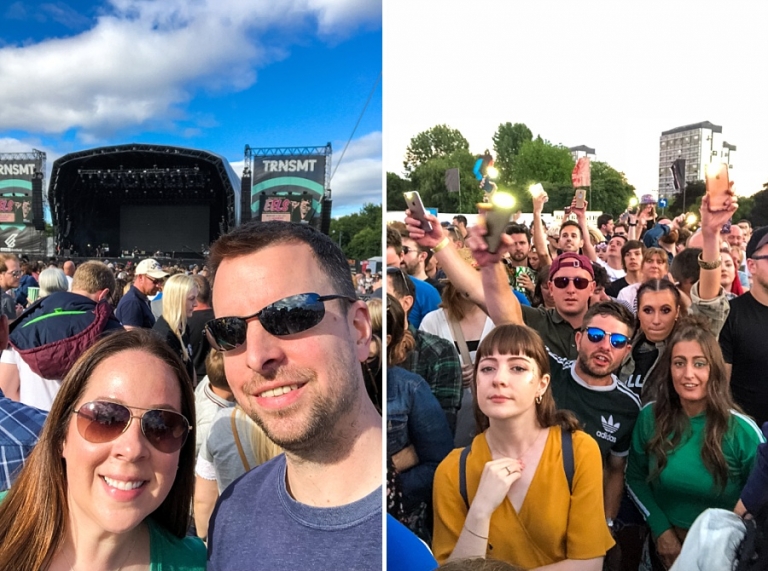 Franz Ferdinand played a really great set to an energetic audience, and then the crowd seemed oddly mild-mannered for CHVRCHES, but when The Killers took the stage everyone went bonkers. I’ve never seen so much energy at a show. With nary a spare inch of personal space (eek!), we were literally swept up in the movement and excitement of the people surrounding us. People chanted and danced and sang every word at full steam. Several times a very joyful Scottish woman grabbed both Chris and me by the arms and pumped our limbs into the air with hers. I was laughing so hard and enjoying myself that I overcame any anxiety about the crowd level, and we had a great time! 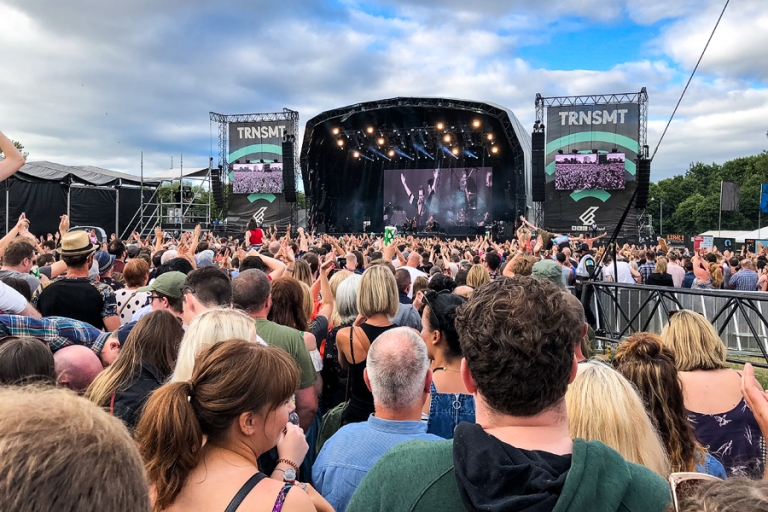 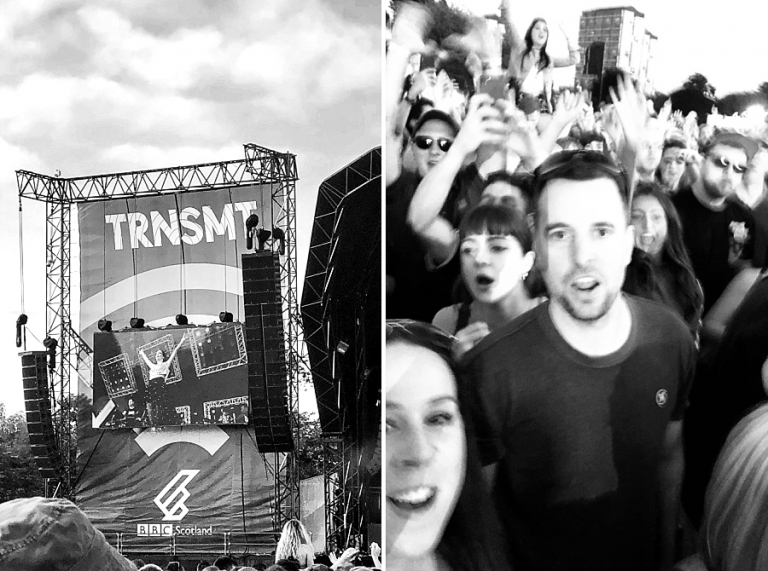 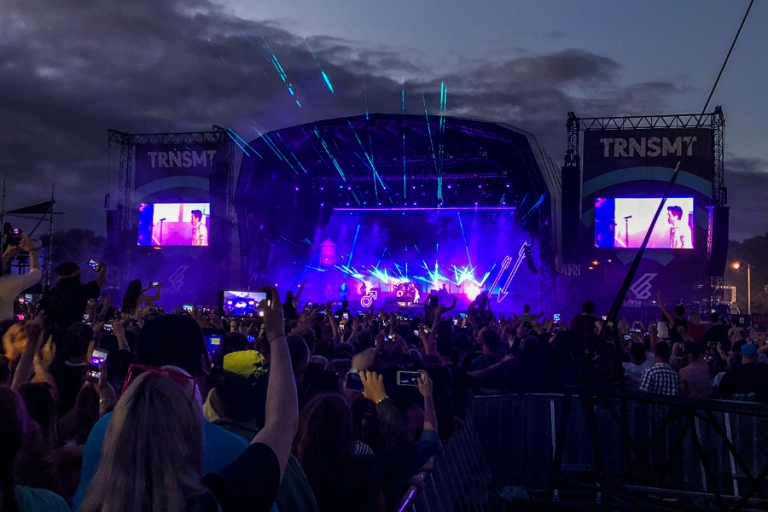 The festival went off without a hitch as far as I could tell. Drink lines moved swiftly, security at every gate eased my mind, and since Chris and I opted for VIP tickets we were treated to the upgraded restroom situation, a very nice perk.

So as far as music festivals go, I couldn’t think of a better place to experience my first one! The people of Glasgow sure know how to party. I’m glad we decided to put the rest of our trip before the concert. The next day we returned home to the States exhausted and happy from our quick jaunt to Scotland and we already can’t wait to return.

Up next: our three days in the Speyside area in which we managed to visit eight whisky distilleries!