Once again I’m a little behind in getting this one done, but I finally put together my Isla Mujeres snapshot post! 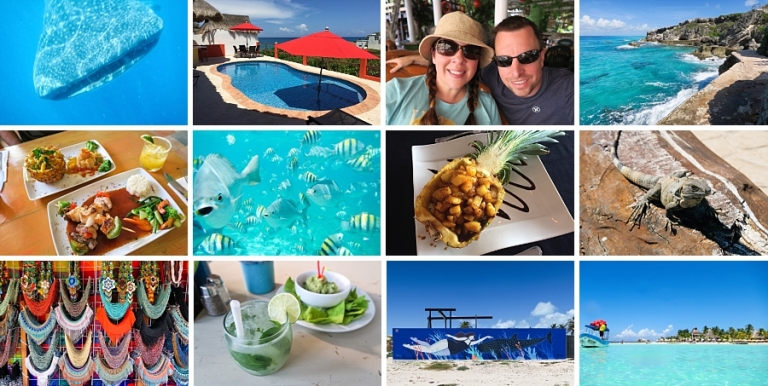 The entire purpose of our Isla Mujeres trip revolved around seeing whale sharks, so obviously the best moment was getting to do exactly that! More specifically, the very best moment was the first time we entered the water sans cameras so we could simply enjoy the experience. We plunged into the deep not knowing what to expect, and after merely a minute of being in the water, there they were larger than life – whale sharks, swimming right alongside us. It’s one of my most favorite travel moments so far. 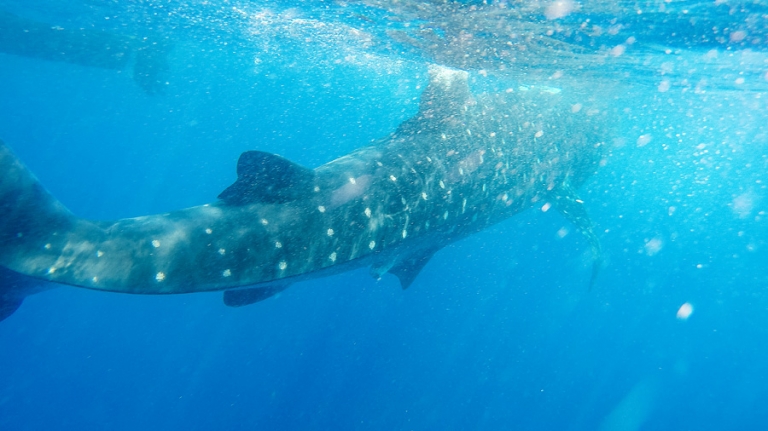 Other than the five-hour delay of our flight coming back home from Cancun, the winner for Worst Moment really wasn’t that big of a deal. Not surprisingly, it entails yet another weather-related incident! Unbeknownst to us, a wildly windy storm swept across the island as we slept through one night early in the week. According to what we could tell from the crime scene the next morning, the winds whipped into the patio table umbrella next to the pool at an angle that toppled the entire table. The glass top broke into a million little pieces, rendering the pool and patio unusable. Fortunately no one was hurt and no other damage was done, and this registered on the not-a-big-deal scale in the grand scheme of things.

Our incredibly sweet villa owner (also a Susan!) immediately swung into action right after we let her know what happened, and with the help of her villa manager and crew, the mess was cleaned up within hours and we were back to happy pool life. 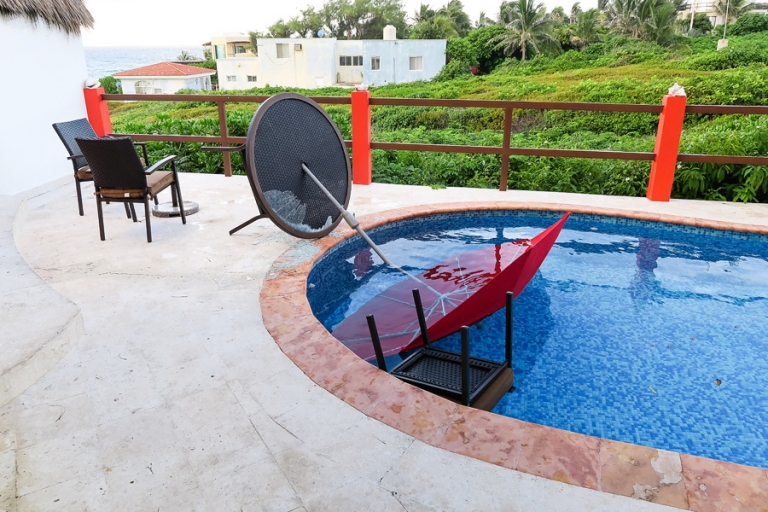 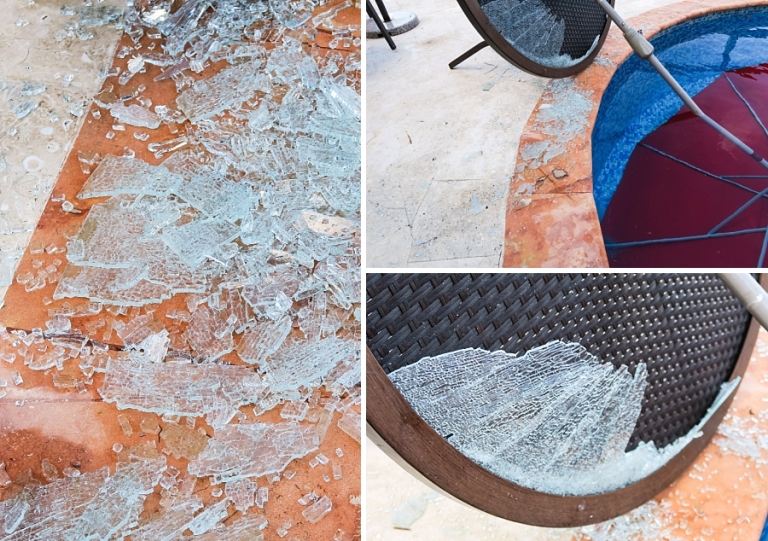 We loved the food on Isla Mujeres so much that it inspired me to write an entire post on the topic. Chris and I unanimously decided that our dinner and drinks at Green Verde earned the number-one spot, but I also really (really really) enjoyed our pineapple dessert at Limón. 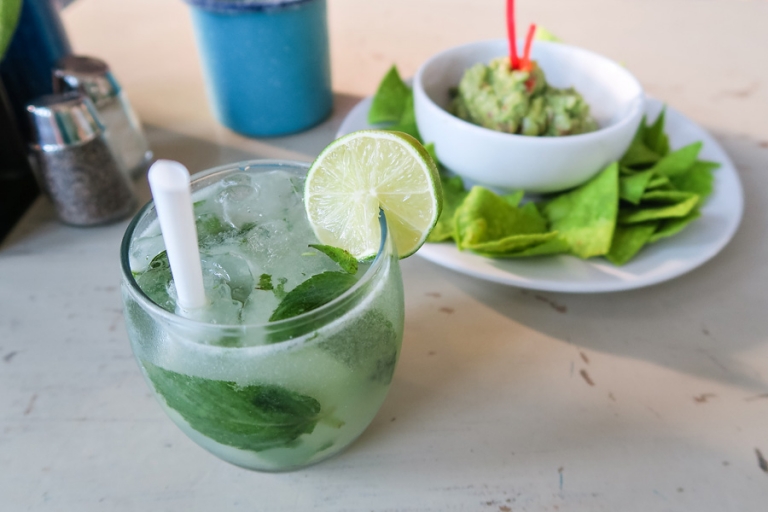 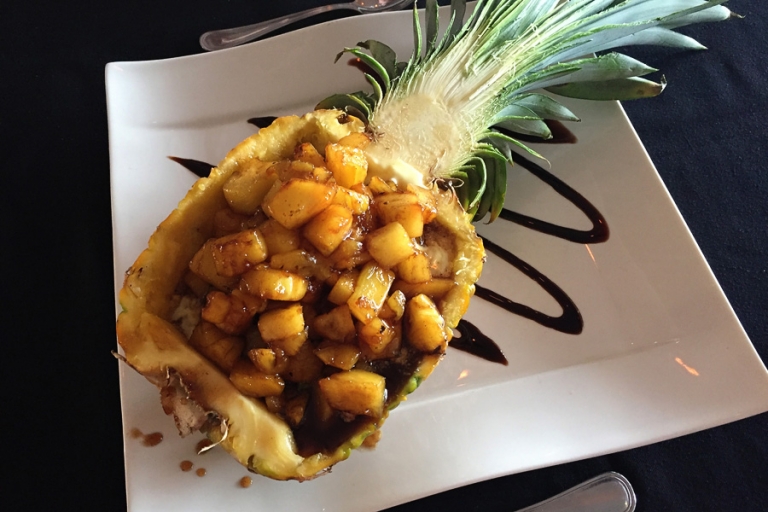 I learned that real, fresh coconut juice is saltier than I expected. 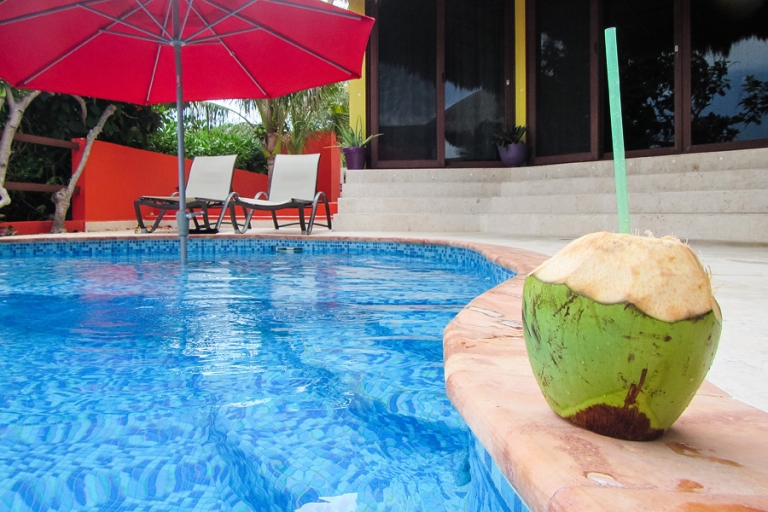 Our own fins. Keeping up with the whale sharks proved to be more work than I expected, and I was happy to have the comfort of well-fitted fins with which to chase after these guys!

Full-size bottles of sunscreen. The main grocery store on the island is totally legit! Chedraui has just about everything you could possibly want for your stay on Isla Mujeres, including several sunscreen options at very reasonable prices. (We’re used to seeing just one brand with a hugely marked-up price tag when we island-hop.) 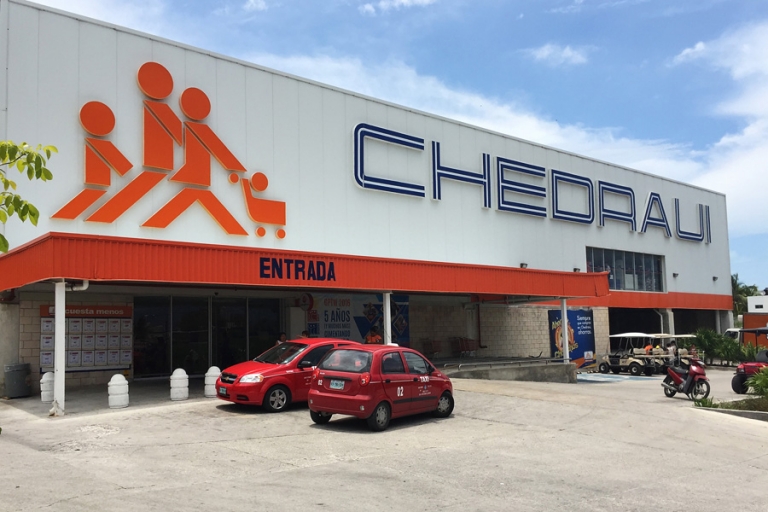 Originally we planned to spend a day off-island seeing Chichen Itza, but the temperatures were well out of my comfort zone. We lucked out with sunny skies nearly every day of our trip so I’m not complaining, but a heat index of 105 and up means I need to be no more than ten feet away from water (or a/c) at all times. Even with the promise of swimming in a cenote after the Chichen Itza tour, I just didn’t think I could enjoy the ruins so we took a pass on that excursion this time.

I would love another swim with the whale sharks! I hope to get to do it again someday soon. Also as mentioned above, we skipped a mainland visit to see Chichen Itza because it was just too darn hot. I wouldn’t have survived. So we’ll go back another time, maybe in the cooler months. But we weren’t completely void of getting to see Mayan ruins on this trip. We spent one morning at the Temple of Ixchel ruins on Isla Mujeres at what is basically the southern-most tip of Mexico. 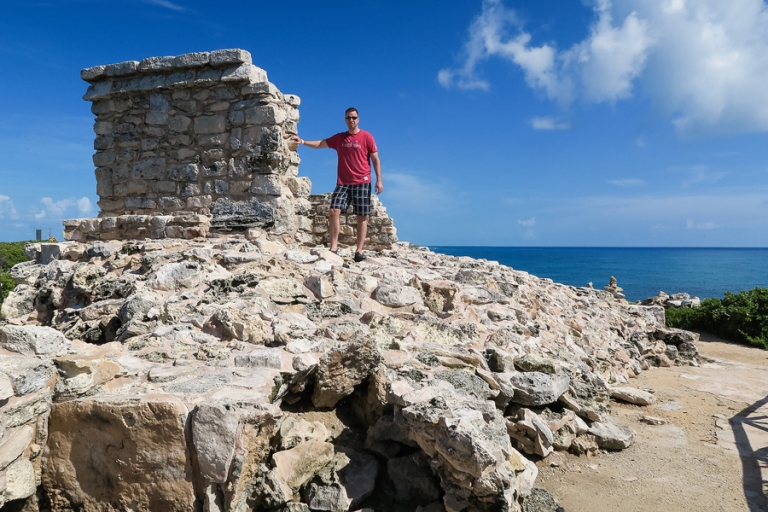 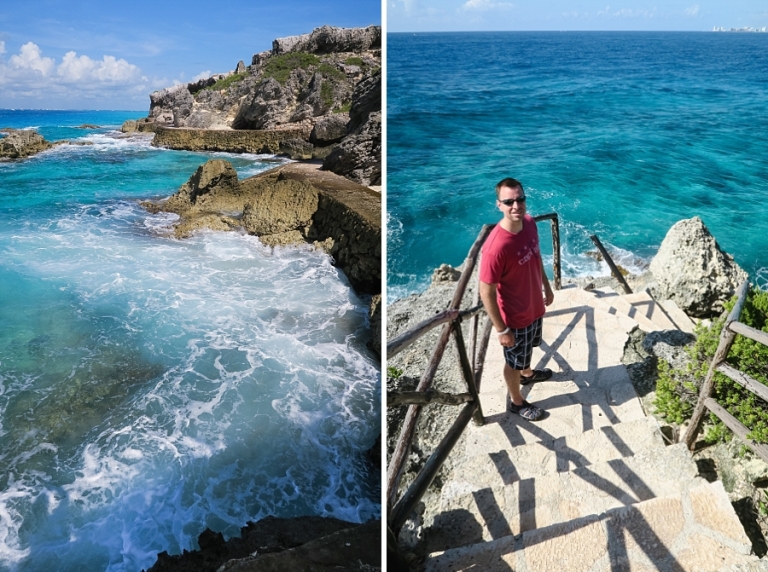 Hands-down, I’m most happy to have captured this shot. It brings back such great memories! And it kind of looks like he/she is smiling. 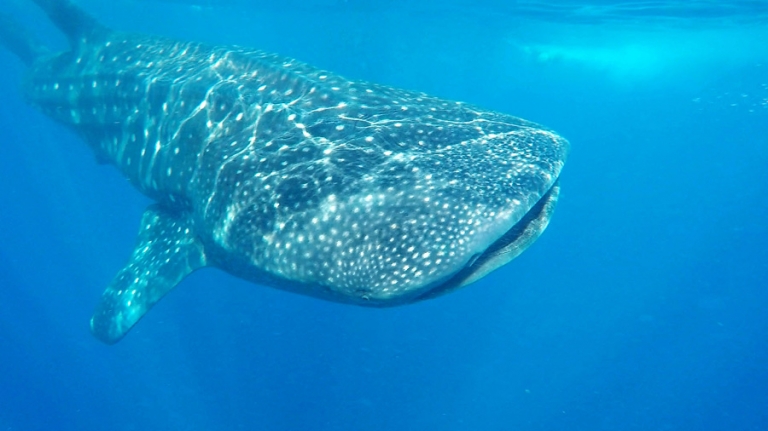