Like many travelers who make plans for Peru, my ultimate goal was to see the magnificence of Machu Picchu, and our trip would not have felt complete without a visit to the ancient citadel. And for most of the morning and afternoon on Day Six, we thought we would miss out on seeing it. But late that day, we made it to Aguas Calientes, and on Day Seven of our Lares Adventure we did see Machu Picchu! And it was indeed magnificent. 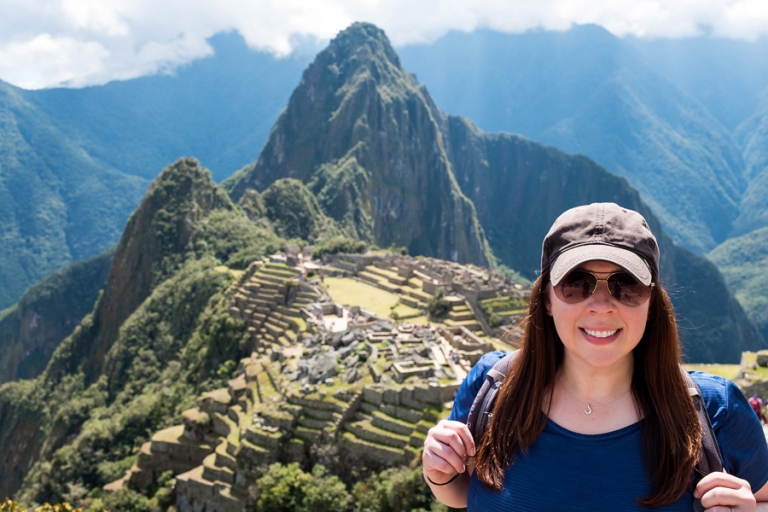 But let me go back to the start of our time in Aguas Calientes. We arrived by train around 7pm and walked from the station to our lodging for the night, the Inkaterra Machu Picchu Hotel. The hotel grounds are breathtaking, but after having sort of a stressful day I just didn’t have it in me to take many photos. Plus by the time we ate dinner and arrived to our rooms, it was dark. And we left first thing the next morning to try to beat the crowds to Machu Picchu. All of this is to say I did not end up taking photos of the beautiful hotel.

But we did have some time after our tour of Machu Picchu to do a little bird watching – the Inkaterra is home to dozens of hummingbirds! 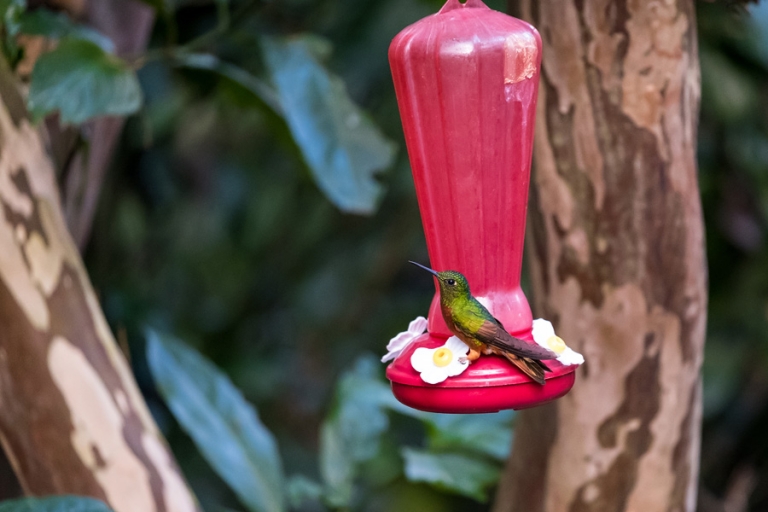 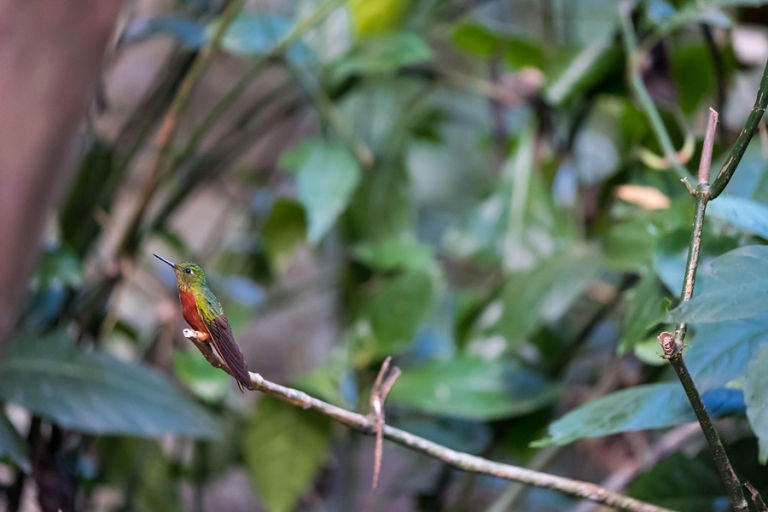 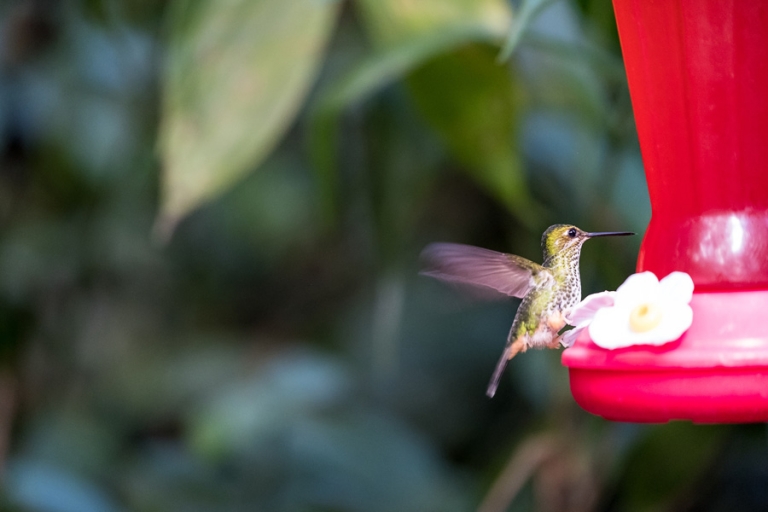 Despite getting to the line for the bus by 8:15am, there was quite a queue already formed. But the line moved fast, and I think we only waited for maybe twenty minutes. And I was too excited to care! We were going to see Machu Picchu! 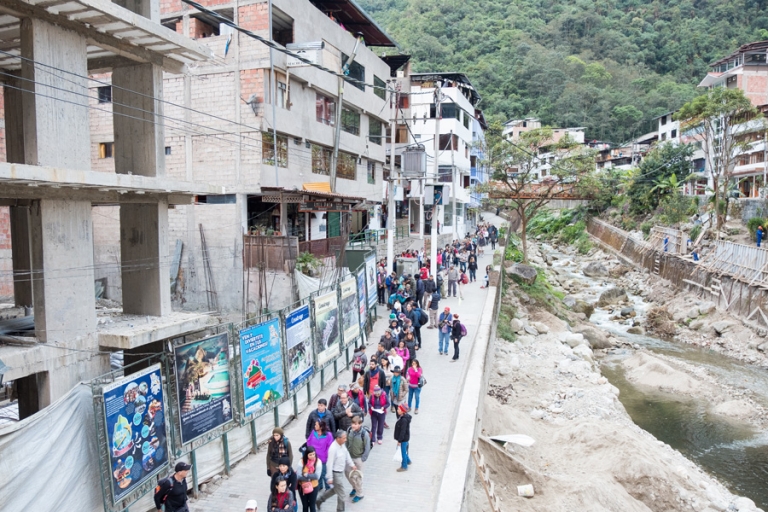 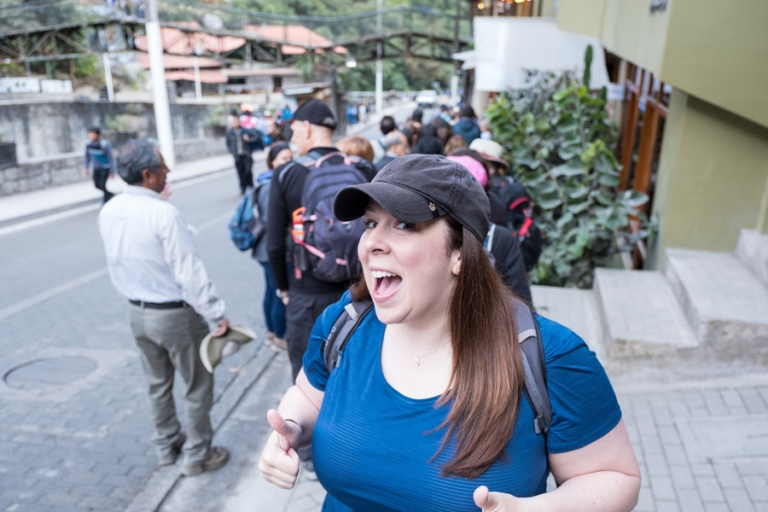 Our bus ride up the long and winding Hiram Bingham Highway took us right to the entrance of Machu Picchu and we were the only ones there! Just kidding. Everyone else in the world was there, too. But still…Machu Picchu! 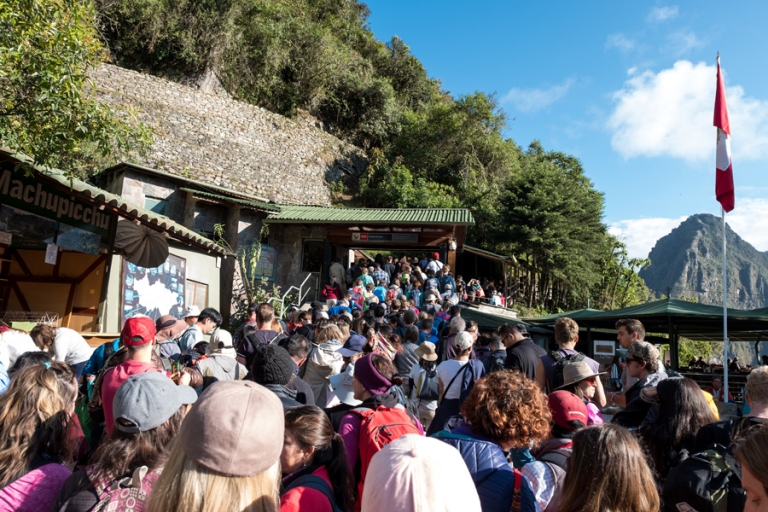 After waiting in that line and getting our tickets scanned… 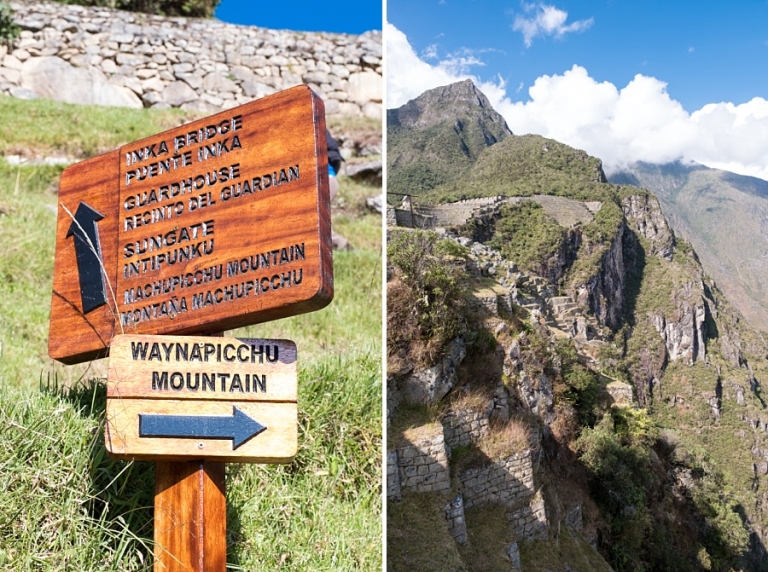 …we walked up a path and turned the corner to see this! 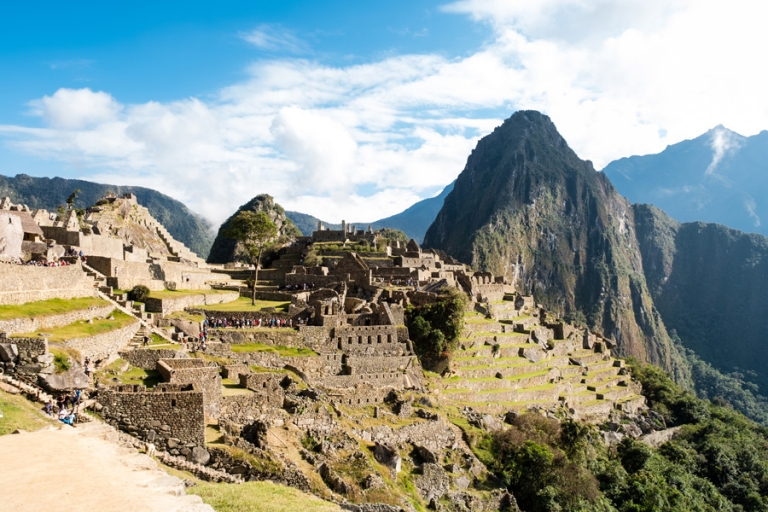 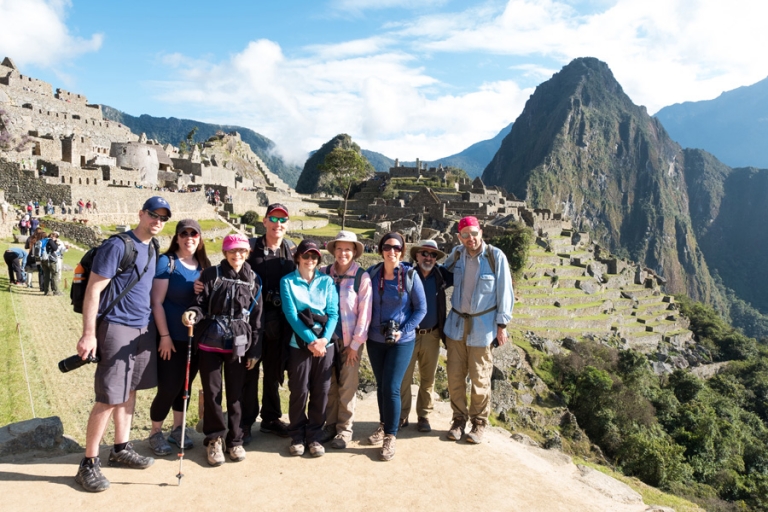 Group photo with one of the New Seven Wonders of the World, check! We went on to tour the grounds and the various structures, and we learned about the religious, ceremonial, and agricultural aspects of each area. I’m especially fascinated by the astronomical features of the Inca sites. The Incas worshiped the sun, and they aligned their structures to tie into the sun’s movement on significant ceremonial dates. Eddie pointed out several features of Machu Picchu that illustrate how the Incas honored the sun.

Oh, and there were also llamas! 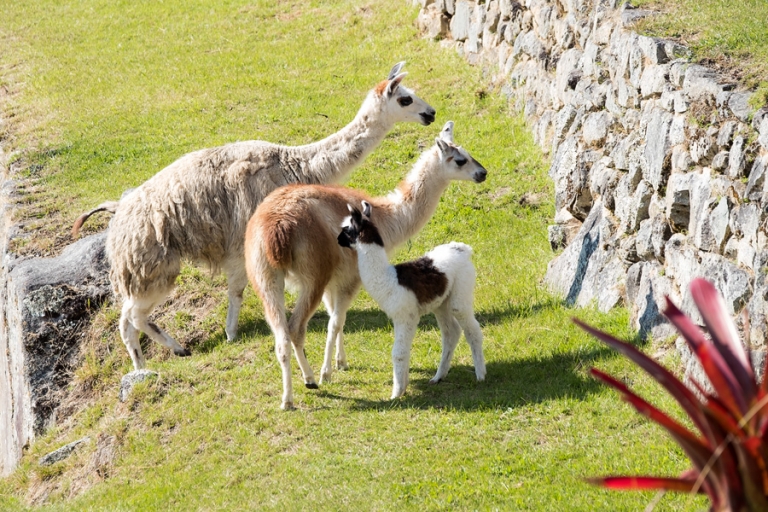 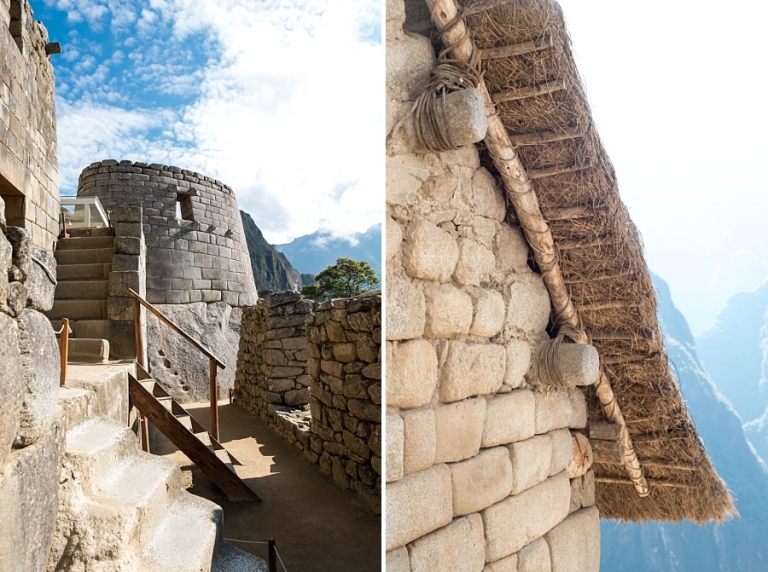 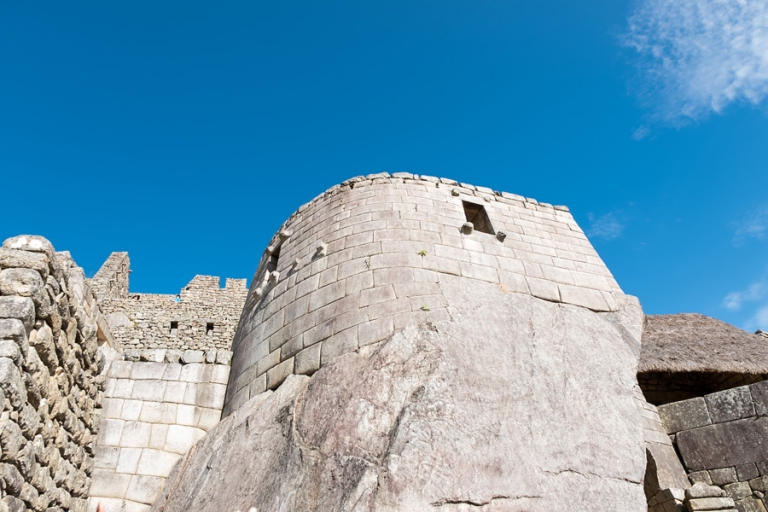 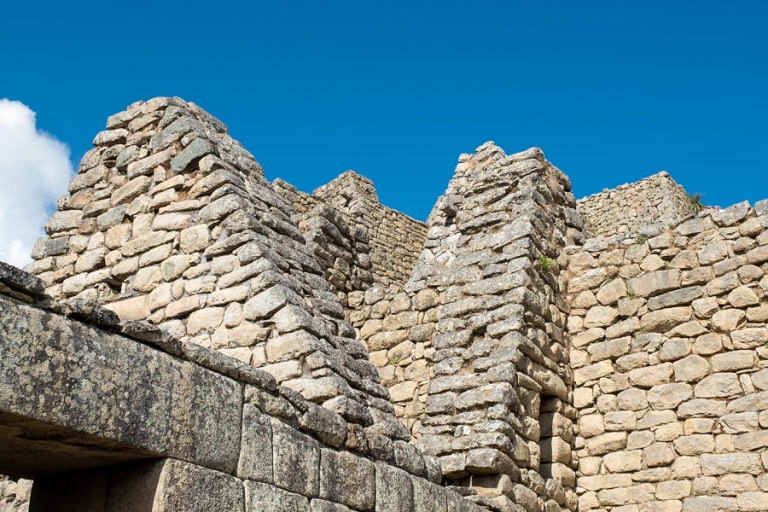 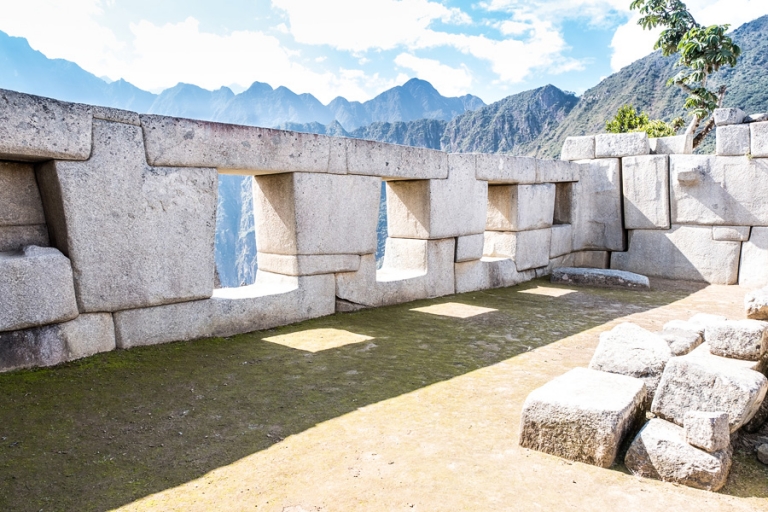 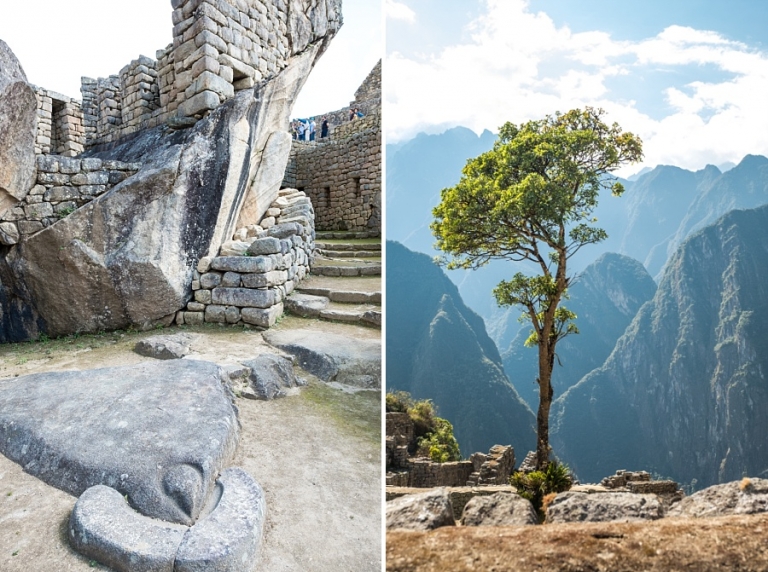 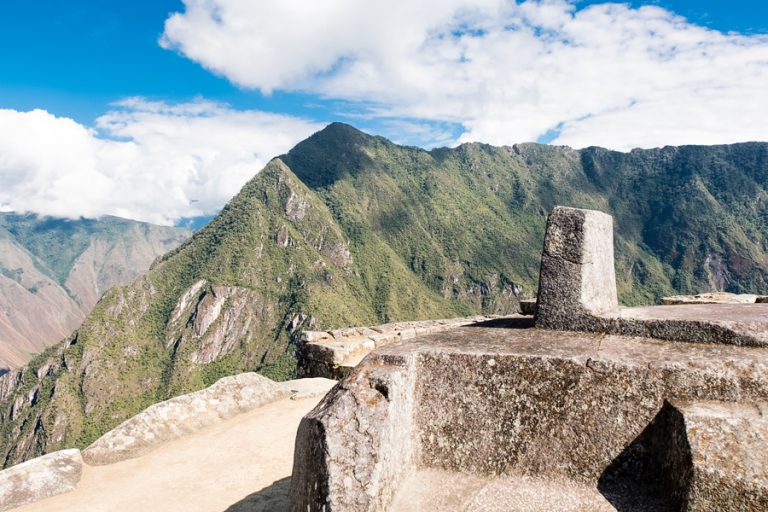 Shortly before Chris and I left for Peru, we heard the news about changes to the rules for tourists at Machu Picchu which became effective just a few days before we were set to arrive. Basically instead of allowing visitors to roam freely around the site, a specific set of paths has been set, and entrance must be accompanied by a guide. Not knowing in advance how the rules would work, I worried that the new restrictions would keep me from getting the one photo I wanted – the postcard view from the top near Watchman’s Hut.

Our tour did stick to a specific path, only in one direction, and guards were posted throughout to keep tourists from straying off that route. We had to exit Machu Picchu and re-enter in order to climb up to Watchman’s Hut and we did so without Eddie, but for some reason that was allowed with no issues. If I remember correctly, you are allowed to re-enter Machu Picchu two times as long as it was within your ticketed timeslot, but I’m not exactly sure why we didn’t need a guide to go up to the hut. 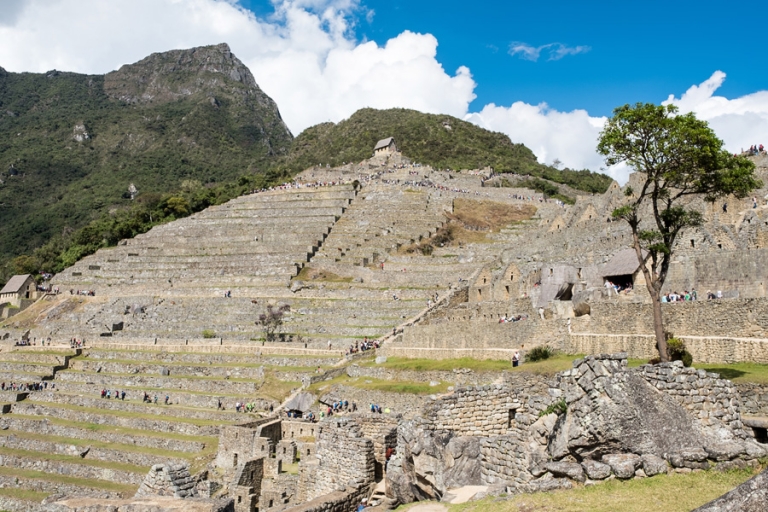 We ended up having to choose between this and the Huayna Picchu hike though, because we only had time to do one or the other. I’m a slow hiker as it is, and I think I would have taken even longer on HP with the steepness. I also really (really really) wanted to see the Watchman’s Hut view. So Huayna Picchu is on the list for next time! I’m glad we chose to climb up to Watchman’s Hut because the view is spectacular and I did get the shot I wanted (even if the lighting wasn’t quite perfect), plus some fun pictures of us.

Side note: I should mention that I failed to wear bug spray at Machu Picchu even though I knew it was recommended and I even brought it with me. I’m all smiles in the photos from that day, but what I didn’t know at the time was that I would end up with a dozen of the reddest, itchiest bites I’ve ever endured, and that even as I’m writing this blog post two months later, I still have marks on my legs! I implore you to wear bug spray! 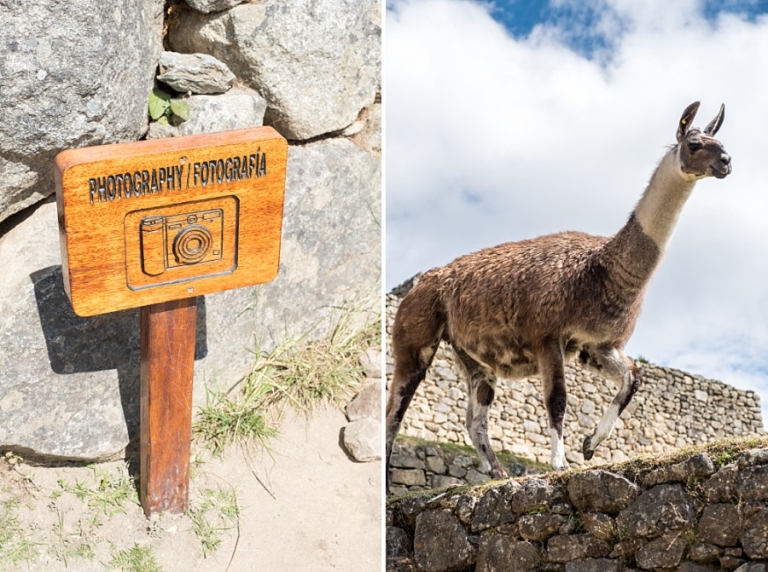 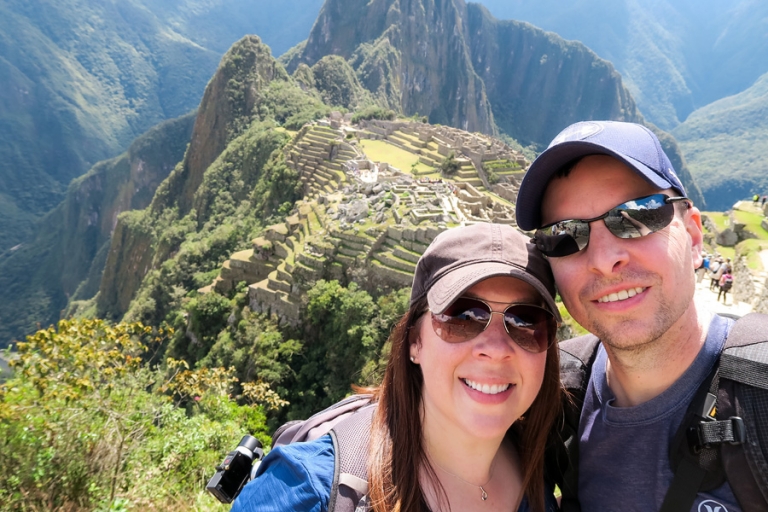 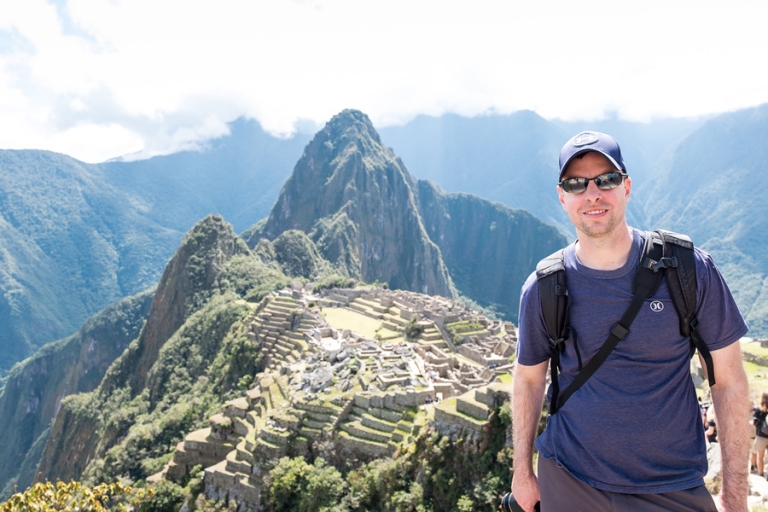 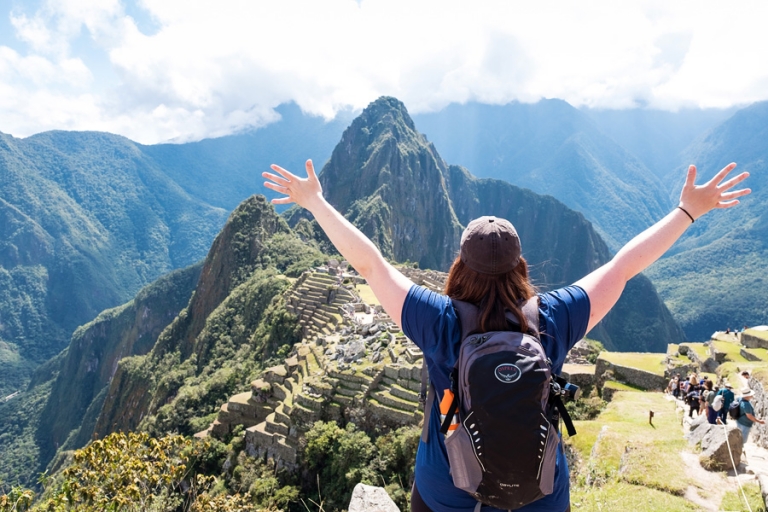 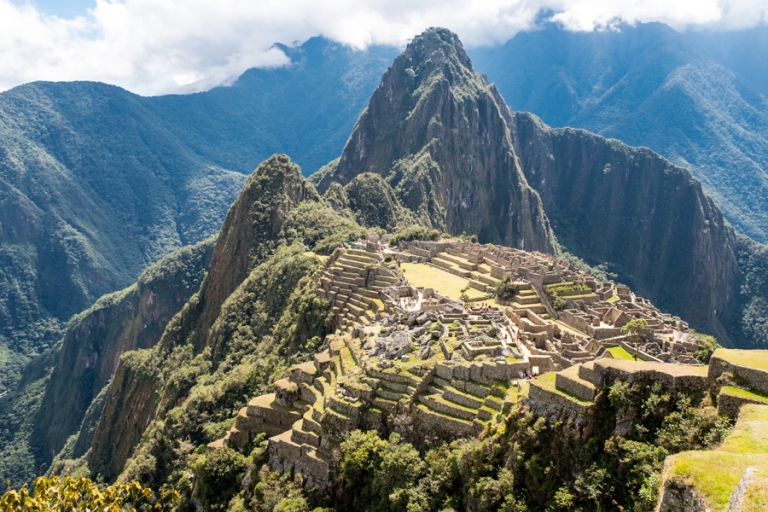 I feel like this would be a fine place to end our story in Peru, but transportation woes continued to be an issue for us as we attempted to make our way back to Cusco. The trains were shut down during our day in Aguas Calientes since the tracks were still being dismantled by the protesters. At least this time we were able to linger over a delicious lunch in the Inkaterra hotel instead of at the train station. We enjoyed the comforts (and WiFi) of the lobby while we awaited our train.

We waited all afternoon with no news until all of a sudden our window of opportunity arose and we rushed to the train station. This was another time on our trip that I was incredibly thankful to have a guide. If Chris and I had visited Machu Picchu on our own, we might not have even reached Aguas Calientes, or if we had, we could have gotten stranded there. Eddie managed to arrange our train transfer back to Ollantaytambo, and I suspect he had to work some magic to expedite things for us. We breezed by throngs of weary travelers who seemed surprised and perhaps a little disgruntled that we were on the next train out. Again, I don’t know what went on behind the scenes to make that happen and I was happy Eddie expertly handled it for us. We breathed a sigh of relief when we were seated on the train and it actually departed.

Upon arriving at Ollantaytambo, trying to exit the train station was somewhat of a mob scene (see blurry iPhone snap below). Hundreds of people were pressed against the fences yelling and shouting, trying to get in, possibly after having been delayed all day or maybe even from the day before. Our group had to wedge ourselves out of the gate and through the crowds, trying to keep a close eye on each other. Cars and vans lined every inch of the roads with drivers attempting to locate their passengers amidst the confusion. They, too, had waited all day for clients or family/friends who were unable to reach the station on time if at all. 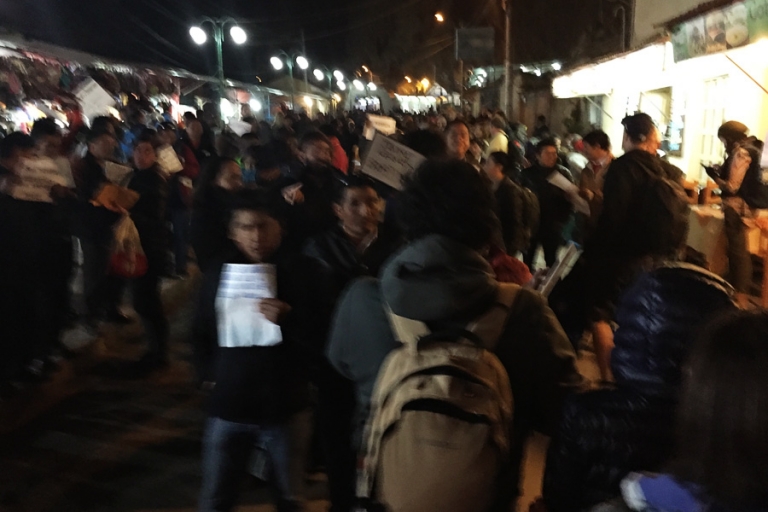 We located our van in the chaos and piled in for the long ride back to Cusco in which our driver expertly navigated the back roads to avoid potential protester road blocks. We reached Cusco late in the evening and deposited each of the trekkers at their respective hotels. Chris and I said goodbyes to our newfound friends, with whom we formed bonds over adventure, new experiences, and the wonders of Inca history, and retired to our room for the night. (Actually we ended up going to grab Subway sandwiches at about 10:30pm, and then we hit the hay.)

Even with the drama we encountered with getting to and from the citadel, Machu Picchu certainly did make for a superb grand finale to our week. Mountain Lodges of Peru calls this trek a “seven-day journey through the rich history, living culture and magnificent landscape of Cusco and the Sacred Valley of the Incas,” and I can’t think of a better way to spend a week in Peru. I loved every minute of it…minus the bug bites.