Wow, how is it already more than half-way through April?! I mean, I know how that happened, but I just realized that I haven’t updated my blog in a few weeks, and I certainly haven’t told you about my learning to cook progress. Somewhere around the third recipe, I realized a few things. 1.) It’s a lot of work to learn the recipe AND photograph a dish! It’s definitely fun to do the photographs, but it’s even more fun to eat. Which brings me to my next point: 2.) I’m usually reeeally hungry by the time I’ve finished cooking. So instead of photographing my newly learned recipe to show you what I accomplished (or didn’t accomplish)…I eat the evidence! Immediately. Sorry about that.

But I have been practicing! A lot, actually. I try to cook at least one or two new recipes each week, sometimes even as many as four. And in the interest of catching up a bit, I’m going to post a few links to successful recipes I’ve tried and officially cross them off my list. A few of these are duplicate “lessons,” but I figure it can’t hurt to repeat. (Especially with my track record of getting it right the first time.) 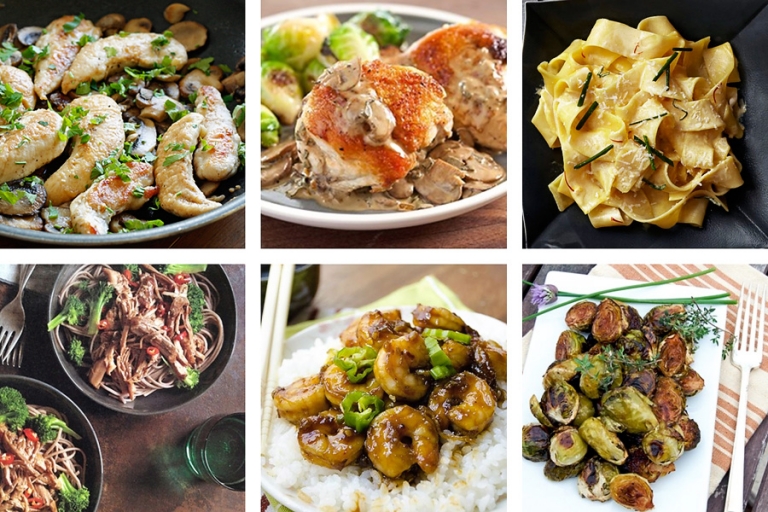 So there you have it! A round of the recipes I considered successful. Yes, there have been a few that were less successful, or nearly inedible. I made a Spicy Shrimp recipe that was incredibly salty, and that’s coming from someone who loves salt. I think it went wrong when I read 1/2 teaspoon of salt as 1/2 Tablespoon of salt. And that was on top of using regular soy sauce instead of reduced-sodium soy sauce like the recipe indicated. Oops. We drank extra water that night.

More updates soon! And photos, unless I’m just too quick to eat the results (which is always a good thing since it means I didn’t burn it, under-cook it, or otherwise ruin it).