I solemnly swear I was up to no good this past weekend! My very dear friend, Casey, and I met up in Florida for a weekend of fun at the Universal Studios parks. We planned to visit both of the Universal parks over two days, but we specifically wanted to see the Wizarding World of Harry Potter at the Islands of Adventure park since we’re really big Harry Potter fans. I’ll be honest, my expectations of the park were pretty high…and the re-creation of Hogwarts and Hogsmeade absolutely exceeded my hopes! On Day One, we headed straight to Hogwarts within Islands of Adventure, and we never had to wait more than 20-30 minutes for anything with the exception of a log ride in another area of the park. The weather and the crowds were actually not too bad – getting to the park at opening helped. We explored and inspected every little inch of the Harry Potter world, and were so delighted with all of it. Here are a few of my favorite point-and-shoot photos from the weekend: 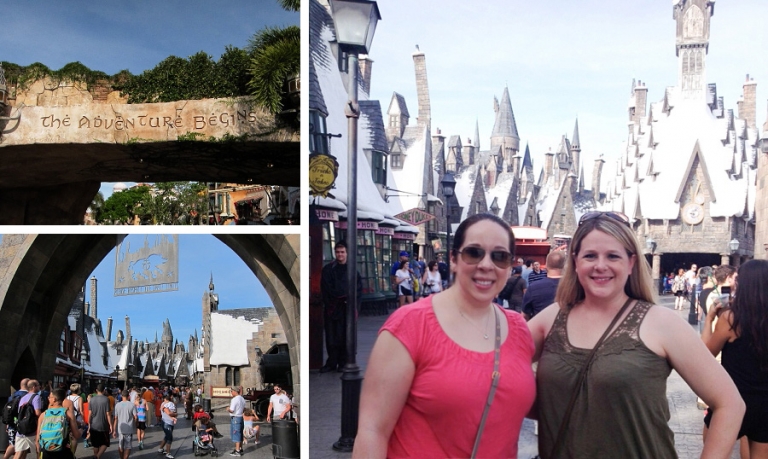 I couldn’t get over how amazing the castle looks, both inside and out. The Forbidden Journey ride (favorite!) is tucked within the walls of Hogwarts, and while you’re waiting in line for the ride, you’re treated to a tour of the castle’s hallways and rooms. 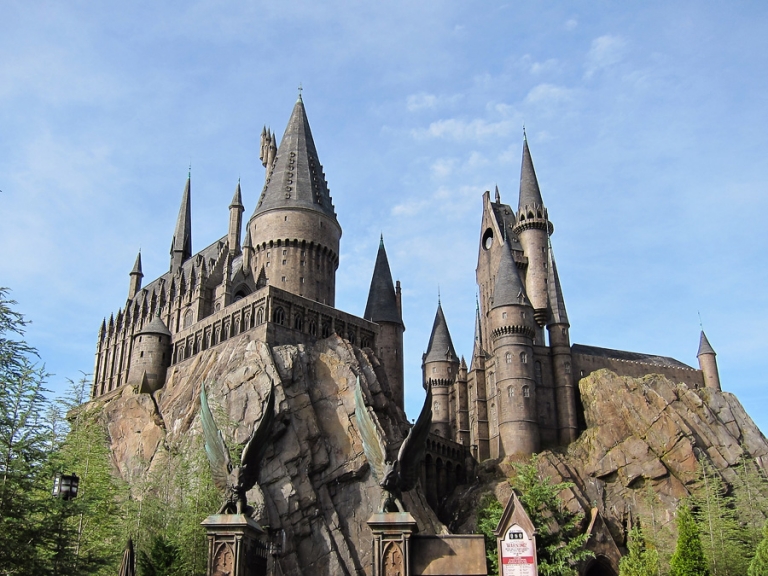 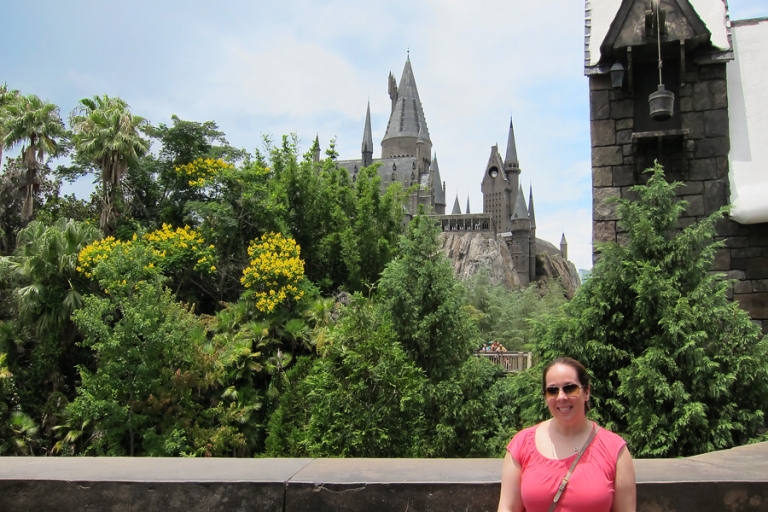 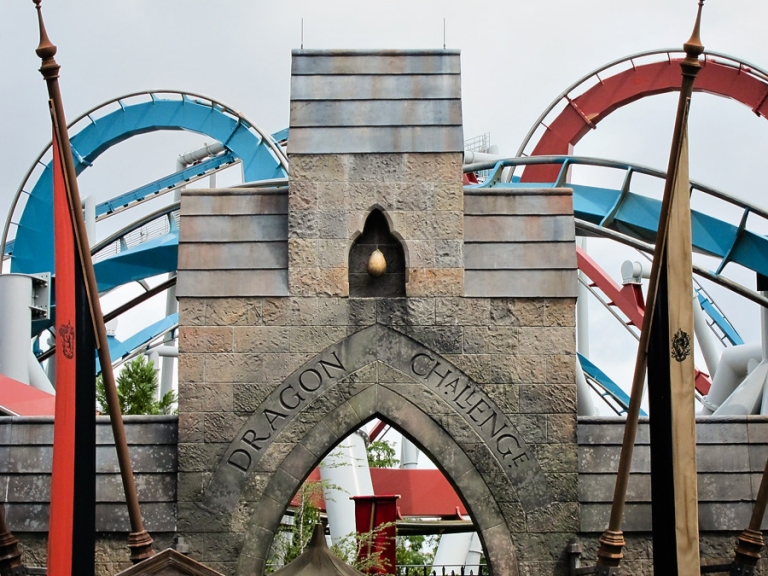 Butterbeer is one of the best things I’ve ever tasted. Ever. It was so fun to have lunch at The Three Broomsticks, and to enjoy a butterbeer with our food just like in the books/movies. People keep asking me what it tastes like, but I almost don’t want to spoil it! It’s really fun to try it for the first time without knowing what to expect. And anyway, it’s sort of indescribable. 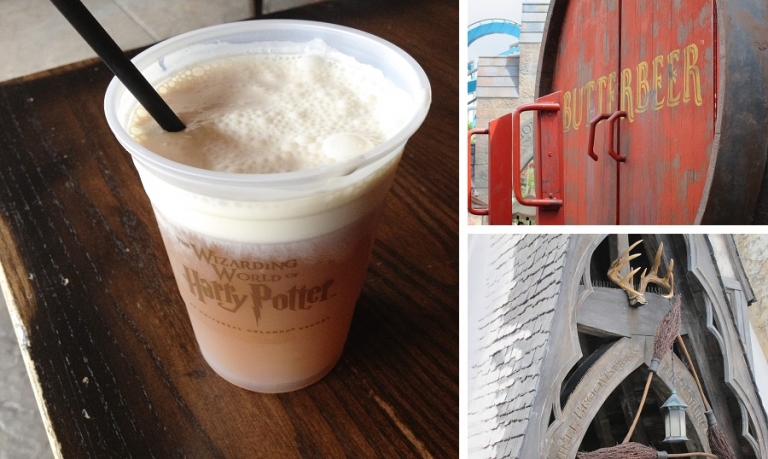 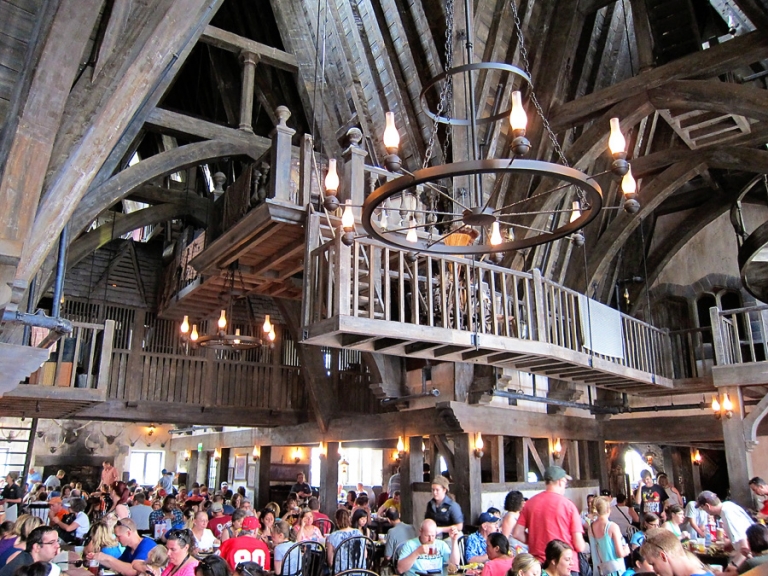 The little shops within Hogsmeade were (forgive the pun) magical. We really felt like we were in the story. 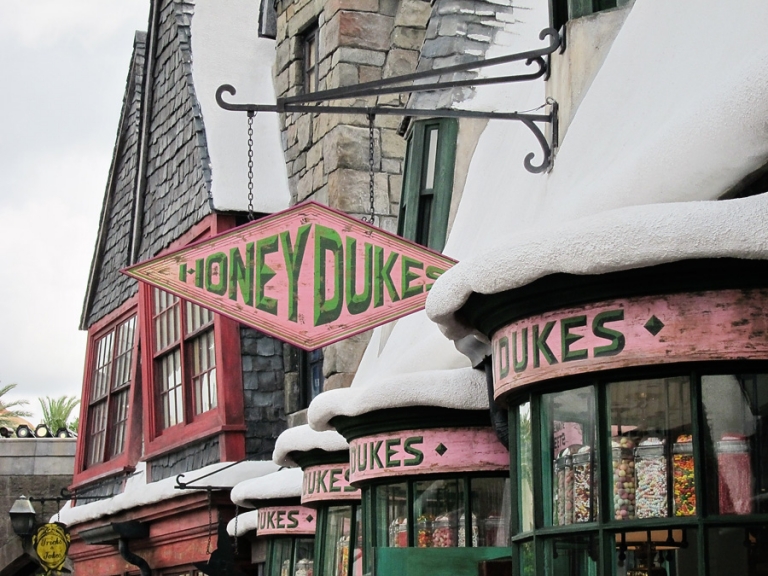 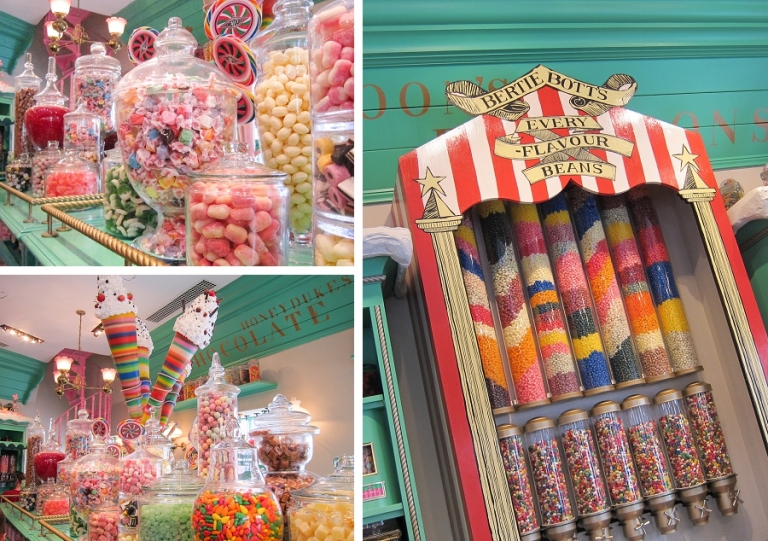 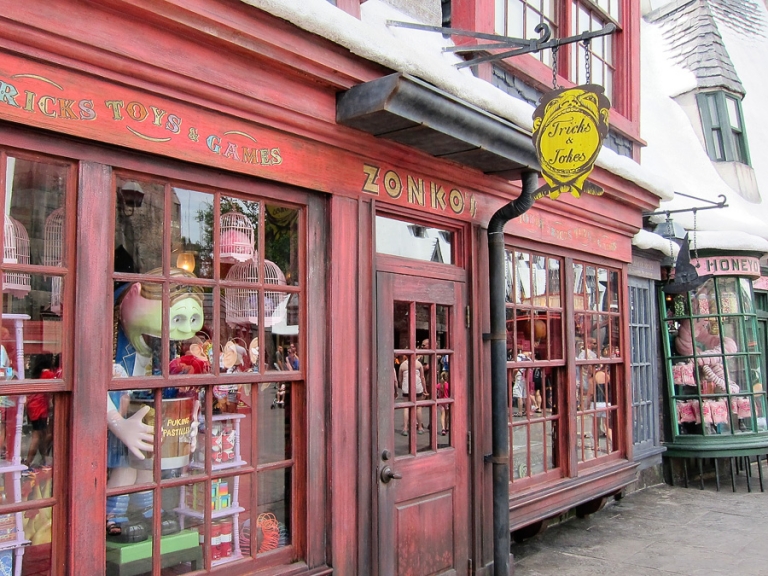 I really want to get on the Hogwarts Express and go to Hogwarts! 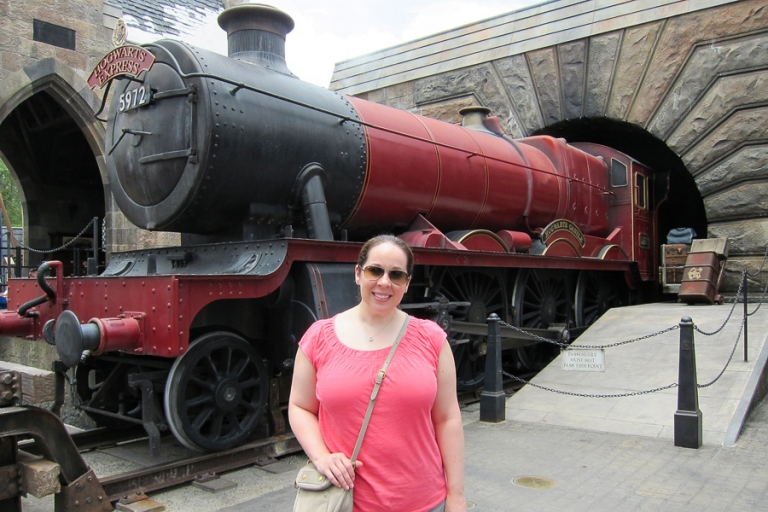 The castle at night is just breathtaking. 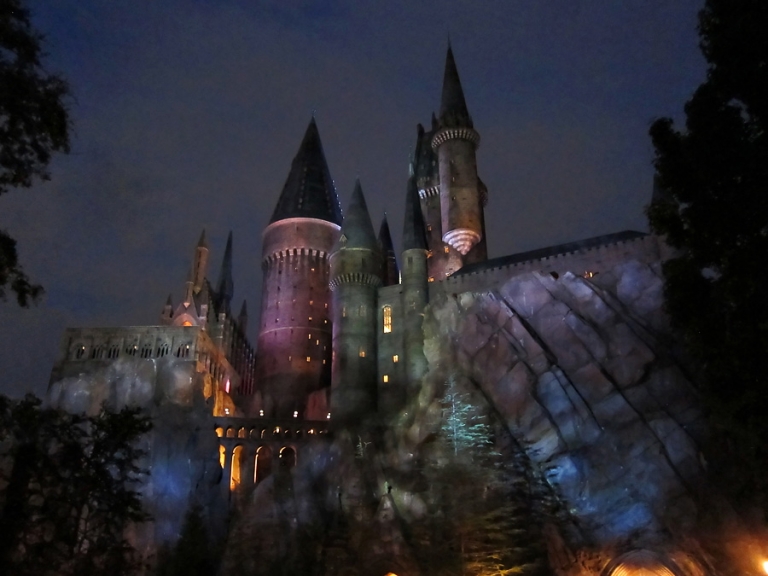 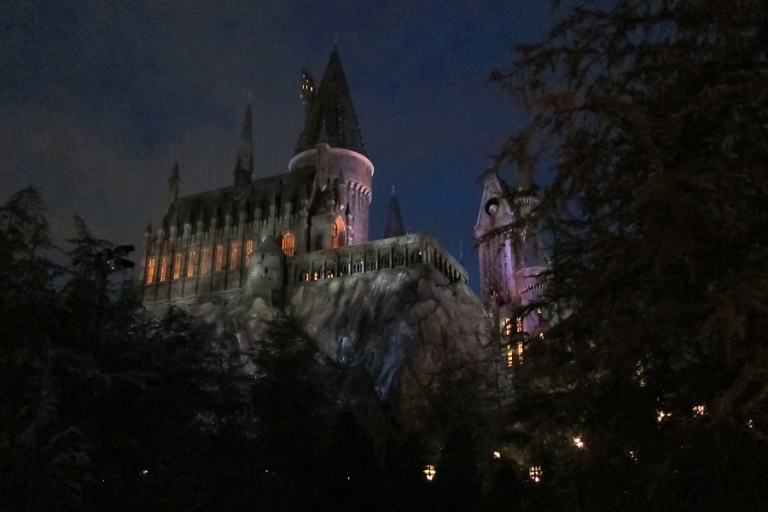 Day Two, we headed over to the Universal Studios park, where we had a nice, sunny morning that turned into a rainy afternoon. Thankfully we were able to ride all of the attractions, and our timing allowed us to miss all the rain showers. 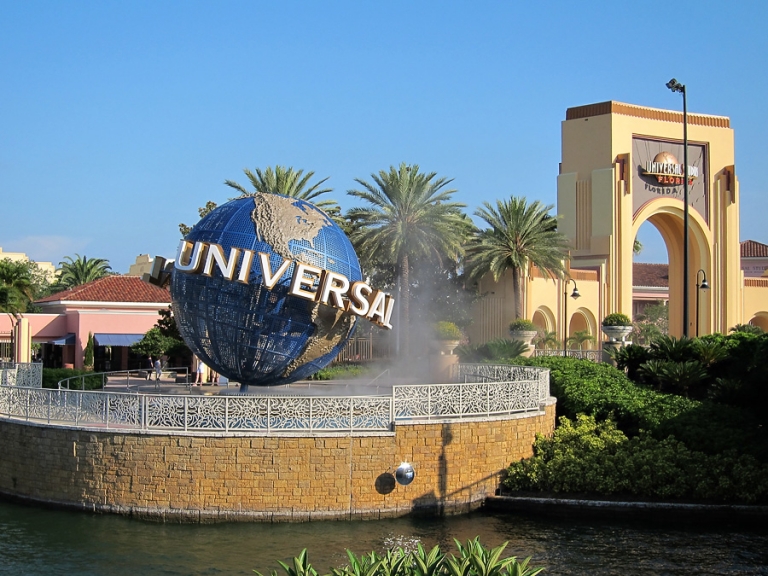 Probably my favorite ride at Universal Studios side was the Rip Ride Rockit coaster. I absolutely LOVE thrill rides, especially huge roller coasters. The scarier the better. That lift is straight up! Really fun. We also had a great time becoming minions on the Despicable Me 3-D ride. 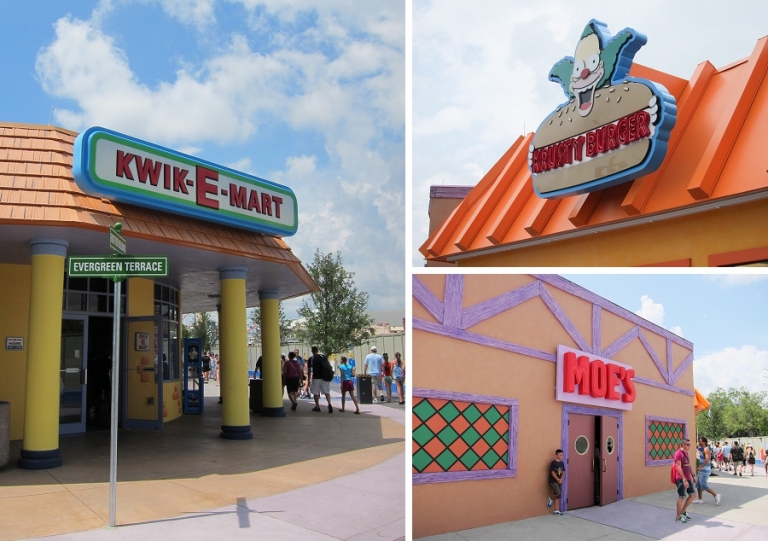 But definitely the most impressive area out of both parks combined is the Hogwarts castle and the Forbidden Journey ride in the Harry Potter world. If you’re an HP fan, I highly highly highly recommend visiting! And having a butterbeer or two. (Or three.) 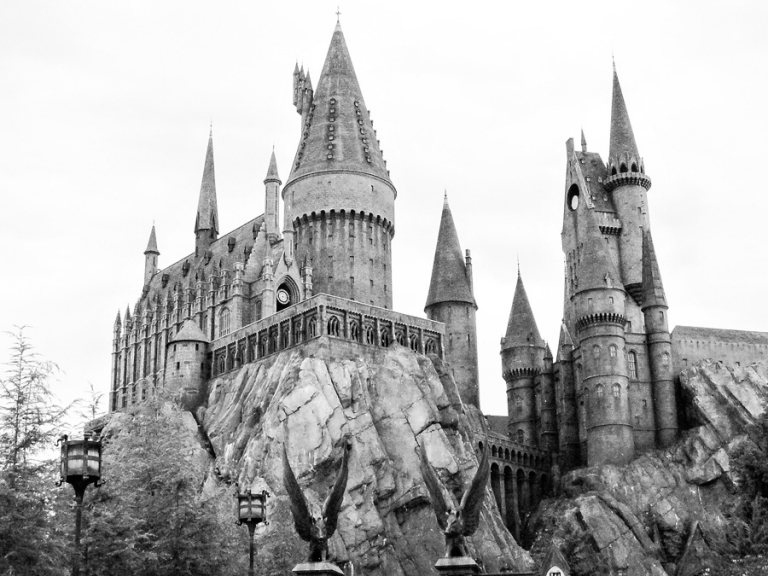