Feeling a bit nostalgic, I’m posting an image from the Harry Potter and the Deathly Hallows release at Borders in 2007. I took the image below while waiting in the queue to pick up my copy of the book at Midnight. The final Harry Potter book was released on my birthday – what a great birthday present, right?!

The reason for the Harry Potter nostalgia is that on Wednesday this week I booked tickets for Harry Potter and the Cursed Child in London next year! I couldn’t be more excited, but I’m a little shocked that I was able to get tickets. I didn’t really expect to snag them, so Chris and I didn’t have London in the travel plans for 2016, but obviously now I will happily squeeze it into our itinerary! I’m thrilled to see London again, and obviously ecstatic for the next installment of the HP story. Accio 2016!

Note: This post has been edited to remove extraneous exclamation marks. 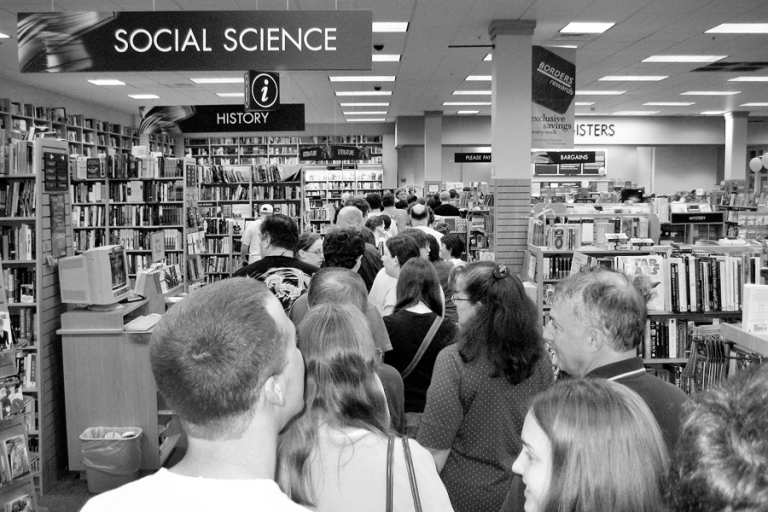 « A Weekend in the Scottish IslesThe Spirits of Islay: Eight Whisky Distilleries in Three Days »