While snorkeling off of Ambergris Caye, Ernesto brought us to the site of a shipwreck so that we could explore and see the coral formations that had grown around the sunken structure. I used to think underwater wrecks were pretty creepy and that I wanted nothing to do with them (I’m especially NOT interested in swimming inside of one), but I totally enjoyed seeing this site. It was hard to photograph because the main parts of the ship were pretty deep, but it was neat to see how ocean life had taken over. And actually, it was my second wreck that week – there was a small boat at the bottom of Tuffy Canyons where we went scuba diving. Maybe I’ll eventually come around to the idea of doing wreck diving? Maybe. 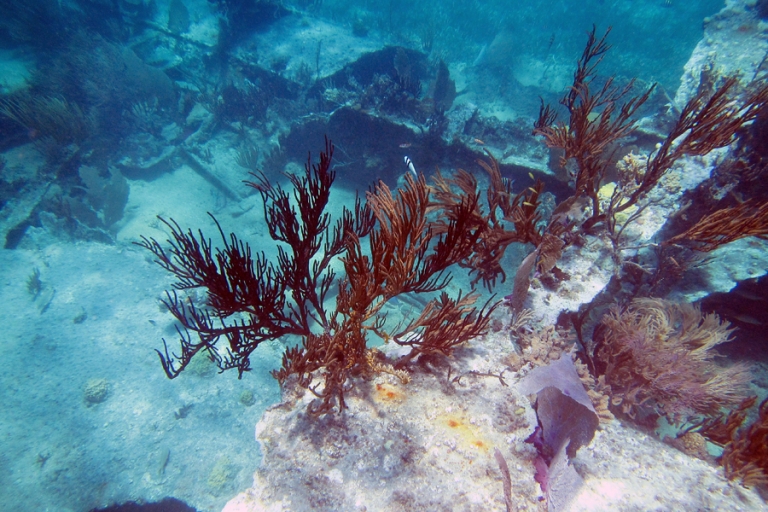 « Travel Moments That Changed MePhoto Friday – Vacation Is Over, Kid »