Radiohead at Nissan Pavilion (in the Rain)

Chris’s all-time favorite band is Radiohead, and we went to see them last night at Nissan Pavilion. We had less-than lovely weather yesterday (torrential downpours, 50 degrees, flooding, road closures everywhere due to the flooding) and for anyone who is unfamiliar with Nissan Pavilion, it’s an outdoor venue. We actually had seats in the “covered” area of the pavilion, but because of the wind blowing the rain sideways, we kept getting rained on anyway. By the time we got to our seats it really didn’t matter if we were in a covered area or not, because we had already trudged through the huge parking lot-turned-swamp and we were totally soaked. For some reason their lot isn’t paved, it’s just a giant gravel/mud area, so it literally was swampy, with unavoidable ankle-deep puddles. Check out my genius shoe choice (I didn’t know it would be so puddley!): 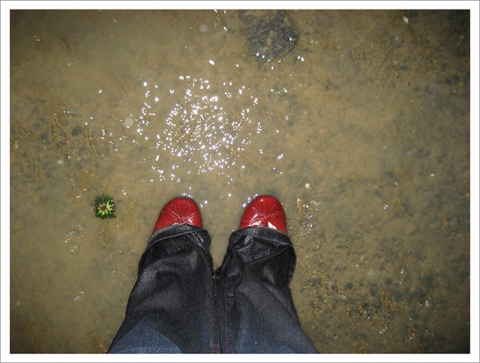 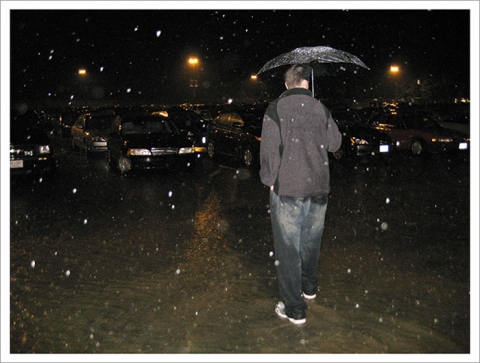 Even in the covered area, people wore ponchos and hooded raincoats (or even trashbags). We sat under an umbrella until the show started. 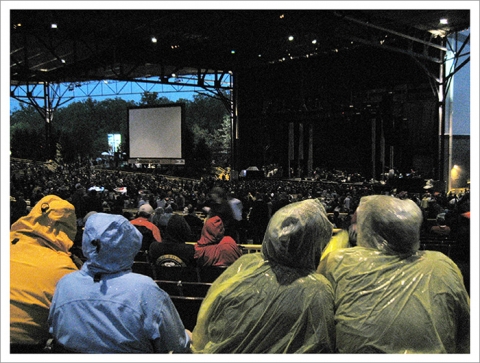 We actually only ended up staying for six or seven songs. My feet were so cold I actually started to wonder what the symptoms of frostbite are. The rain just wouldn’t let up, and we were still getting pelted where we were sitting, so we made the decision to go. There were plenty of hard-core fans in the lawn section that stayed, even sans umbrella! The part of the show that we did get to see was really good. They had an awesome light show choreographed perfectly with the music. 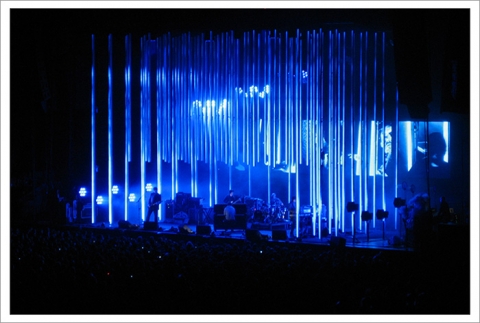 Both soaked from head-to-toe, wearing winter coats because it was around 50 degrees and windy, but still smiling! 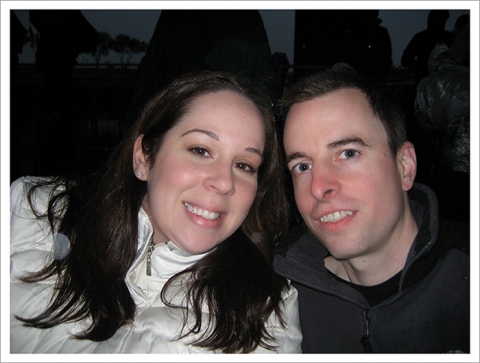