Back on August 28, 2017, my sister and I finalized our plans for a week-long trip to St. John in June 2018 by putting a deposit down on a beautiful two-bedroom Coral Bay villa. I was thrilled that I would finally get to show my beach-loving sister and brother-in-law one of my favorite little island spots in the world! We all had a wonderful time on Vieques together and it was high time we took another trip. 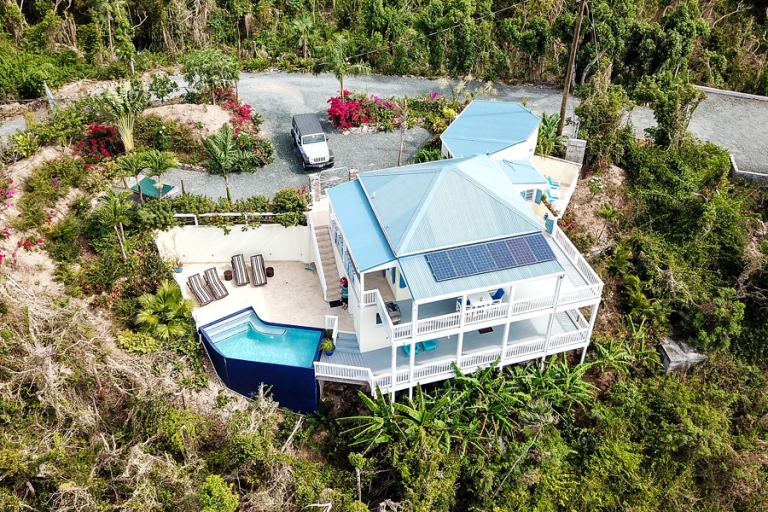 Two days after our booking, a tropical storm started to form that would later evolve into Category 5 Hurricane Irma on track to bring catastrophic devastation to several of the Virgin Islands. We watched helplessly from our homes on the mainland as satellite images and news footage showed Irma pummeling down on one of my favorite spots in paradise.

After the storm settled and details of the destruction began to spread across our news sources, my sister and I wondered if we might not be able to keep our travel plans to visit St. John, even as far out as our trip was scheduled. Ideally we still wanted to visit, especially if it helped in any way by putting tourism dollars back into St. John’s economy, but we also wondered if the island’s infrastructure would be ready for tourists and/or if we would be a burden at that point.

We decided to wait and see, and as it turned out we received news in October that our rental villa was completely unscathed and as the trip approached, our flight itineraries stayed the same even though many travelers even up through late spring were facing canceled flights. With everything luckily in place for us, off to Love City we went!

As per usual, a rental Jeep provided our transportation around the island for the week. First things first, we headed to our villa to get settled. We didn’t encounter any issues at all driving around the island. Roads were clear, even on the quieter Coral Bay side, and we only noticed a pile of cable in the street closer to the villa. Downed trees and debris have been completely cleared. Of course, that’s not to say we didn’t see other signs of destruction, but a little more on that in the next post. 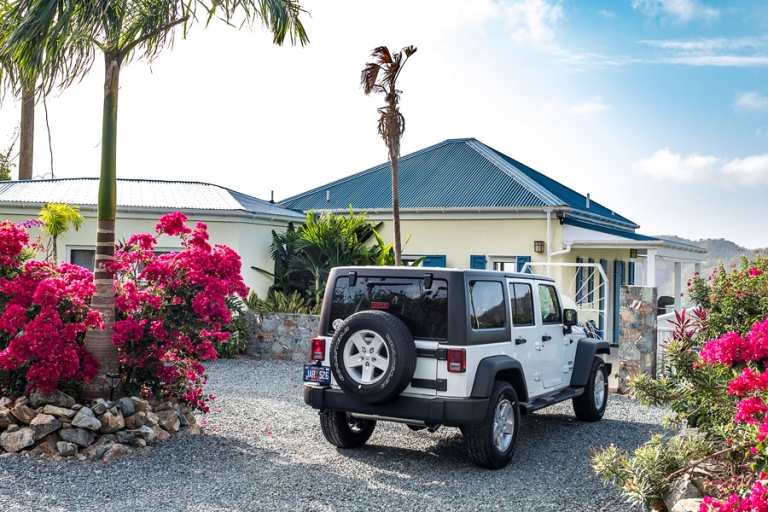 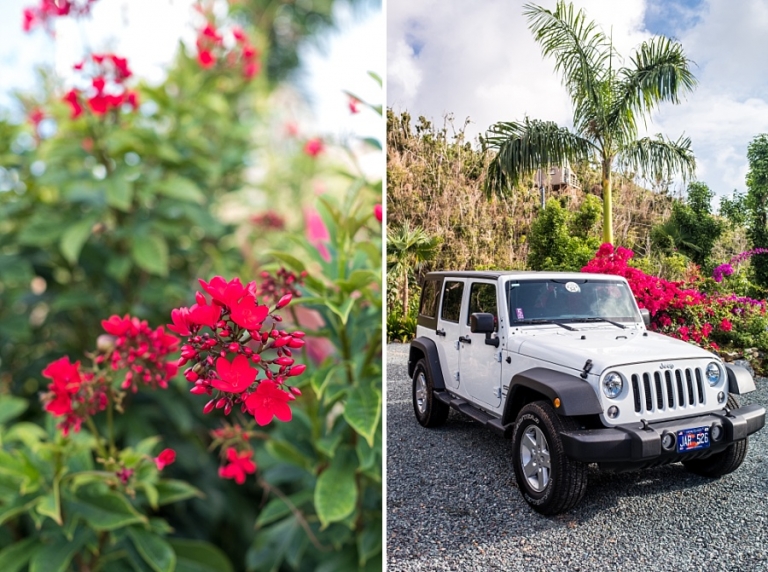 You can see a small sample of Irma’s aftermath in the photo below. The foliage surrounding the villa and on the hillside is quite bare. Some trees fared well, but a large percentage on the island were completely stripped during the high winds of the storm. It buoyed my spirits, though, to see new leaves growing and baby trees here and there already popping up. Nature has been hard at work over the last several months healing itself. 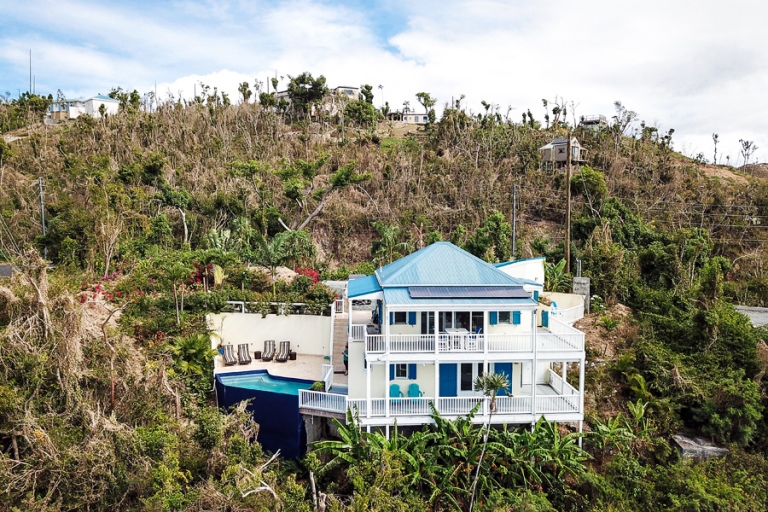 Somehow this villa managed to come out of the hurricane untouched by Irma. We noticed the home next door undergoing some repairs, but our villa didn’t seem to have even a shutter out of place. The beautiful landscaping looked healthy, and we even spotted a critter or two scurrying around outside. (And a spider or two inside, but thankfully I had three other people to help remove them when needed.) 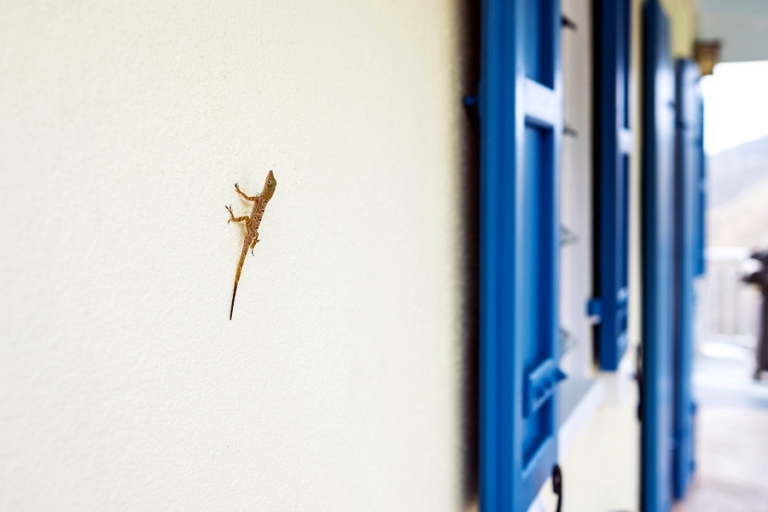 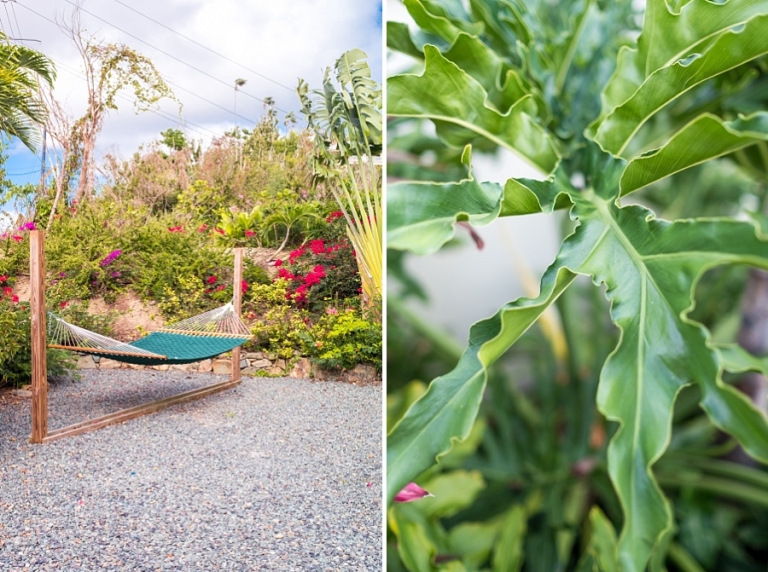 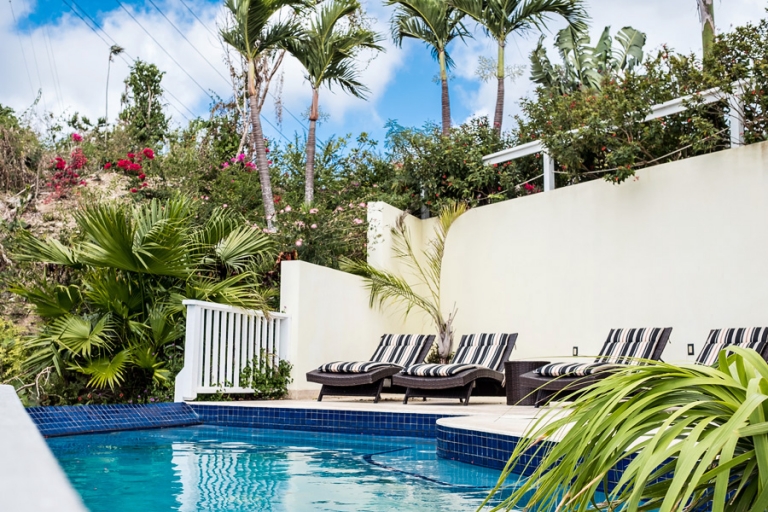 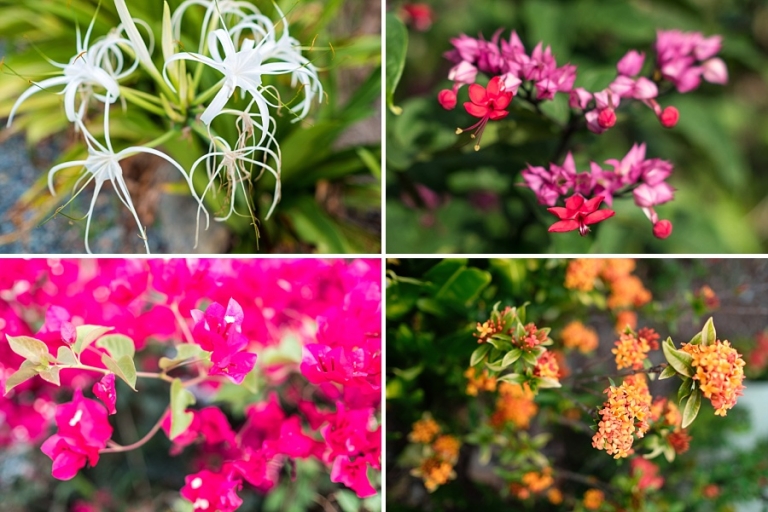 The villa is named All About the View, and you can see why. This side of the island provides an unparalleled view of Caribbean islands (including the BVIs!) as far as the eye can see. 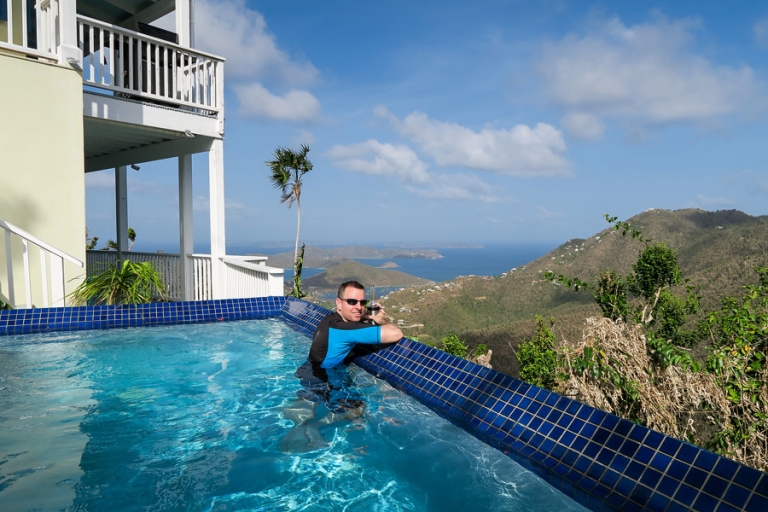 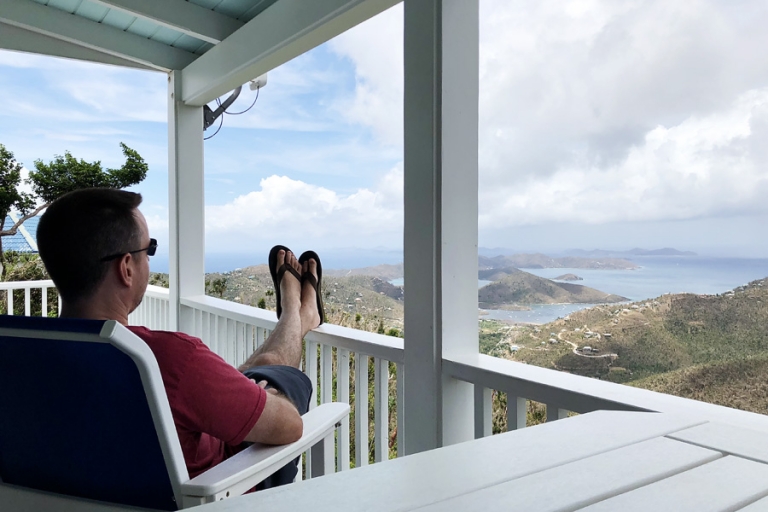 Somehow I completely missed taking any images of the villa’s interior, so the four images below are courtesy of the listing on vrbo.com. The perfect size for two couples, this villa has two master bedrooms and two bathrooms – one of each on the main level and the lower level. The kitchen provided everything we needed (well, except a can opener so no huevos rancheros for us, womp womp) to prepare a few meals at home and sandwiches for the beach. The cozy living room area was a good hang-out spot for the four of us even though we didn’t have use of the TV. This house is not hooked up for cable or satellite yet, but we were perfectly happy without it. 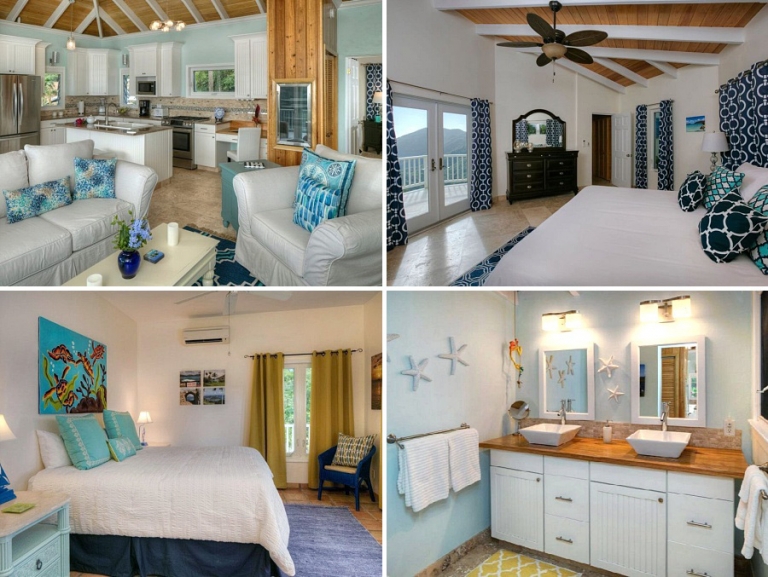 So that’s where we stayed for the week! If you’re a couple, two couples, or small family looking for a place to stay on St. John, I definitely recommend All About the View. It’s not always easy to find a smaller villa that also has a pool, so thankfully this fit the bill for us. And I think they’ve probably replaced the can opener by now.

In the next post, we explore the island, head to the beaches, and eat/drink at as many restaurants as possible. Stay tuned!