Searching for Harry in Edinburgh: The Potter Trail Tour

As any Harry Potter fan would, I had already planned to visit The Elephant House during our time in Edinburgh, but when I came across reviews for the Potter Trail on TripAdvisor I knew we’d simply have to set aside some time to do this free 90-minute tour. We picked the 3pm tour on a Wednesday and we lucked out with a lovely day.

Our cloak-wearing guide, Richard, met the group at the Greyfriars Bobby statue, which I don’t know if I would have noticed if we hadn’t stopped there on purpose (it’s a sweet story). Richard handed out plastic wands to everyone in the group and taught us a spell to make the traffic lights turn green. We walked around the city for about 2.4 km/1.5 miles, and each time our group needed to cross a street, we gave a swish-and-flick of the wands. A little cheesy, but it made me giggle every time. 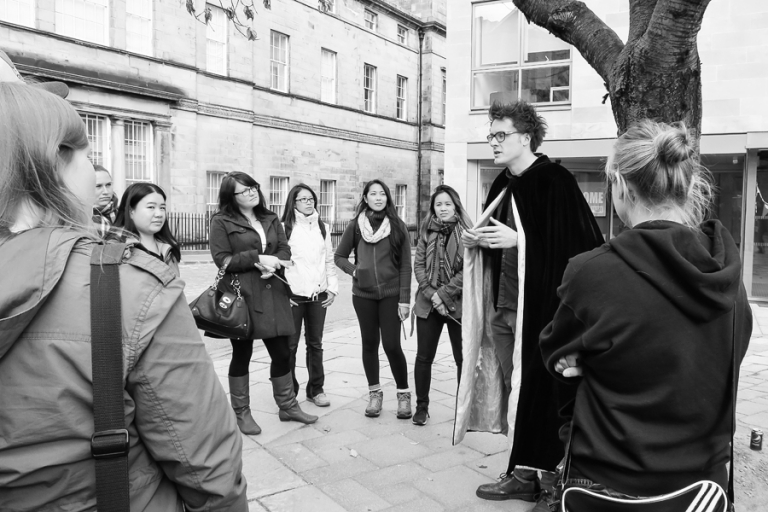 Richard’s energy and impressive knowledge of the books, movies, and of J. K. Rowling kept the group engaged and enthralled. My non-Potterhead husband didn’t feel bored, but he admits he liked the Harry Potter-inspired bar in Toronto better than the Potter Trail tour. That said, it’s a nice walk through different parts of Edinburgh and to pockets of the city you might not otherwise visit, so it’s fairly suitable for any non-fans.

Okay, so here’s a spoiler alert! If you don’t want the details of what we saw on the tour, please don’t read the rest of this post. I kind of liked being surprised at a few of the spots, but I know some people would want to know what areas are included on the tour, so I’m posting photos of most (not all) of the places where we stopped.

We started out at Greyfriars Kirkyard where we explored the cemetery to find grave markers that may have influenced a few characters’ names in the story. The cemetery itself is also thought to have inspired the graveyard scene in Goblet of Fire. 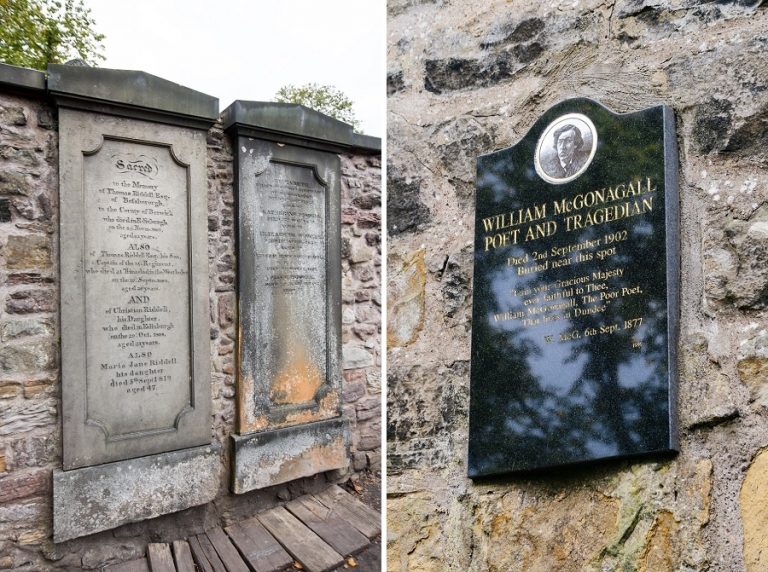 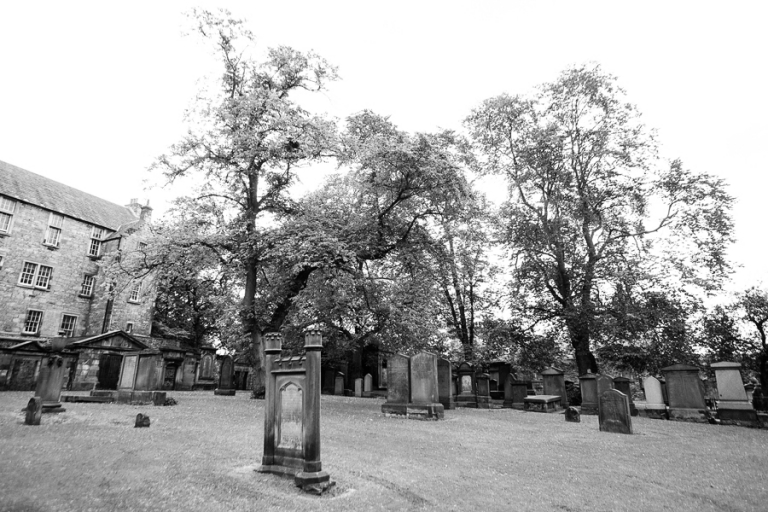 I don’t recall the exact order of our tour and your mileage may vary anyway depending on your tour guide, but other stops included a through-the-fence peek at a private school that Hogwarts might have been modeled after, potential namesake Potterow, one of the cafes (Spoon) in which Rowling penned parts of the first installment of Harry Potter, and a view of the Balmoral Hotel where she finished the last. 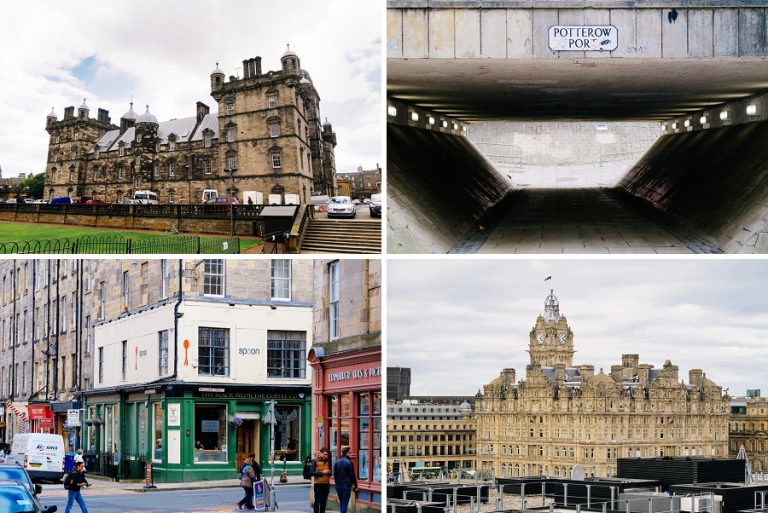 And of course we stopped at the other cafe in which Jo spent time writing: The Elephant House. On the tour we learned that while The Elephant House holds the spotlight and a sign in the window for being the “birthplace of Harry Potter,” that’s not exactly true since the cafe opened after the first manuscript was already well under way. But Rowling did spend time writing here, and it’s a great little cafe to pop in for lunch or tea (if you don’t mind waiting in a long queue of Harry Potter fans).

The tour didn’t stop there for long, so Chris and I returned on our own for a pastry and to take photos of the graffitied restroom. We sat at the table in the back with a view of Edinburgh Castle, and felt the presence of J.K.R.’s magic. 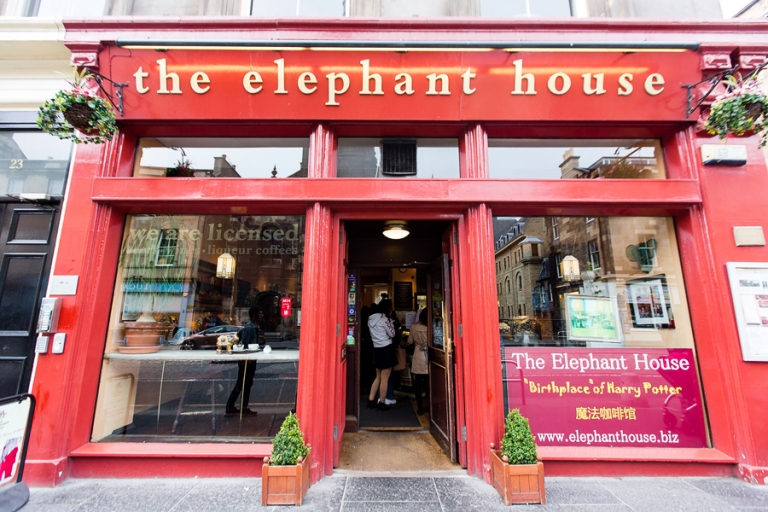 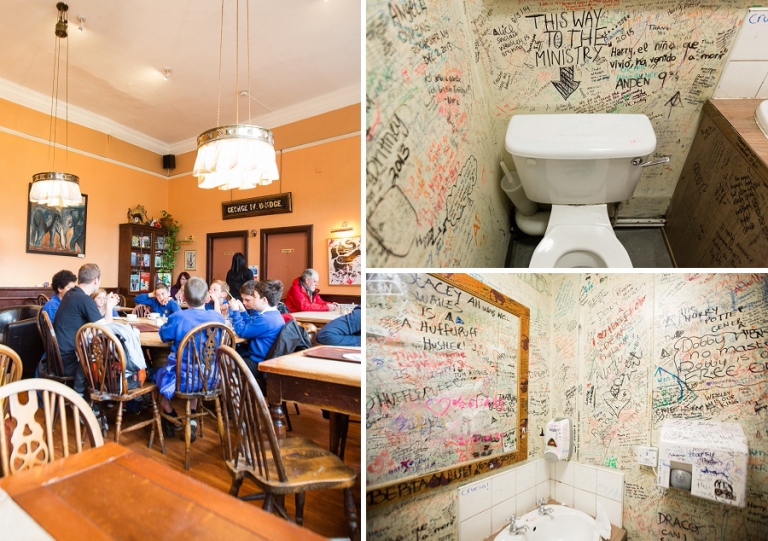 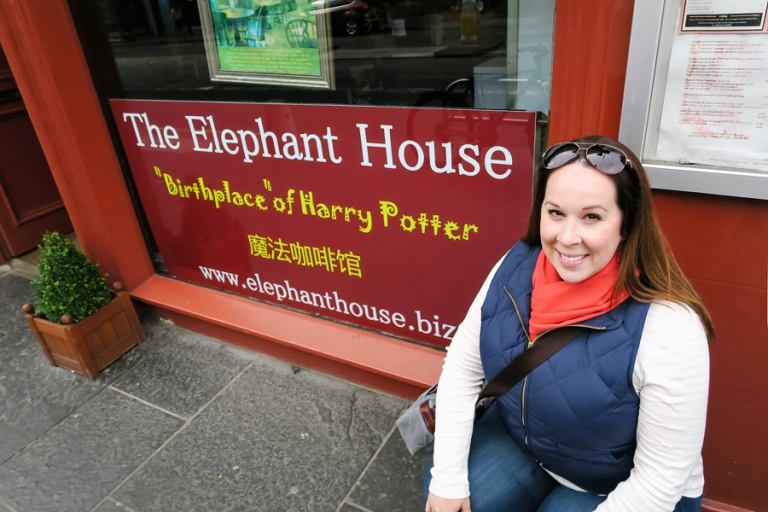 We ended our tour at the top of Victoria Street which may have inspired Diagon Alley. 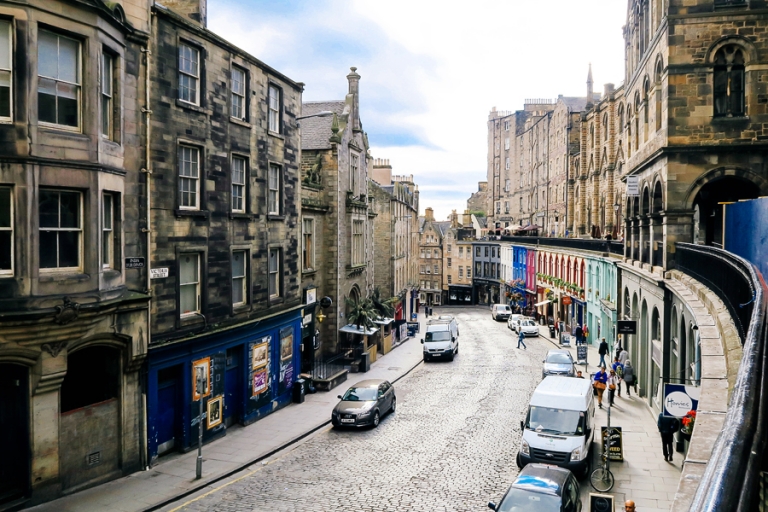 My final thoughts? I loved this tour! I ate up all of Richard’s silly humor, and I admit I enjoyed waving a plastic magic wand at the traffic lights. It was good fun to hang out with fellow HP fans, I learned quite a few new Rowling fun-facts, and I loved the occasional trivia questions Richard quizzed us with throughout the tour. On the O.W.L. grade scale, I’d give this tour an E for Exceeds Expectations! 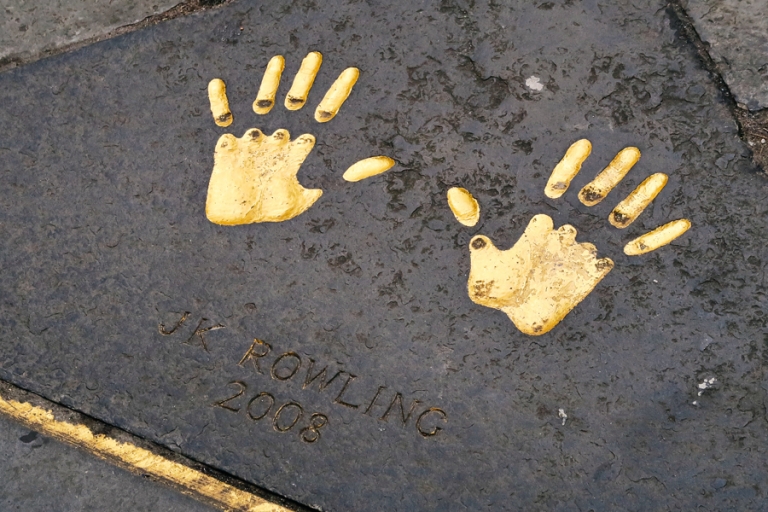 Can’t make it out to Edinburgh any time soon? For more inspiration, the book Harry Potter: Magical Places from the Films: Hogwarts, Diagon Alley, and Beyond and the Harry Potter Places book series have a ton of ideas on where to find other Harry Potter-related sites around the world. I’m so excited that there are several other places I still need to visit (the Glenfinnan viaduct in Scotland is hanging out at the top of my wish list). Let me know if you come up with your own tour ideas!

Note: This post contains affiliate links. If you purchase something through one of my links, I may earn a small commission at no extra cost to you. Thank you so much for reading and for your support!