Chris and I just got back from seeing the Smashing Pumpkins at DAR Constitution. I have to admit that I’m a fairly casual fan and Chris is the more hard core fan. This was my first SP concert. I have no shame in admitting that I like the greatest hits, and maybe one or two songs from the earlier albums that weren’t singles. My brother, Michael, was a huge fan so many years ago, and I remember the songs being played over and over again in his room and in his car. (To his credit, I think he pretty much did have every single album, B-side and import, so it wasn’t like it was just Mellon Collie on repeat.) The opening strains of Today, included in tonight’s set list, always remind me of when he was learning to play guitar.

The show was not really for the casual fan, but I did enjoy it, save for the 20-minute Pink Floyd cover which might be the biggest reason as to why I can’t hear a thing right now. That and the fact that we were so close to the speakers. I thought DAR was kind of a strange venue for SP. Our seats were close up front to the stage, but high up enough that our view was partially blocked. But I love people-watching, and it was a great spot for that. I was even able to scope out my friend Alia who had seats on the floor. Hi Alia!

Just a couple of crummy pictures with the point & shoot for posterity: 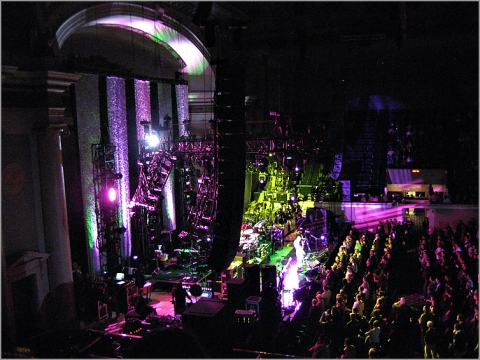 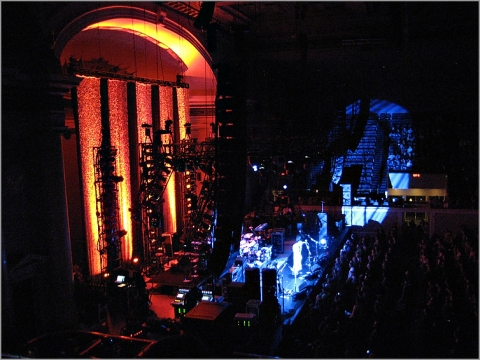 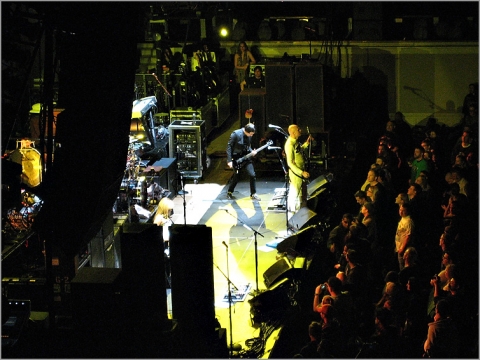 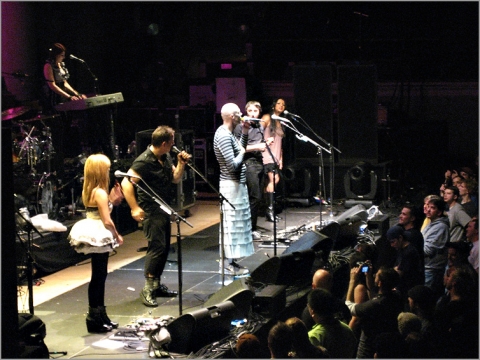