In my Vieques research and planning, I discovered one of the most frequently recommended snorkel locations, Mosquito Pier. Off of Rt. 200, a mile-long pier extends out to sea splitting the northern shore in two. If you fly into Vieques from the mainland, you can easily see the pier shortly before landing. The pier originally began as a U.S. Navy project in 1941 to create a sea wall that would connect Vieques to the main island of Puerto Rico. The project was never completed, and now the spot is a popular site for snorkeling and swimming. The calm waters to the left of the pier (facing out to sea) provide an excellent place for snorkelers and divers to see healthy corals, large schools of fish, and sea turtles. 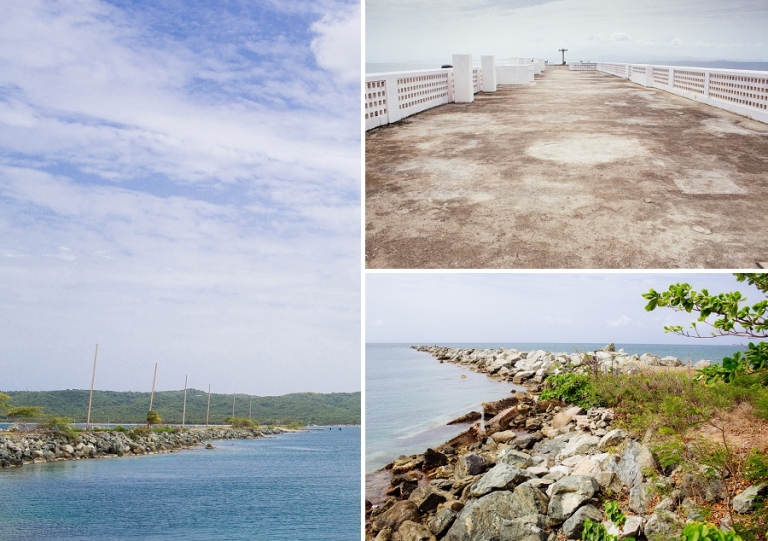 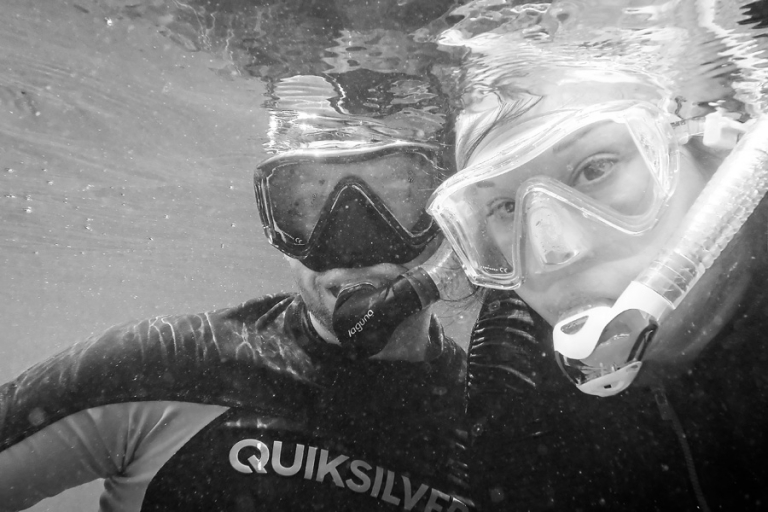 To enter the water, the four of us drove to a chain-link fence maybe half-way down the pier and parked our Jeep. (Side note: we followed the rental agency’s advice to leave our car empty with the doors unlocked since petty theft is a minor issue on the island.) A set of stairs to the left of the fence provided easy albeit slippery entry into the ocean. Along the rocks in the shallow water there we spotted sea urchins, blue tangs, bar jacks, trumpet fish, needle nose fish, sponges, and corals. 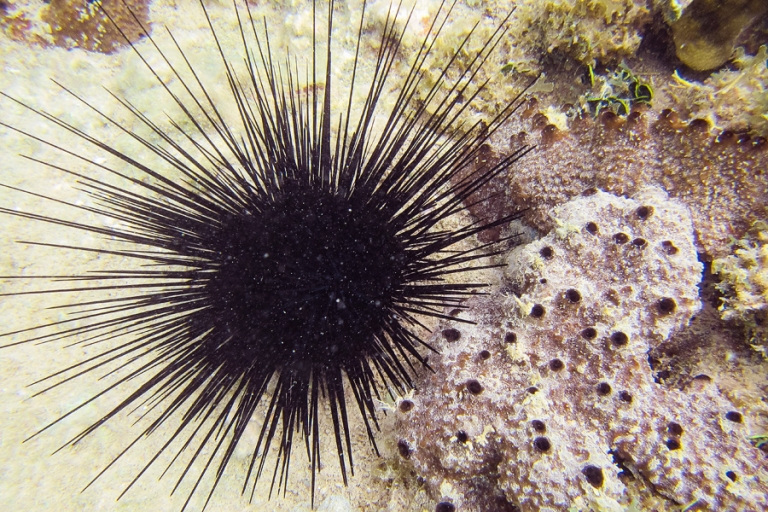 Following the pier out to the west, we found all kinds of interesting sea life around and attached to the pilings. I originally hadn’t planned to swim underneath the pier because it seemed creepy and maybe a little dangerous (I kept an eye on the water level and the waves so we didn’t hit our heads), but once we were out there we spotted turtles so off I went. It was a little murky and dark, but there was so much to see that my fears melted away. Chris and I swam around with a couple of turtles, and I also saw the tiniest sergeant majors ever, no bigger than my pinky fingernail. 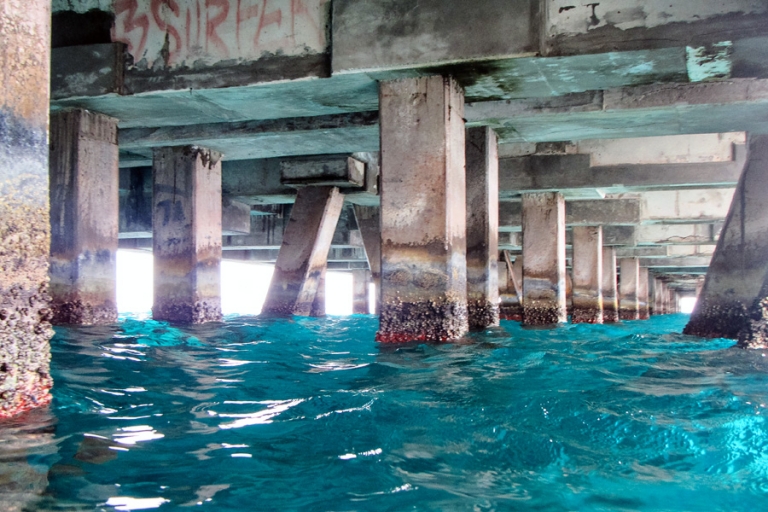 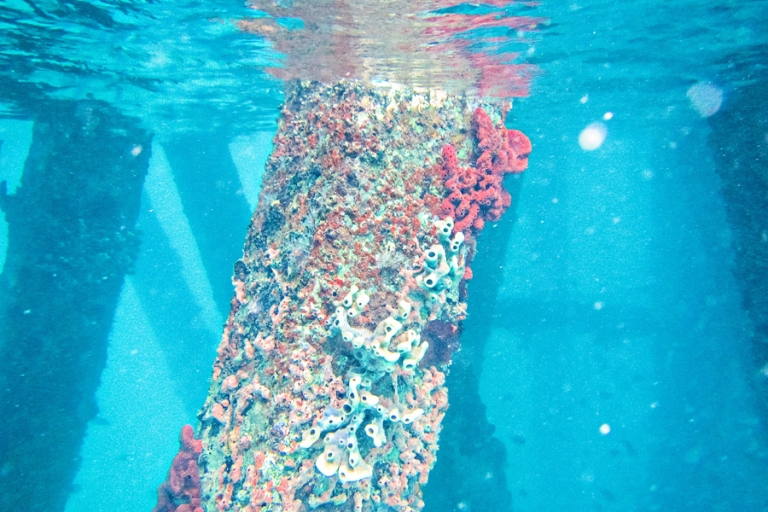 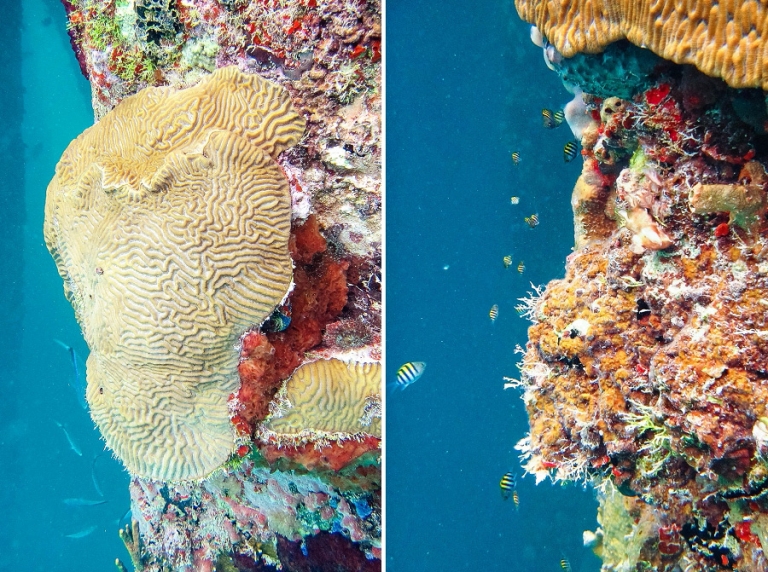 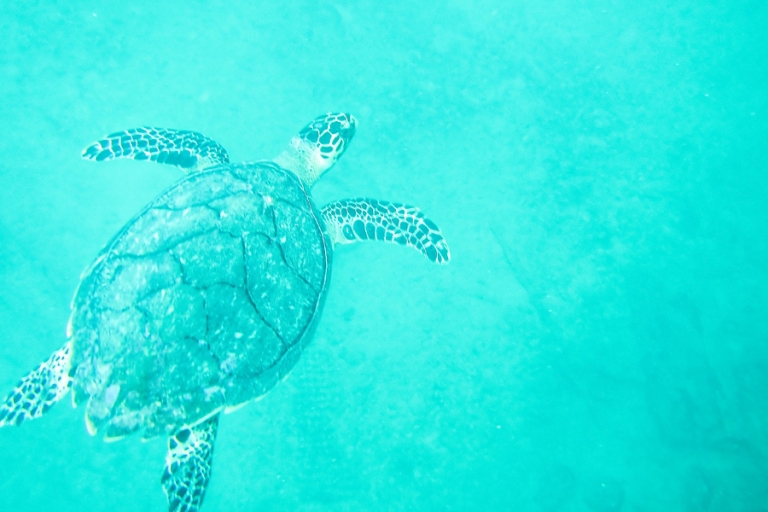 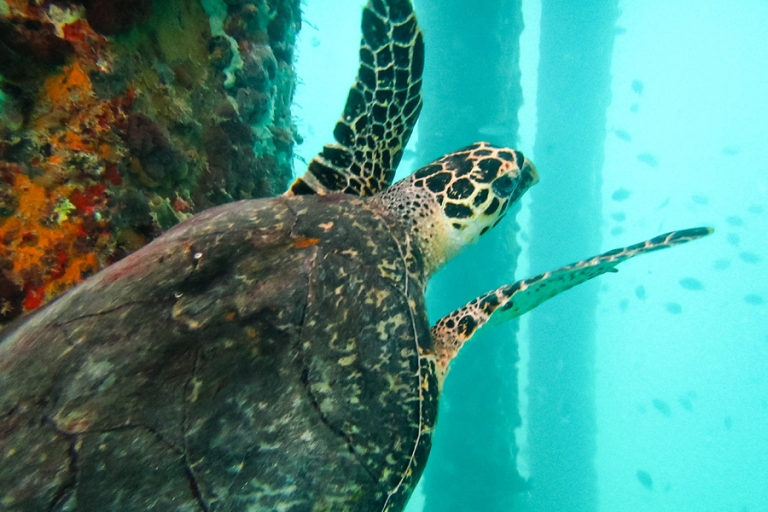 As a bonus, a very special 375-year-old Ceiba Tree sits near Mosquito Pier, so we stopped by to pay homage to this sacred site. I meant to have a seat and take a photo with the ancient tree, but close inspection revealed that it was covered with little red bugs, so I probably don’t need to further explain why I didn’t sit down. I’m getting really brave in the water, but I still don’t want anything to do with bugs! 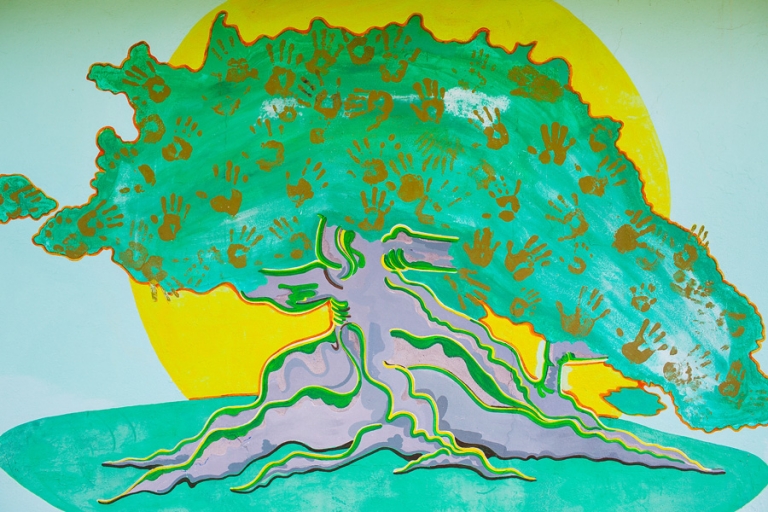 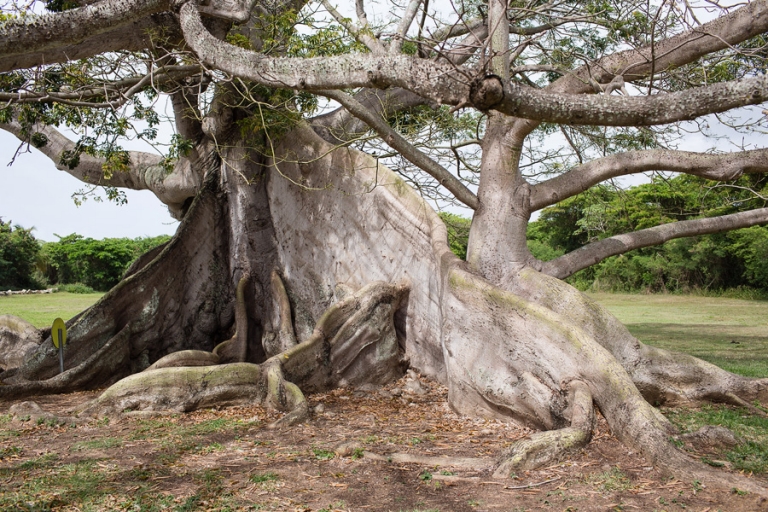 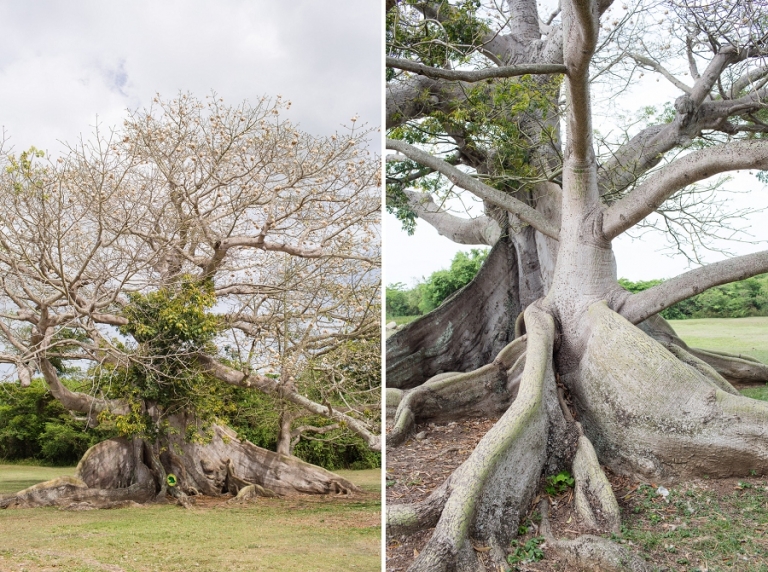 Up next: the story of how I went kayaking on the ocean…in complete darkness!