Chris and I just got back yesterday from six days in St. John, USVI. We stayed with some of his family in the Virgin Seabreeze Villa on the island for a really fun, relaxing vacation. Okay, fun except for the massive amount of bug bites I ended up getting (the last count was 49 bites). But with a view like this from any one of the decks at the villa, who can complain about a thing?! 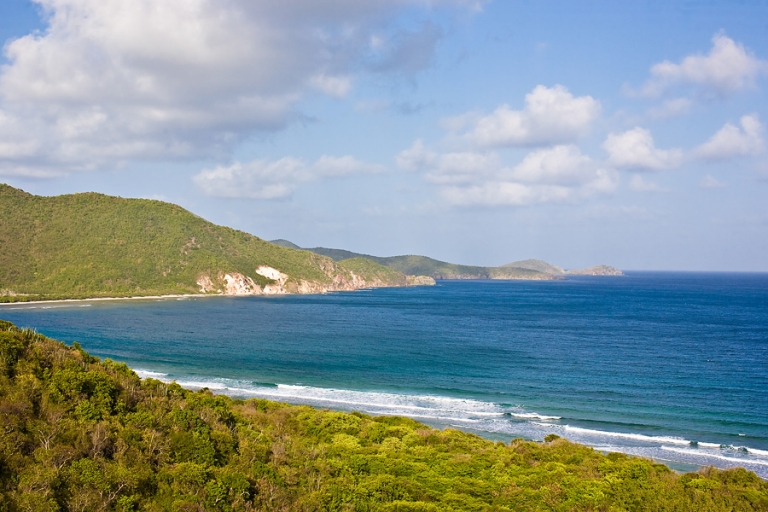 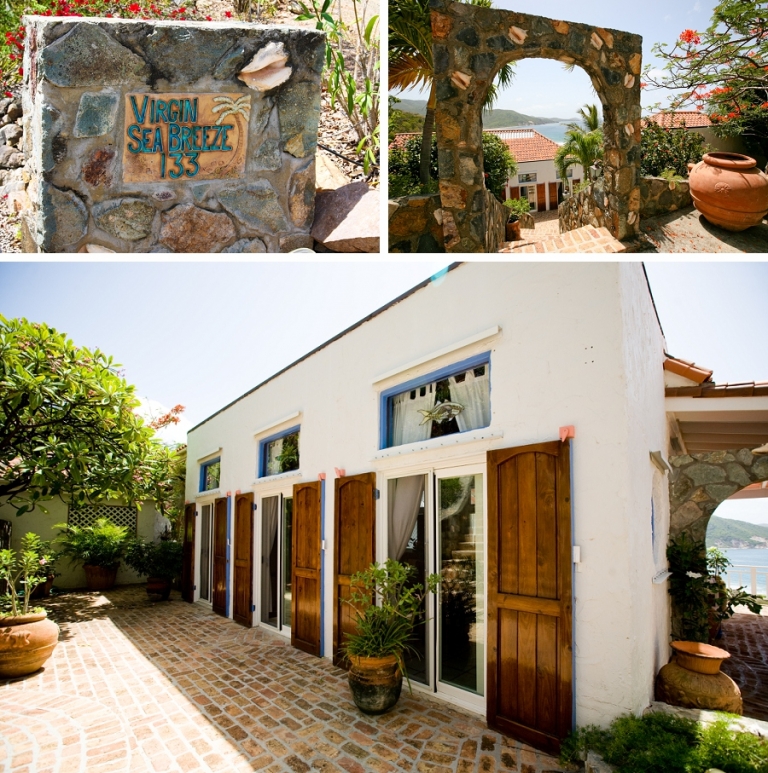 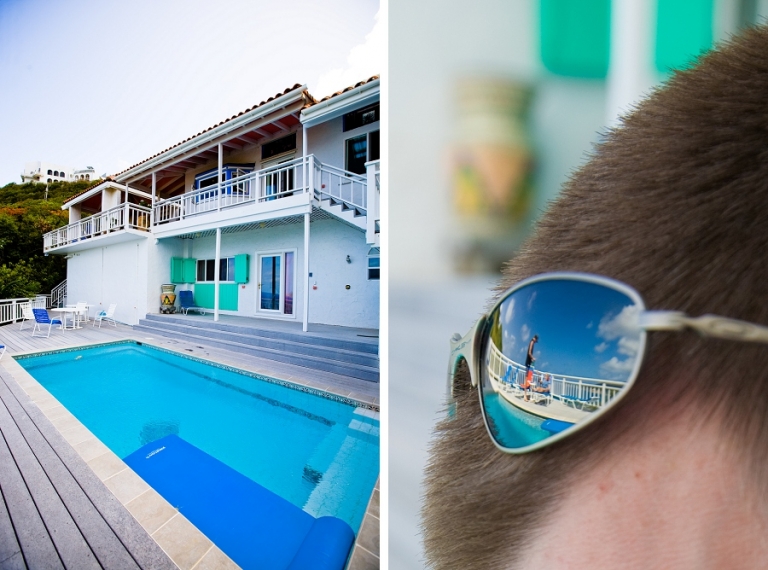 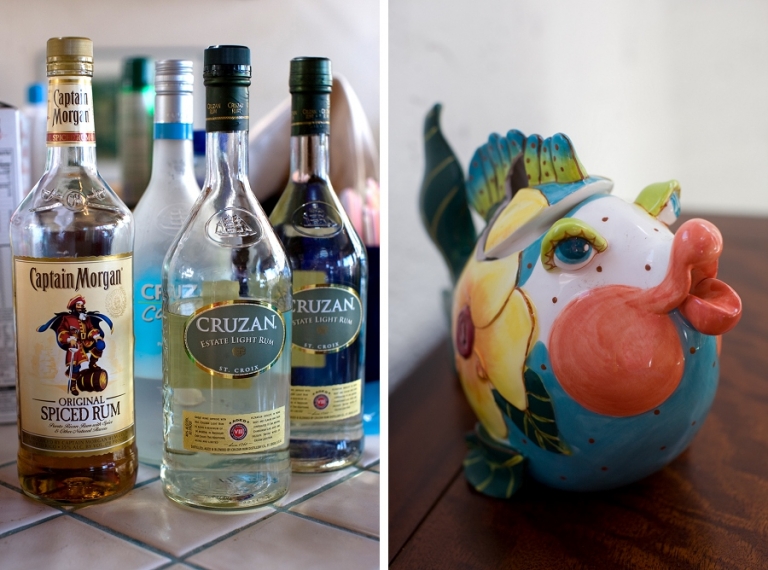 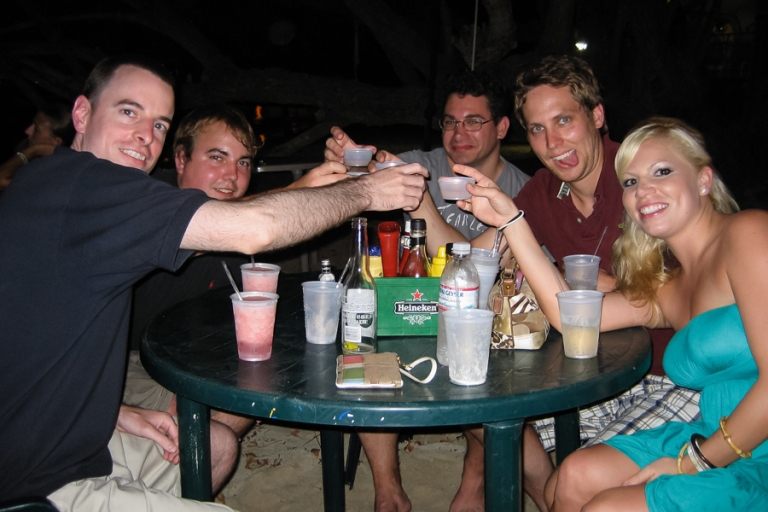 As promised, I tackled #33 on my 101 in 1001 list: Go snorkeling (for more than 5 minutes even if I’m terrified). And I was pretty nervous after hearing reports from everyone else that had gone snorkeling the day before that there were tons of fish (I know…that’s the point of snorkeling) at Trunk Bay, and even fish that were a little aggressive and biting. However, they also said there was a beach called Cinnamon Bay that didn’t have much to see in the way of fish, so I figured it would be my best bet for beginner/scaredy-cat snorkeling. I have to say Cinnamon Bay is the most gorgeous beach I’ve ever seen in person and even in pictures. The sand is white and super soft, and the water was so clear it was like a swimming pool. And I’m really glad we went there because it took me some time to get used to the snorkeling equipment. We even ended up seeing some teeny tiny fish, a medium fish (?) and a sting ray! The sting ray creeped me out a little, but Chris was able to get a picture while I made a beeline back to the shore. But I was in the water for about 45 minutes before that so I’m super proud of myself! 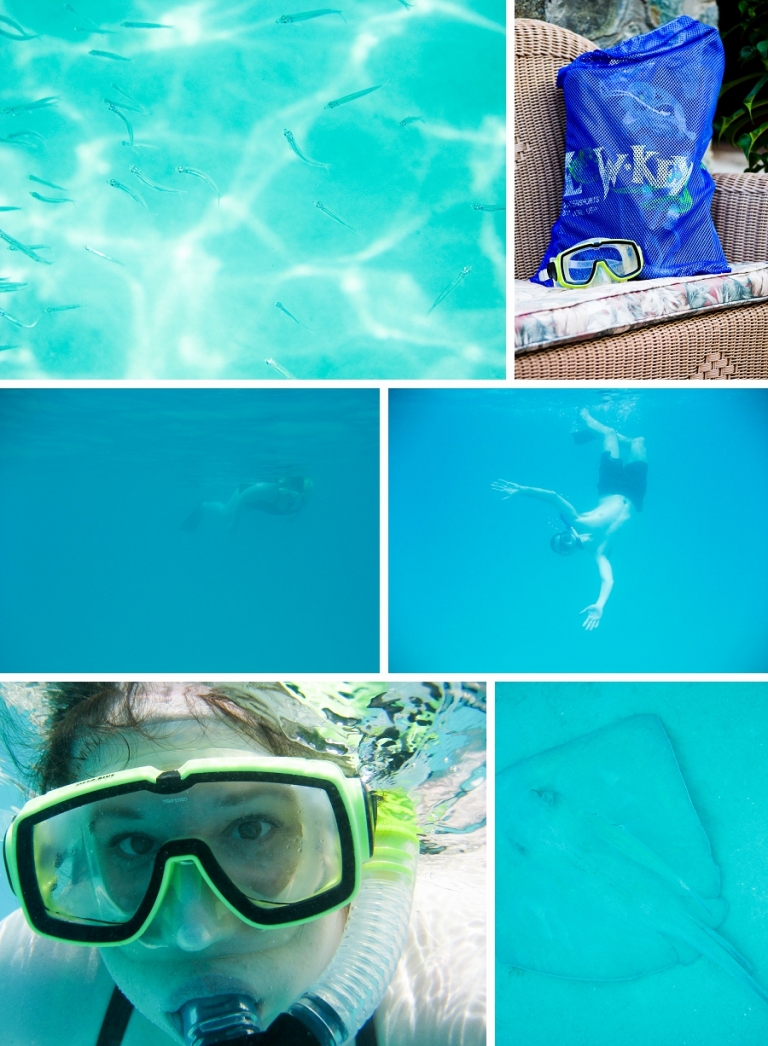 And speaking of my 101 in 1001 list, there was another item I completed while on the island, though I had no idea I’d be doing it: #63. Photograph a wedding on my own. Chris’s dad, Gary, and his fiancée, Margie, surprised all of us kids by getting us together for what we thought was going to be a family portrait done on the beach. We all got dressed, piled into the cars and headed to Trunk Bay where we were meeting the photographer that they hired so that I could easily be in the picture. But when we arrived at the beach, the “photographer” turned out to be Anne Marie the minister who announced that it was the perfect day for a wedding. And I turned out to be the real photographer – talk about last-minute notice! We didn’t even know they were engaged. And I didn’t have all of the equipment with me that I’d normally have for shooting a wedding. But I quickly scraped my hair into a ponytail after getting over my shock and was so happy to shoot and get some good pictures for Gary and Margie. The ceremony was simple and beautiful and totally “them.” They couldn’t have picked a better setting.

Anne Marie whipped the bouquet out of a tote bag upon arrival. Before we knew there was a wedding and when I still thought she was the photographer, I have to admit to eyeing her tote bag and wondering how in the world she kept her camera and lenses in there without banging them around! 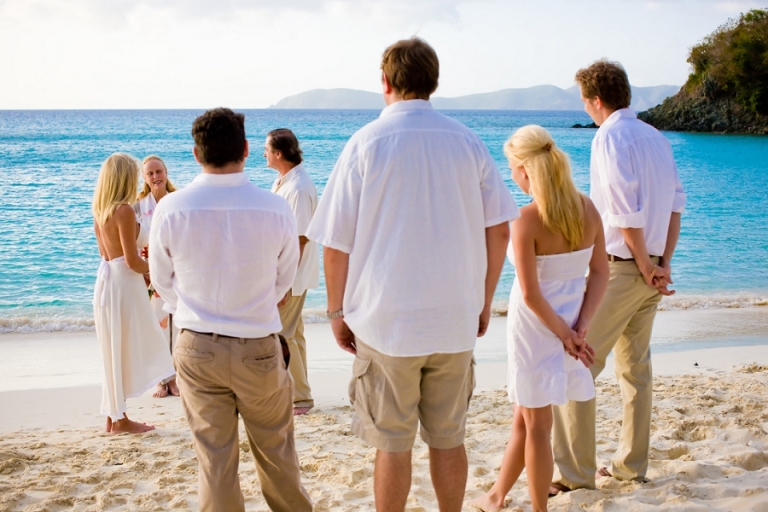 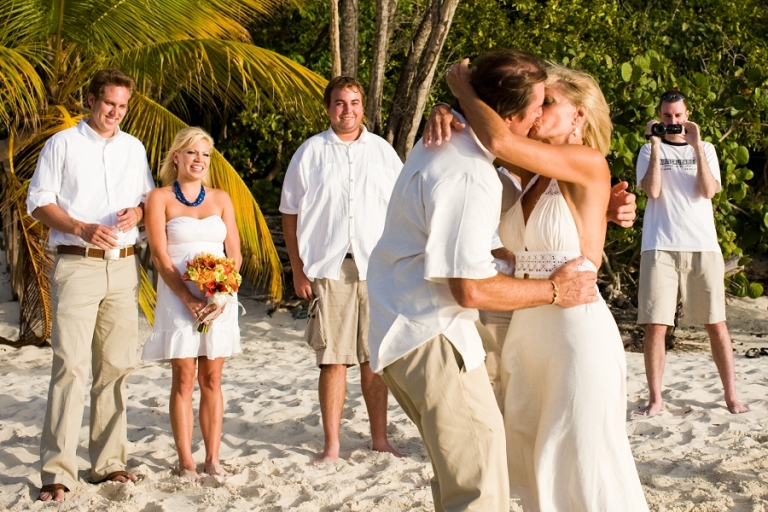 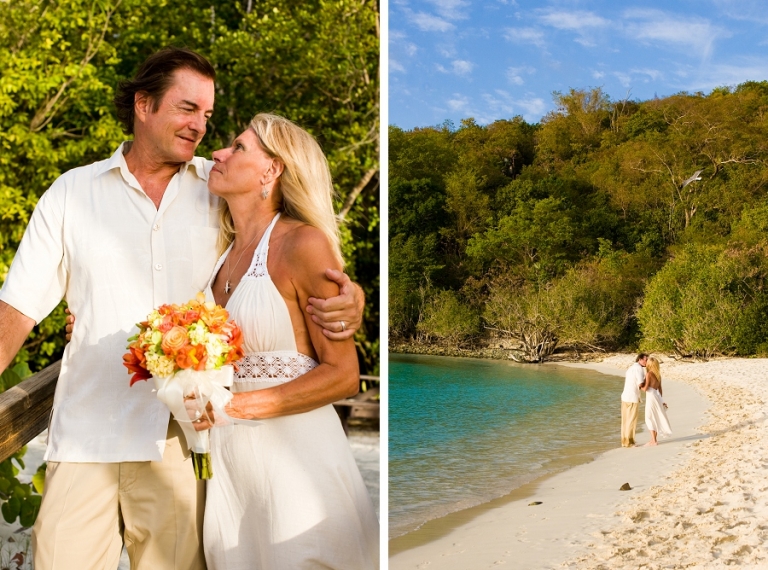 Anne Marie snapped this one of all of us together, so I guess she did end up being the photographer at least for one shot. From left to right: Chris’s brother Steve, me, Chris, Gary, Margie, Margie’s son-in-law Tony, Margie’s daughter/Tony’s wife Sarah, and Margie’s son Chris. Pardon my sandy, wet capris from running around in the surf trying to get good angles of the ceremony. 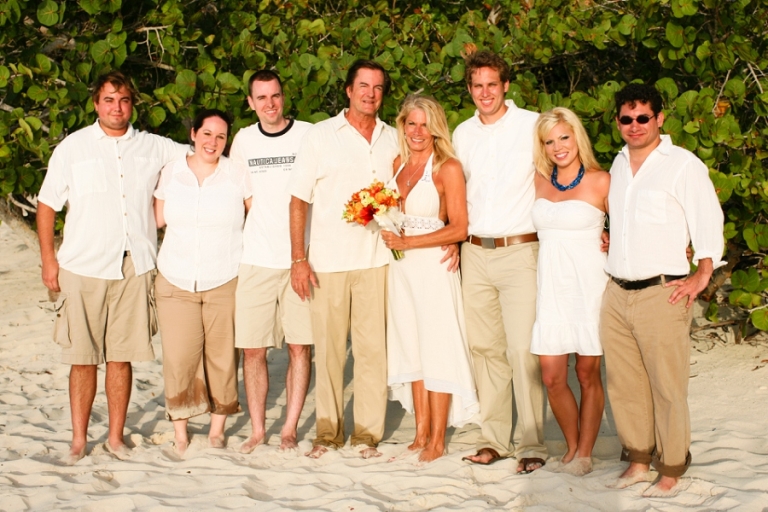 Gary and Margie, you totally pulled a fast one on all of us, and I’m sorry for asking so many questions about “the photographer” before I knew there was no photographer! I’m so glad we could be there and I was really honored to photograph this day for you. Thank you for an amazing trip!