The Battle of the Breweries: New Belgium vs. Budweiser

Fun fact: Colorado has more breweries per capita than any other state. So in honor of my recent visit to Fort Collins, I thought I’d post some photos from previous trips on which we toured two of the local breweries – New Belgium and Budweiser. My post title might be a bit dramatic since I don’t know that these breweries are necessarily battling each other, but for the purposes of this post (just for fun) I’m pitting them up against each other.

First, our tour of New Belgium Brewing right in Fort Collins. I only have a few iPhone photos from the tour because I wasn’t even sure photography would be allowed (it is). The tours are free, but you do need to reserve ahead of time to guarantee a spot, so go online and sign up for a spot on their calendar before you stop by the brewery. Also, go thirsty and maybe even bring a designated driver because the tour includes lots of generously sized samples! We spent about 90 minutes with a fun guide who gave us the history of New Belgium and an overview of their culture, philosophies, and brewing processes. Spoiler alert: this is a company that likes to have fun, and there’s a swirly slide towards the end of the tour. I don’t have a picture of it since I was too busy sliding. We finished up in the tasting room where you can have a seat and continue to sample four more beers (and chocolates). 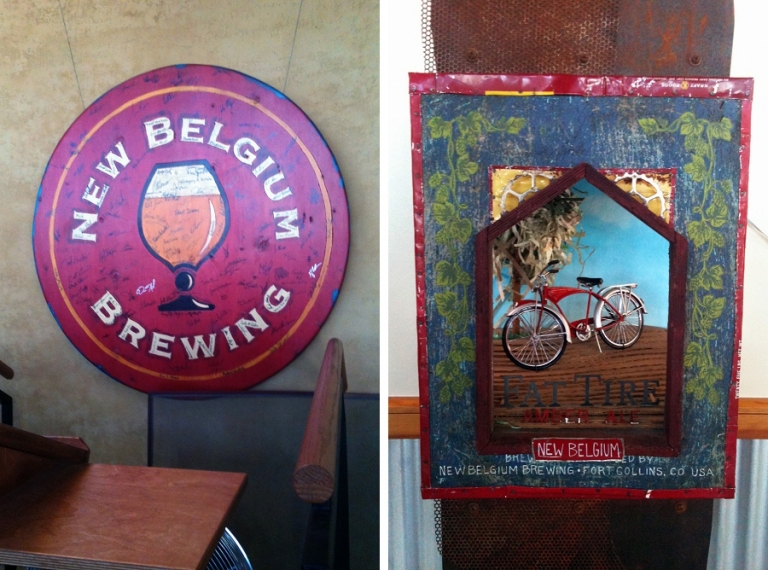 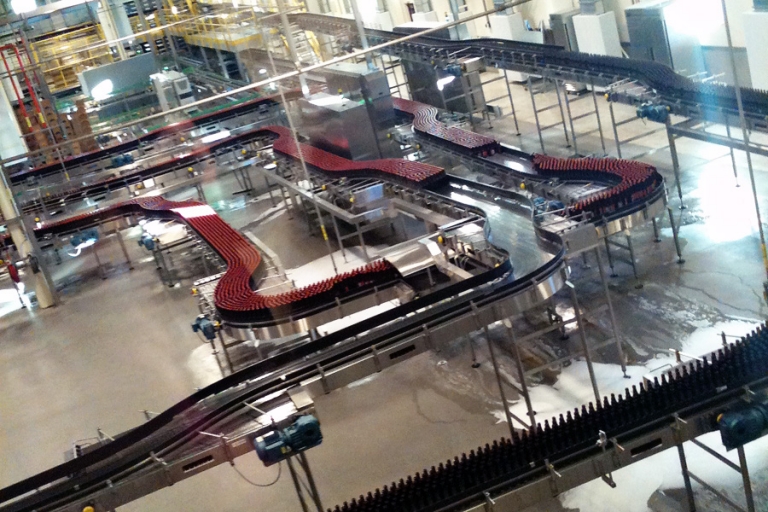 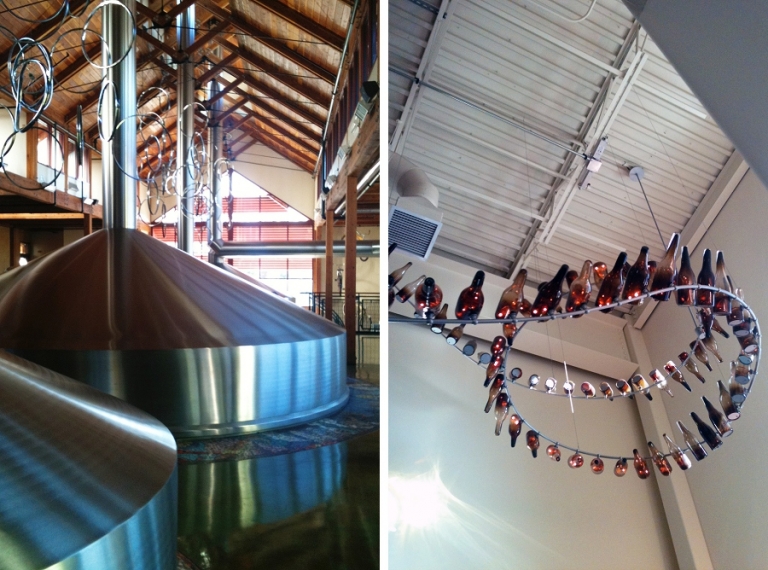 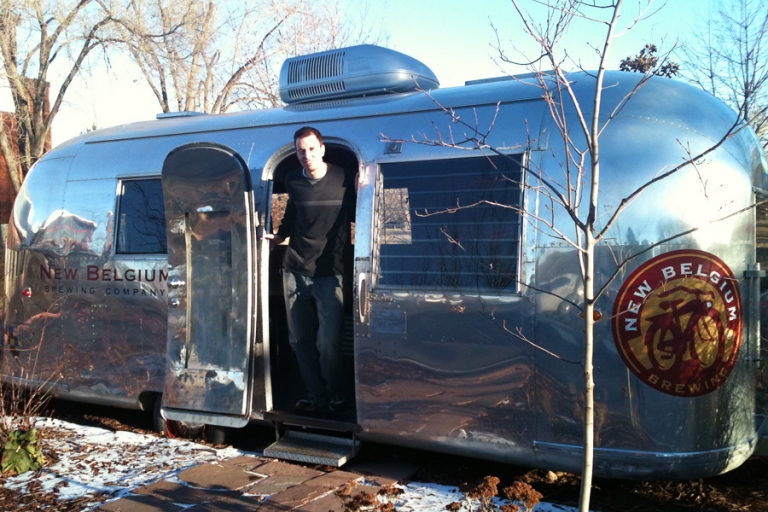 Next up is our tour of the Budweiser Brewery, which is also in Fort Collins. They offer a self-guided tour, Beer School, and/or a Beermaster Tour. The two latter options required reservations and a fee, so we just decided to pop by and do the free self-guided tour. If you’re a huge fan of Budweiser beer, the other options do look like more fun. (Chris and I went to Anheuser-Busch’s Beer School at Busch Gardens when they still offered it and it was informative and entertaining.) The complimentary tour is pretty basic – we walked through a series of hallways with interesting photo and video displays about Budweiser’s history and brewing process. We were also able to see the cellars through windowed walls. This tour is less interactive, but not a bad option if you are short on time. At the end of the tour, samples are offered in the Hospitality Room. We breezed through the tour in about 30 minutes to get to the samples and then to the real reason I wanted to visit Budweiser – to see the Clydesdales West Coast Team who were in town and on-site that day! 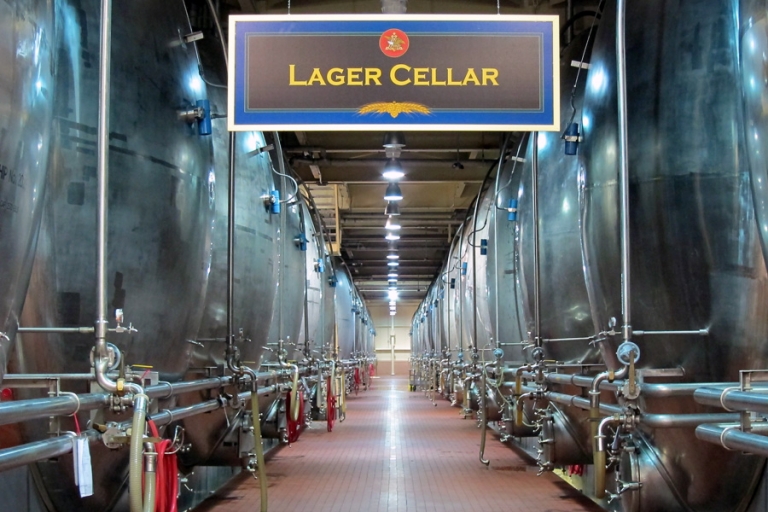 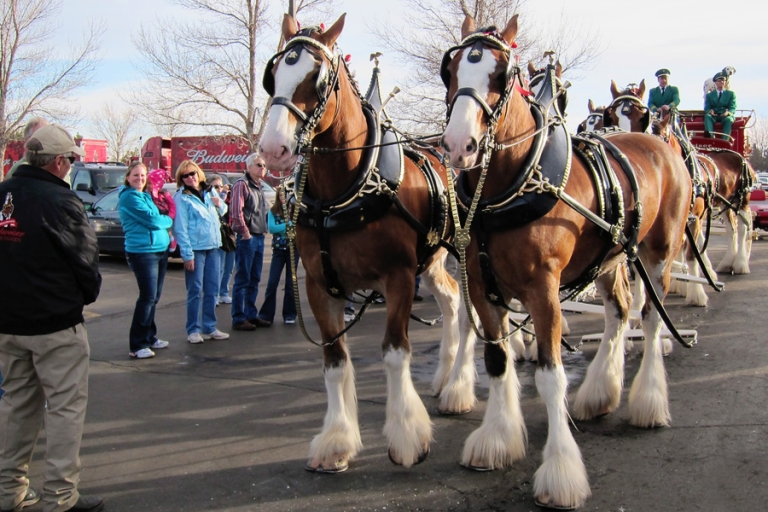 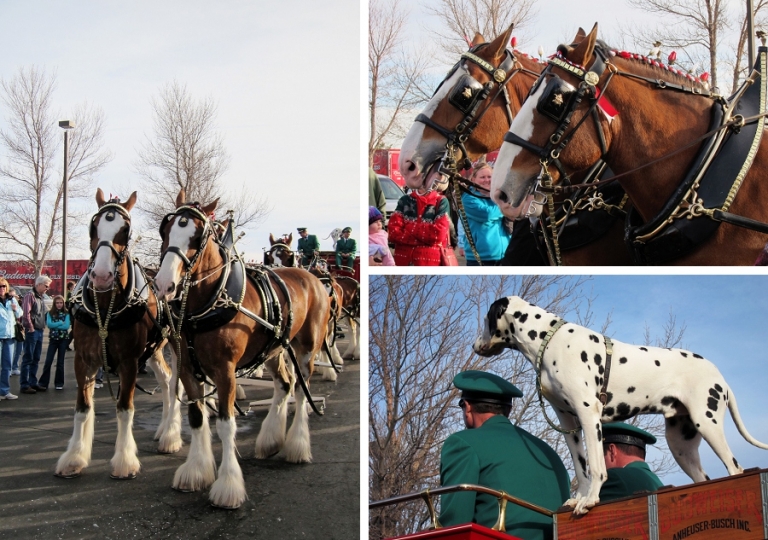 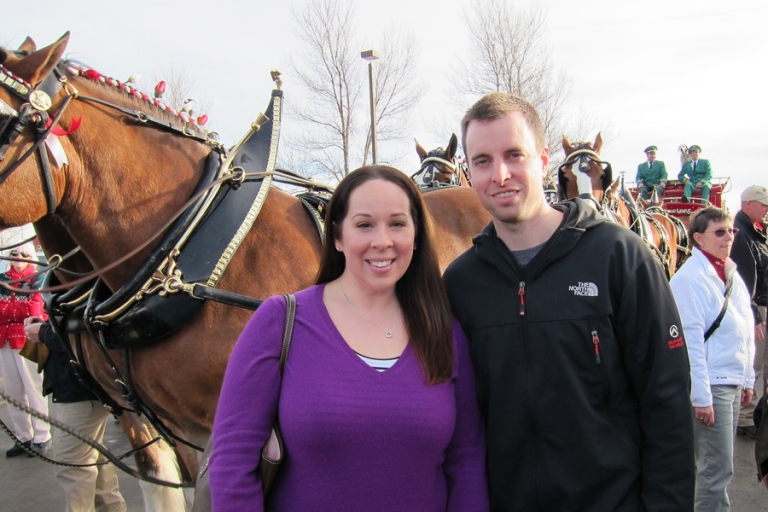 So what’s the verdict? If you’re a fan of craft beers and want an interactive/hosted tour with the most samples for your time, I’d suggest New Belgium. If you’re short on time or want to do a spontaneous tour without reservations, I’d recommend the complimentary tour at Budweiser Brewery. Check their website ahead of time if you’re also wanting to see the Clydesdales. If you’re like us and have time for both, you can check them each out (and/or several other breweries nearby) and make your own comparison – I’d love to hear which one is your favorite. Happy touring!

« Addie Is 1!Discovering Fort Collins at the Museum of Discovery »