Somewhat unintentionally, Chris and I ended up making the bulk of our 2016 travel plans with a bit of a theme: beer. We scheduled a trip to Belgium after Chris read a magazine article about touring Belgium’s breweries and bars on a bicycle. Chris has also always wanted to go to Oktoberfest, so Germany was added to the itinerary for this year. And since Prague isn’t far at all from Munich, I tacked it onto our Oktoberfest trip, giving us a well-rounded sample of Europe’s very best beers: Belgian, German, and Czech. 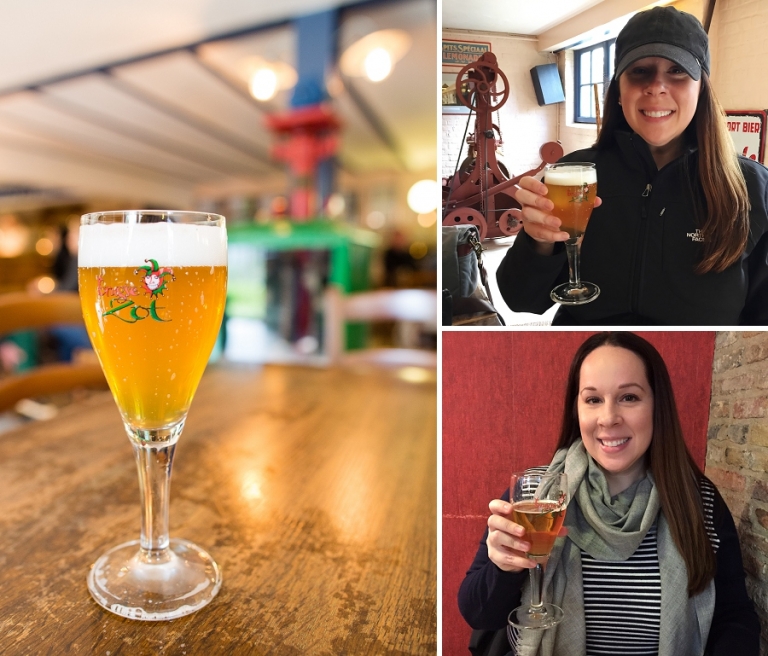 Chris and I kicked off our Belgian beer experience learning about Henri Maes and the last working brewery in Bruges, De Halve Maan Brouwerij. We took the 90-minute XL tour at 2pm, where our impressive guide led us through the brewery and a private beer tasting in three languages. We tasted three different beers (four, actually, since our last taste was a choice and we each picked a different beer) during a leisurely guided tasting for 19 euros per person. 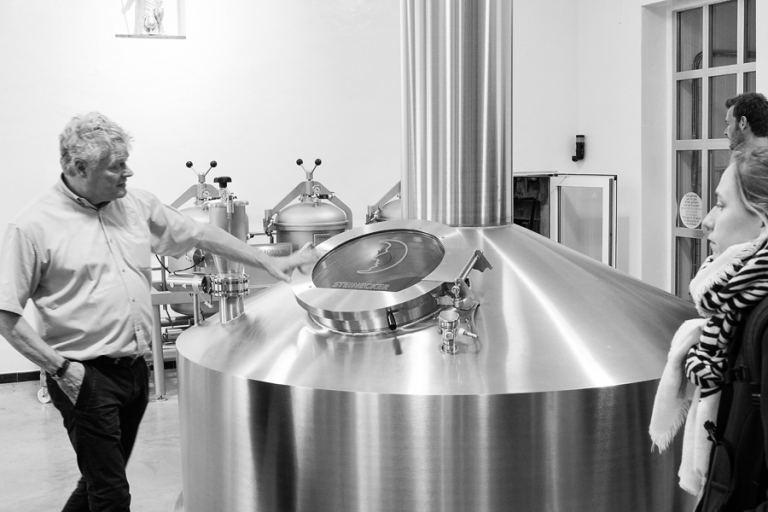 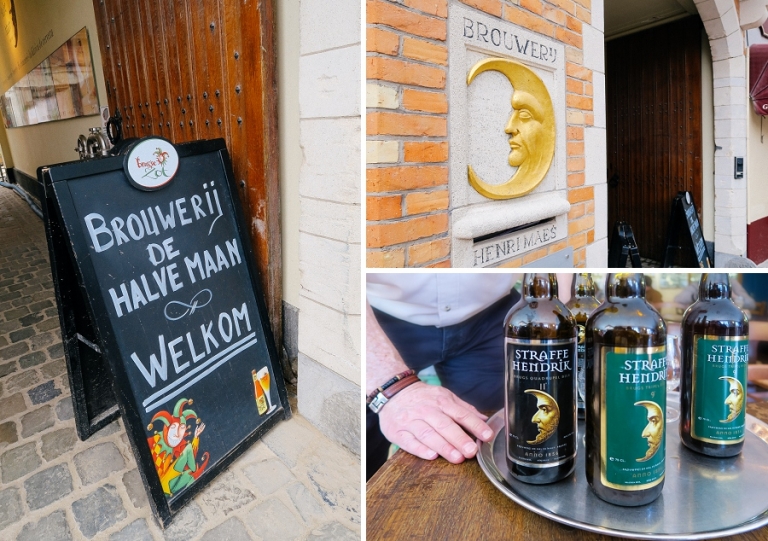 The tour was the perfect length to be informative and captivating, and our guide injected plenty of wit into the history and facts. As a bonus, the brewery has a fantastic rooftop view of Bruges. We both loved the Brugse Zot as our favorite from the tasting. 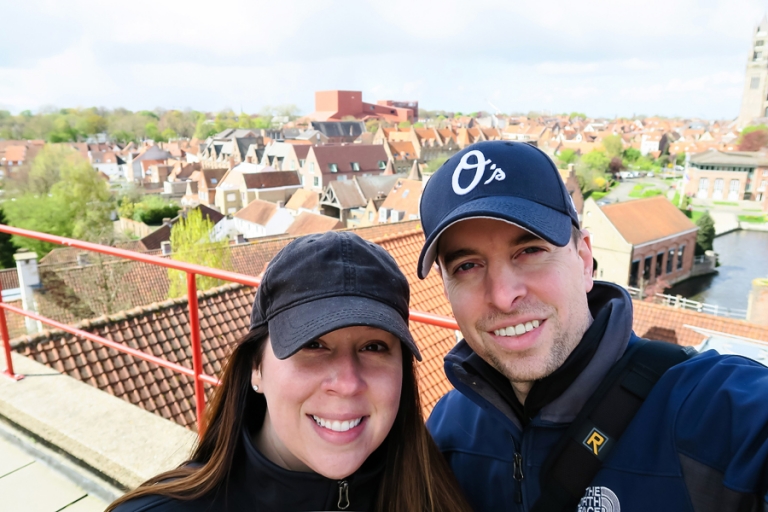 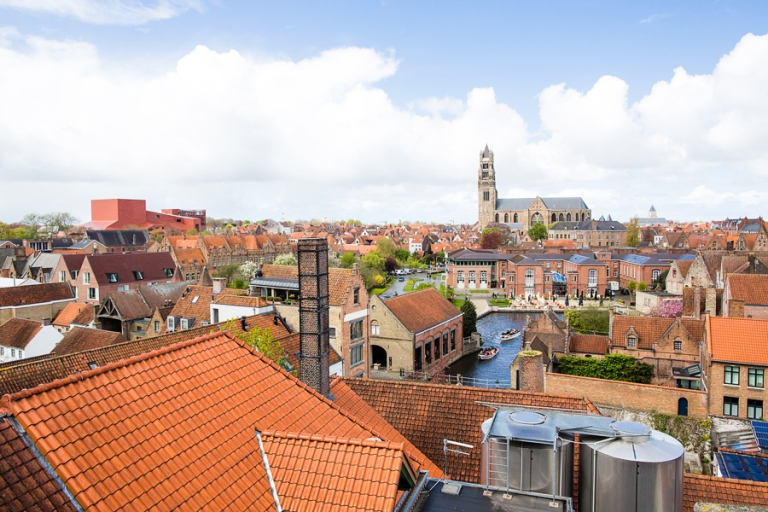 In addition to taking the brewery tour and drinking several beers at various restaurants, Chris and I also visited The Bottle Shop on Wollestraat to choose a few bottles from their incredibly extensive collection. A friendly local helped us pick out a selection of four different Belgian beers which we brought back to the hotel to sample throughout our stay. Chris especially enjoyed Delirium Tremens which thankfully we can purchase back home. 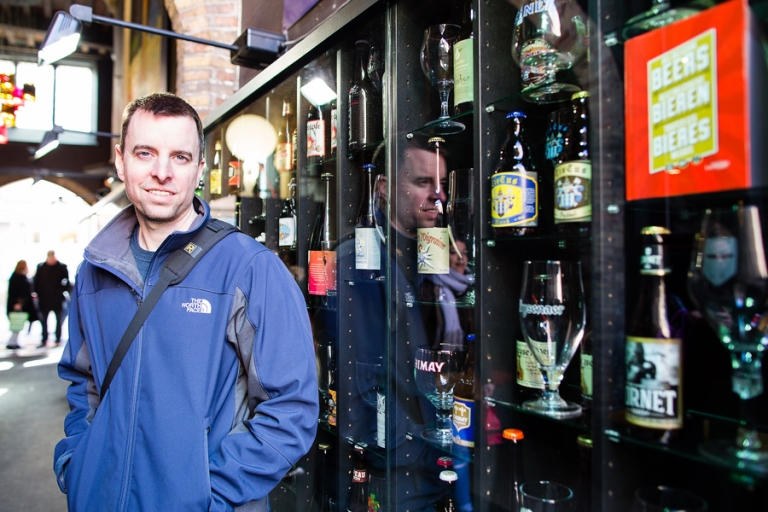 I’m just recently beginning my foray into the world of beer so I may still be developing my palate, but I found most Belgian beers a little difficult to drink other than the Brugse Zot. I think it was the combination of new and different spices that I’m not used to, but I did have fun trying them all.

Up next, Germany and a little festival called Oktoberfest (you may have heard of it?) will throw down in Round 2 of the Great Beer-Off of 2016!