The Lockhart: A Bar for Wizards and Muggles Alike

As any dedicated Harry Potter fan would, I felt it necessary to thoroughly investigate a new establishment in Toronto that has recently been all abuzz as a Harry Potter-themed bar. Chris and I were going to be in Toronto anyway, so when I heard about The Lockhart it was an easier decision to pop by than the Sorting Hat deciding to put Draco into Slytherin. 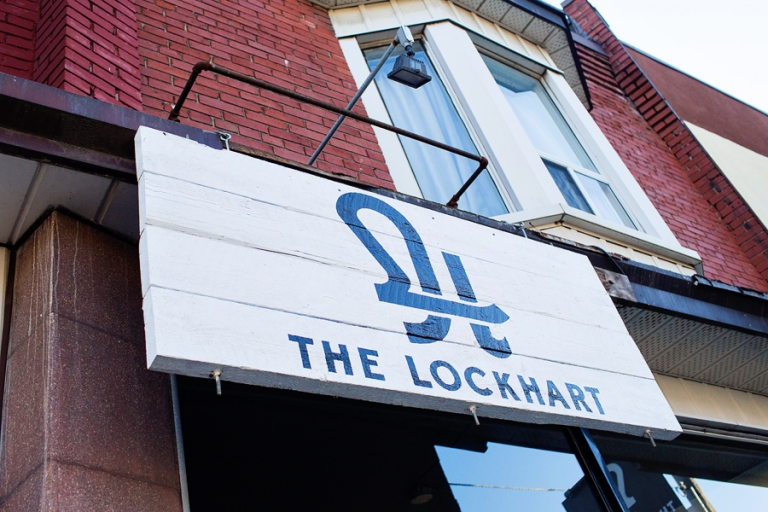 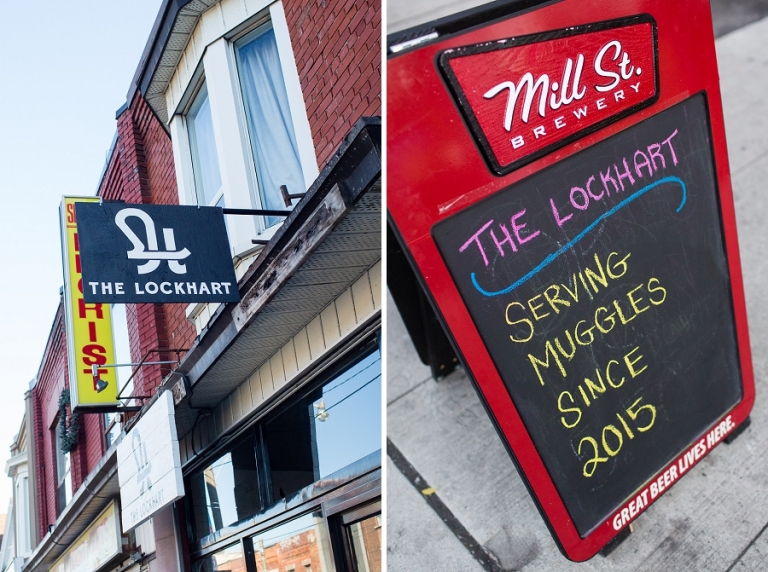 The Lockhart has received quite a bit of press worldwide and at only a month after they opened their doors the bar has a huge following. We actually almost passed on visiting because several reviewers complained about the long wait to get into the bar, and a few people reported that they weren’t even able to get in after an hour or longer. We decided to give it a try right at opening time, so we showed up in West End at 4:50pm on a Sunday and waited for the doors to open at 5pm. Chris and I were first to get there, but not even a minute after we arrived a dozen people showed up to wait with us. After we were inside and seated, the line outside continued to grow.

The nods to the Potter world are subtle, and I loved that. The Lockhart isn’t straight-up Harry Potter-themed, but it does look like it would fit right into Diagon Alley as one of the pubs where wizards and witches might congregate over an elixir. Easter egg drink titles on the menu will entertain hardcore Harry groupies (and one is said to be so obscure that you’ll earn a free drink if you guess the meaning), but muggles would be none the wiser. Other subtle nuggets from the wizarding world such as the stag logo or the “all was well” neon sign could mean anything to those unfamiliar with Harry Potter, so it makes for a fairly neutral spot catering to fanatics and non-fans alike. A few of the drink titles are reserved for Star Trek or Dr. Who fans, but again, subtly so. The only thing not-so-subtle in the bar was me with my camera, geeking out over the photo ops. 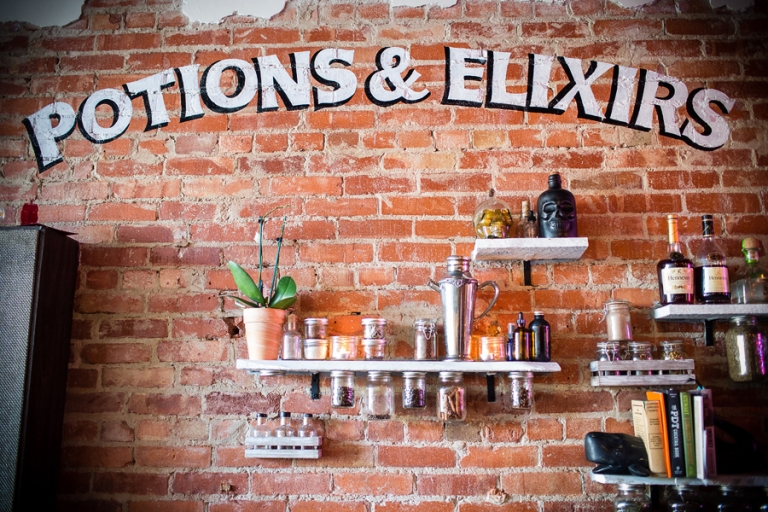 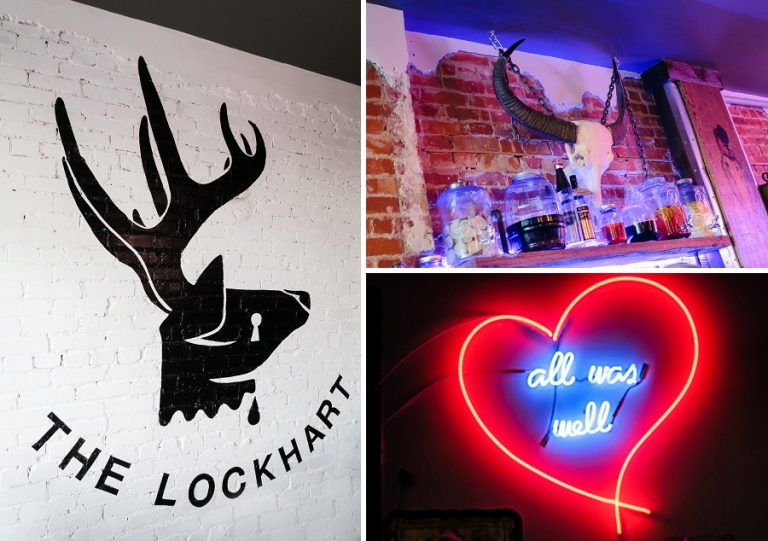 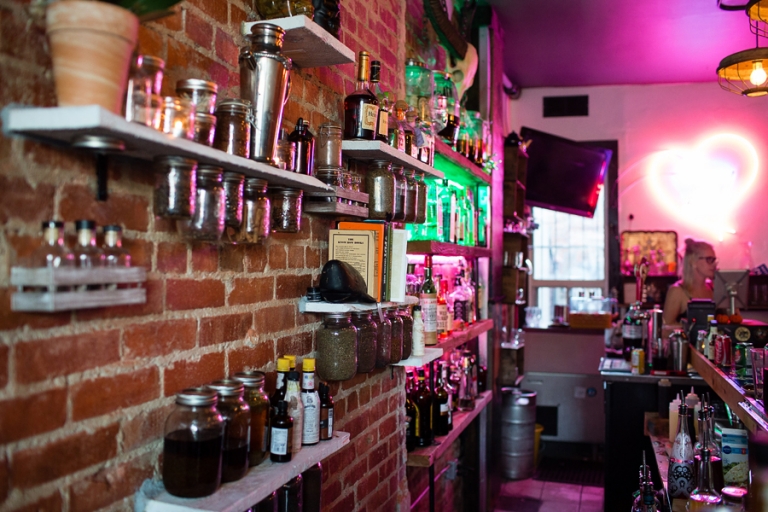 I’m a fan of specialty craft cocktails, and The Lockhart’s menu didn’t disappoint. Chris tried the Big Bad Wolf with bacon-infused bourbon, The Beach House (yum), and we split the Befuddlement Draft, served in a crystal ice bucket with two goblets and a ladle. It’s both a shared cocktail and a fun potions class experiment complete with exciting pyrotechnics. The Befuddlement Draft requires a trip to your Gringotts vault at $32 each, but it’s worth the experience to ooo-and-ahh over it one time and then move onto something else like The Shacklebolt. 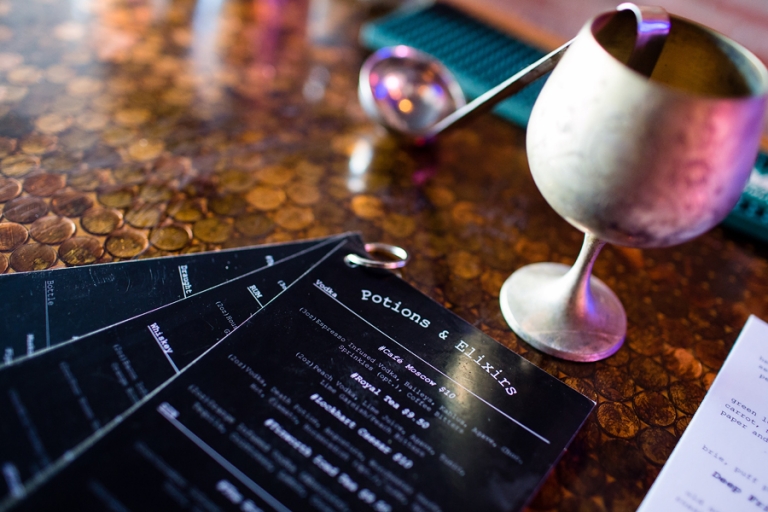 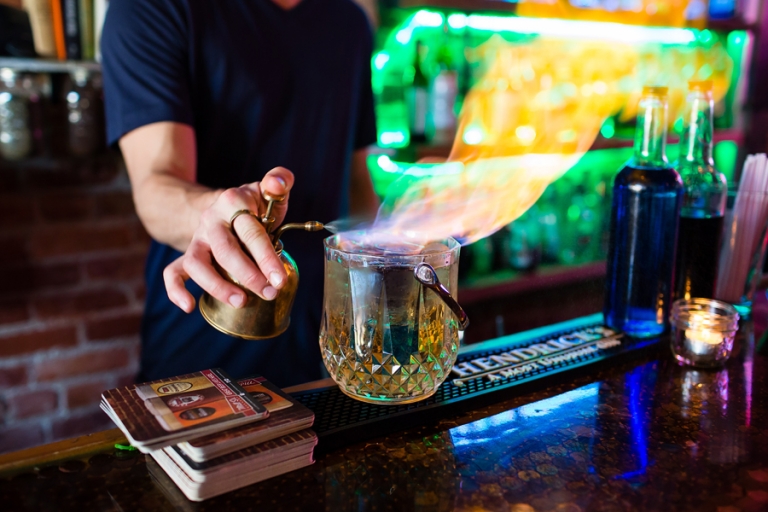 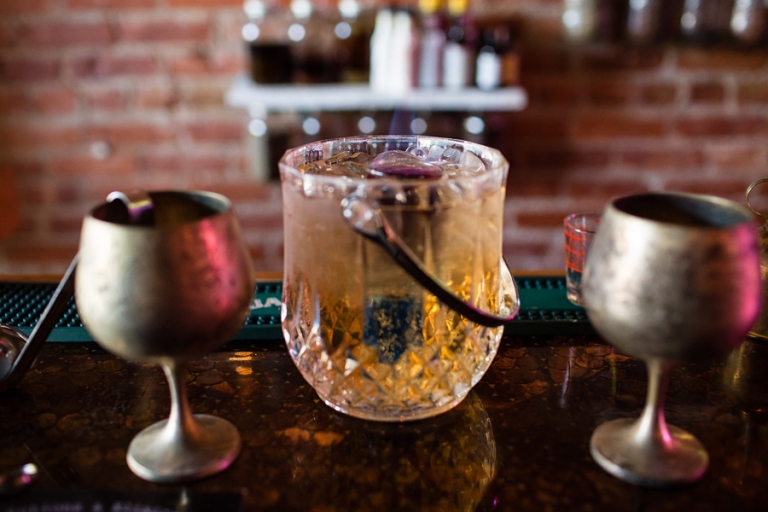 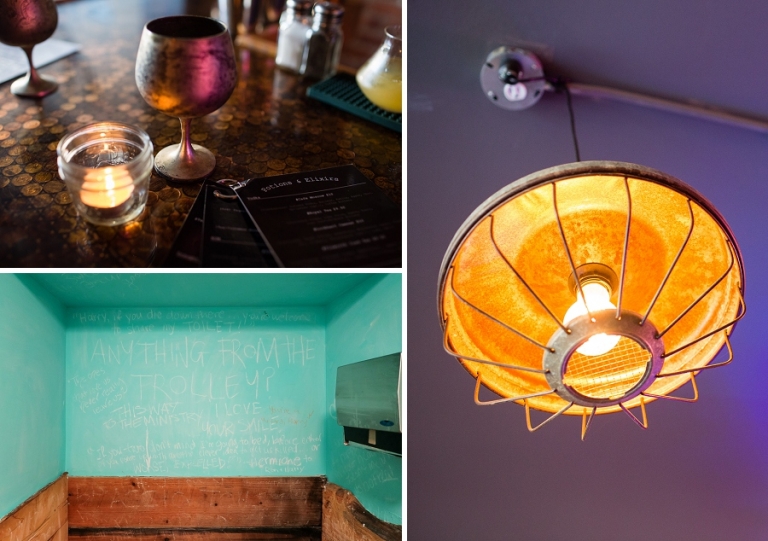 For a few directly related Harry Potter references, be sure to visit the loo where you’ll find out that the chamber of secrets is indeed open. You can also search the whole bar for a hidden Deathly Hallows symbol. I found it, but I don’t want to spoil the fun for anyone who wants to discover it for themselves. Let me know if you’re itching to hear where it’s located. 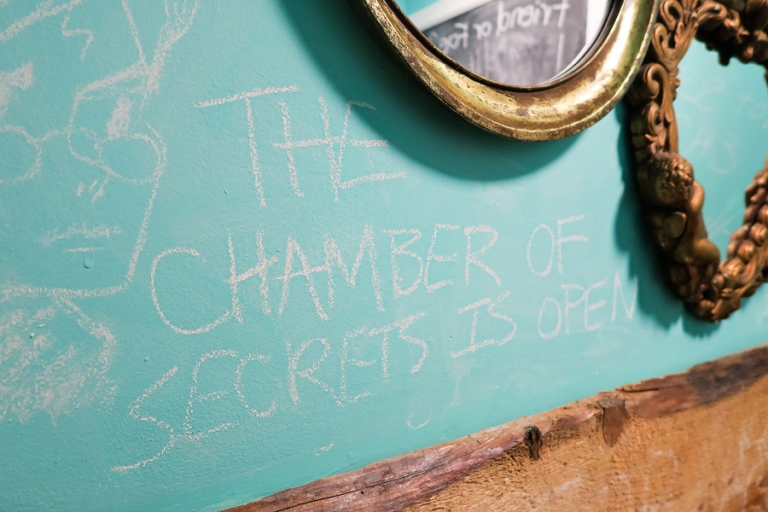 So whether you’re a Potterhead or someone who appreciates creative cocktails, The Lockhart has something for everyone. The tapas menu will tide you over if you’re in need of some snacks – we thoroughly enjoyed the Deep Fried Jalapeño Mac & Cheese Sliders. The staff were all Hufflepuff-level dedicated, friendly, and seemed genuinely excited to be there.

I don’t know if it’s worth a trip to Toronto only for the sake of stopping by The Lockhart, but it’s absolutely worth your time if you plan to be in the area. I’m glad we went! Try hitting the bar when the doors open to avoid the line, or be prepared to wait a bit for a spot in this cozy pub. And brush up on your HP knowledge so you can figure out that obscure reference to earn a free drink!