Tiptoeing Through the Tulips in Holland

As our flight descended into Amsterdam, I gasped, “LOOK AT THE TULIPS!” to Chris…and to all of the passengers within several rows. I snapped a quick (and fairly terrible) iPhone shot through the dirty, scuffed-up airplane window, and spent the rest of the time gawking at the birds-eye sight of The Netherlands, exactly as I had imagined it. 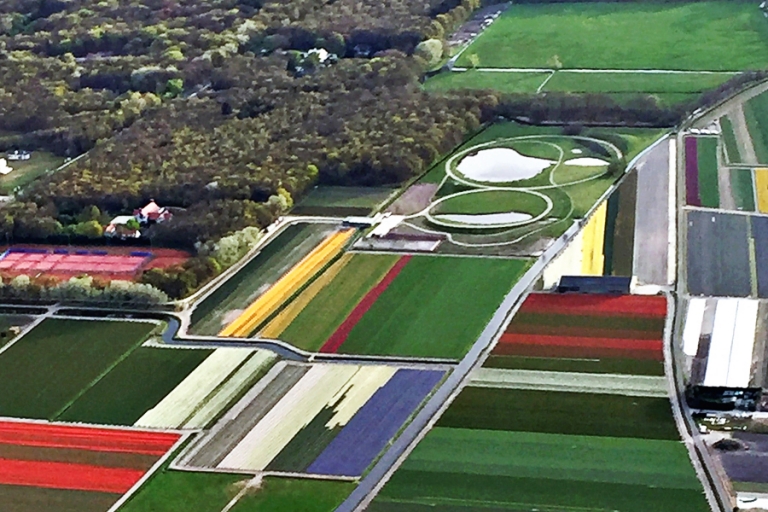 So technically, teeeccchnically I could have crossed off my longtime bucket list goal of photographing tulips in Holland right then and there. But I had high hopes for doing a little better than a blurry iPhone snapshot. And then when we checked into our Oud-West neighborhood Airbnb apartment, a fresh bouquet of tulips awaited us. The next day we found them throughout the city, too, and thus plenty of tulips ended up in front of my lens. So again, I suppose I could have checked the box on being in Holland and taking pictures of tulips. 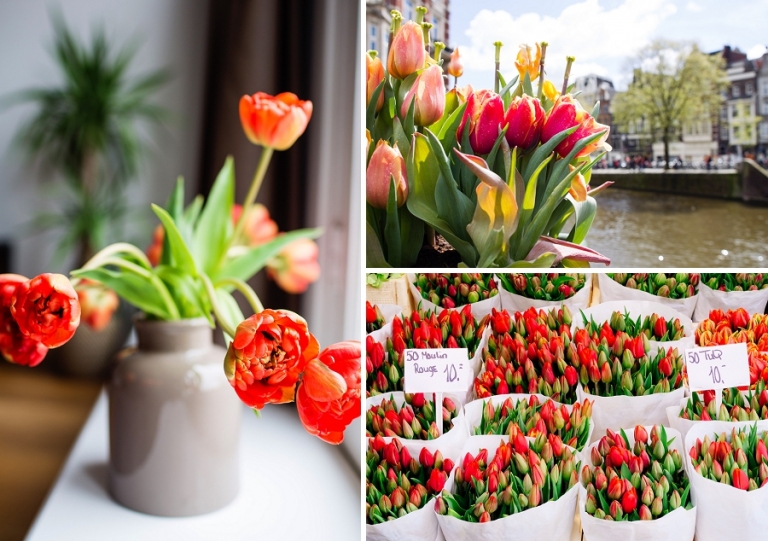 But I had dreamed of photographing the tulip fields specifically, the rows upon rows of perfectly placed bulbs, blooming in bright springtime colors. With time and convenience in mind, my trip research pointed me to Keukenhof Gardens, where I’d be able to spot as many tulips as possible within a 30-minute bus ride from Schiphol. 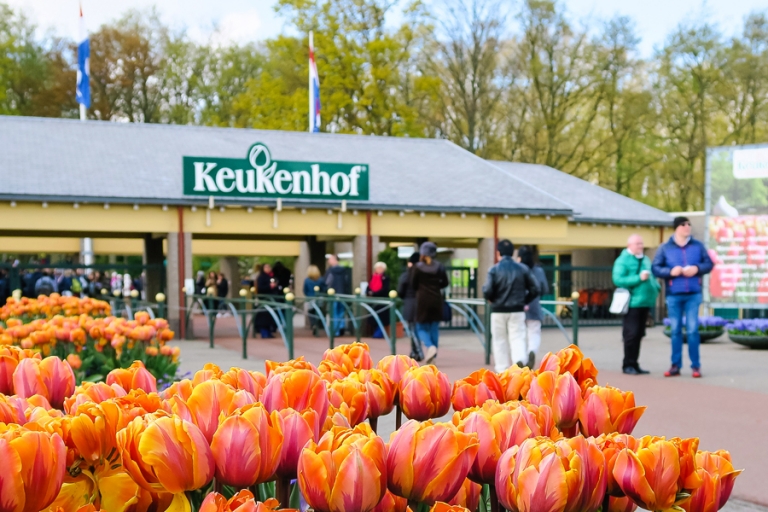 We purchased the combi tickets online before our trip, which allowed us to simply hop onto the 197 bus to the airport from the Leidseplein/Museumplein area of Amsterdam and then the 858 Arriva bus (big green bus covered in tulips – you can’t miss it) to and from the gardens. I liked that the combi tickets weren’t tied to a specific date, so we were able to play it by ear and pick the best weather day. I briefly considered a tour group simply for transportation purposes, but it would have taken up the whole day with no flexibility for the weather. I’m glad we went on our own schedule.

Keukenhof dazzled me from the moment we stepped through the gates (admission is included in the combi ticket), and I ran around photographing as many bulbs as possible before I wore myself out. Plenty of other people had the same idea that day, but despite the crowds it was still completely possible to find pockets of the park to ourselves, and to take pictures without people in them. I originally wanted to rent a bike and ride through the fields, but as was the theme of our trip, it was just too cold. I was happy to have a rain-free afternoon to see and photograph the flowers, so I’m not complaining! (Tip: flowers don’t always photograph as well in bright, direct sunlight, so don’t be discouraged by an overcast day!) 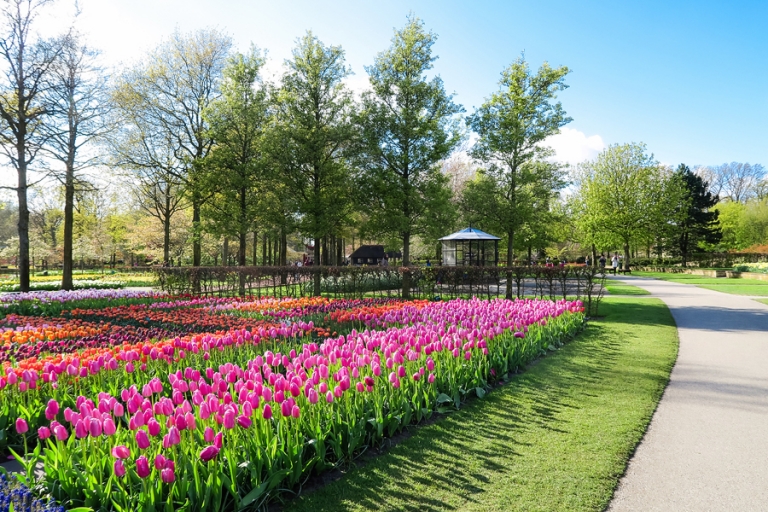 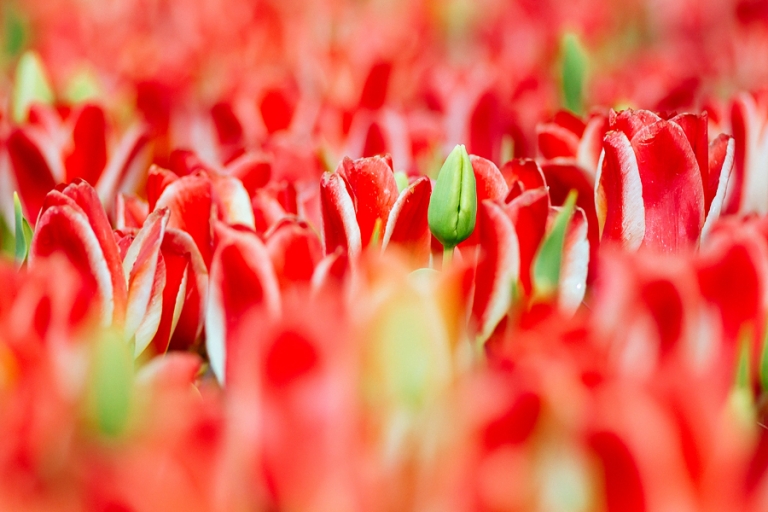 Several resources in my research advised to plan a half-day or even a full day at the park. I suppose it depends on what you hope to accomplish, but we were there a little over two hours and saw everything we wanted to see. If you include a mealtime there, plus moments to just sit and take it all in, and/or are visiting with kids and plan to play on the playground and spend time at the little petting farm, then yes, you can probably fill the day.

We didn’t eat a meal at the park, but we did find very tasty waffles and poffertjes (mini pancakes) at a stand near the playground. We also did a boat tour around the fields, but I found it to be a bit slow and some of the fields had already been harvested so we were often gazing at empty plots of land. I think it took about thirty minutes.

And now…copious amounts of tulip photos. 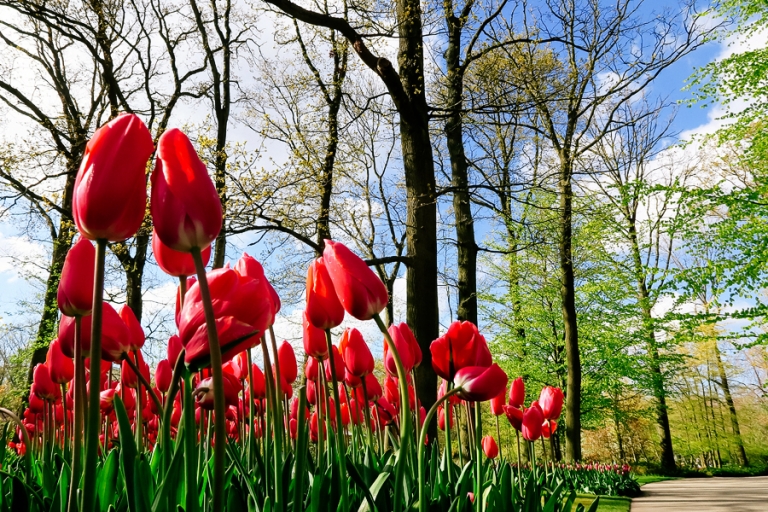 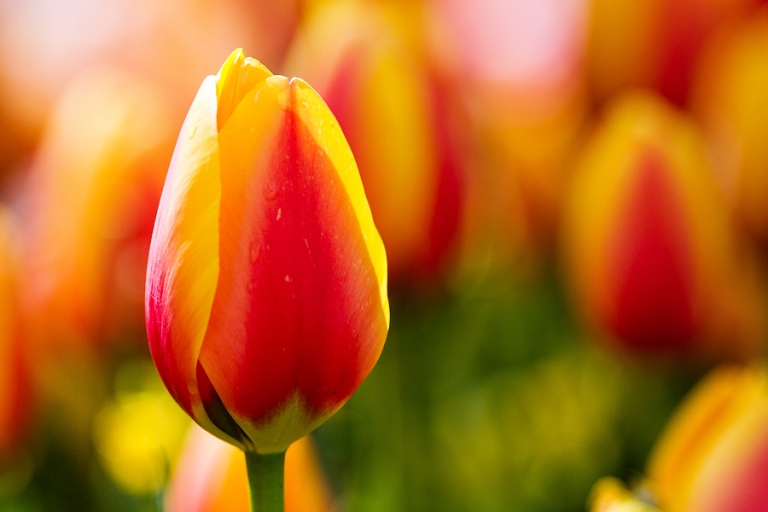 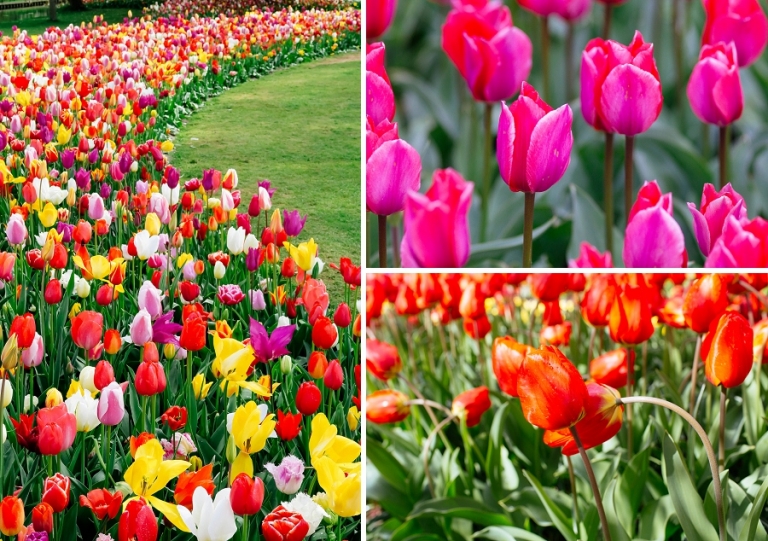 This photo of the field is the exact shot I was hoping to get! Rows and rows and rows… 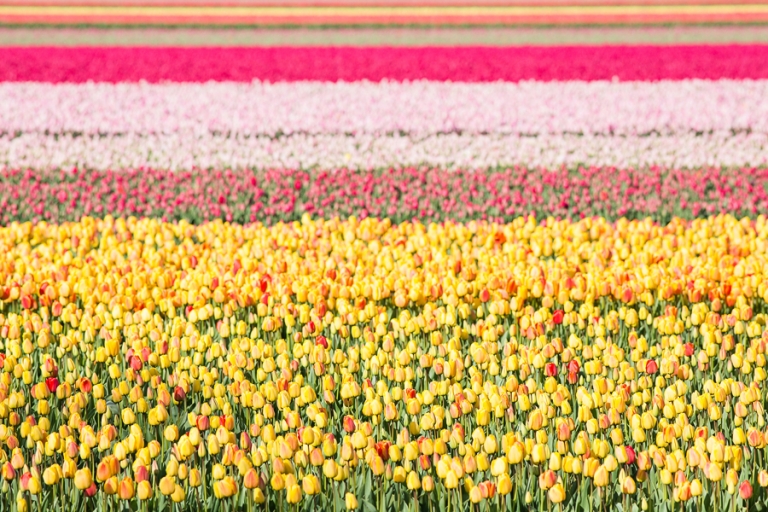 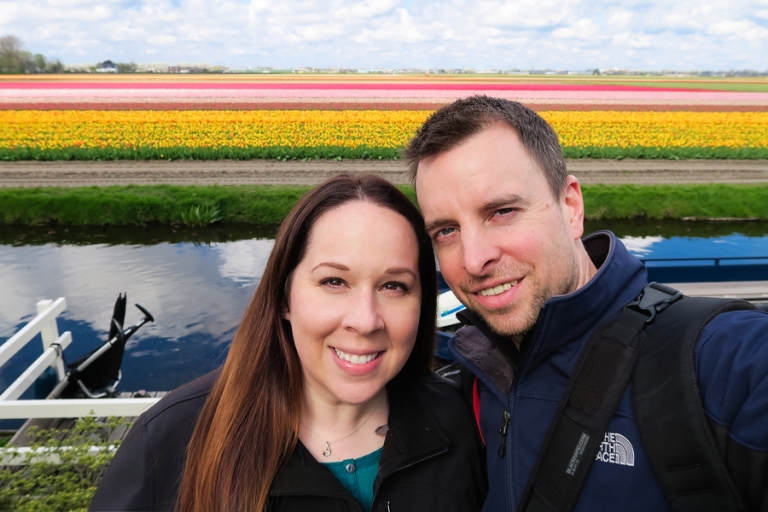 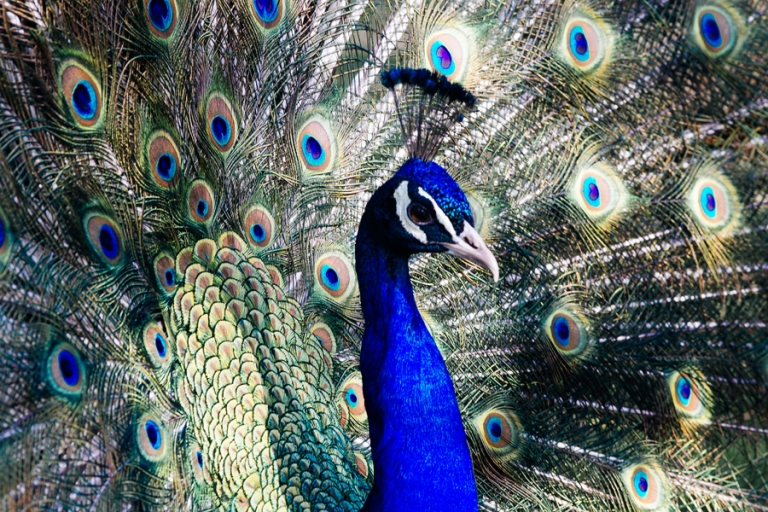 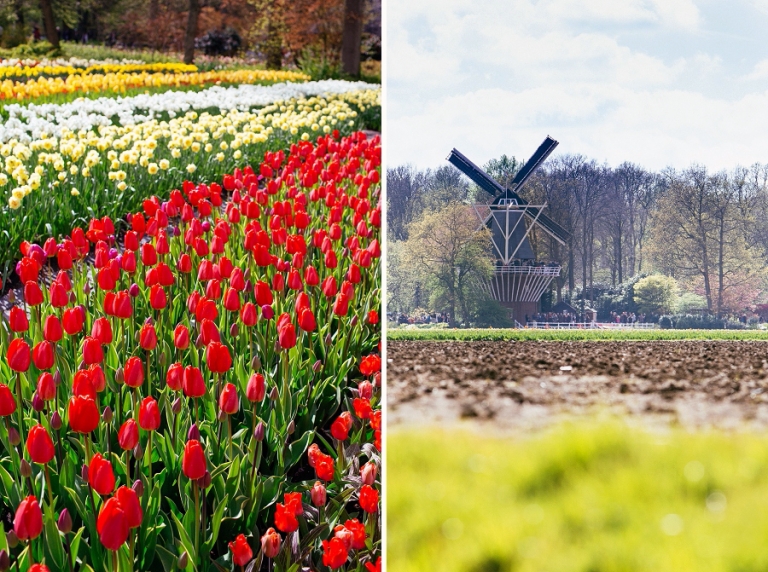 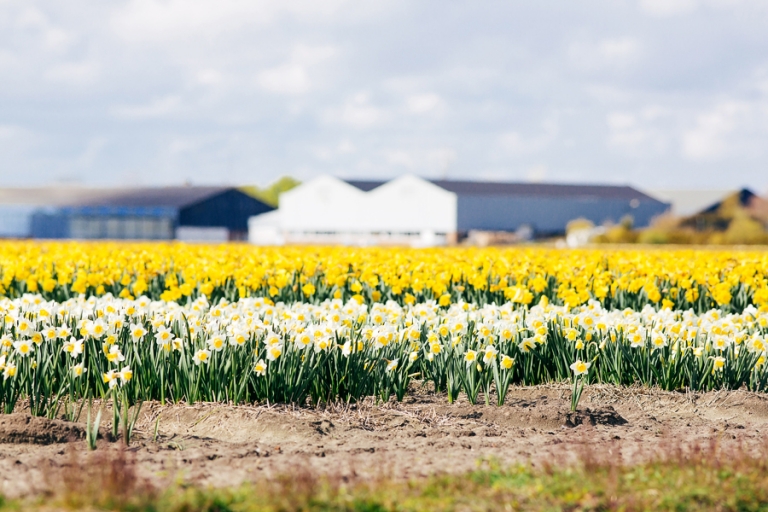 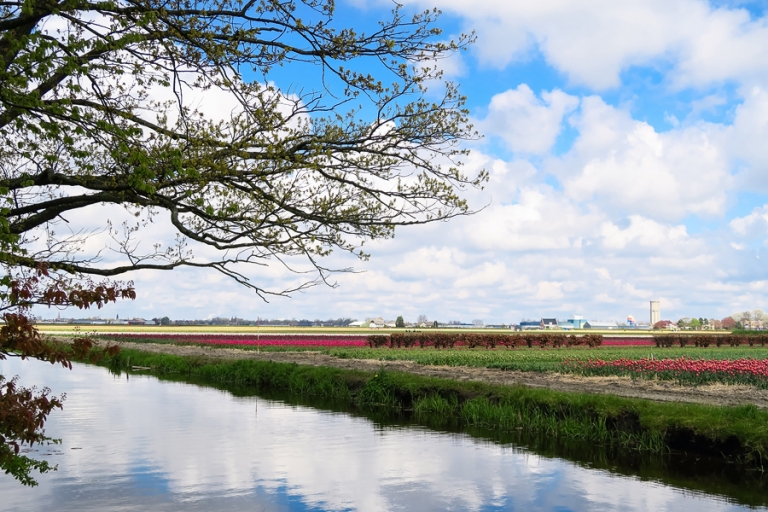 It was so fun to cross this one off! Up next: an afternoon in the quaint neighborhood of Zaanse Schans.

How to Drive the Ring Road in Iceland
Southern Iceland Sampler - Part I
Scotland Snapshot
The Great Beer-Off of 2016: Round 2 Germany
Tags: Europe, The Netherlands