My in-laws were in town this past weekend when we had the most gorgeous last-days-of-summer weather, so Chris and I decided we would all head out to the National Air and Space Museum (NASM) together. None of us had been to the museum in several years and it’s a favorite, so it seemed like a good time to visit. (I mentioned to Chris that the last time I went I was a senior in high school to which he pointed out, “That was more than half your life ago!” Ack.) I was also curious to compare the museum to the Stephen F. Udvar-Hazy Center closer to home, hence what I’m calling the Air and Space Smackdown.

In this corner, the classic National Air and Space Museum… 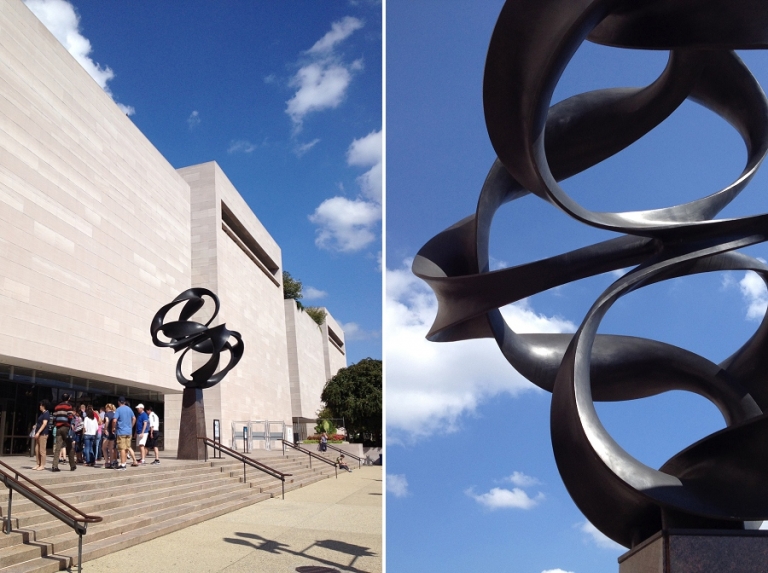 …vs. the newcomer, the Stephen F. Udvar-Hazy Center. 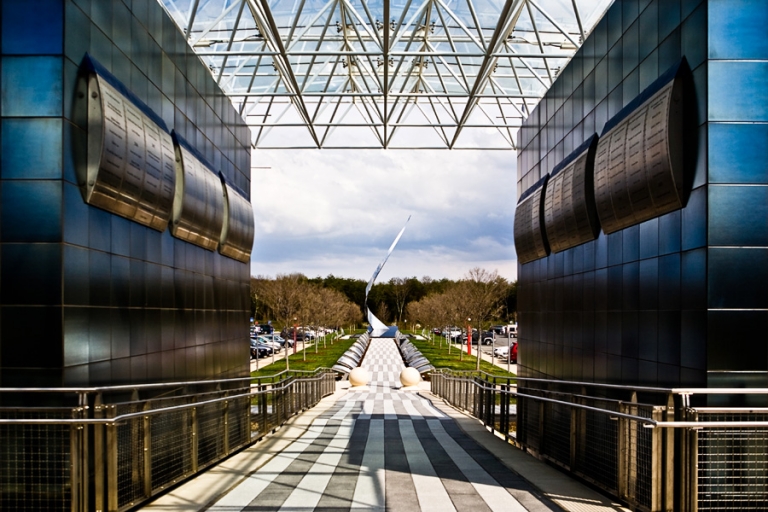 Two contenders go into the ring, and there can be only one winner. No, just kidding. Both museums belong to the extensive Smithsonian Institution, but they are separate entities in location so I’m pitting them against each other for fun. Here’s a quick run-down:

The National Air and Space Museum is in D.C. on the National Mall along with many other museums belonging to the Smithsonian complex. Entrance to the NASM is free, so we only paid for a Metro ride out to the heart of the city. Udvar-Hazy is situated along Rt. 28 in Chantilly, Virginia, fairly close to the Dulles International Airport. It’s about a 40-minute drive from D.C. to Chantilly or a 1.5 hour trip via combination of Metro and public bus. So if you’re only visiting D.C. for a short time and you’re staying in the city, Udvar-Hazy can be a bit tricky to access. Admission is also free, but there is a pricey $15 parking fee if you arrive by car before 4pm (parking is free after 4pm; the museum is open until 5:30pm). One extra bonus to the Udvar-Hazy Center though – the Donald D. Engen Observation Tower where you can take in a 360-degree view of the airport and the surrounding area. Other than that though, there is nothing next to Udvar-Hazy, so the location isn’t really conducive to other activities. Both locations have the same fees for optional activities such as the IMAX movies and flight simulators. So +1 for cost and location goes to the National Museum where you can easily visit for free and on foot if you’re already in the D.C. area perusing other museums.

The collection of artifacts across both locations includes over 60,000 pieces to document the history of aircrafts and spacecrafts, including airplanes, rockets, satellites, spacesuits, gliders, and balloons. Other artifacts such as documents and various media complete the collection. One of my favorite displays at the NASM location was a glass case in the World War II room that housed small objects like black-and-white photos, medals, hand-written letters, tiny song books, and other mementos in a scrapbook-like format. I’m trying to compare the exhibits in a fair and unbiased manner, but it’s hard when Udvar-Hazy has a space shuttle on display! When we visited a few years ago, Chris and I saw the Explorer, but it’s the Discovery that is currently on display in the James S. McDonnell Space Hangar. NASM does have the Hubble test telescope and the Skylab space station that you can go inside, but for me it just doesn’t get any better than getting up close and personal with a space shuttle. Plus there are just so many pieces at the Chantilly location (see the next section for details on square footage). I fact-checked this – there are more than 3x the number of aircraft on display at Udvar. +1 goes to Udvar-Hazy for exhibits.

Both locations utilize the same photography policy – commercial photography is not permitted without contacting the museum for permission, but photography for personal use is allowed and encouraged! Just leave the monopods and tripods at home. NASM does have more window light, but I personally enjoyed photographing inside the Udvar-Hazy Center because I felt like I had more elbow room to step back for wide shots and to get close for detail images. And I wasn’t just imagining the extra space – at 760,000 square feet, the Udvar-Hazy Center is almost five times the size of the NASM in D.C. which has 161,145 square feet of exhibition floor space. Wow! So +1 goes to Udvar-Hazy here.

And speaking of photography, here are a few photos from both locations starting with the National Air and Space Museum: 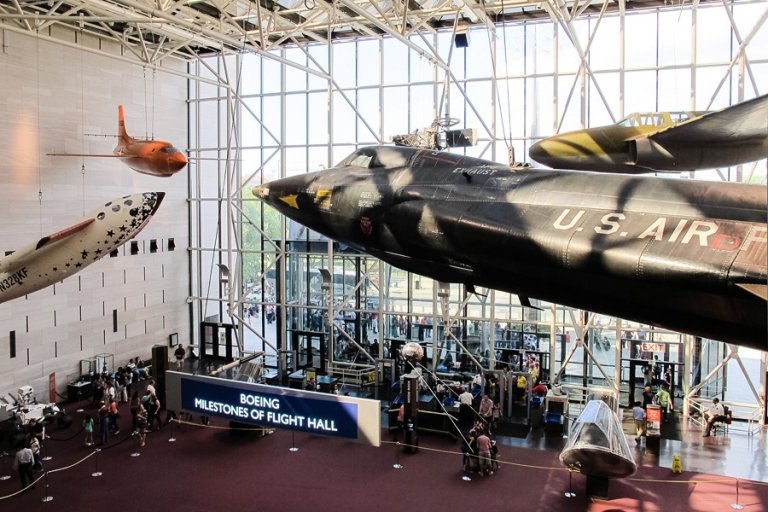 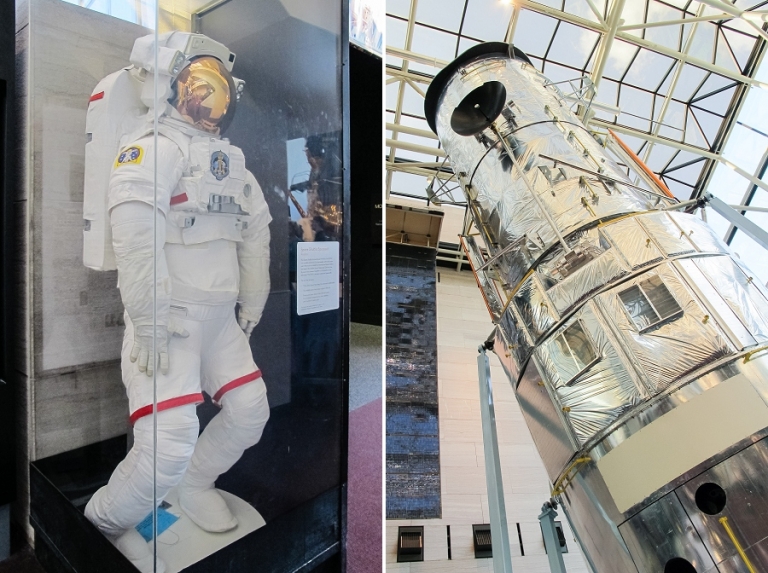 How about a spacesuit reflection selfie?! And that’s Mel and Marianne to the left. Mel was a pilot in the Air Force, so I think we definitely need to visit Udvar-Hazy next time for the sheer number of planes on display. 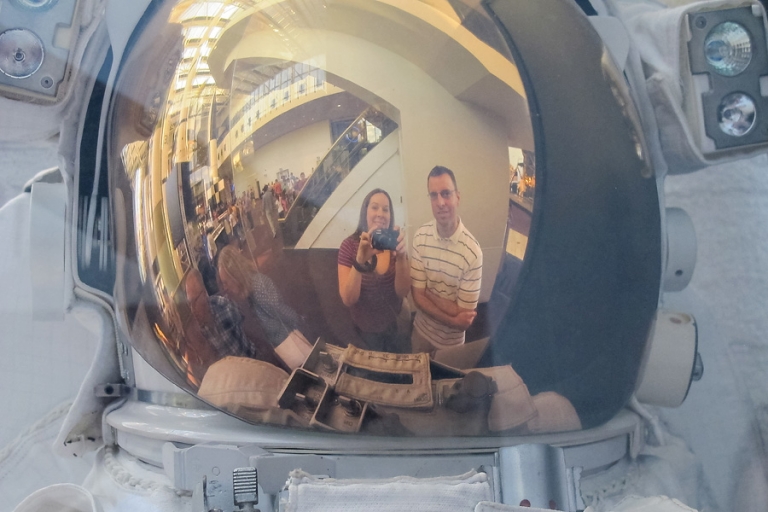 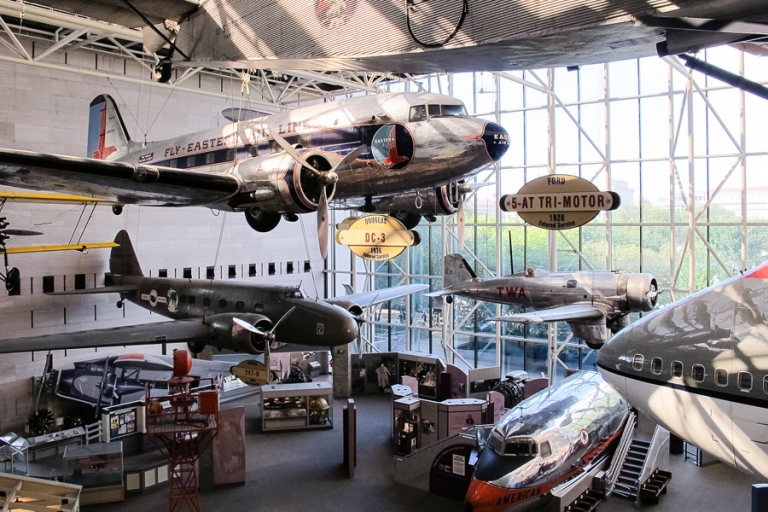 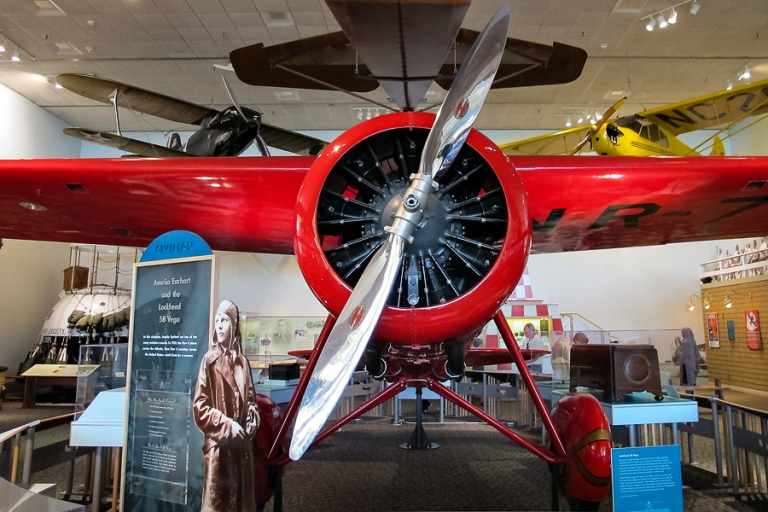 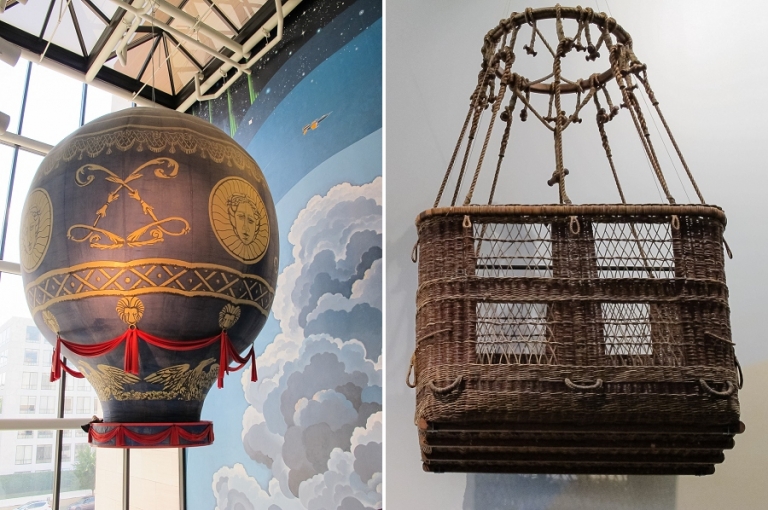 This is the “scrapbook” display in the World War II room that I enjoyed perusing. 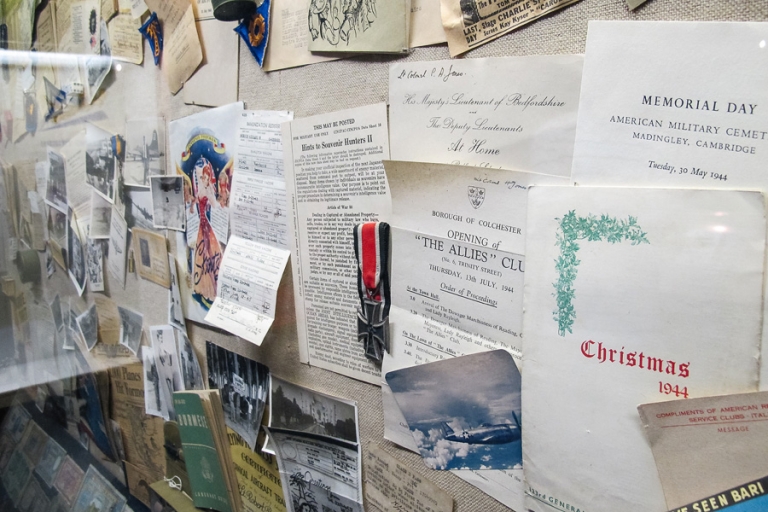 And then here’s the Udvar-Hazy Center. Chris and I took these photos a few years ago, and we’ve visited the museum a couple of times since then for functions at work – the entire museum can be rented out for a special event. The entrance is quite impressive, as is the extensive layout and roomy floor space within the hangars. And of course, there’s also a space shuttle inside! 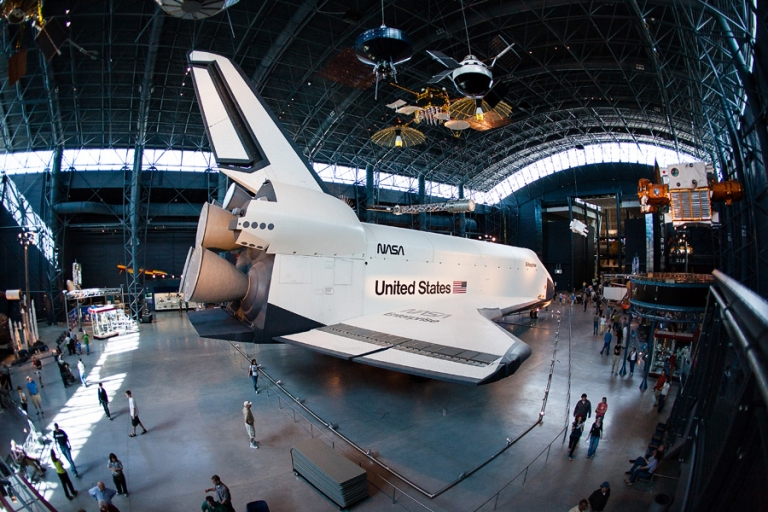 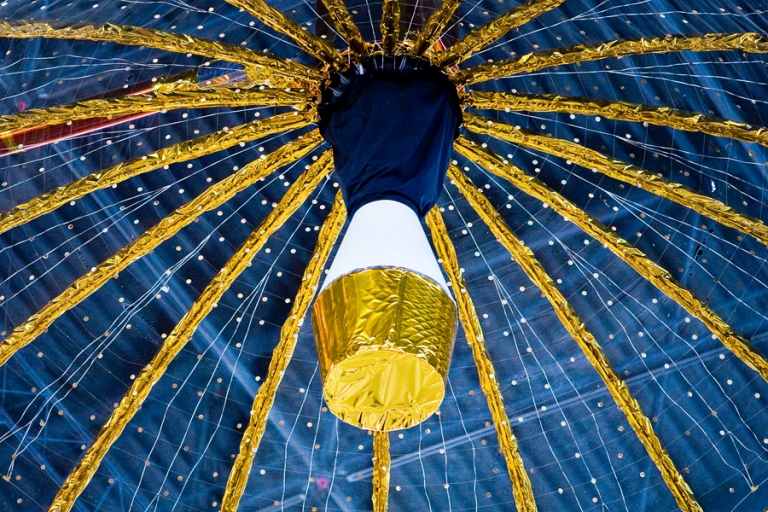 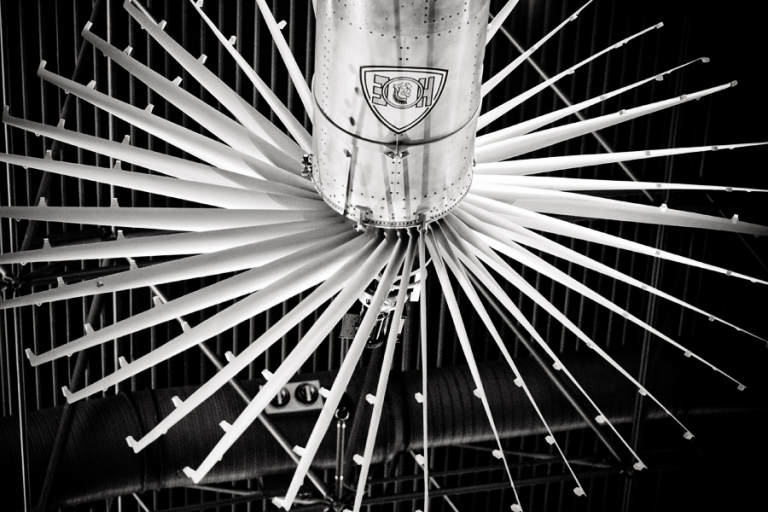 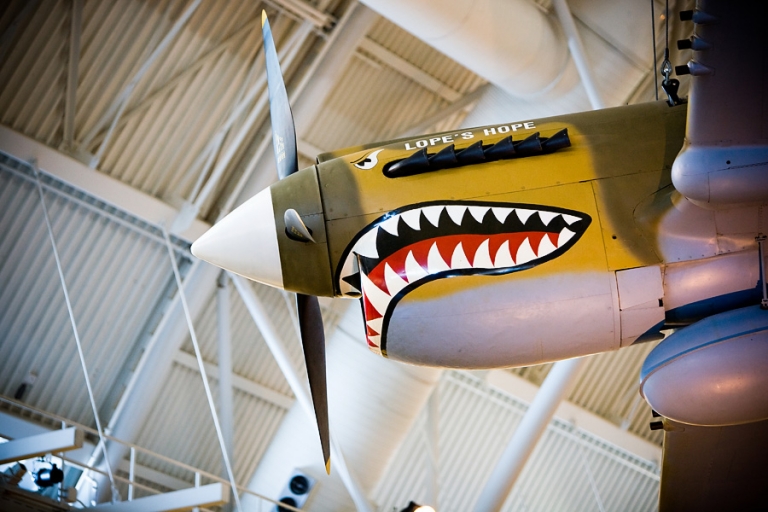 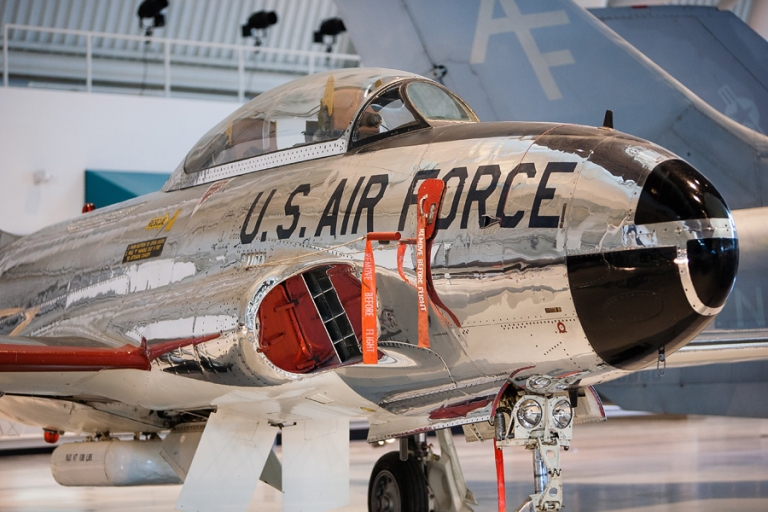 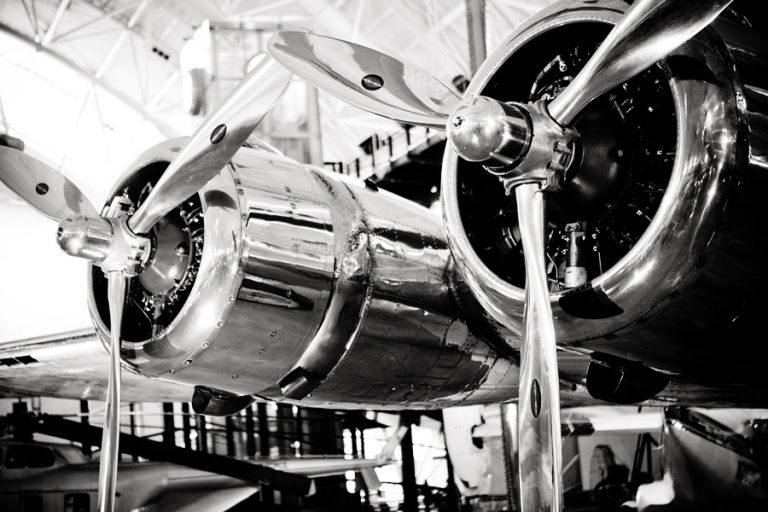 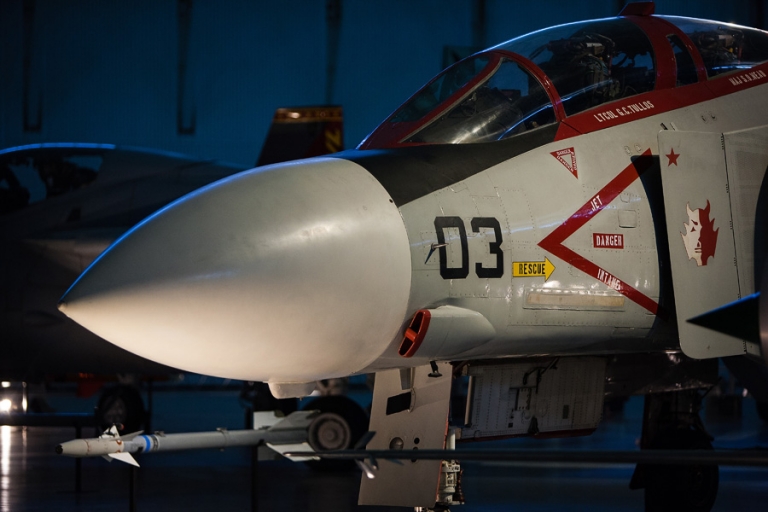 And the Winner is…

My own personal favorite is the Udvar-Hazy Center! I like the layout and the sheer size of the space. But if you are an avid air and space enthusiast, you owe it to yourself to visit both museum locations (especially if you’re a local). If you’re a casual fan and/or only in the D.C. area for a short period of time, I would stick to the National Air and Space Museum – they have plenty of displays and artifacts there to keep you busy and educated for hours. It truly is remarkable and awesome how much the human race has accomplished in the air and space arena over a short period of time.

It is difficult to say what is impossible, for the dream of yesterday is the hope of today and reality of tomorrow. — Robert Goddard

« Packing for Iceland in the SummerPhoto Friday – Happy Fall »