Calling all Harry Potter fans! Chris and I spent our long Columbus Day weekend on a quick jaunt to Florida to visit Universal Studios, and I can now confirm that the newest additions are awesome. Ever since Diagon Alley opened in July, I’ve been dying to see the new section of the Wizarding World of Harry Potter. I had such a great time last year with Casey when we geeked out in Hogsmeade, and I couldn’t wait to see what else was added to the park.

We arrived at Universal Studios first thing on Sunday morning, and went straight to the Wizarding World. Up until this weekend, I managed to avoid most articles and photos of the new stuff so that I’d be thoroughly surprised. I was actually so in-the-dark about everything that I didn’t even know how to get to Diagon Alley from the London area! (The entrance is tucked into the red building in the photo below and you come out through an opening in a brick wall, of course.) 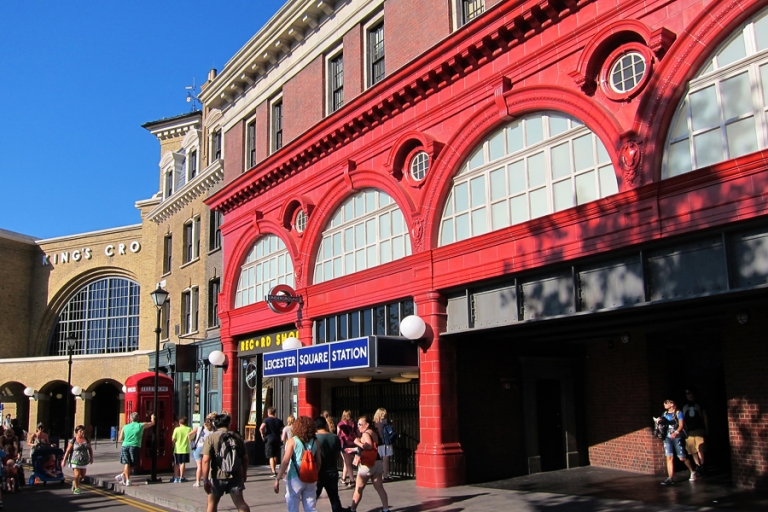 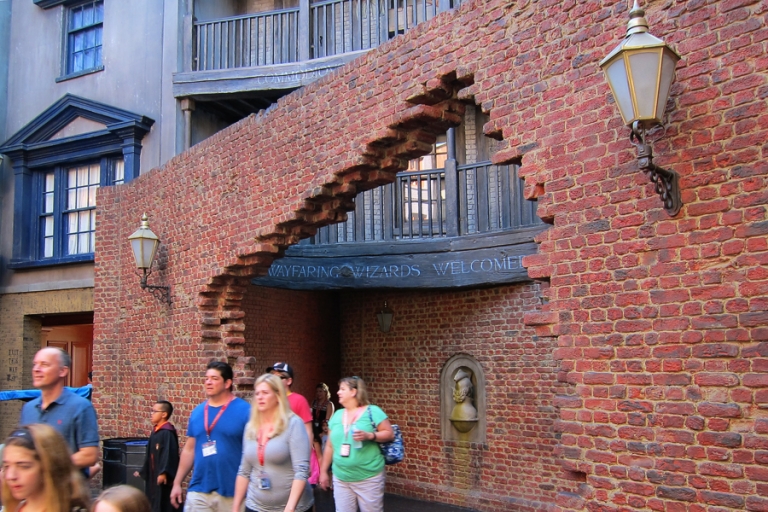 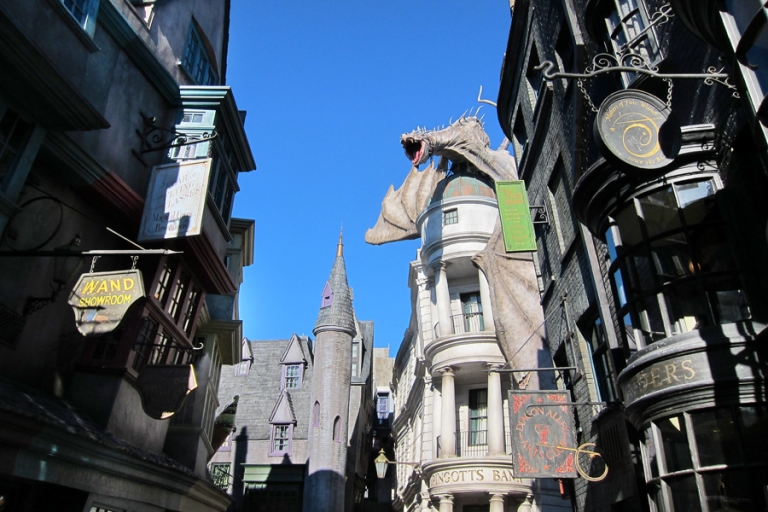 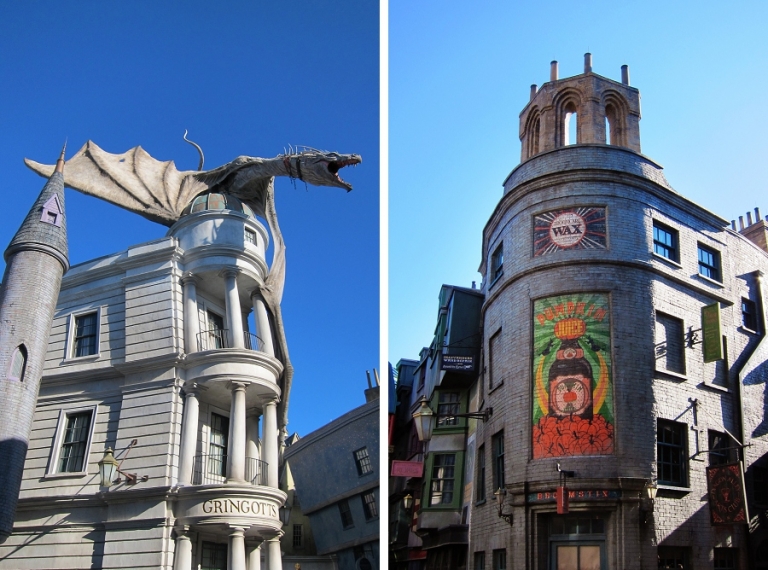 We made a beeline straight for the Escape from Gringotts ride, but sadly it was (temporarily) nonoperational and they had closed the ride. Not even an alohomora spell could get us into the bank. Womp womp. So the next thing on my must-do list was to drink a frozen Butterbeer and to see how Chris liked it (he loved it, too). It’s totally fine to drink it for breakfast, right? Especially on such a hot day – the day’s high promised to be over 90 and it felt like we were already there by 10am! 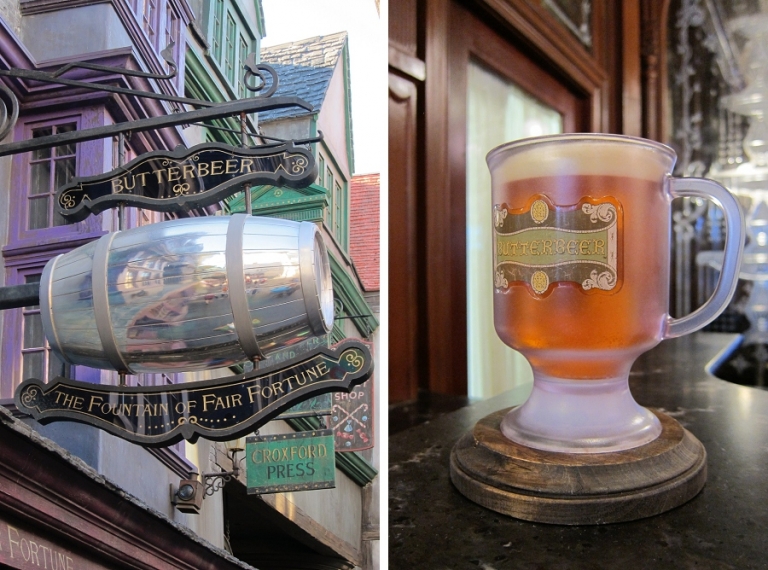 After recovering from our Butterbeer brain-freezes, we wandered around a bit to see the amazing details of the buildings. And of course Diagon Alley has all of the shops that you would expect to see – some of them are functional and some of the storefronts are just for decoration, but they’re all fun to inspect and explore. Lots of spots around Diagon Alley also interact with the new wands from Ollivanders! (I didn’t purchase a wand only because I didn’t want to carry it around all day and stow it in lockers when we went on the rides, but we enjoyed watching other people perform spells at the marked locations. Here’s a great review of the interactive wands.) I especially loved wandering down the dark and mysterious Knockturn Alley. Once your eyes adjust, you’ll get to see all kinds of wonderfully creepy things including Borgin and Burkes. 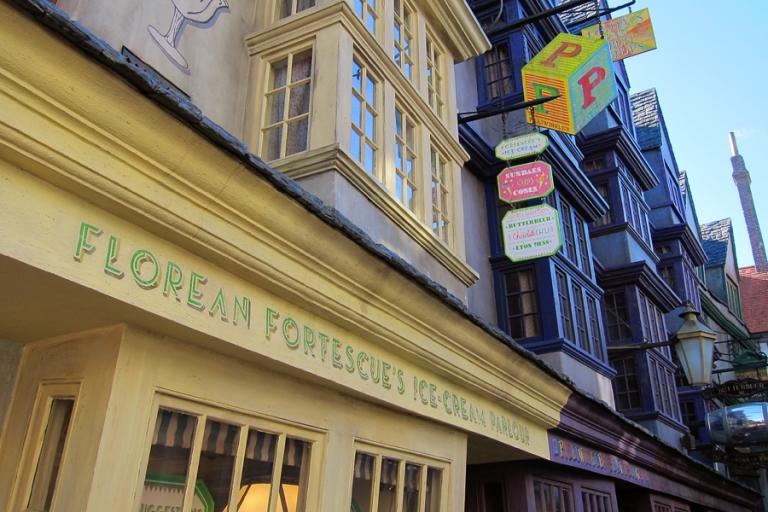 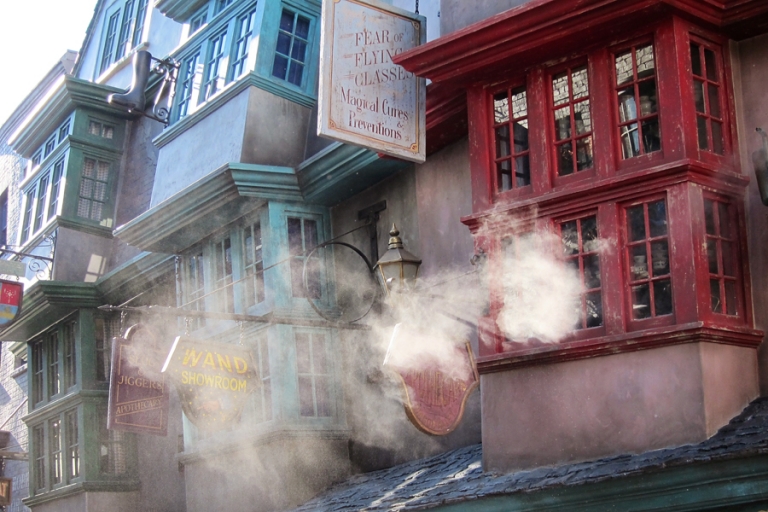 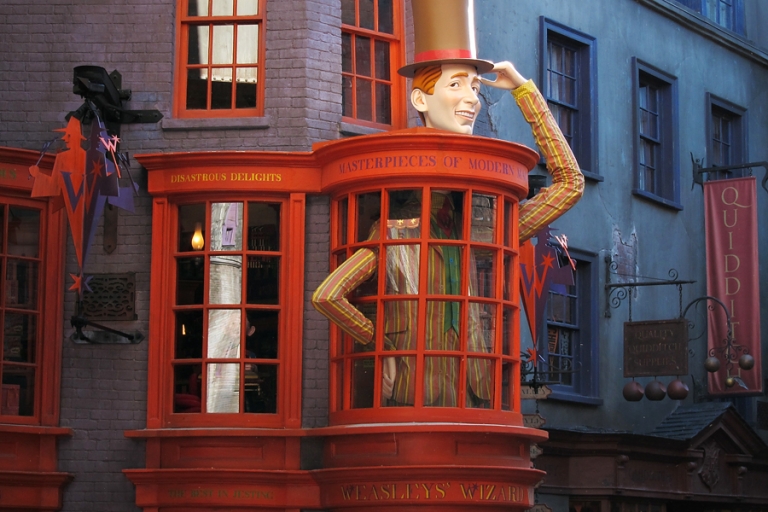 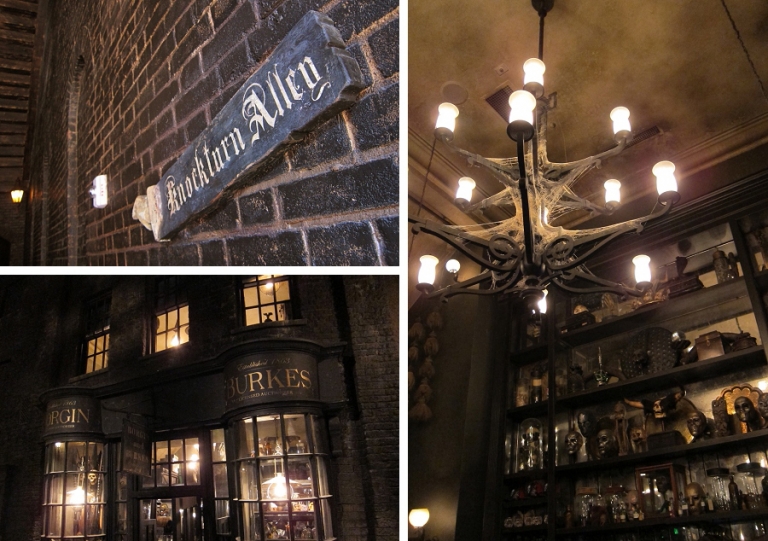 We checked one more time to see if Escape from Gringotts was up-and-running yet, but it was not, so we left Diagon Alley to ride the Hogwarts Express over to Hogsmeade in Islands of Adventure. Wouldn’t you know it, the train was also on the fritz! Had someone put a hex on all of the new rides?! Argh! I was bummed, but not defeated – we decided to just wait for another ride nearby. After we waited in the queue for The Mummy and finished the ride, we heard that Gringotts was ready! And it was worth the wait – I think walking through the elaborately designed bank was just as fun as the ride itself. One of the goblins looked up and glared right at me. 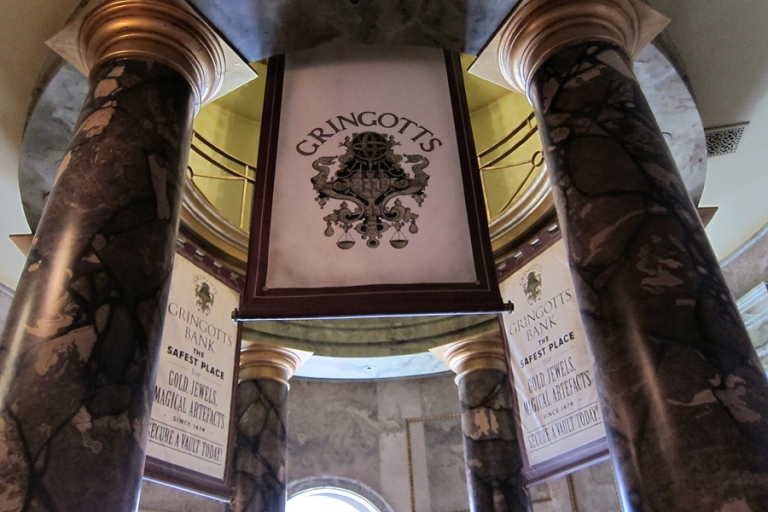 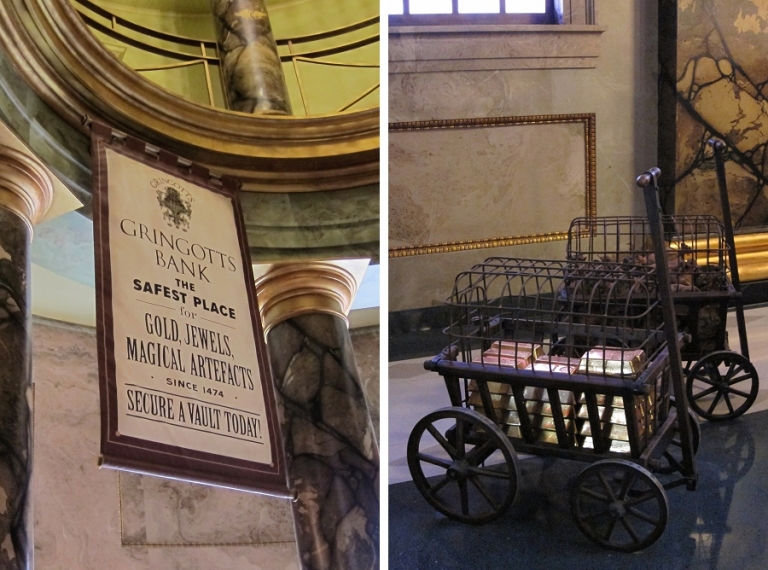 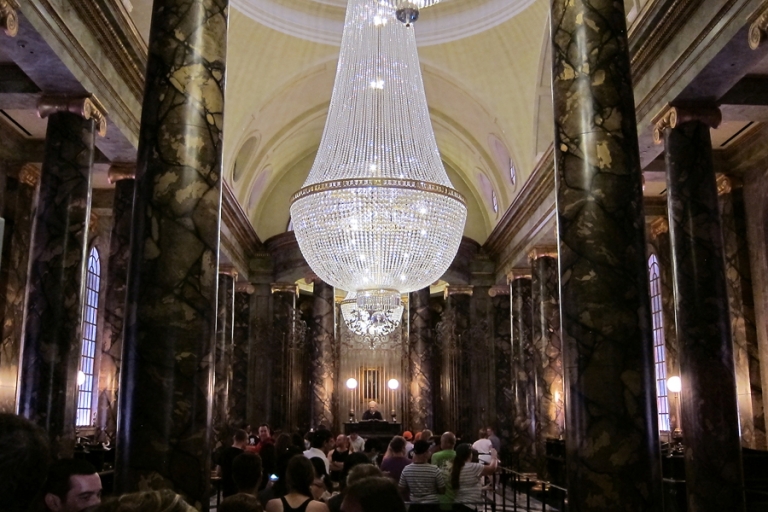 Our wait for Gringotts was over an hour – have I not mentioned yet how super incredibly crowded it was at the park that day?! Universal does such a good job though of making sure your time in queue is interesting (and air-conditioned) and therefore not too painful if you are in a lengthy line. We had a long wait for the Hogwarts Express as well, which was functioning again shortly after we ate lunch. Note: make sure you purchase park-to-park admission between Universal Studios and Islands of Adventure or else you won’t be able to ride the train! If you’re a Harry Potter fan, you’ll want to see both parks anyway (smart on Universal’s part, eh?) so go ahead and get a park-to-park ticket. And while we’re talking about tickets, I’ll mention that both this time and last time I was at Universal Studios, we bought two-day passes so that we’d have plenty of time to see and do everything with some flexibility for bad weather. It really depends on the crowd levels and your own interests as to whether or not you can cover both parks in one day. 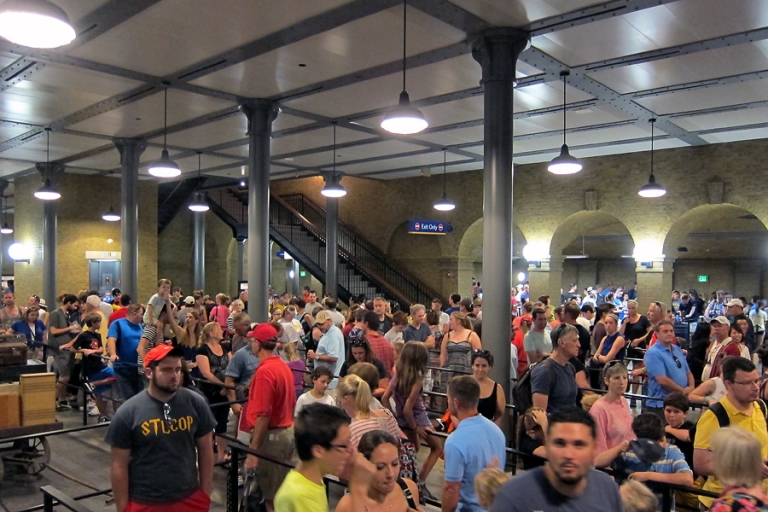 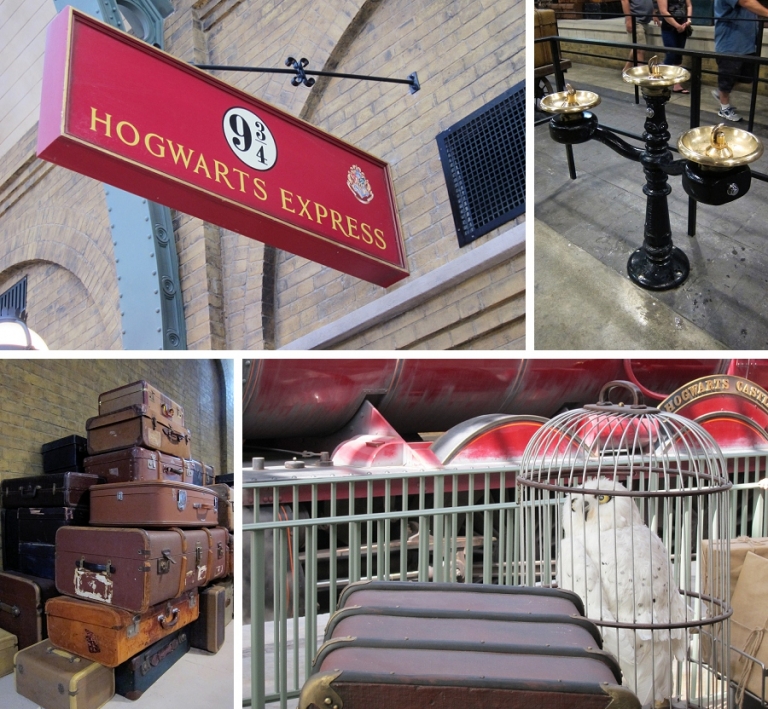 You really do walk through the brick wall between platforms 9 and 10! I meant to have Chris take a photo of me walking through, but I forgot! Not that I wanted any pictures of myself that day – I was a hot, sweaty mess so there is literally not one photo of us at the park. Oops! 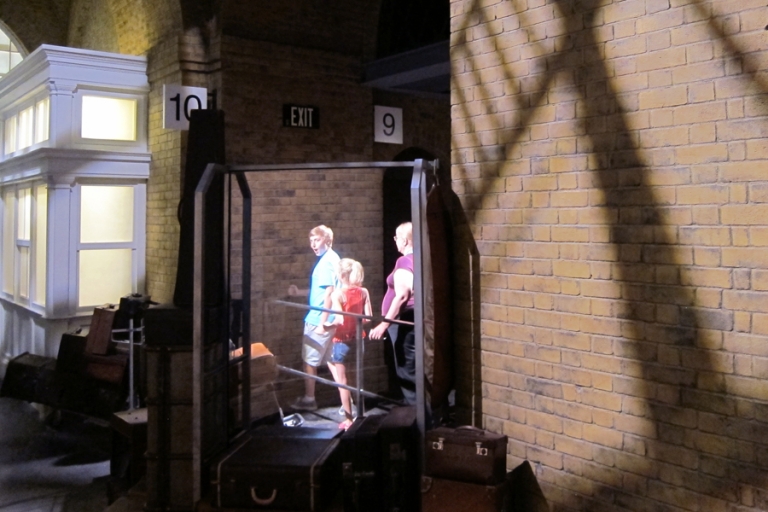 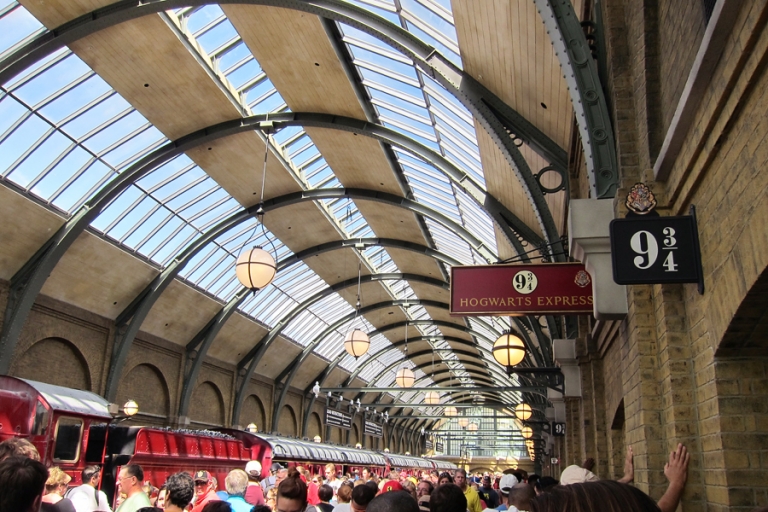 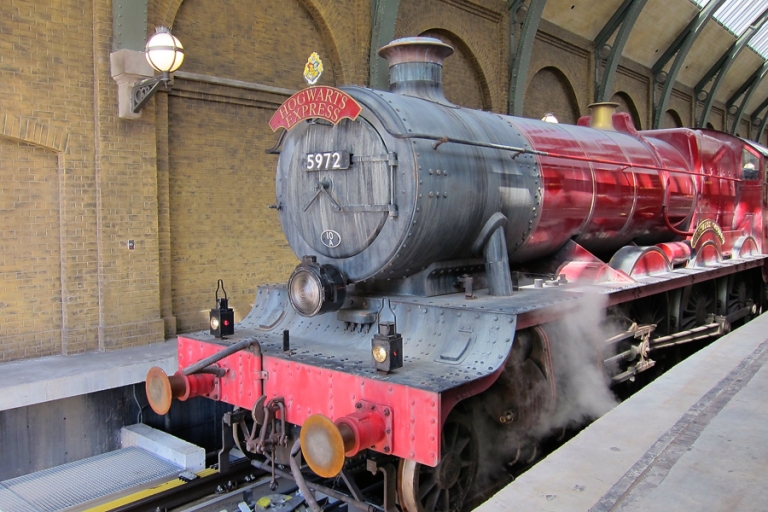 The journey on the train was really cute and authentic. Once we arrived in Hogsmeade, Chris and I rode the Dragon Challenge and the Forbidden Journey (a favorite), and we actually lucked out with short lines on those two. On the Forbidden Journey, we decided to go through the single-rider line and figured we could just meet at the ride exit afterwards, but we ended up being put on the same car anyway, so we saved 40 minutes and we rode together – bonus!

Despite the crazy hot temperature, massive crowds, and broken rides, we had a fun time and I’m really glad I had the chance to see the new parts of the park. If I had a do-over of the trip though, I’d pick a cooler month weather-wise and not a holiday weekend. For more photos of the Hogsmeade side of the Wizarding World, check out my post from last year’s visit. I just wish we could have brought home one last Butterbeer!