Alternate title: “Photos of the Backs of People’s Heads.”

In honor of the last days of summer and perhaps a very belated nod to Shark Week (although no sharks were seen on this trip), here are a few photos from my deep-sea fishing adventure in Florida a few years ago. Despite my strong distaste for early mornings, I decided to give this type of fishing a try along with Chris, his brother, and step-brother. And on that note, why does fishing have to take place so early anyway?! Isn’t the ocean there all day long? Sigh. But there I was, up at the crack of dawn to head out from Jupiter into the sea in search of my first big catch. We chartered a boat with Chris’s dad’s friend who offered to teach us the finer points of deep-sea fishing. The weather that day was gorgeous, although the ride out over the huge waves challenged my ability to keep my breakfast down. 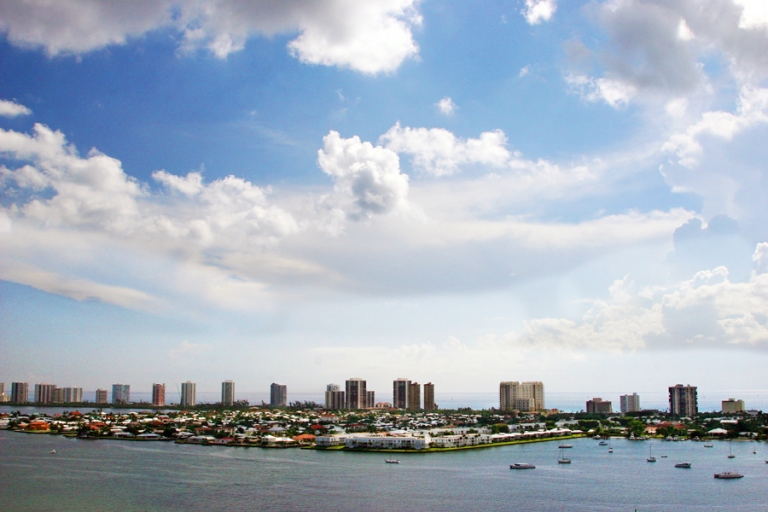 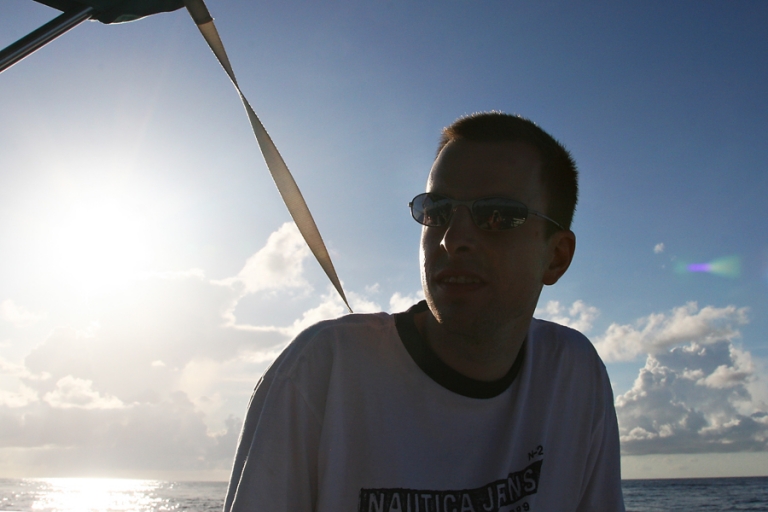 Once we arrived at the designated spot, we each took turns playing angler. That rod was much heavier than I expected! If you’re looking for a new upper-body/arms workout, this is it. I admit to being a little sore the next day.

Steve had the best skill out of anyone – he managed to snag a marlin! It’s hard to see in the photos because we didn’t take it all the way out of the water. He (the marlin) was putting up a really good fight. 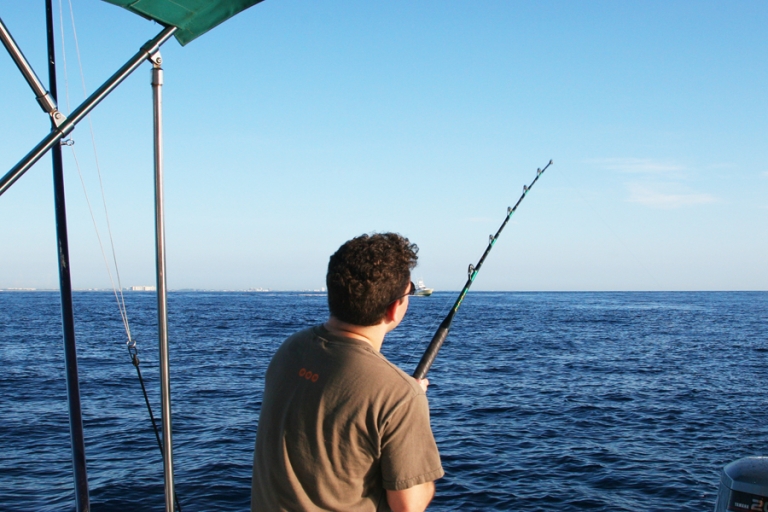 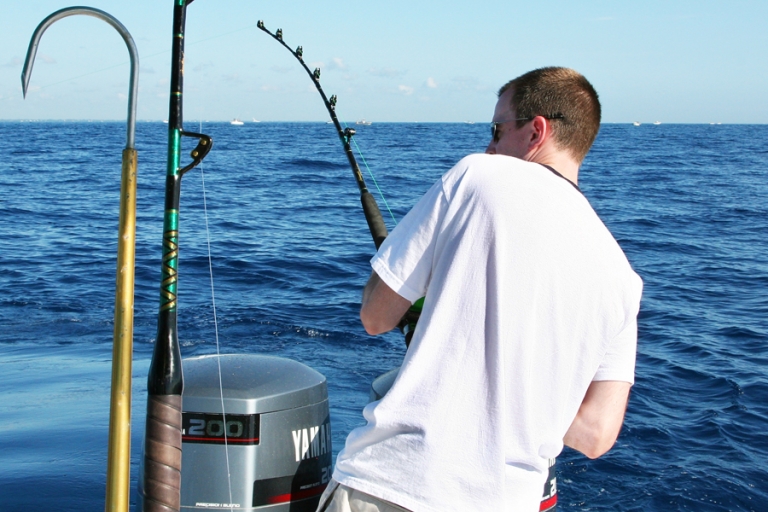 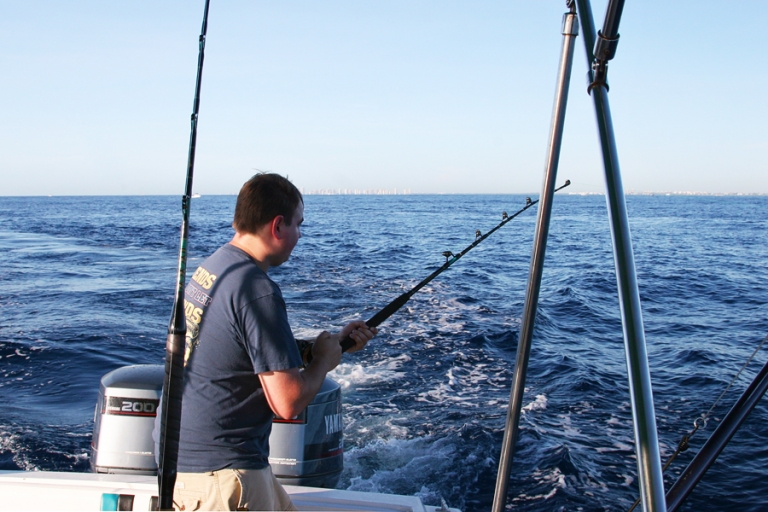 And not to be outdone by a bunch of boys, I caught my very own fish, too! I’m told it was “just” a bonito fish, but it was exciting to me nonetheless. And for something so small, compared to the marlin at least, it was a TON of work reeling that sucker into the boat. I can totally appreciate the appeal of fishing now, and I’d go again sometime if I have the opportunity!

“Fish,” he said, “I love you and respect you very much. But I will kill you dead before this day ends.” – Ernest Hemingway, The Old Man and the Sea (Actually, I put him/her back in the water right after our photo op.) 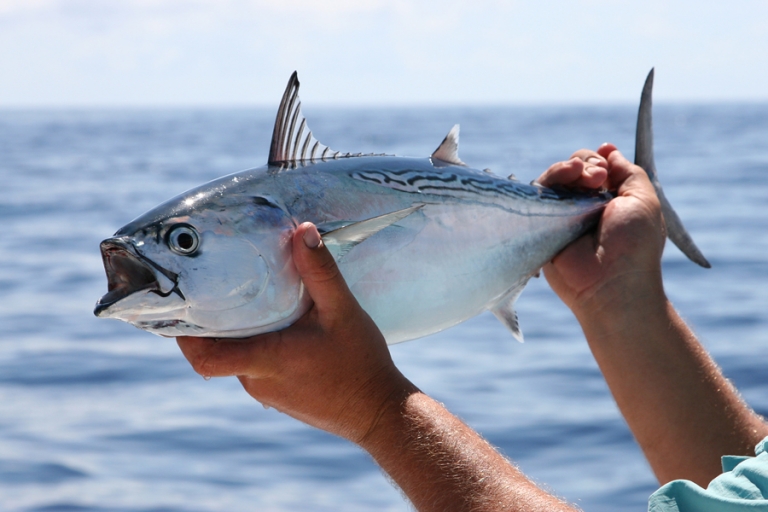 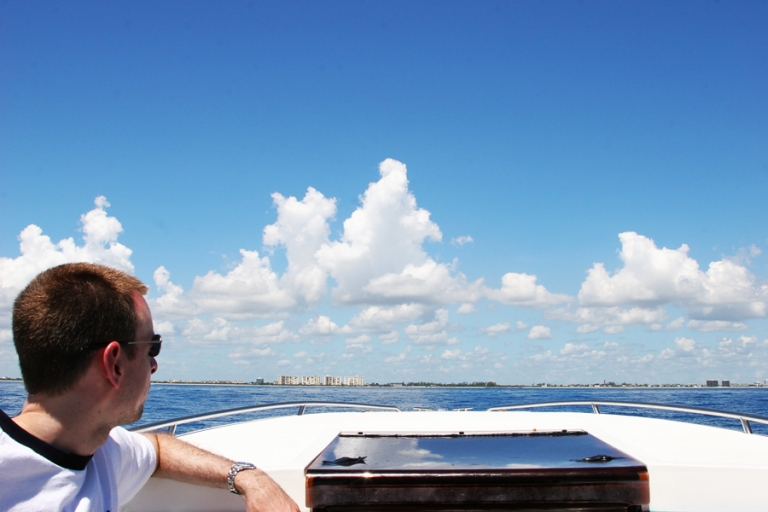 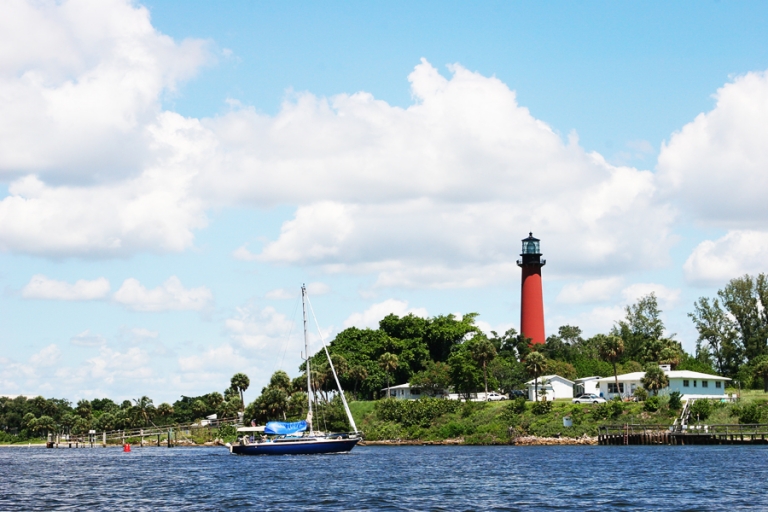