When I was selecting flights to the Maldives, the best itinerary for our schedule included a 12-hour layover in Dubai. I pitched the idea to Chris that we could use that half-day to do a quick desert tour outside of Dubai, but once we started looking into it, we realized we’d also like to see more of the city so we decided to stay overnight. With a visit to the Burj Khalifa, the Gold Souk, and a desert tour, we were able to fit a sampler of city life, culture, and nature into our 36-ish hours in Dubai.

If you only have time for one activity on a layover in Dubai, I can easily recommend doing a desert safari. We booked the Platinum Conservation Drive with Platinum Heritage and had a fantastic time despite the overcast skies and occasional (super rare!) rain. Our guide, Tiago, picked us up at our hotel and drove us (along with two other people) to the Dubai Desert Conservation Reserve for an informative overview of the reserve’s history, culture, and ecology.

On the way to the desert, we stopped by the Dubai Camel Racing Club along the way for the chance to see these athletes up close. 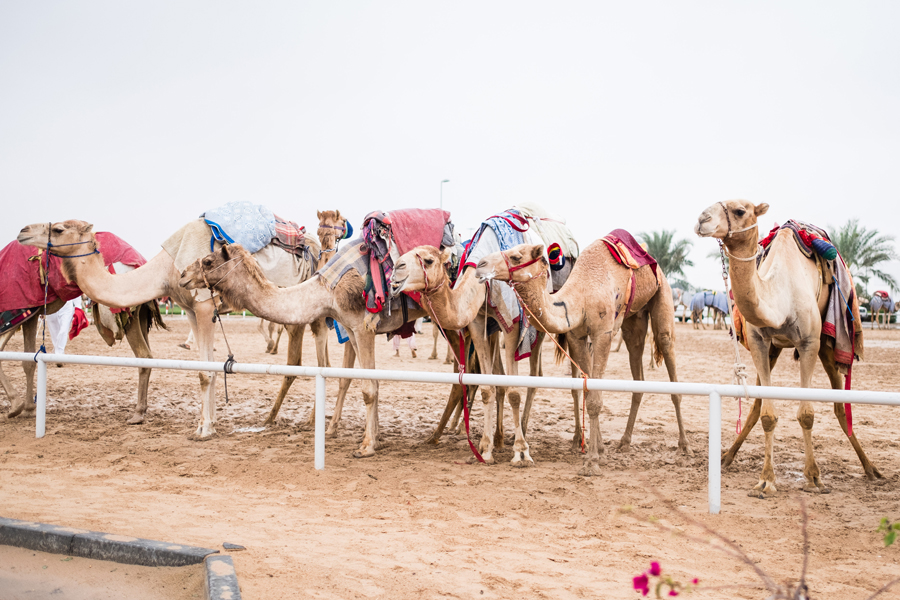 Once inside the reserve, we first stopped by a recreation of a traditional Bedouin campsite, which was sort of like an outdoor museum. It’s very nicely done. The site is also used for belly dance demonstrations and meals included in other tours. Tiago helped us to don a Bedouin headscarf to protect our faces from the elements. And to look cool, obviously. 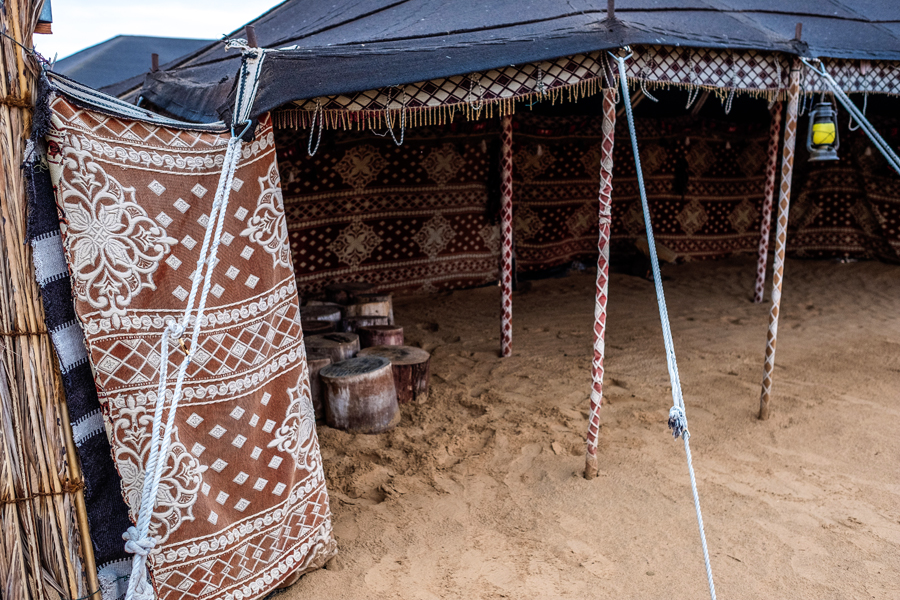 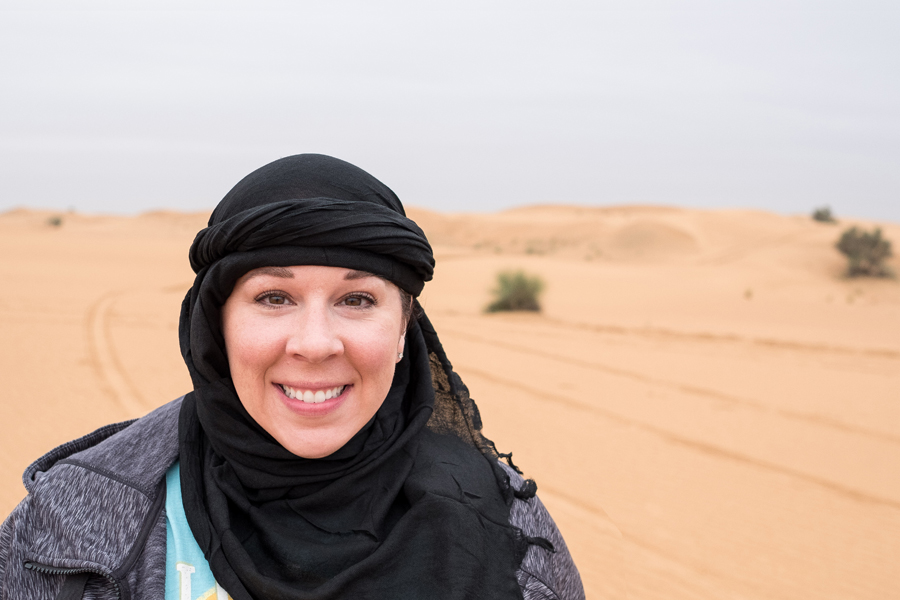 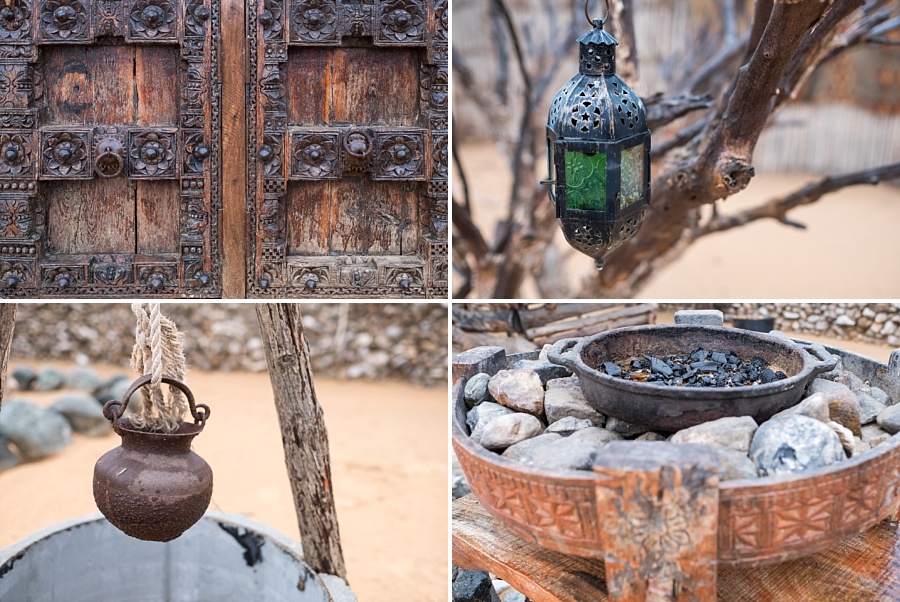 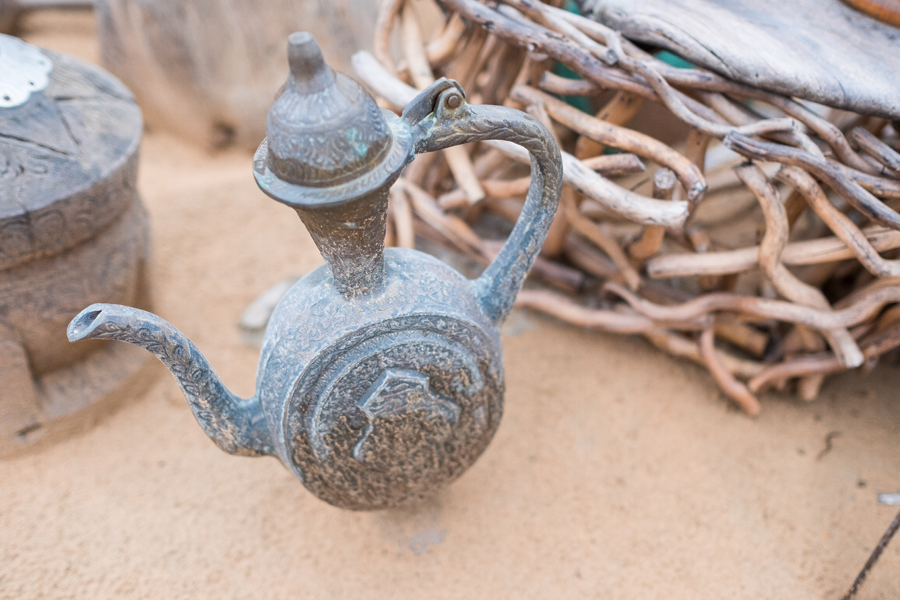 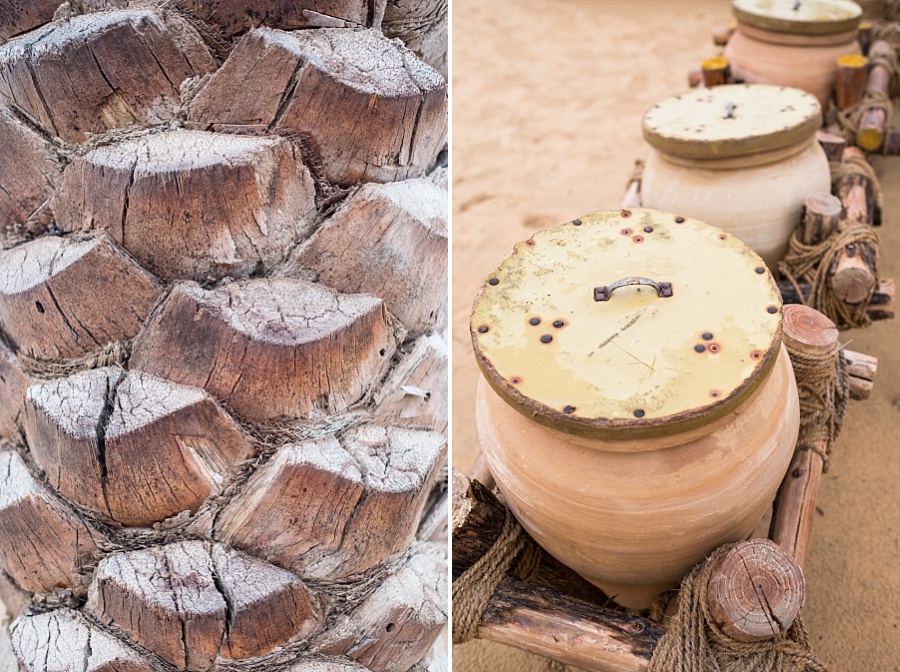 Just outside of the campsite we met these camels who were prepared to give us a ride around the desert even though it wasn’t part of our package, but we passed on it – they looked so happy and relaxed, we didn’t want to disturb them. (Well, besides taking photos.) 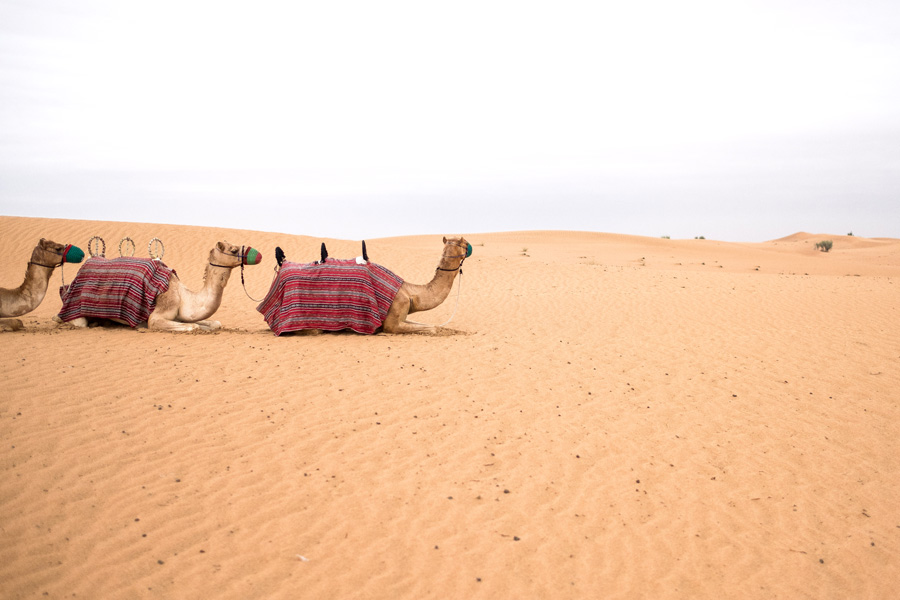 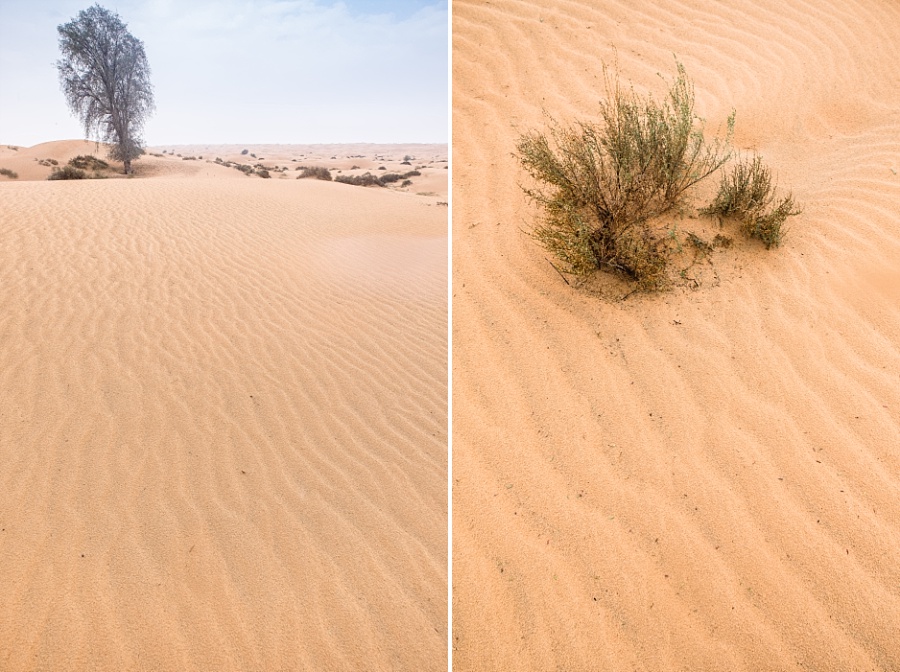 While driving around the dunes we were able to spot tons of wildlife, including a heard of oryx. We didn’t do any dune-bashing though, and that’s one of the reasons I selected this tour specifically since dune-bashing is harmful to the ecosystem. 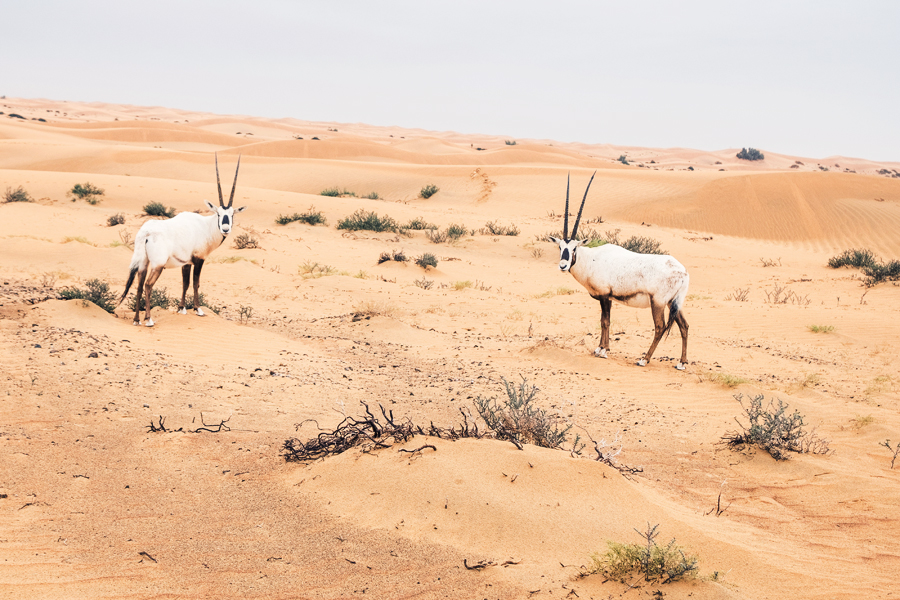 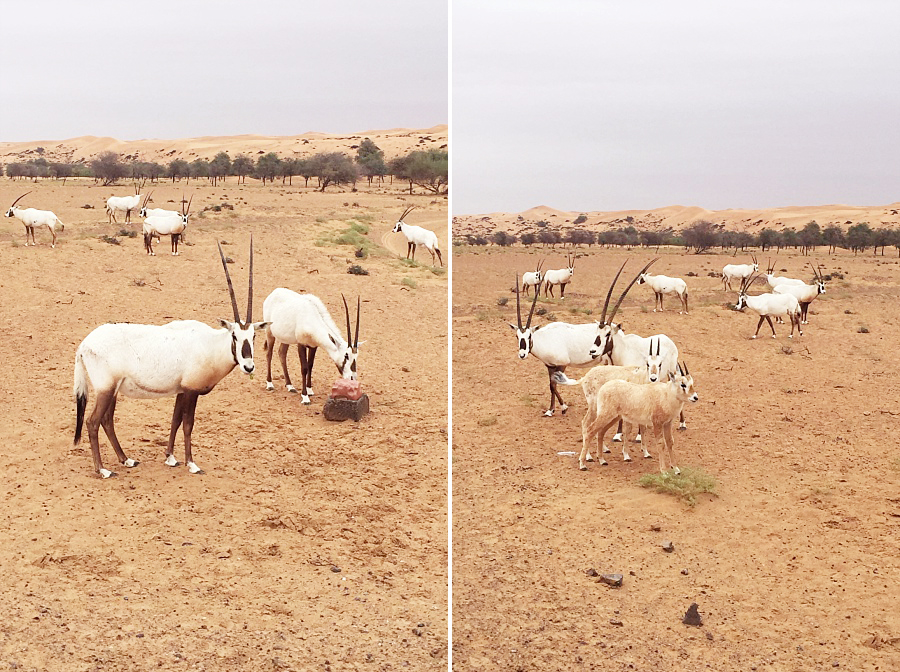 After exploring the desert, we stopped by the Al Maha Resort for a gorgeous breakfast spread that regretfully I didn’t photograph. We also had the opportunity to try freshly brewed Qahwa (or gahwah), traditional Arabic coffee served with sweet dates. 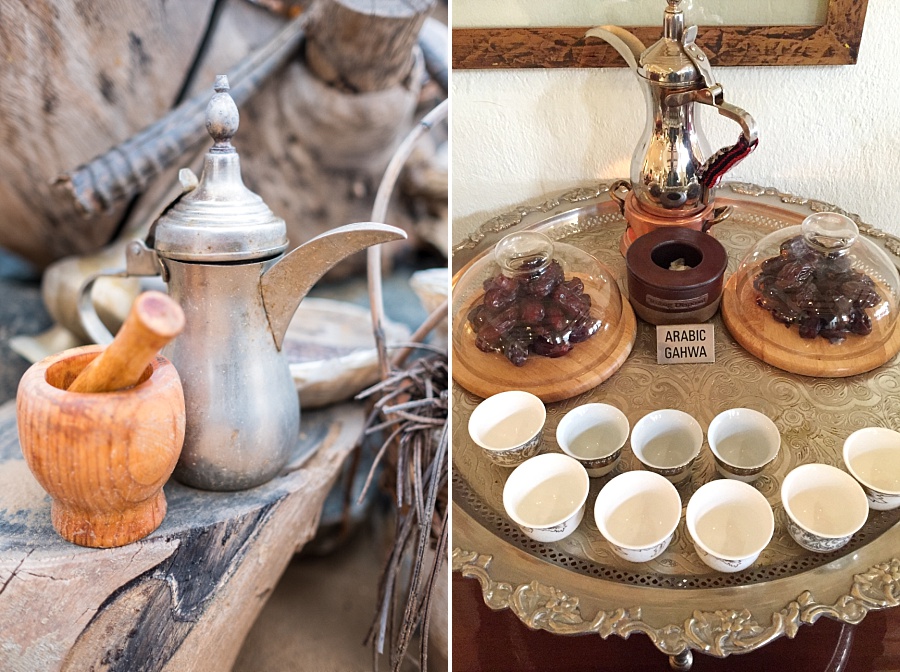 I can’t pass up an opportunity to visit the old town part of any city for a glance back in time. Chris and I stayed in Old Dubai for the proximity to the old souks and a view of the water. We wandered up and down the Dubai Creek, and eventually made our way to the gold souk. 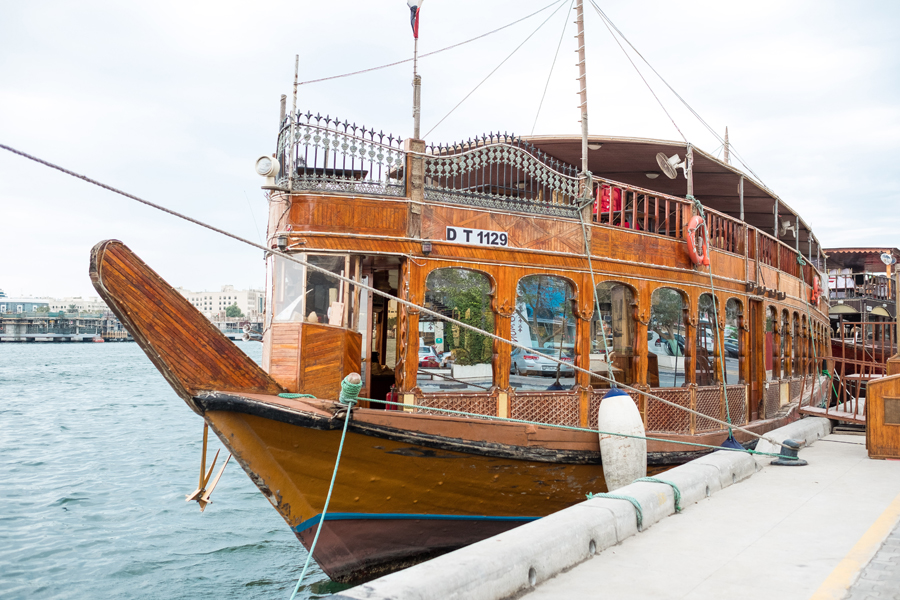 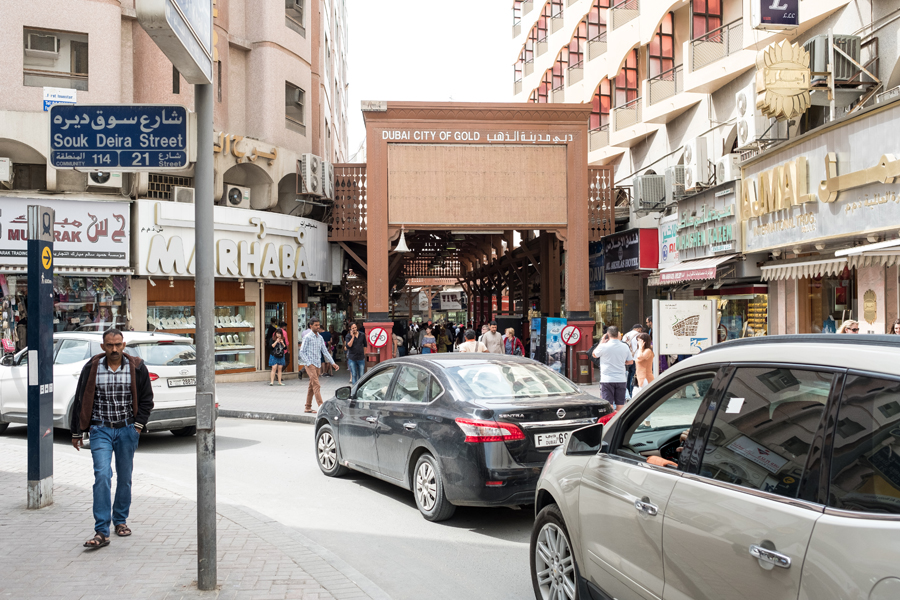 Walking through the souk is one of the most overwhelming shopping experiences I’ve ever had – we were practically pulled in twelve different directions by various vendors as soon as we entered, and I’ve never felt more popular. I ended up buying a pashmina (which I had planned on buying) and some cumin (which I had not planned on buying). Their sweet and persuasive tactics are hard to resist.

We originally thought we’d hit the gold souk, then the spice souk, followed by the old souk, but the gold souk wore us out! Thankfully we saw a bit of everything at the one souk. 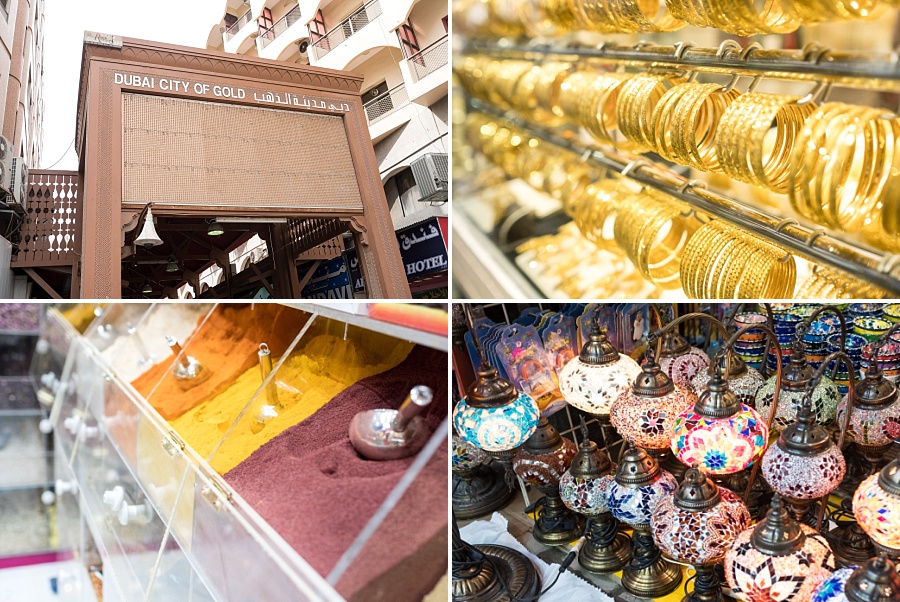 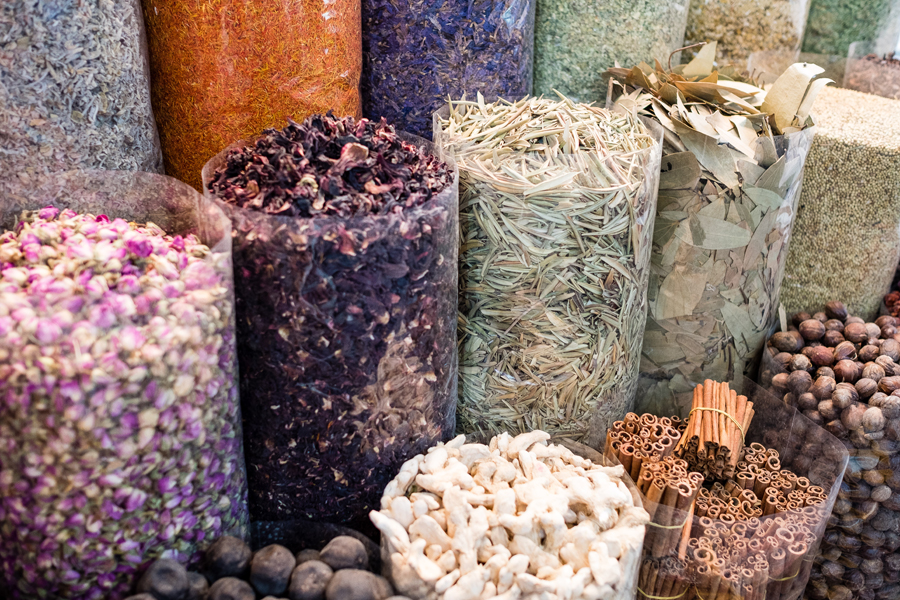 Ordinarily I would rather avoid a shopping mall at all costs especially while traveling, but I admit to being curious about the famous Dubai Mall and we needed to go there anyway to enter the Burj Khalifa. And I found out they had a Magnolia Bakery. And we couldn’t imagine the sheer size of a place that housed so many stores, restaurants, an aquarium and an ice skating rink, so we had to see for ourselves. Verdict: it’s impressive. And our cupcakes were delicious. 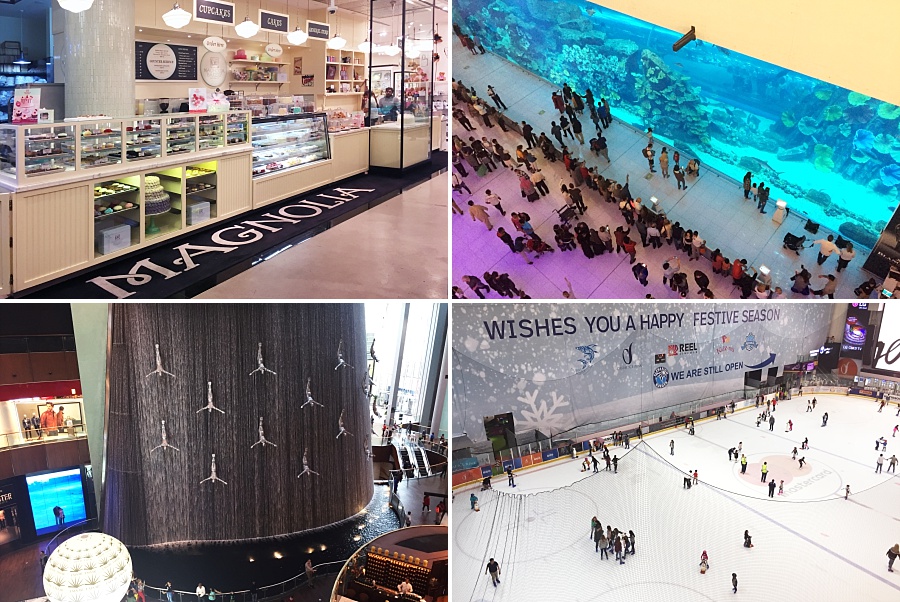 Also impressive: the world’s tallest building, the Burj Khalifa. But ugh, the crowd was unbearable. We purchased tickets in advance for nighttime to try to avoid the biggest surge of people (typically before and during sunset), but the amount of people on the observation deck still made this sort of an unpleasant experience. I’m glad we went up and saw the view, but we didn’t stay more than ten minutes which made this just sort of a check-the-box kind of experience. The performing fountain outside was pretty cool though. 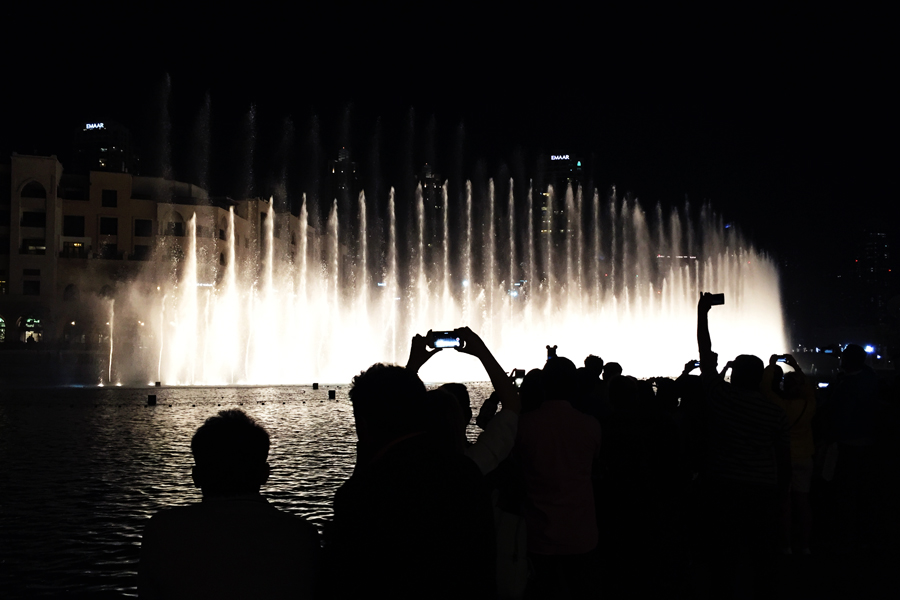 And that was Dubai for us! I’m not going to do a snapshot post for Dubai since we didn’t even stay for two full days, but I’m so happy we were able to get a taste of this fascinating city.