(Note: I’m interrupting my Ireland/Scotland coverage for a moment to post about our weekend in Toronto. I’ll return with another Ireland post shortly, and then I’ll finally move onto the Scotland photos and stories!)

Sometime a while ago, I decided perhaps a bit arbitrarily that an eight-hour car ride is my one-day road-tripping threshold. Four hours before lunch, four hours after, and that still leaves an evening in the destination city. So when Chris and I were deciding on where to road trip on a long weekend (Columbus Day), I looked at the map and figured out where we could drive within eight hours. Chris had been wanting to go to the Hockey Hall of Fame, and I pretty much just wanted to go anywhere, so lo and behold we headed to Toronto!

We actually ended up leaving after work on a Friday evening so that we could get a few hours behind us and have a good bit of Saturday in Canada. After an overnight stop in Du Bois, Pennsylvania (pronounced “doo-BOYS” and not “doo-BWAH” as one might think if one studied French for five years), we followed the changing foliage up through the rest of PA and New York. 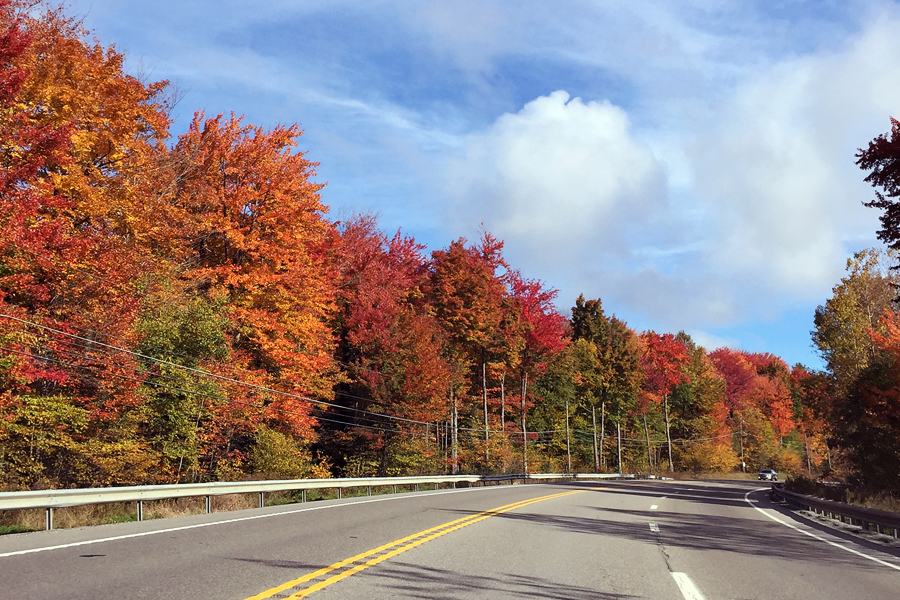 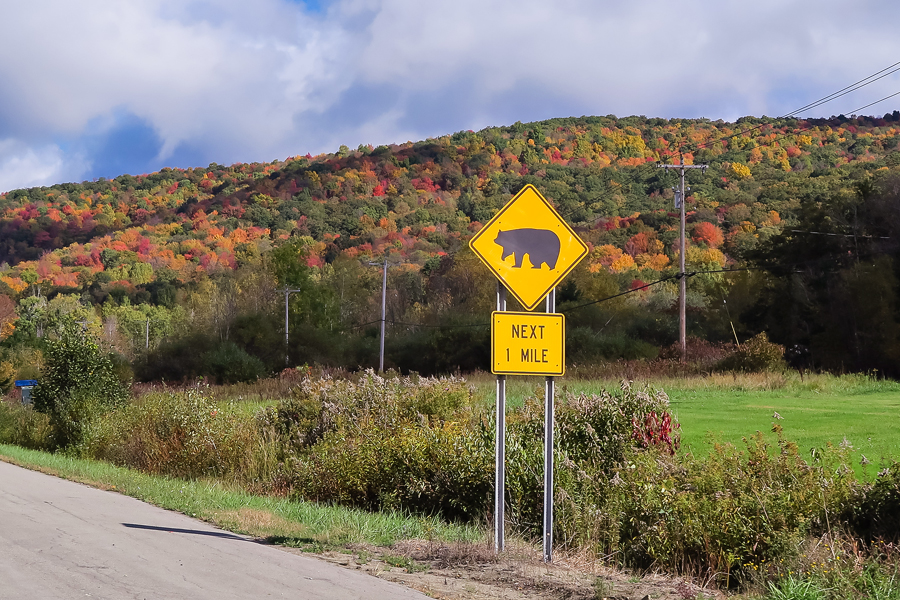 Since Niagara Falls was on the way and neither of us had ever been there, we planned to stop by for a bit to take photos pending good weather. As luck would have it, the weather cooperated and we were even treated to a rainbow!

We stopped at Horseshoe Falls on the Canada side after parking near the Table Rock welcome center. I couldn’t believe how crowded the whole park was, although it was Saturday on a holiday weekend so maybe that’s a big “duh” on my part. We hadn’t planned to stay long and didn’t have a strong desire to do any of the falls-related activities. That said, Niagara Falls is a spot where you can spend as little or as much time as you want. It looks like a lot of people make a day or several days out of it, but we were happy to take pictures, look through the gift shop, and be on our merry way. I would have loved to see the falls from a helicopter, but the view from the ground is pretty spectacular, too. 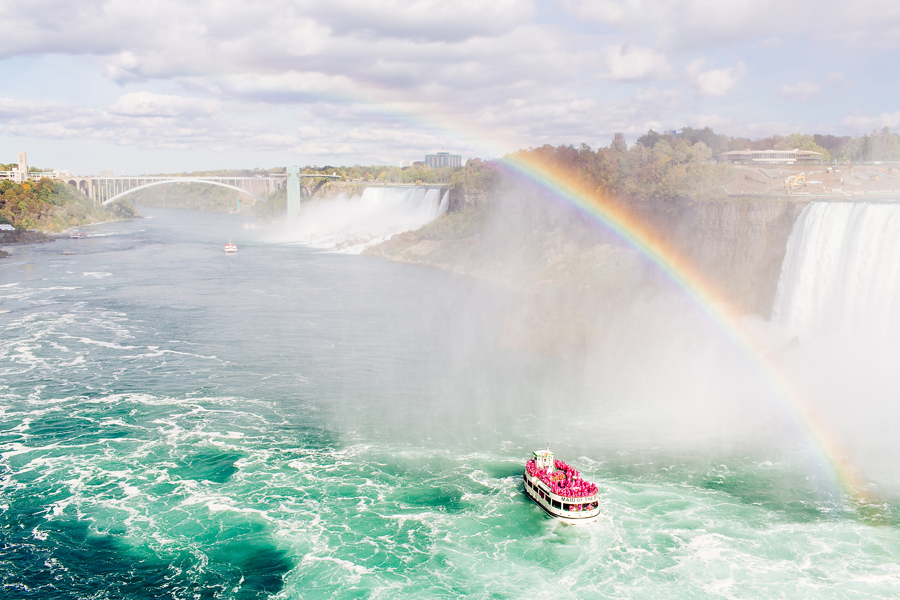 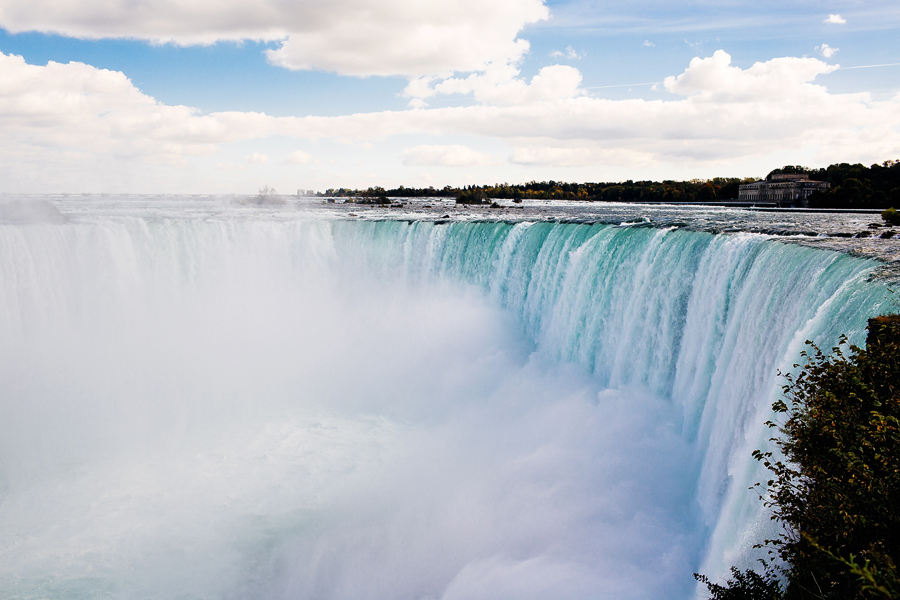 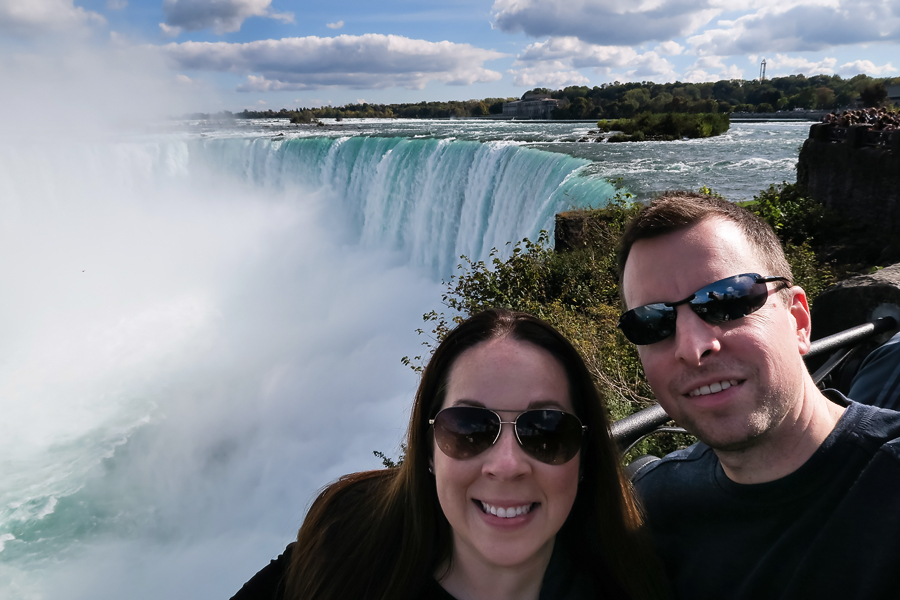 After leaving Niagara, we ended up getting to our Airbnb condo in Toronto around 5:30pm, leaving us enough time to settle in, explore a little bit, and to grab dinner/drinks in the city. Let our almost-a-day-and-a-half in Toronto begin! 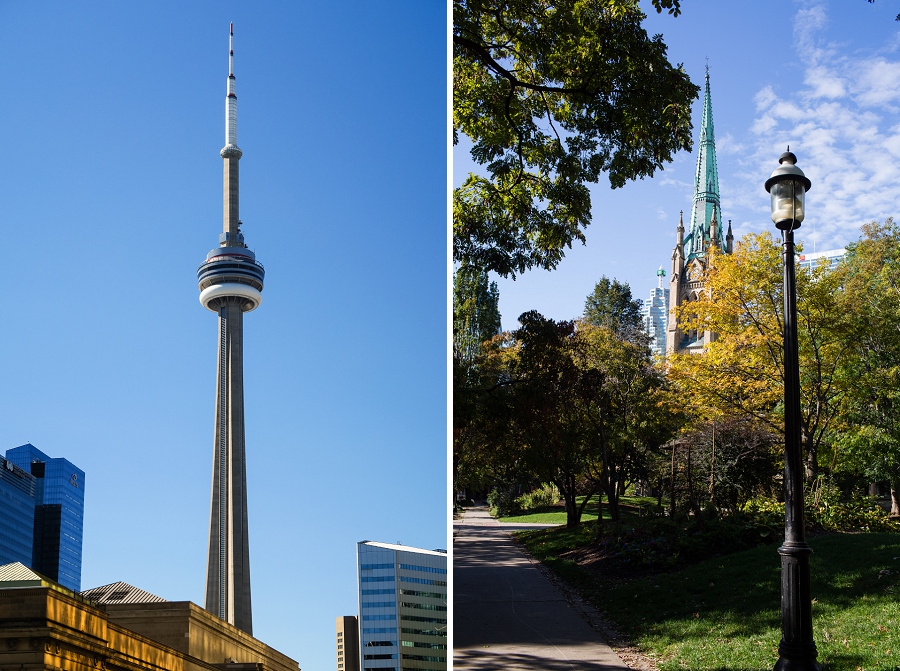 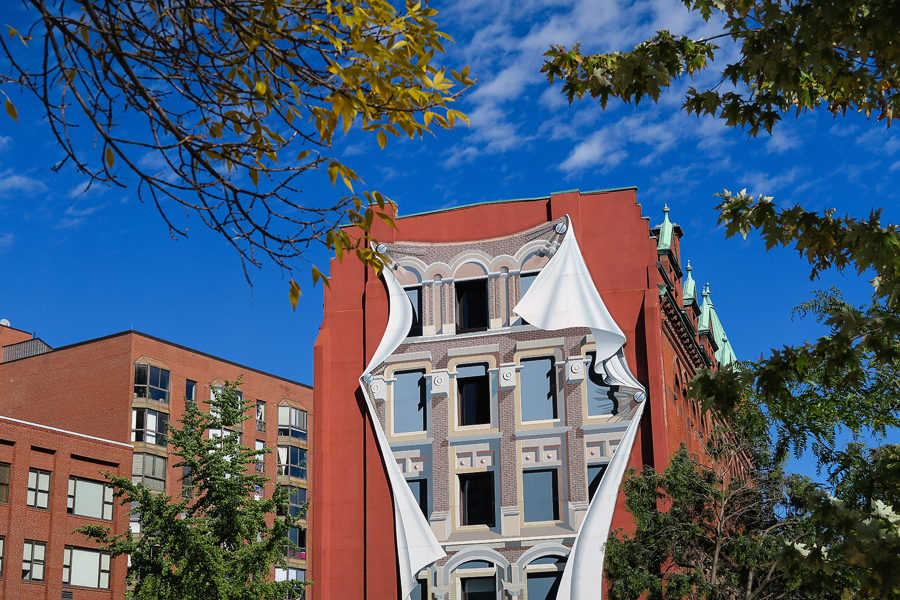 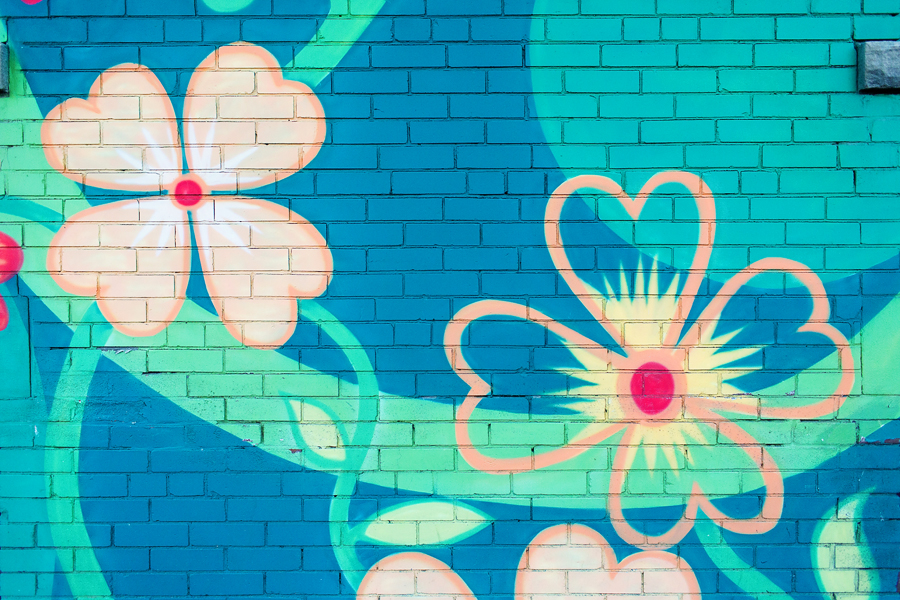 The weekend was evenly divided between Chris’s picks and my picks for things to see, do, and eat. To go along with Chris’s Hockey Hall of Fame theme, we ate at Wayne Gretsky’s on Saturday night and perused some hockey memorabilia.

We considered going up to the top of the CN Tower to check out the views, but we opted to give it a miss this trip since we were limited on time and didn’t want to spend it in a queue. As one of Toronto’s top attractions, I read that the tower often requires quite a long wait in line to ascend and to descend, especially on holidays and weekends. Next time! 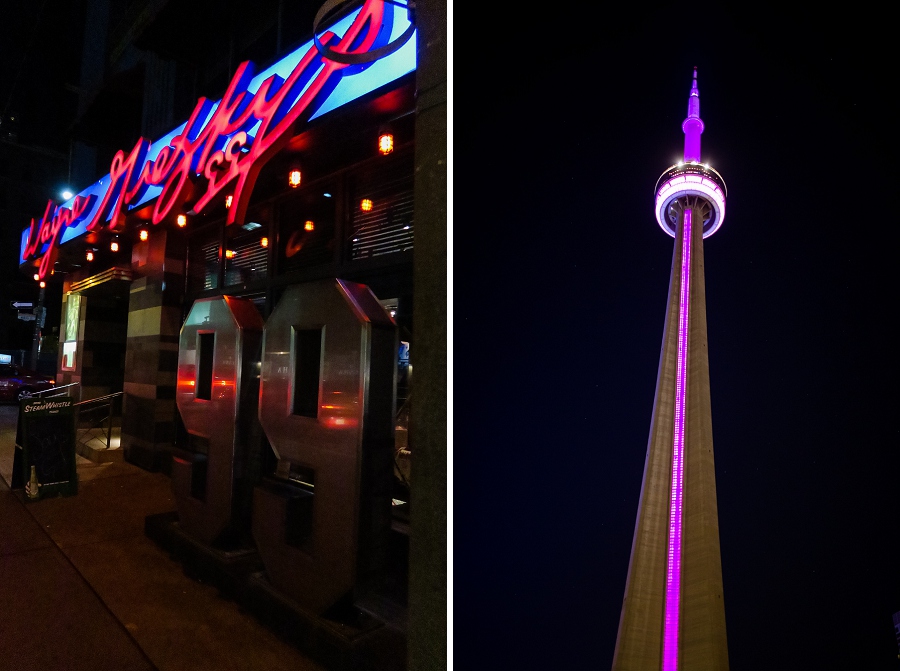 On Sunday morning, we walked over to the Hockey Hall of Fame when it opened (10:30am on Sundays). We spent a little under two hours touring the museum plus the gift shop, and found that it was starting to get busy as we were leaving, so getting there at opening hour was a good call. 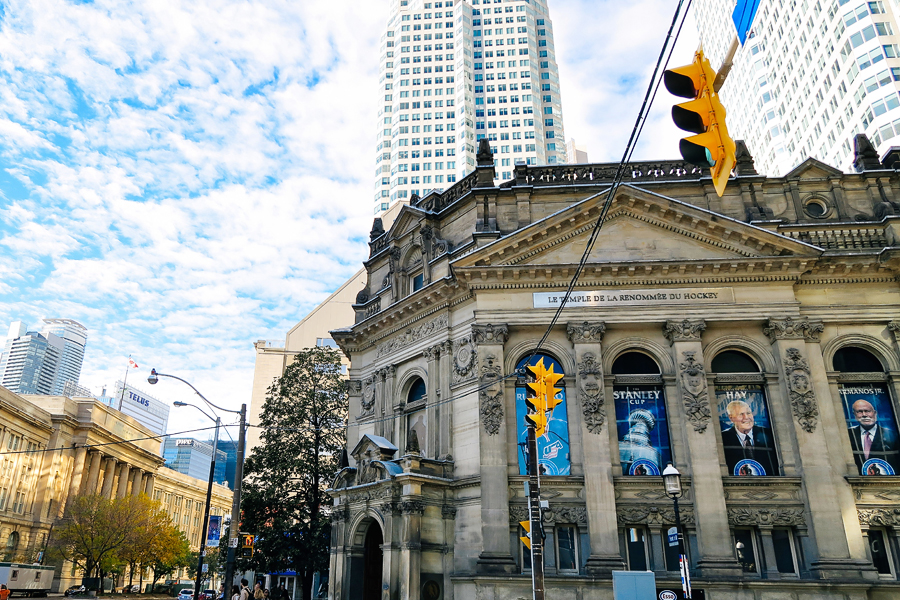 Of course, we looked for Washington Capitals artifacts wherever we could find them. Go Caps! 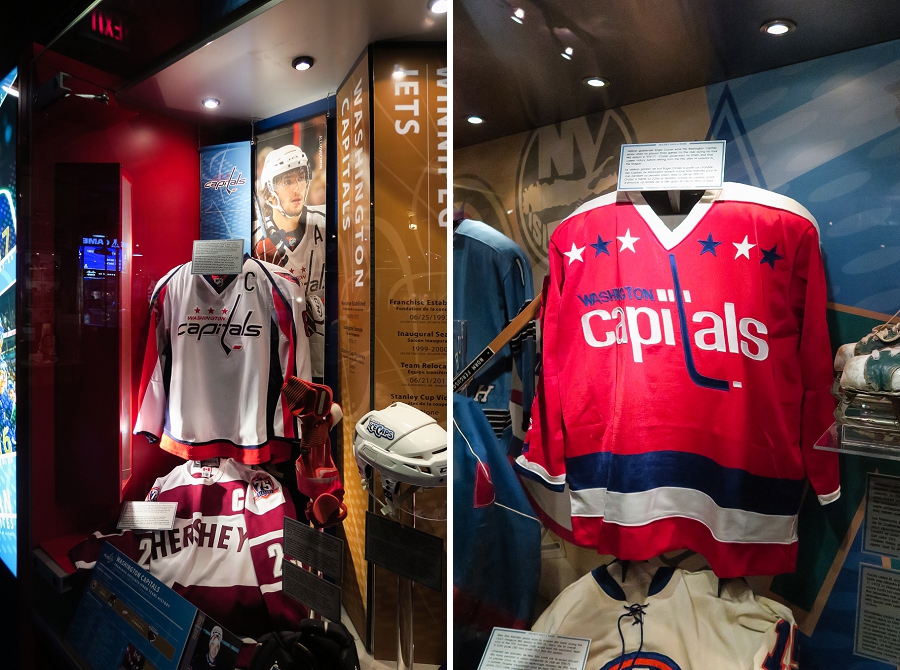 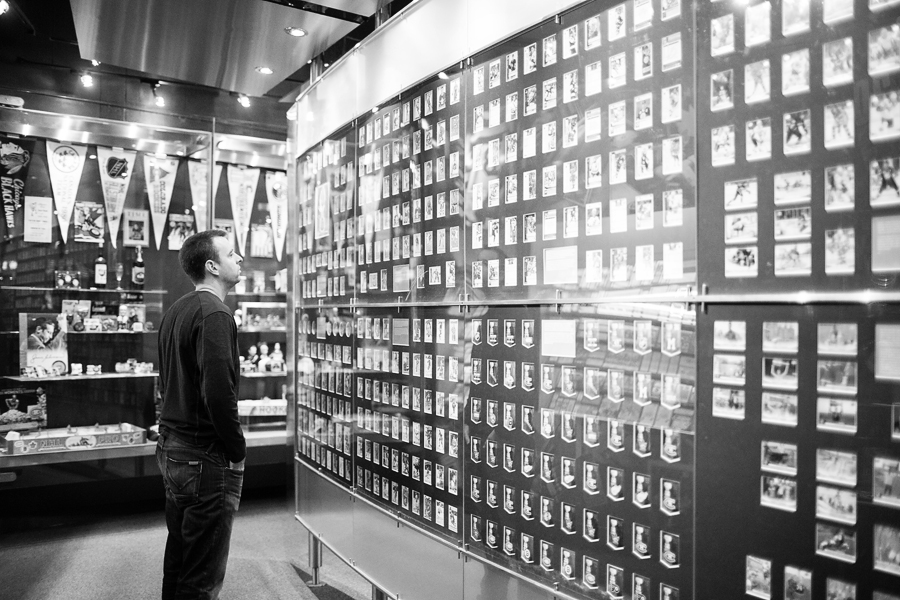 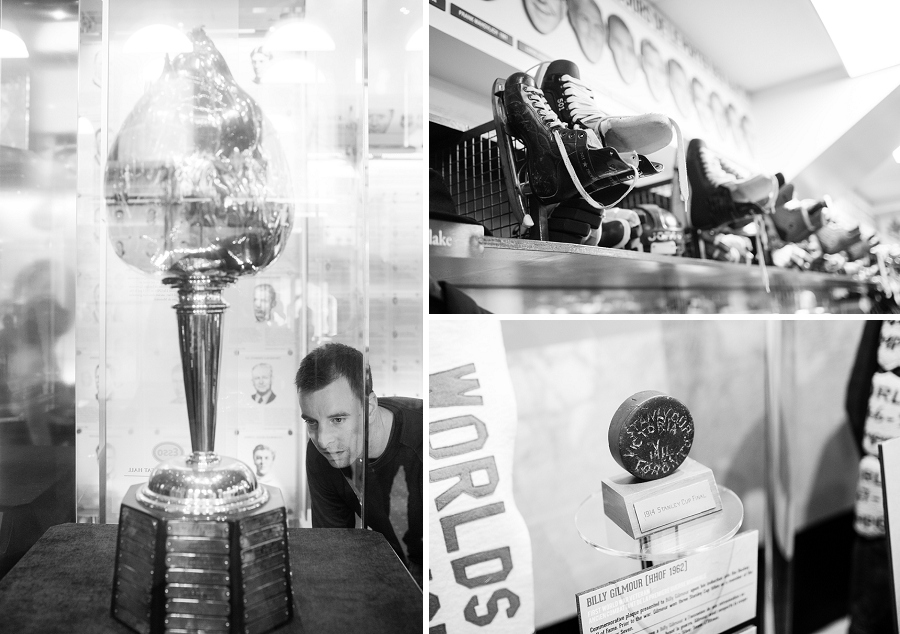 The museum features plenty of interactive opportunities for kids and kids at heart. You can try your hand at shooting the puck in a life-size computerized game, play a round of bubble hockey, or compete against another player in NHL ’15 for PlayStation. We also watched a hockey-related 3D movie that I thought was a smidge on the cheesy side, but still good fun.

Perhaps one of the biggest highlights of the museum is of course seeing the Stanley Cup. We didn’t hop up there with the trophy (I only snapped the photo below), but a photographer is on-hand to take a professional souvenir photo of each guest with the cup, and then the image is for sale in the gift shop. 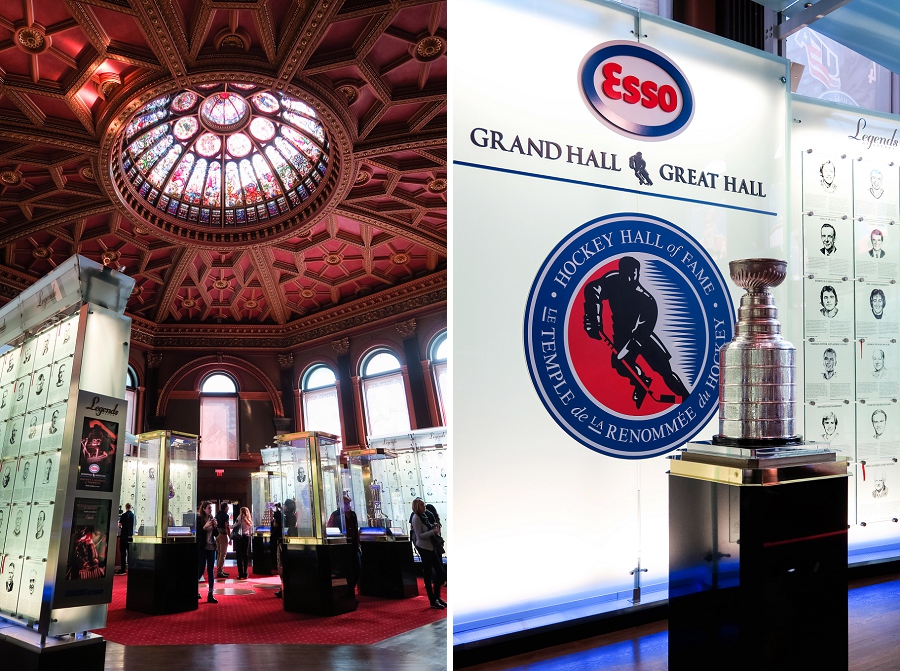 Onto one of my picks, we headed over to the Dundas West neighborhood downtown to check out a new bar I heard about all the way down here in Virginia. The Lockhart, an otherwise unassuming and cozy little bar, is receiving quite a bit of press worldwide for being a “Harry Potter-themed bar.” I’m going to give The Lockhart its own post so stay tuned for that, but here are a few photos from our visit. 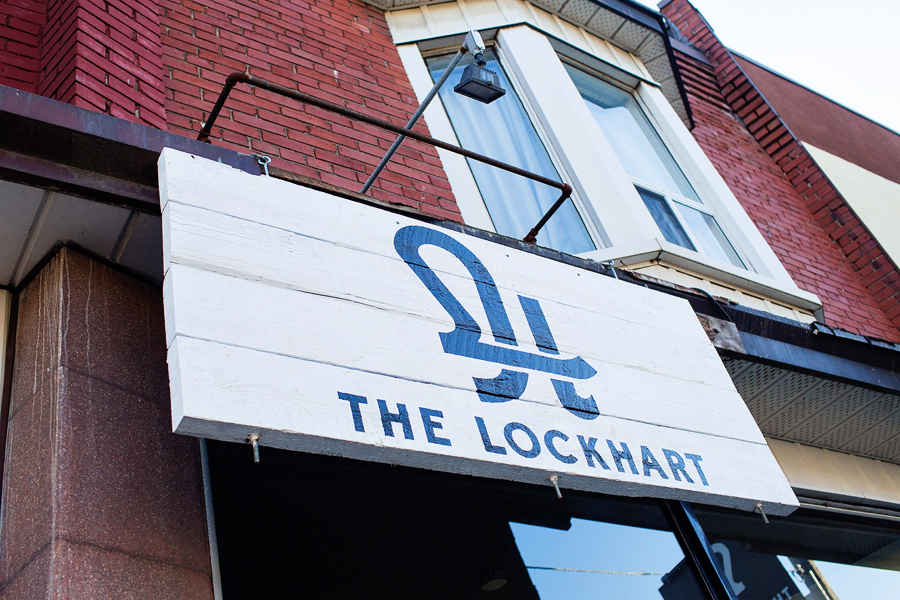 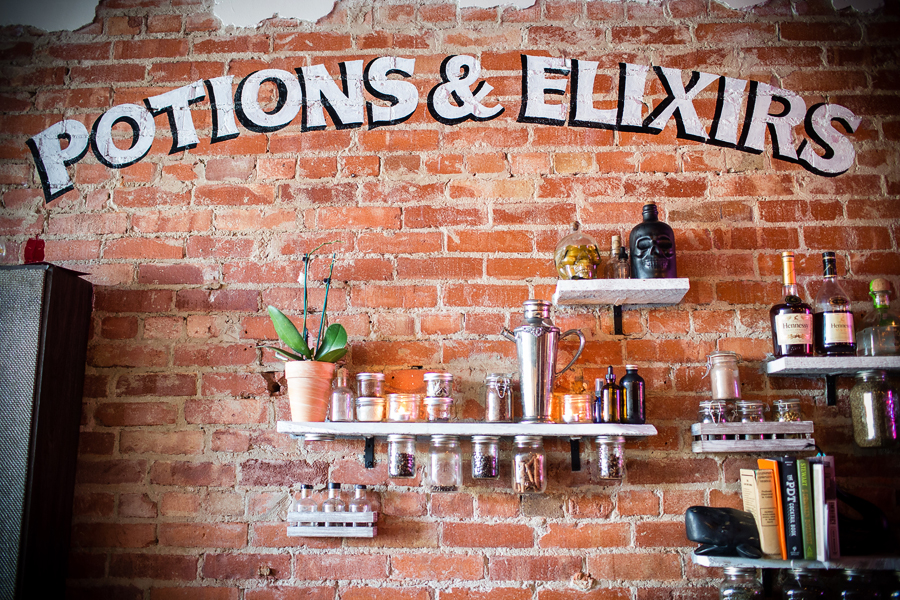 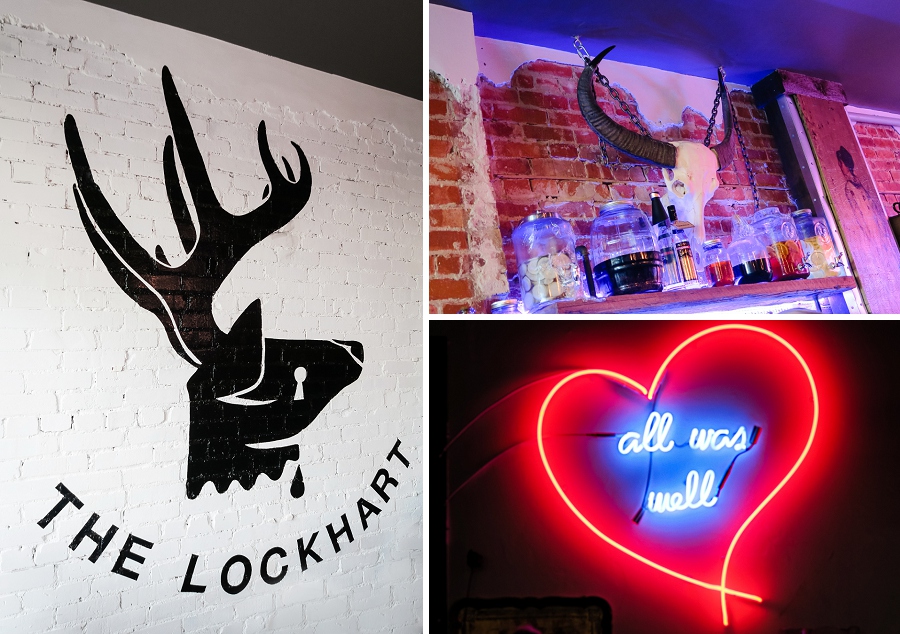 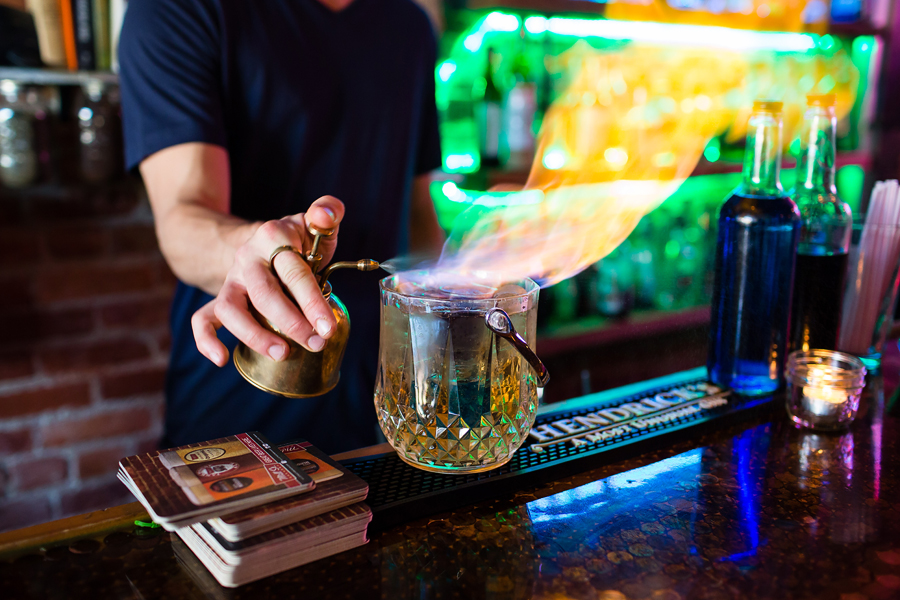 And as my other pick, I’m a total sucker for a good aquarium, so after a delicious dinner at Taverna we headed across the street to Ripley’s Aquarium of Canada for a sea creatures fix. I expected the aquarium to be more on the quiet side since we visited well past peak hours, but at 8pm it was still hopping. Monday was Thanksgiving in Canada, so I assume that might have attributed to what would have otherwise been a quiet Sunday evening. Nevertheless, we enjoyed exploring the various tanks and features, especially the Dangerous Lagoon with the longest moving sidewalk in North America. 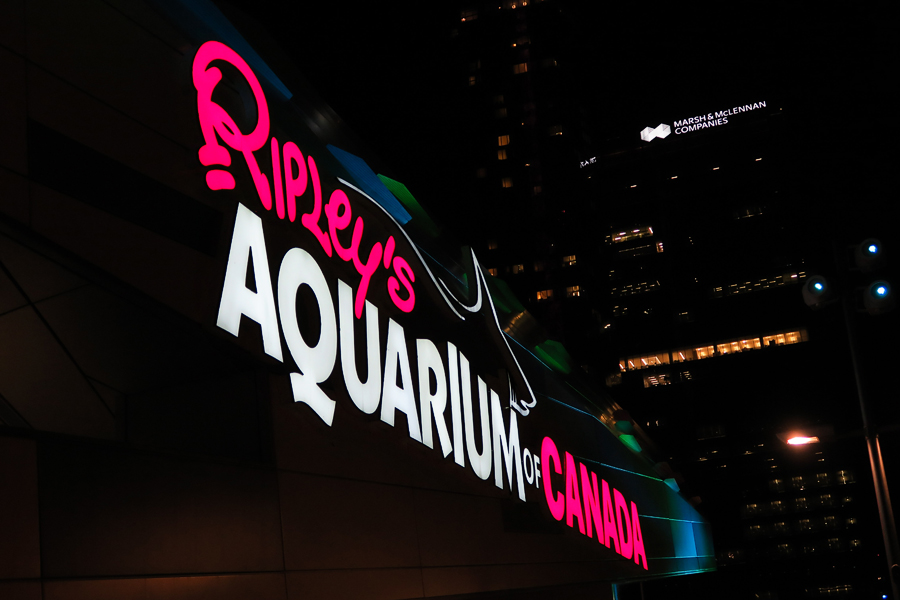 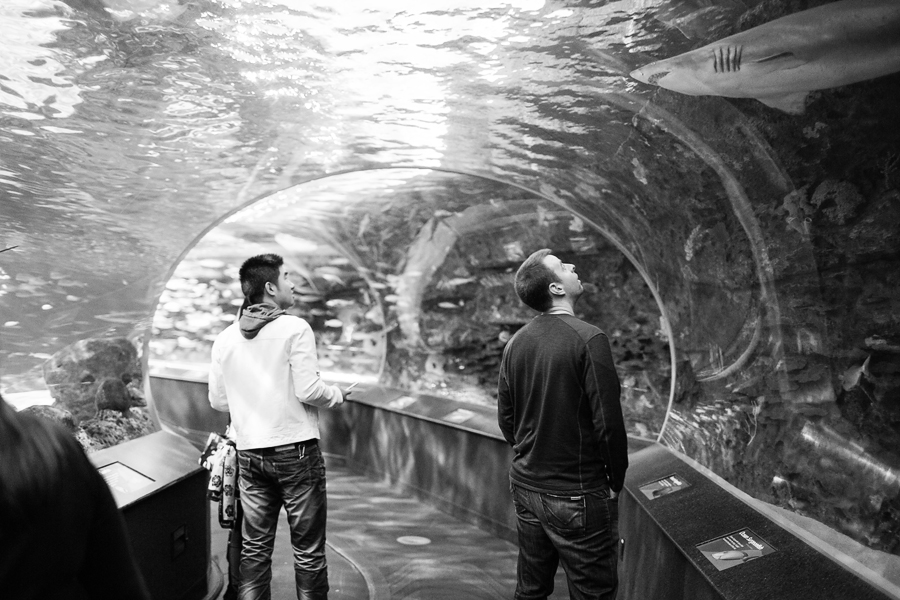 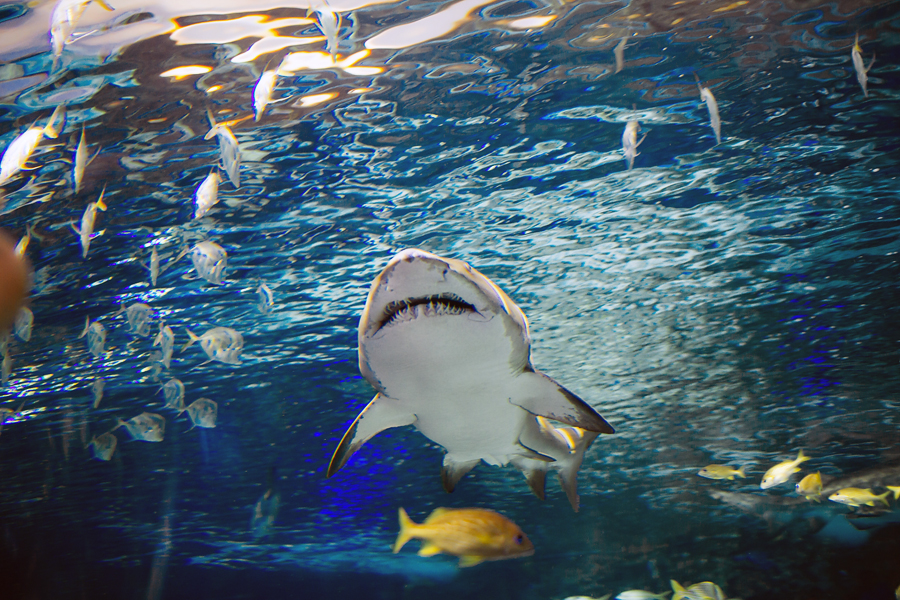 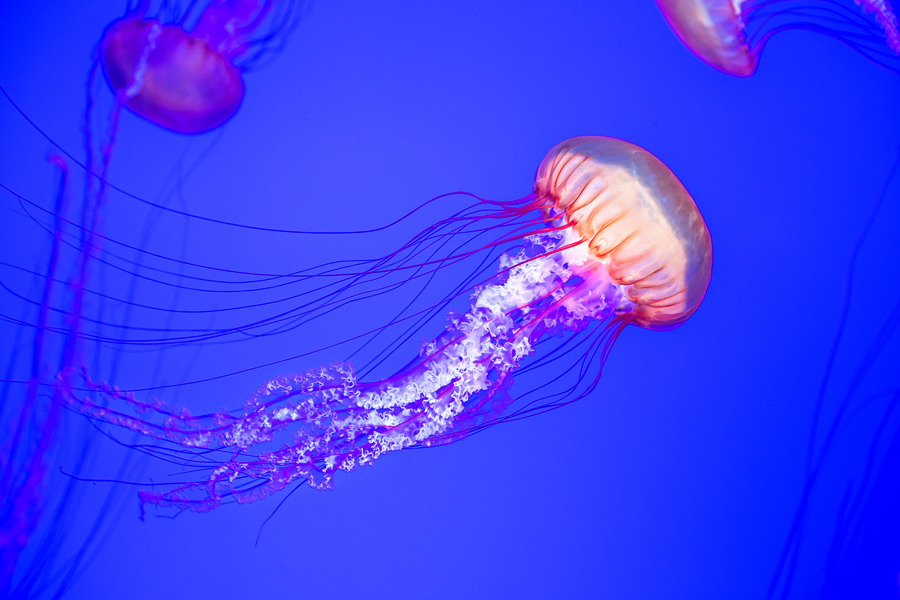 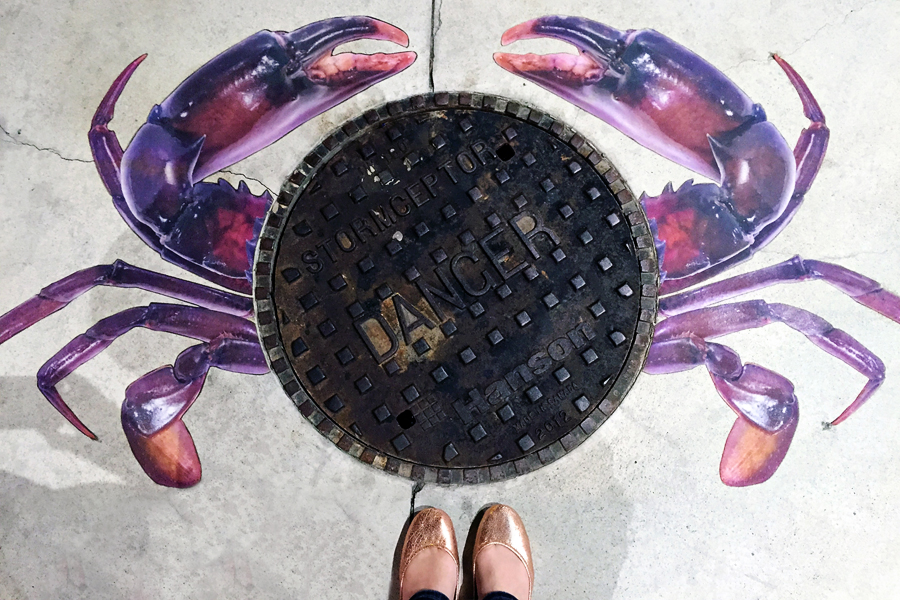 To finish off our quick jaunt to Canada, we ended on a sweet note Monday morning with a cinnamon roll and an apple fritter at Tim Hortons. The sugar rush gave us a much needed energy boost for the 8.5-hour ride home.

So that was Toronto! It was a pretty easy drive from the Washington, D.C. area, so I’m keeping it on my list as somewhere we need to revisit in order to see a bit more of the city. Let me know if you have any favorite spots that we need to check out next time!