A Bit of Belgium: Bruges

One afternoon sometime last year, Chris was reading a magazine article about touring Belgium’s best beers via bicycle and we got the idea to visit the country, albeit not on two wheels since we wanted to split a week between Belgium and neighboring Netherlands. And since the country is lovingly known for its chocolate in addition to beer, it sounded like the perfect playground for this chocoholic and her beer-loving husband.

Originally we planned to see Brussels, Bruges, and maybe Ghent, but eventually decided to limit our focus to a smaller scope for a few reasons. Most importantly, we opted for a relaxed pace and atmosphere since we would only be staying a couple of days. I absolutely love small cities and often prefer them to big capitals, so the prospect of spending a few nights simply in Bruges ended up appealing to me. And my research indicated that we could easily check off our Belgium bucket list items right in Bruges: waffles, chocolates, beer, and frites. This might be the first time ever that my travel to-do list was made up entirely of food and drink, and I’m totally okay with that.

We stayed in the cute Hotel Prinsenhof just steps from the main square, and while we did have quite a bit of rain and chilly temps for our three days in Bruges, we made the best of it by wandering the cobblestone streets along the quaint canals under clear skies and ducking inside during scattered showers. 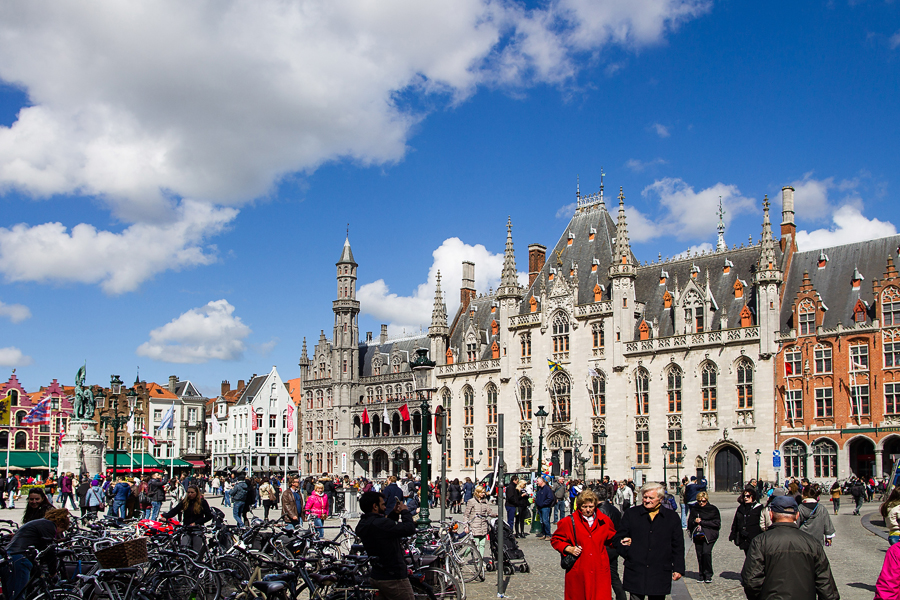 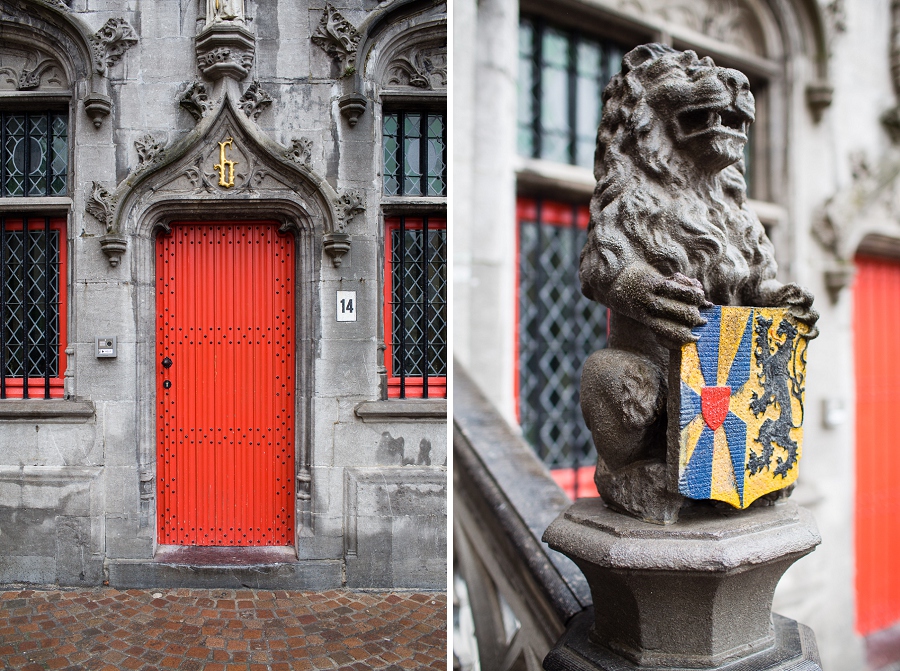 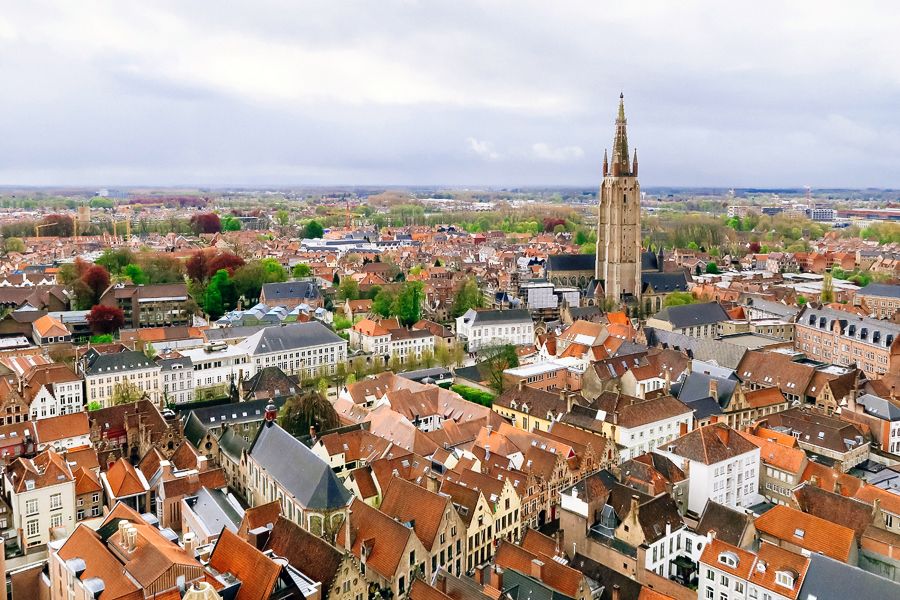 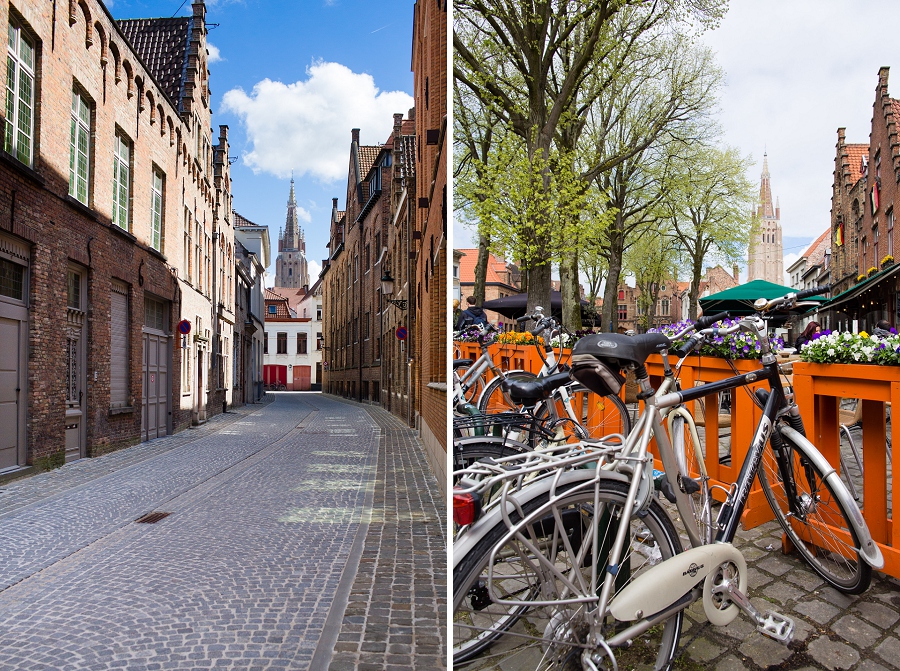 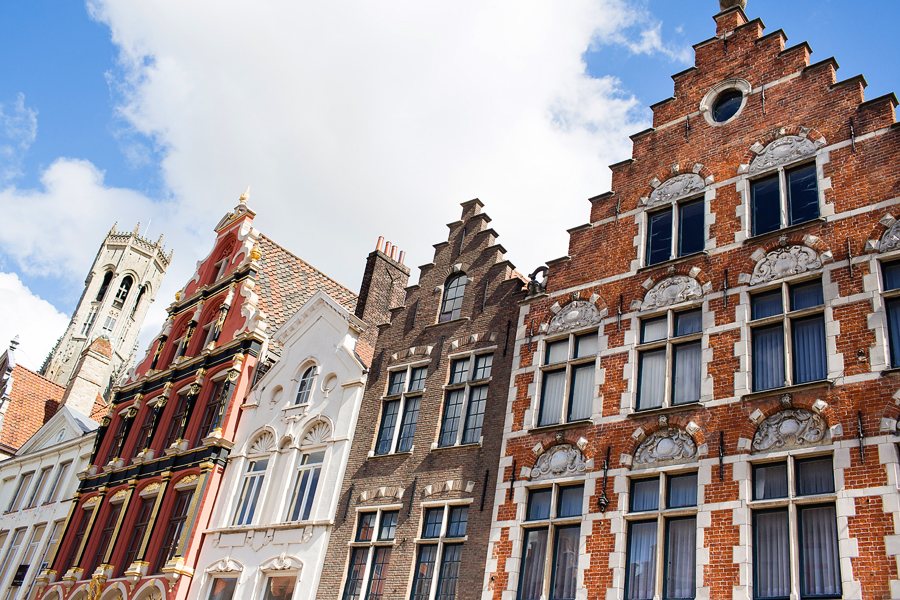 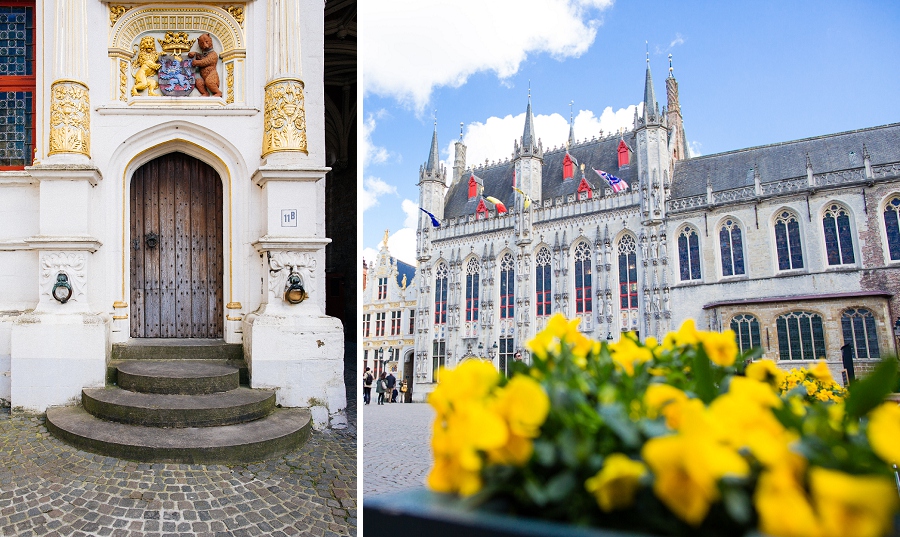 Often called the “Little Venice of the North,” Bruges charms its visitors with canals that flow alongside adorable centuries-old houses and buildings. I couldn’t get enough of the architecture and European details in this city. 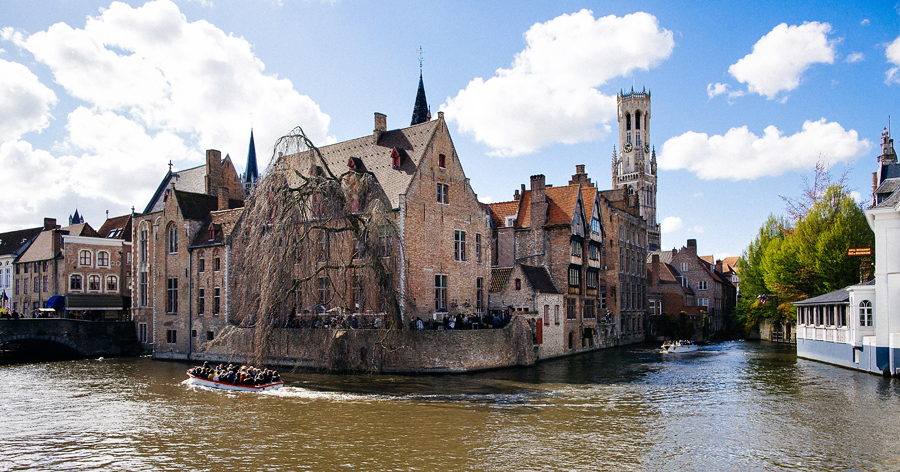 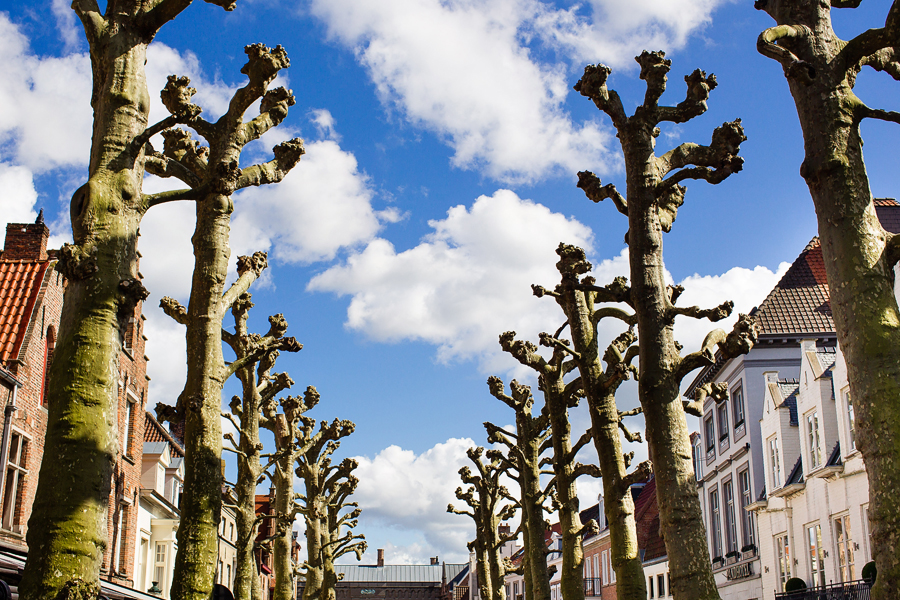 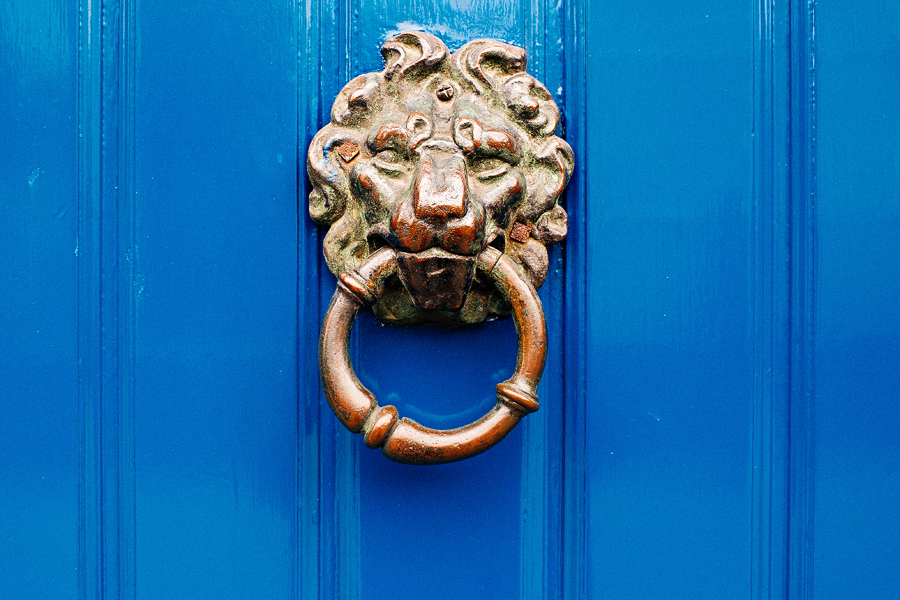 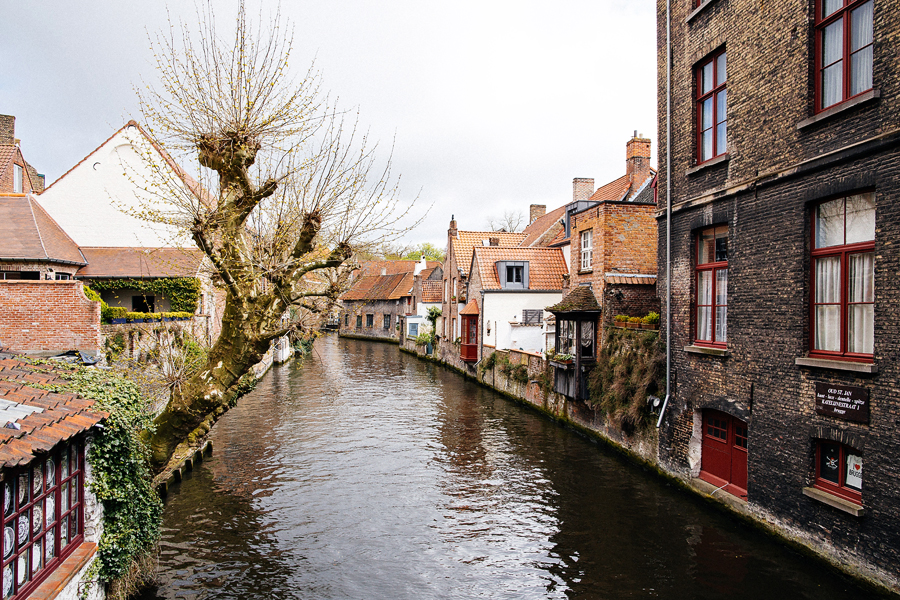 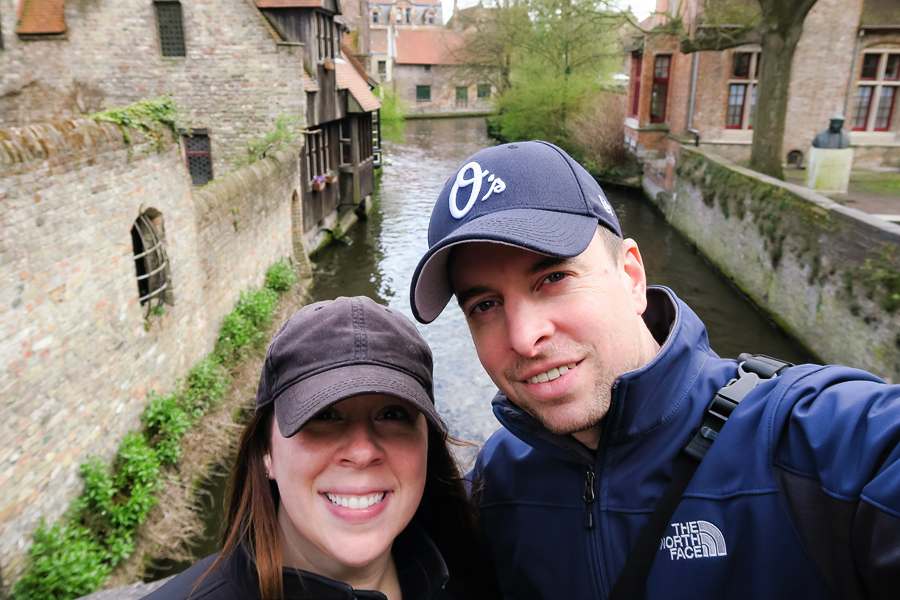 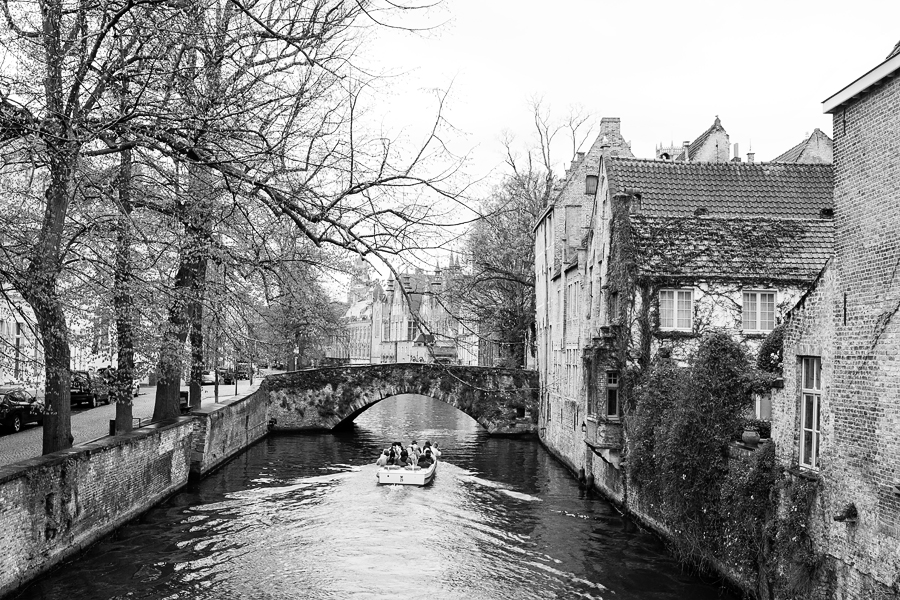 So you know how I mentioned that this trip was pretty much built entirely around food? Yes, we made good on that. After checking into our hotel, we made a beeline for a waffle stand to officially commence our week of unabashed eating and drinking. I read that the locals like to eat the waffles plain so I tried that first, but I admit I preferred the version covered in melted chocolate. Confession: I ate one waffle per day. Thank goodness we were only in Belgium for three days.

We made a point of trying several local Belgian brews (more on this in the next post), and I even stepped outside my comfort zone one evening by ordering moules frites, otherwise known as mussels and fries. I watched videos before we left on how to eat mussels the proper/local way, by using an empty shell as a tool to extract the meat from other shells. And guess who actually likes mussels?! I surprised myself. 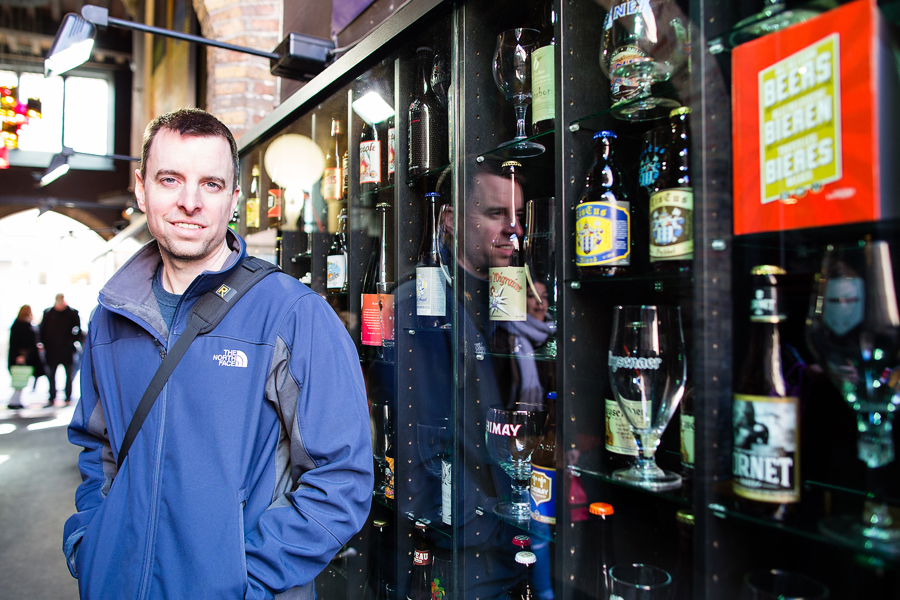 And of course I was literally like a kid in a candy shop in all of the chocolatiers around Bruges. My two favorites ended up being Pralinette and Dumon. If you have the opportunity to try both shops, do yourself a favor and get the macadamia nut praline at Pralinette, and the caramel truffles at Dumon. You can thank me through a mouthful of chocolate later. 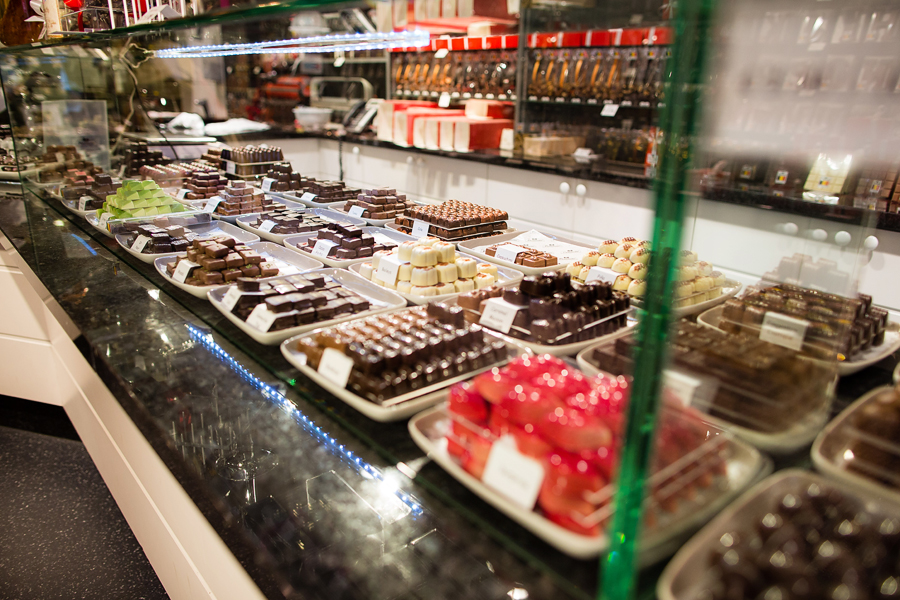 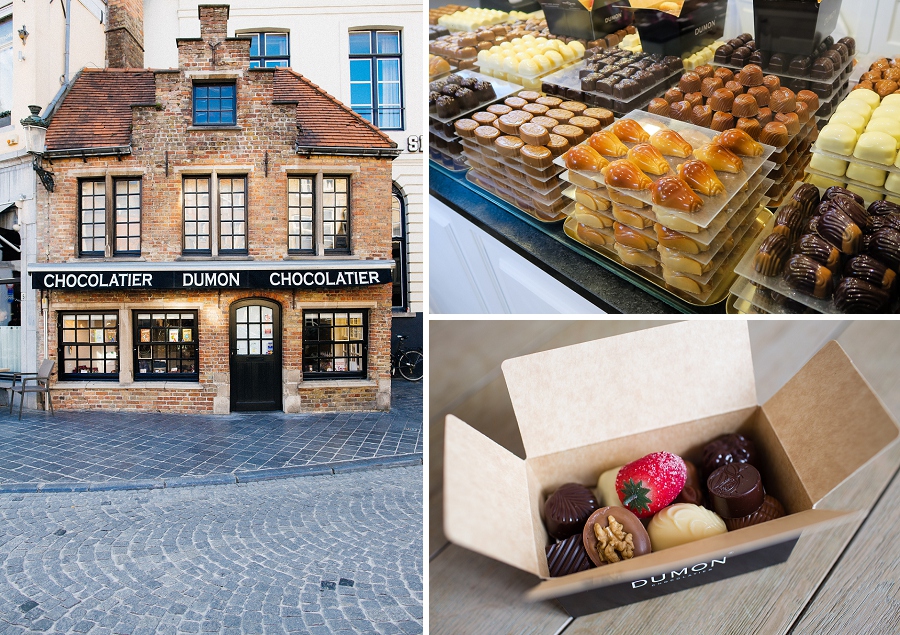 Even our hotel won me over with sweets – a real Belgian chocolate on my pillow every night. 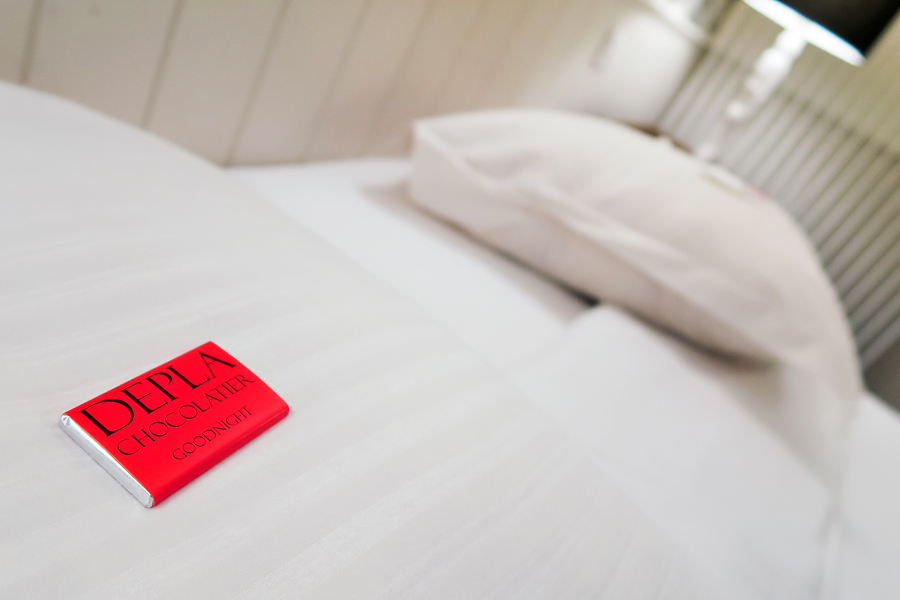 Up next: my recommendations for wonky weather in Bruges! Rainy day activities vs. clear weather fun.

Our Iceland Adventure Begins!
Dublin Part II: Drinking Our Way Through Dublin
The Great Beer-Off of 2016: Round 1 Belgium
I Amsterdam
Tags: Belgium, Europe

« HappinessBruges According to the Weather »