A Visit From Henry the Monkey

A few months ago, I signed up as one of the photographers to participate in Hugs From Henry, Love Lucas, to host a visit from Henry the sock monkey who is traveling around the world from photographer to photographer. You can read more about this wonderfully amazing heart-warming project here. In short, a collection of photographs documenting Henry’s travels around the world will be compiled into a beautiful book to raise money for a very sweet and special boy, Lucas. I am absolutely honored to be a part of the project. But go read about it on Faith’s blog – she tells the story better than I do!

Henry the monkey arrived at our house during a very rainy season in the D.C. area. I had all kinds of plans for taking Henry out sightseeing, but I wasn’t sure how he would do in the rain (I assume sock monkeys don’t love rain all that much) and we just haven’t gotten a break from it during his stay so far. He has a lot of other photographers to visit in the upcoming months and had to be on his way soon. After all, I’m sure he wants to see the world AND get back to his friend, Lucas! So we did what anyone else would do on a rainy day: rainy day activities! Here is a story for Lucas about Henry’s visit to see Susan and Chris in Virginia.

To start our schedule of rainy day fun, we played classic games like Connect Four, where Henry won three games in a row. 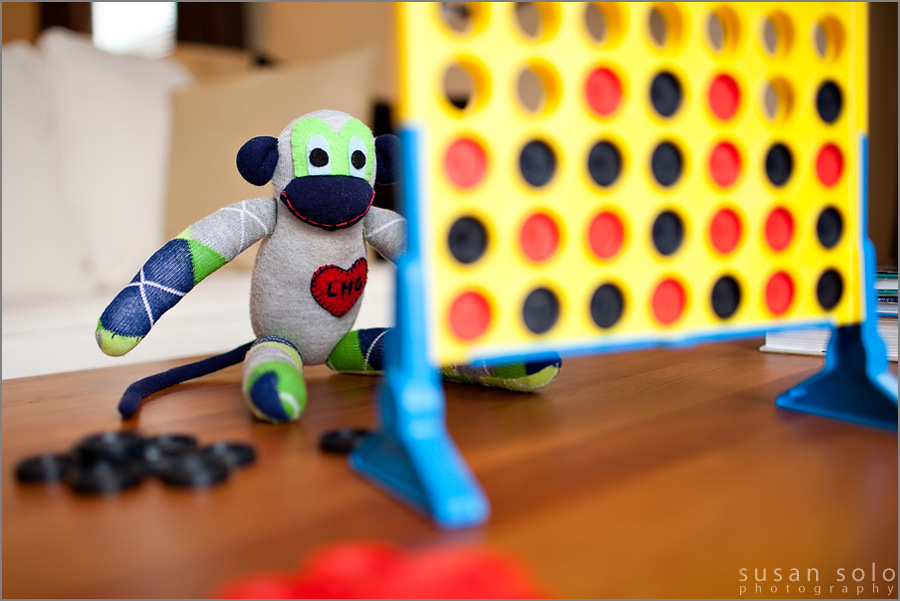 Henry, we see you! You’re so silly!

Next we played Jenga, where we all stacked the blocks higher and higher… 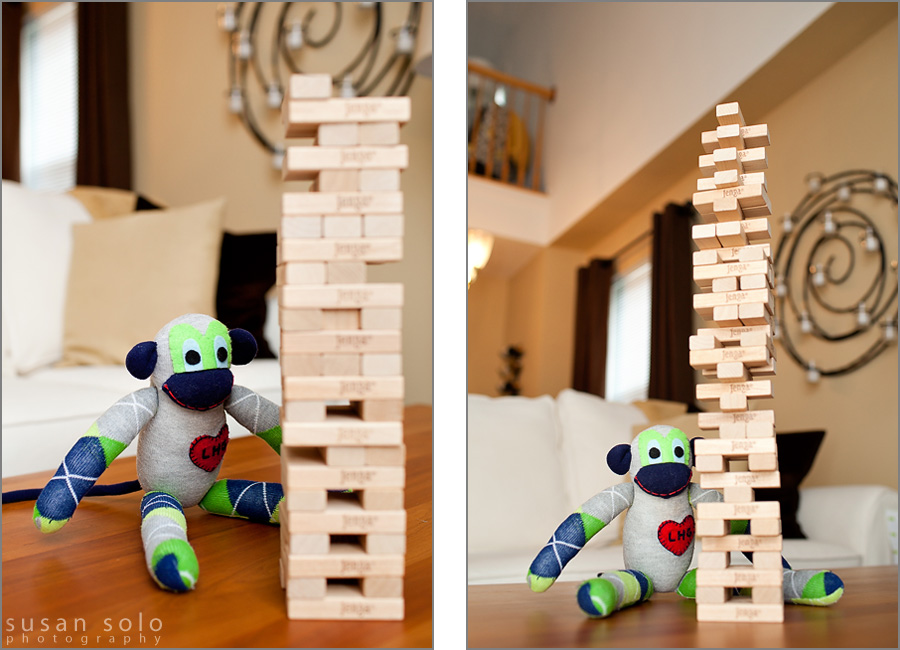 …until I placed a piece on top that made the tower come tumbling down. So Henry won! 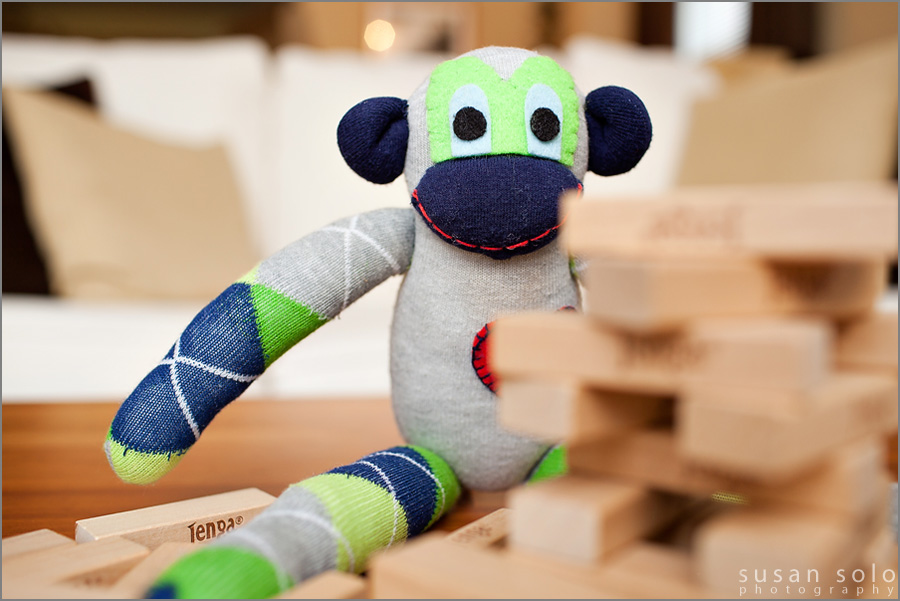 Here we are playing a card game that I think Henry made up. I’m not quite sure of the rules, but Henry won again. He’s good at everything! 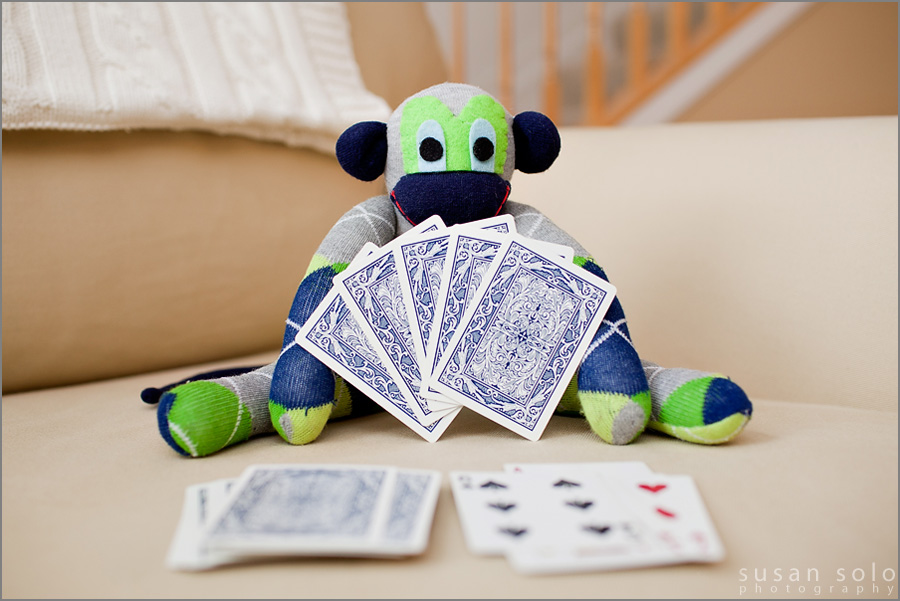 Chris and I are both pretty good at Wii Bowling, and I thought maybe one of us could win a game for once, but Henry pretty much rocked at that, too. 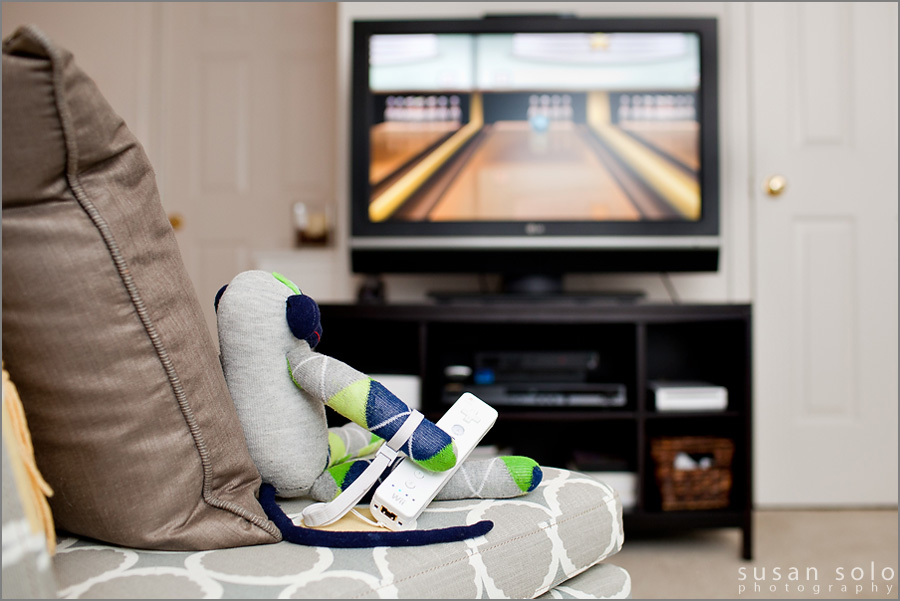 My most favorite activity lately is exercising, so Henry and I pumped some iron. Henry is very strong! 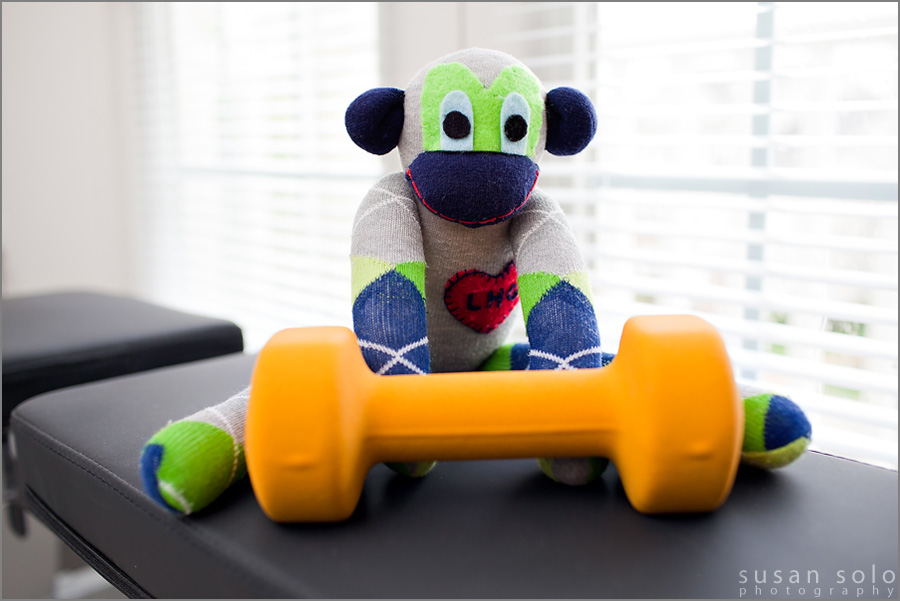 Playing all of those games and exercising made us hungry, so we headed to the kitchen for a snack. Another favorite rainy day activity of mine is making chocolate chip cookies. But lately I’ve been trying to eat a few less cookies, so we just pretended, which was almost just as fun. We ate bananas instead, since bananas are a very healthy snack and they’re one of Henry’s favorites! 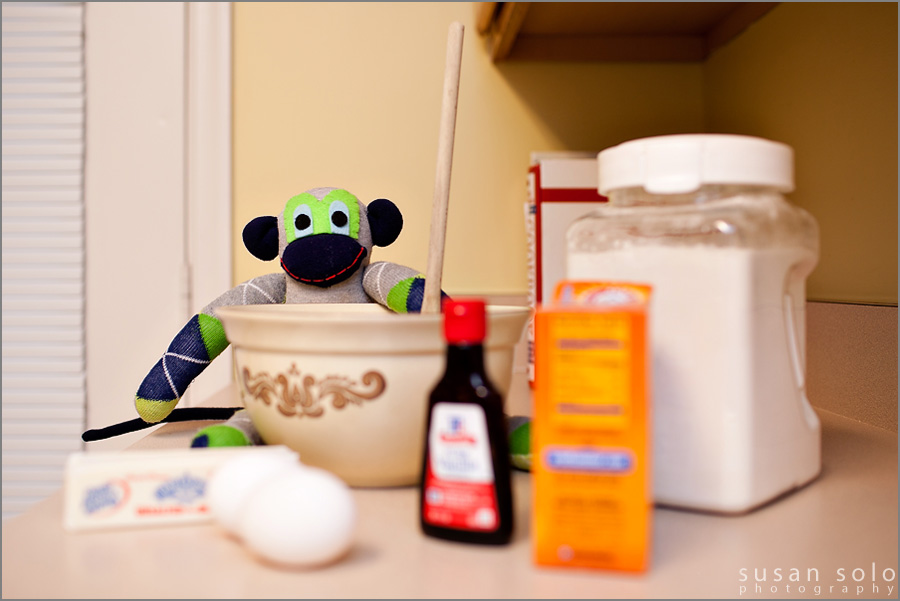 And one of Chris’s very favorite indoor activities is rooting for the Washington Capitals, so we watched some playoff game highlights together. Go Caps! 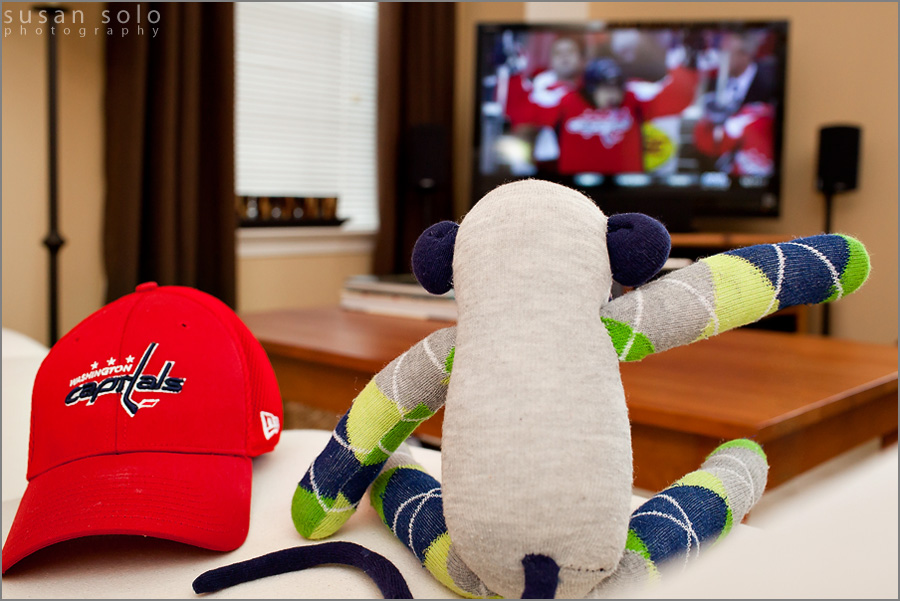 Lastly, we wrapped up our rainy day fun by reading a book about some of the sights in Washington, D.C. that Henry would like to visit next time he is in the area on a sunny day. 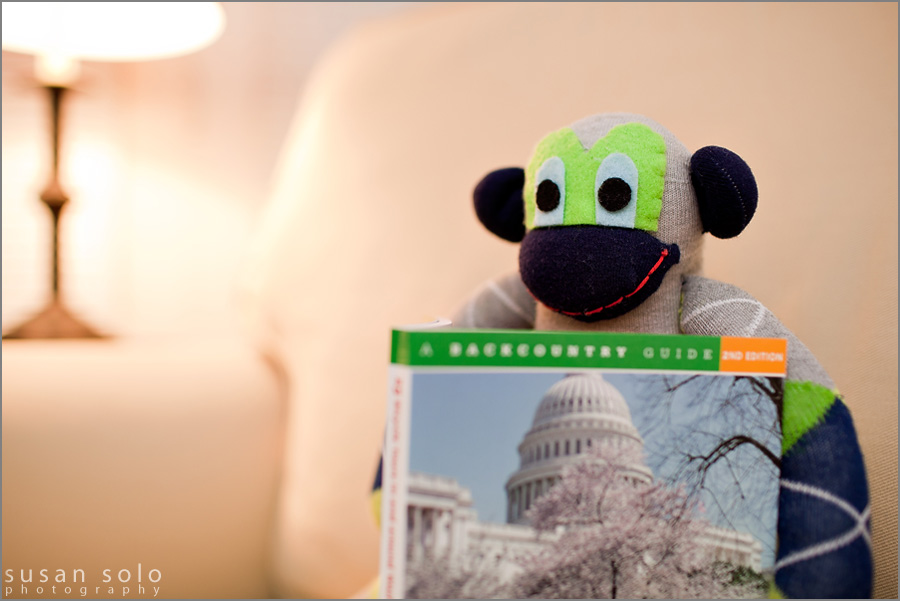 We are so happy you came to visit us, Henry! Please give Lucas a big hug from Susan and Chris when you arrive home again. We hope you enjoy the rest of your travels and have beautiful weather! (But sometimes a rainy day can be so fun, right?!) xoxo, Susan and Chris