Of all my friends, Casey holds the record for the one I’ve known and kept in touch with the longest. She and I met and hit it off right away in Texas when we were in middle school. Our friendship was solidly formed over a common inclination for getting the giggles, a mutual love for a certain boy band, and gossip about pretty much anything found in Bop magazine. And even though we’ve both moved all over the place since then, we’ve remained dear friends. We even ended up living in the same state together again when she moved out here to Virginia. Alas, she’s moving again, but before she left she was able to visit last night with her baby Lawson, who makes me understand what it means to want to just squeeze and pinch someone’s little face all the live-long day. He also makes me realize what an insane amount of energy it takes to keep up with a 12 month-old. I have been dying to get him in front of my camera for months now, and finally had the chance, and whew! He wore me out. I slept so well last night! Casey explained to me what a challenge it is to photograph Lawson, and I admit to thinking gosh…he’s little and only started walking just recently, how fast can he be?

I chased and chased, and managed to snap a few shots when he’d topple over, or find something that held his interest for ten seconds. Meet Lawson and Casey (who looks amazing): 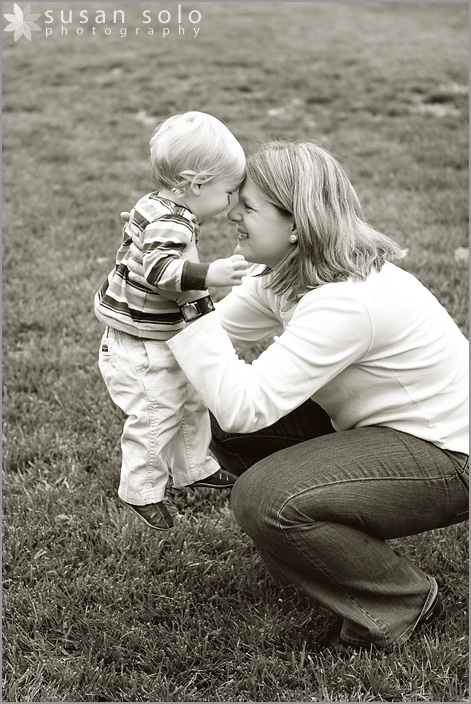 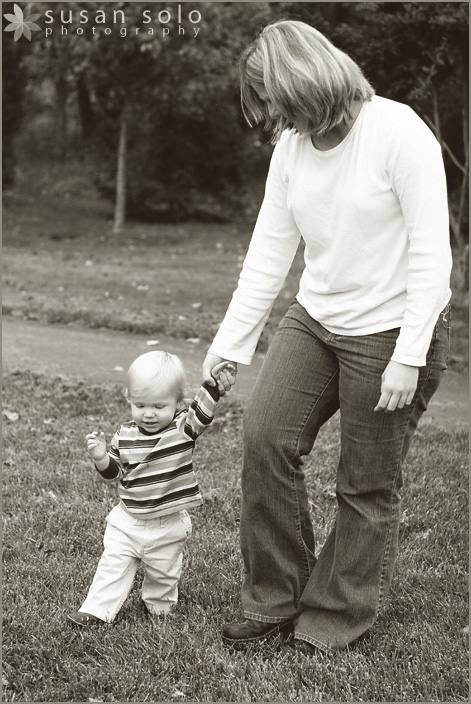 Lawson is such a typical boy…it only took him a few minutes to get into the dirt and bark: 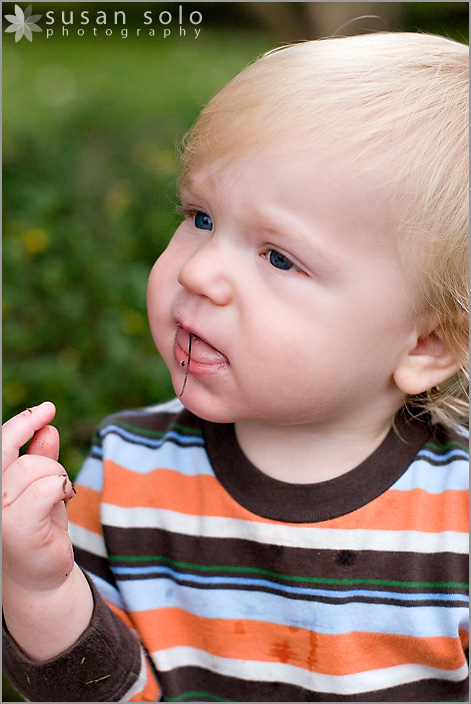 This pause in action lasted, oh, about 30 seconds: 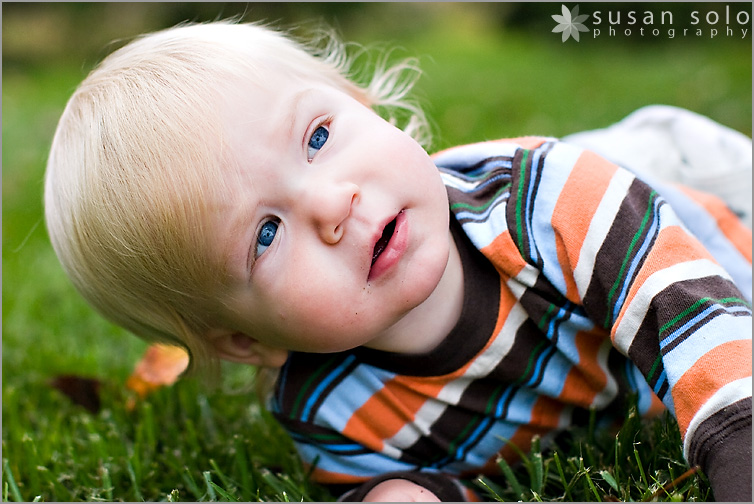 That’s not a Photoshop trick, my friends, those are Lawson’s true baby blues: 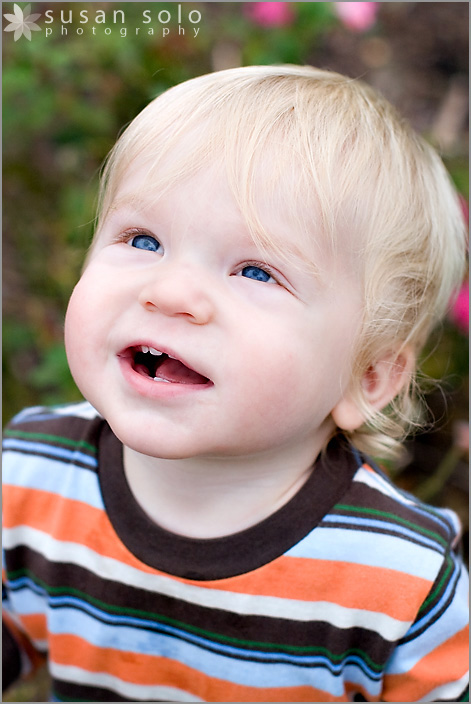 I think Casey was keeping his interest for this one… 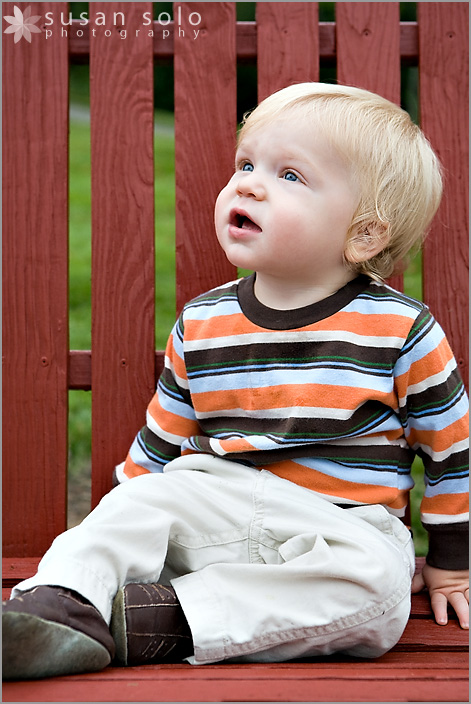 And then I managed to make a few interesting animal noises to catch his interest in this one. I usually like to let the kiddos do their own thing and I just work around them, but I can be pretty entertaining, too I think. I have no shame whatsoever in making a complete fool out of myself to get a shot. (Yeah, there was some droolage going on in this next one…it’s hard work getting new teeth!) 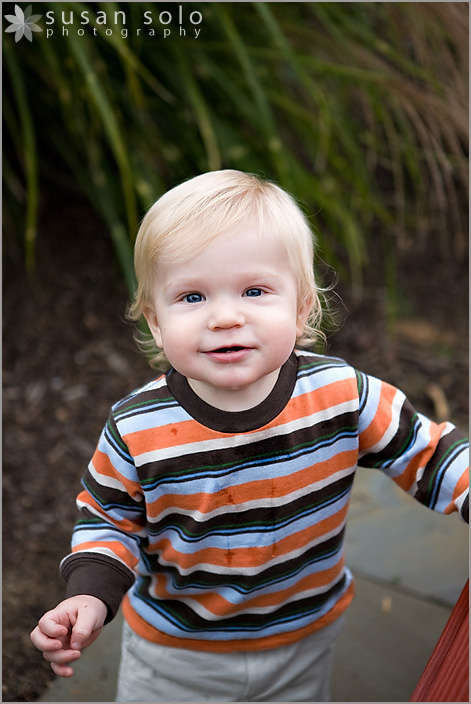 Oh that face! Those cheeks! 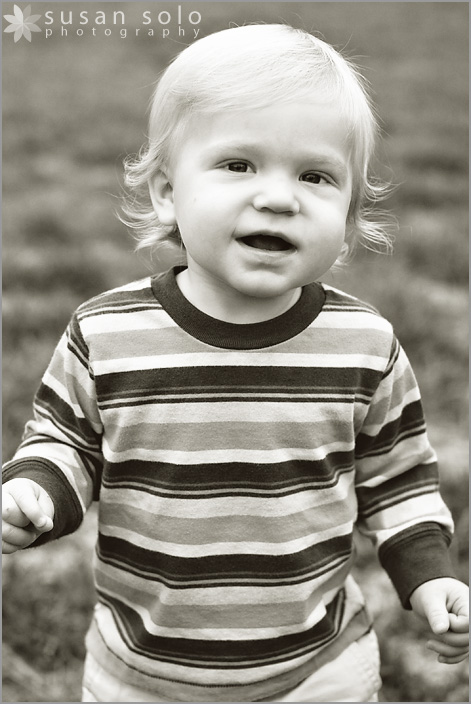 Casey, I’m going to miss you! I hope we get to visit each other often, and I already can’t wait to photograph your little munchkin again. Best of luck to you with the move and everything, and I know we’ll talk soon. Love to you both!