Last week I had quite the scare with my little guy, Charlie. All of a sudden on the day we had a big snowstorm, he seemed to be sleeping more often and breathing a little heavier than usual. He was still eating well though, and didn’t otherwise look ill, so I kept monitoring him for the next day. His behavior didn’t improve, so I made an appointment with the avian vet. She did an exam and determined that he had fluid build-up in his abdomen which was creating pressure on his lungs and making it harder for him to breathe, so she did a belly tap (abdominocentesis) to remove the fluids. The visit was frightening for both of us! We are lucky to have a wonderful vet though – she was great with Charlie. I’m waiting to hear back on some lab results, but in the meantime I’ve been giving him medication and supplements daily (which he hates), and he seems to be improving a little. Today he’s even singing, and that’s a great sign. He’s getting up there in years, but I’m going to do anything I can to keep him healthy and happy.

I know it might sound weird to some people that I’m so attached to a bird, but I am! I think most people understand the connection with a cat or a dog, but a bird?! Yep! They have quite the personalities, they’re fairly easy to care for, and I love the little bit of background noise when he’s singing and chatting.

Charlie shows up on my Instagram feed fairly often. He’s quite photogenic and seems to love having his picture taken! So here are a few of my favorite Charlie snaps. Side note: I know it’s not safe to give birds salty foods and he’s shown in a photo below with a pile of sunflower seeds. He usually picks one up, works on it for a while to crack it open, and then moves on to the next one. He’ll open about two or three and then move on to doing something else. He never actually eats the seed (weird!), and I don’t think he gets that much salt from one or two shells. 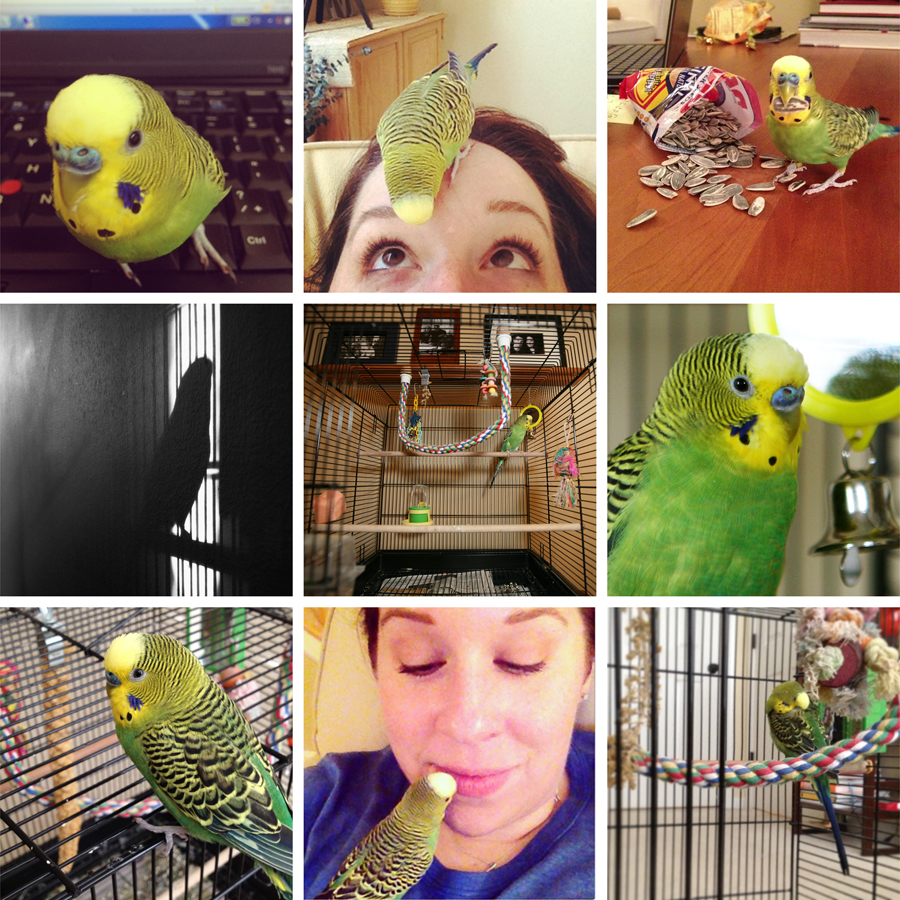 Update 4/2: I am so sad to say that Charlie is no longer with us. He passed away quietly at the vet’s office last week while waiting for a follow-up exam. We miss him dearly and the house is just a little too quiet, but I’m comforted in knowing that he is no longer suffering. Rest peacefully, sweet Charlie!