Yes, I’m dedicating an entire post to the 21C penguins. Partly because we were all quite smitten with the red plastic avians, but also because most of the images that I shot at the workshop can’t be posted until I have a model release (which I’m hoping to have on Wednesday or shortly after).

So, about the penguins. As per the 21C Museum website, “The Red Penguin sculptures that are exhibited throughout 21C were commissioned for a public art project at the 2005 Venice Biennale.” 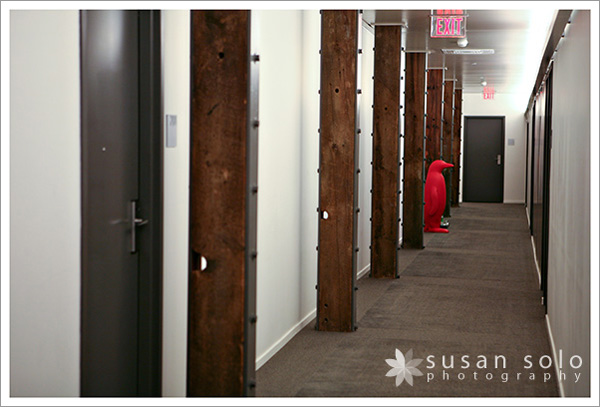 The penguins are scattered around the hotel and museum, and they tended to move around and show up in unexpected places. Sometimes when we got on the elevator, there was a penguin riding the lift. Penguin #2 even joined Jaci and me in our hotel room for a photo shoot.

Um, Jaci…don’t look now, but I think there’s a penguin behind that curtain: 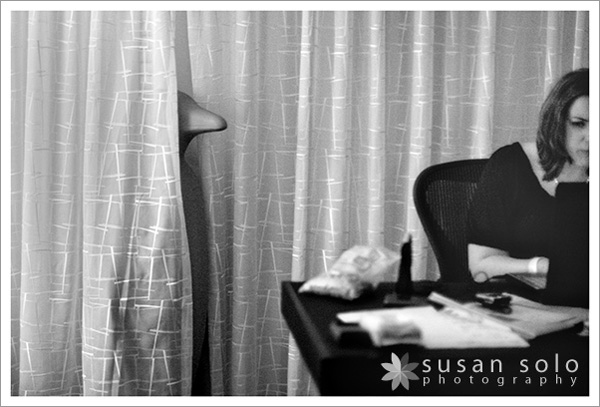 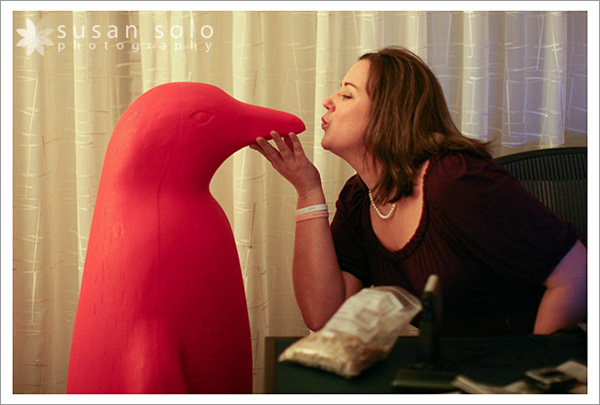 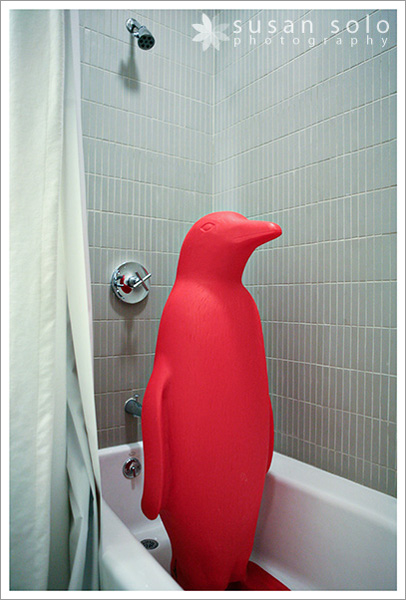 Chatting it up with the duck: 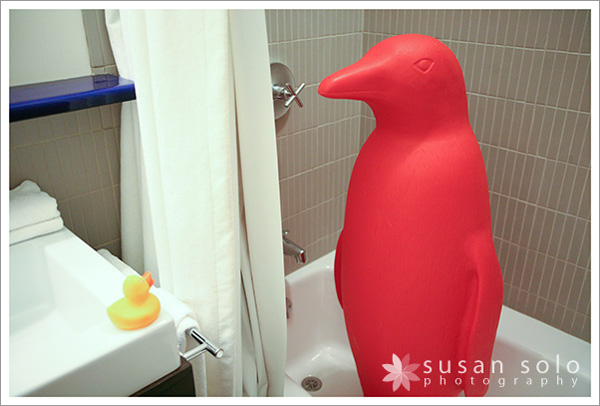 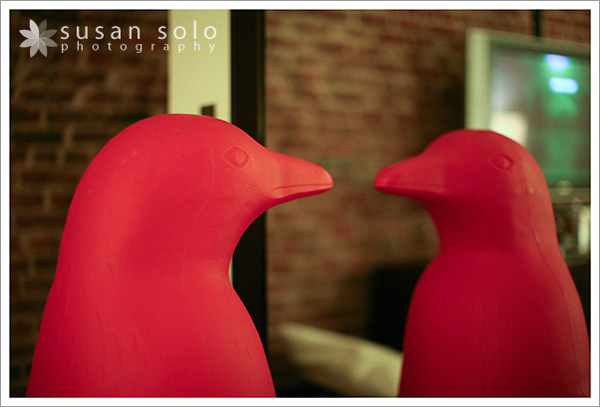