As I mentioned, the 21C Hotel contained a modern art museum right in the lobby and lower-level of the building. That, and there was art everywhere else in the hotel as well. It was so fitting to be surrounded by inspiring artwork during our stay. My roommate, Jaci, and our nextdoor neighbor, Eileen, took a field trip downstairs one evening to see the art.

Right near the elevator was my favorite art installation: a screened wall with a video camera in it that projected your shadowed image back onto the screen like a mirror. As you stood in front of the screen, letters rained down from the top and collected along your figure. It’s one of those things that words and photos can’t really do justice, but here’s Eileen, Jaci and me in front of it: 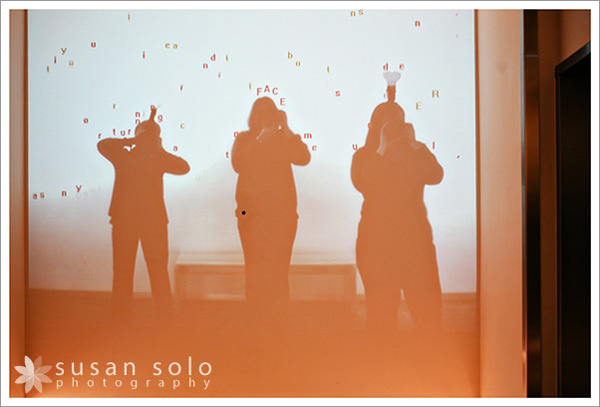 I can’t honestly say that I necessarily understood each piece, but we had a lot of fun photographing everything. 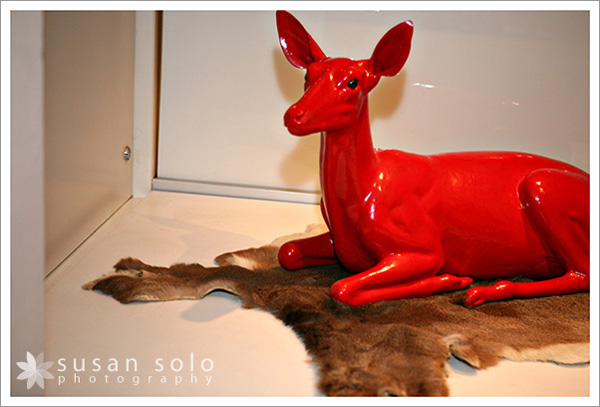 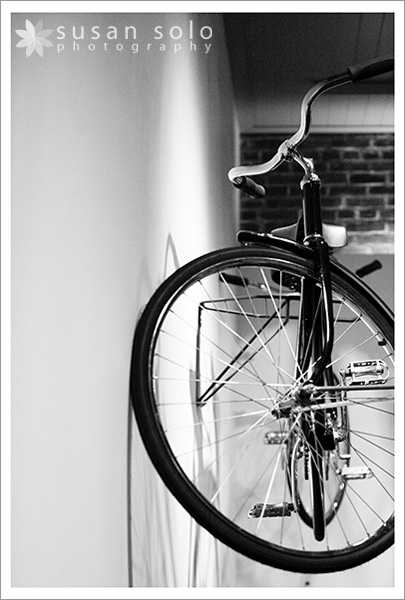 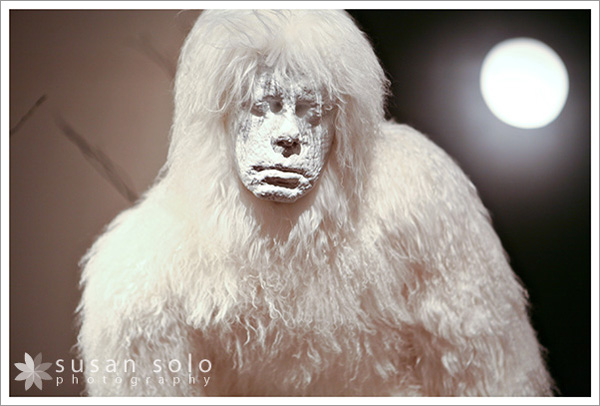 Most of the lower level displayed wall-hanging art: 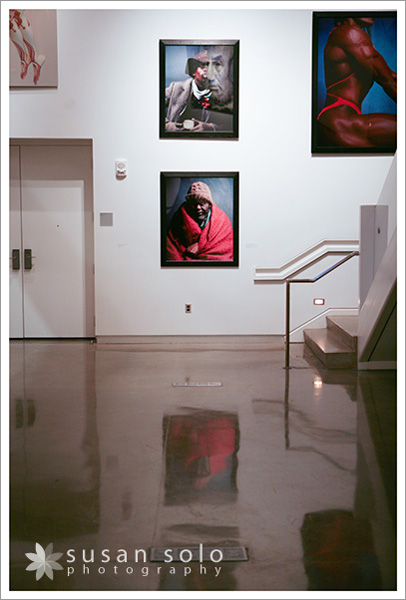 The fabulous Eileen and Jaci: 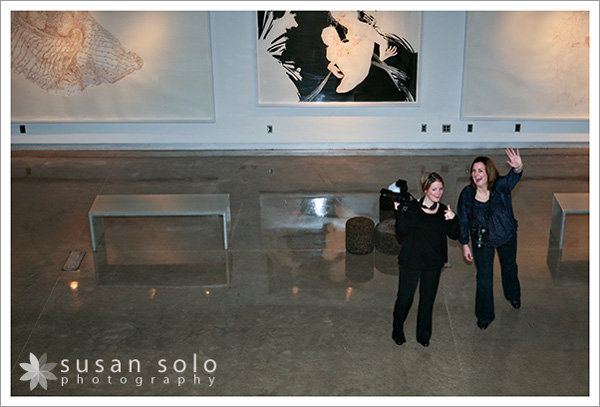 I don’t know how to explain this next piece, other than to say it’s a half-pipe filled with snow and doves, but I wanted to mention it because this piece was interactive: it had a recording of skateboard sounds playing in the background. I told Eileen and Jaci that I heard skateboarding noises when I was standing near it, but when they came to hear it, the sounds were gone so I’m pretty sure they thought I was crazy. (It turns out the concierge had turned off the sound effects. He turned them back on for me so I could prove my sanity.) 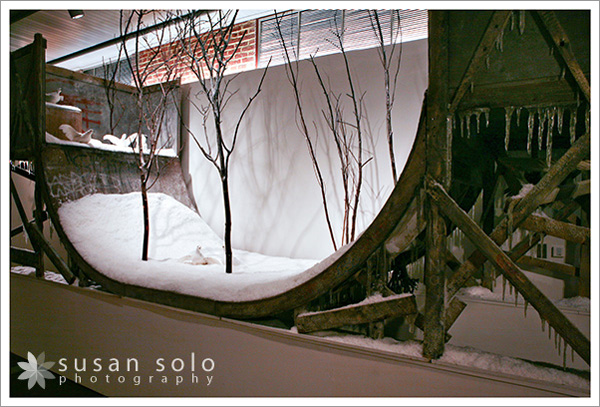 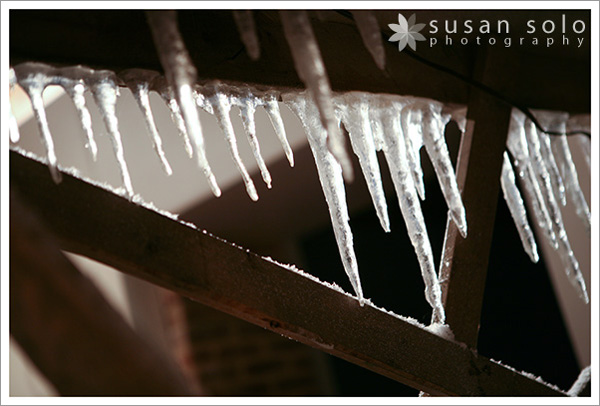 And my other favorite part of the hotel: the giant red penguins everywhere. More on the penguins in the next post. 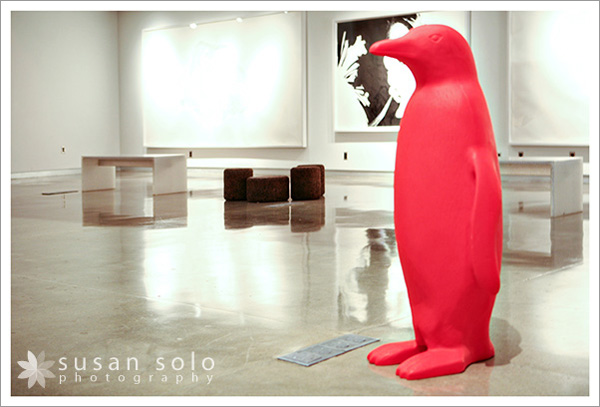