As noted in a previous post, I ignored the advice of so many other travelers to base ourselves in one or two spots in Ireland, and instead I spread our route across the south, the west, and the far north. Our route from Galway to Donegal was designed simply to move us farther up the island because Giant’s Causeway and the Carrick-A-Rede Bridge were must-see items on my list. That said, I’m glad we got to see both Galway and Donegal albeit briefly. 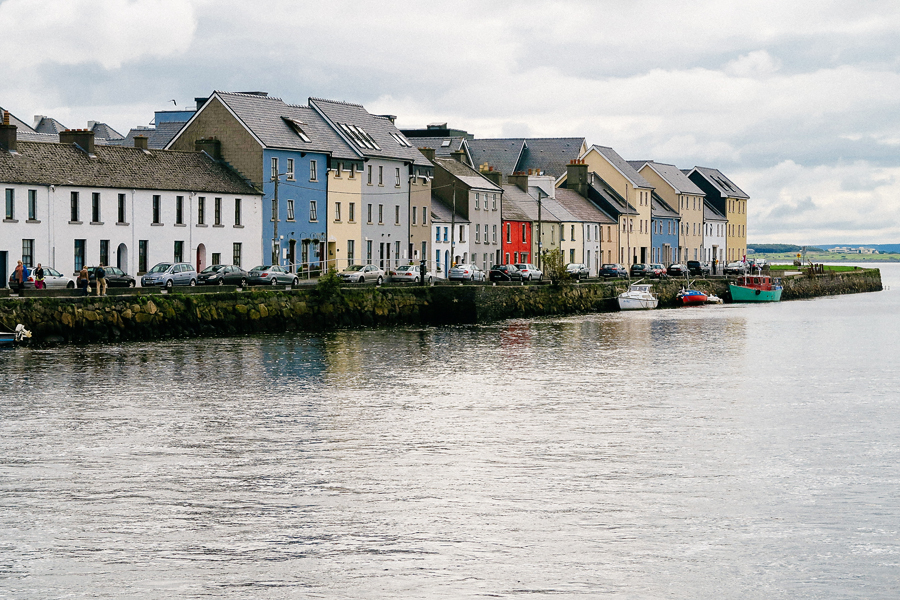 I have to confess, I was a wee bit frustrated with Galway. I’m going to chalk it up to timing and lack of research. From the photos I had seen prior to the trip, I thought Galway would be more compact and easy to navigate like so many of the quaint little towns we explored earlier in the week. I now know that Galway is the forth largest city in Ireland! We arrived during heavy rush hour on a weekday (technically Day 3 of our road trip) and we were up against a deadline trying to arrive at our B&B for check-in, so some of the very busy one-way streets flustered us. If I had known it was so big, we would have timed our arrival differently to avoid the traffic. Once we were settled and walking around the city center though, I discovered the vibe that so many people love about Galway. 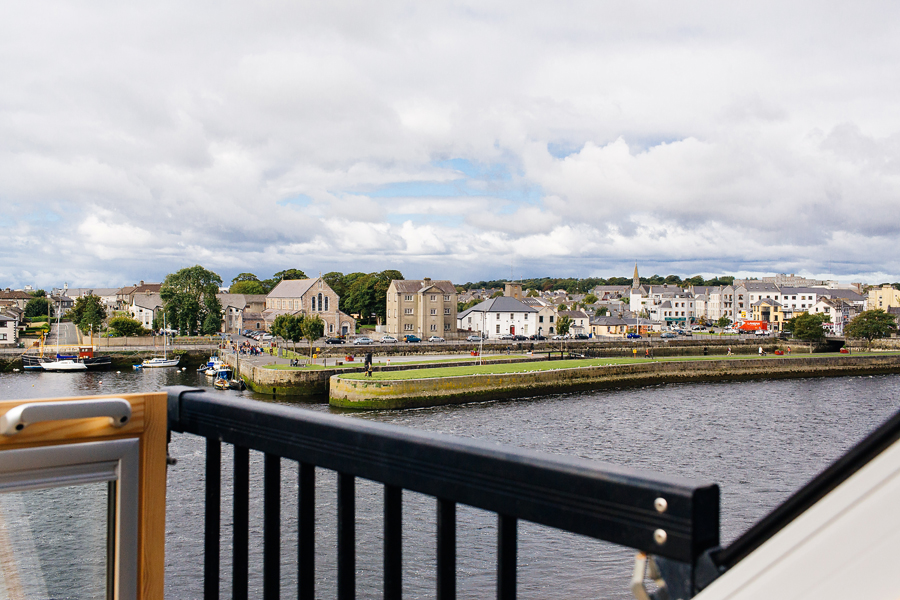 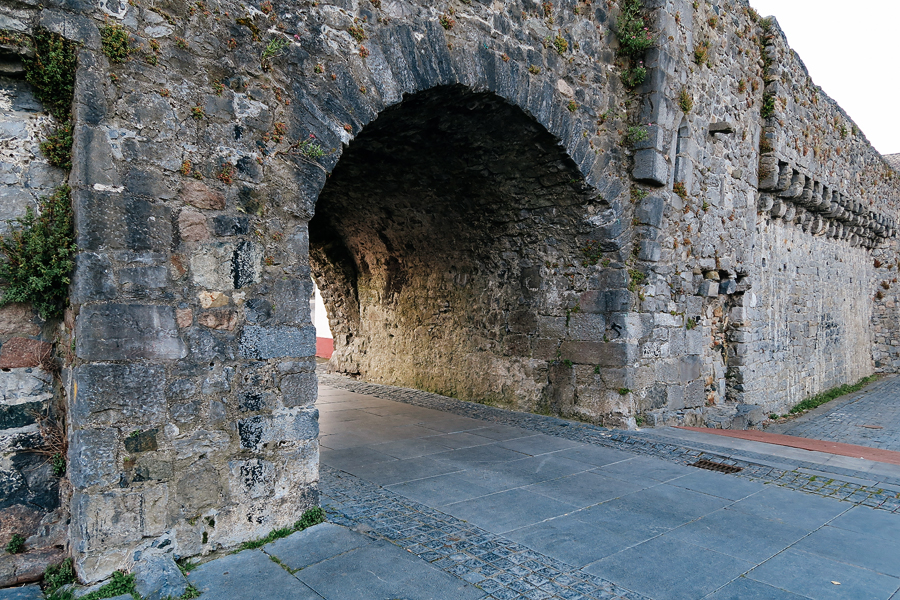 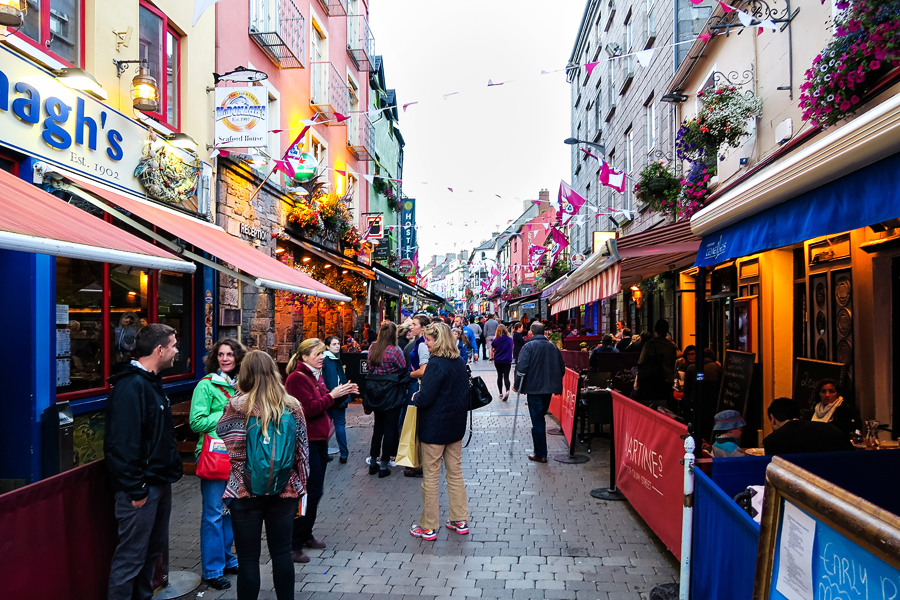 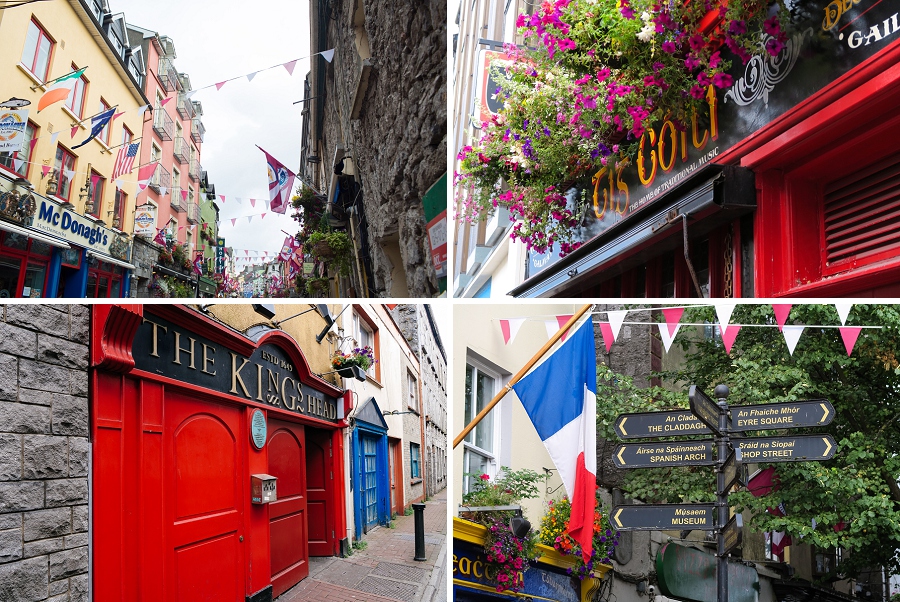 City size aside, we were especially excited about checking out the live music scene in Galway. After dinner and drinks, we headed straight for Tig Cóilí based on so many recommendations. The pub was filled to the point of standing room only, but we eventually made our way to the front for a prime spot. The band’s lively trad session kept Tig Cóilí packed and full of craic. 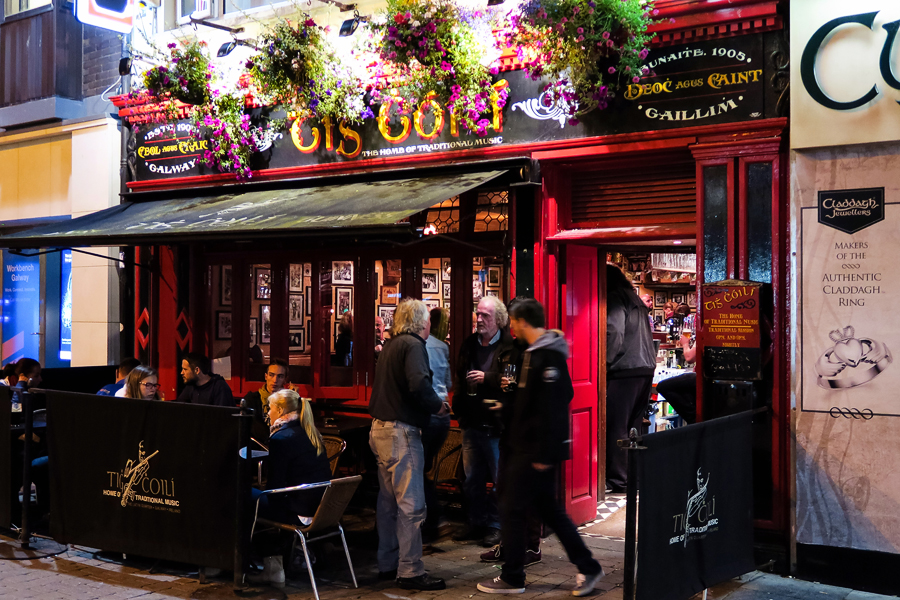 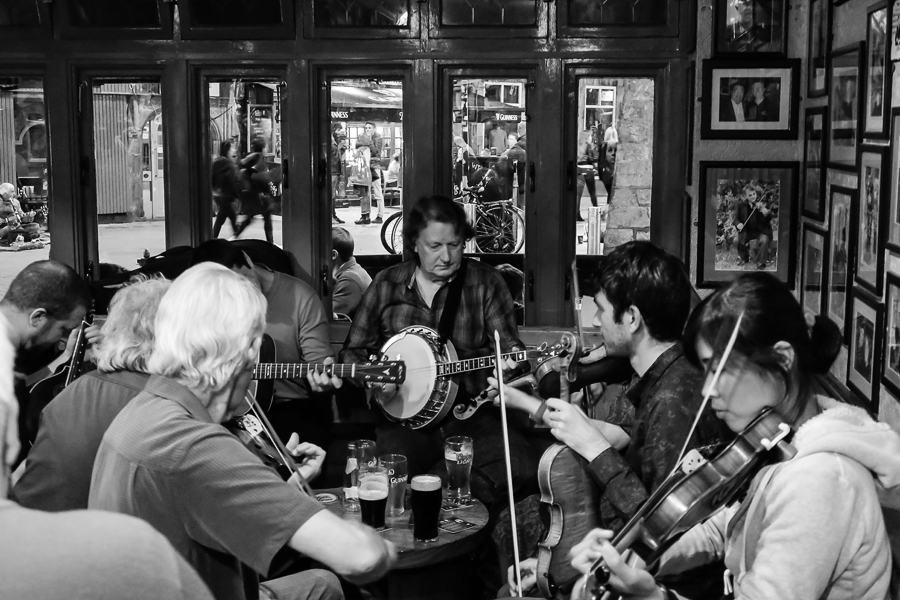 After sleeping in a wee bit the next morning, we took off on Day 4 for the three-hour drive to Donegal without much of a plan except getting to our destination. We had been having good luck with winging it and discovering points of interest, little villages, and great pubs in which to grab lunch, so I didn’t research the route ahead. We didn’t end up stumbling onto any food around lunchtime, and after several rounds of, “maybe the next town?” we gave up and ate fast food. At least it was something new to us – Ireland’s answer to the drive-thru, Supermac’s. 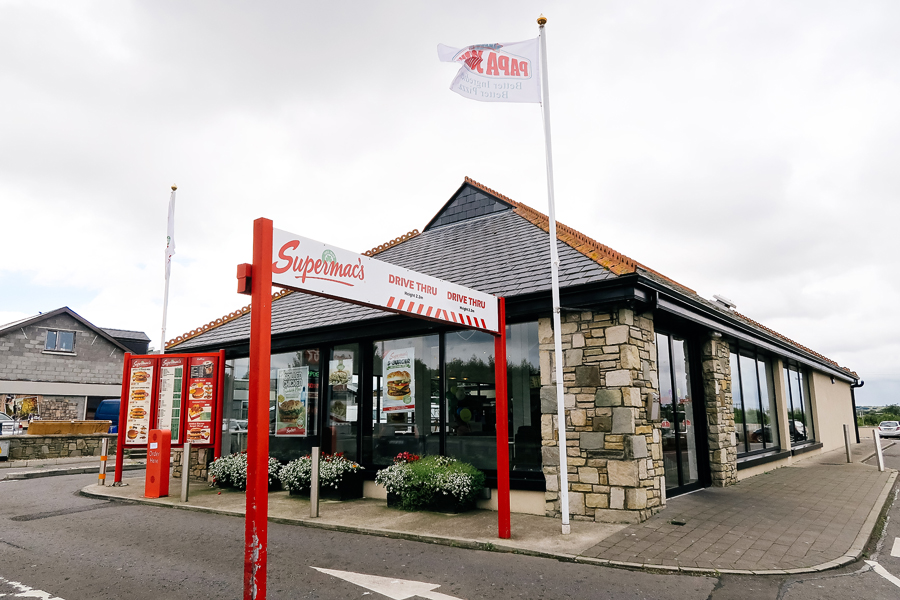 When we arrived in Donegal, we found the town center to be a little sleepy, but interesting nonetheless. Fifteenth-century Donegal Castle sits right in the middle of town, though it was just about to close by the time we wandered over to it. 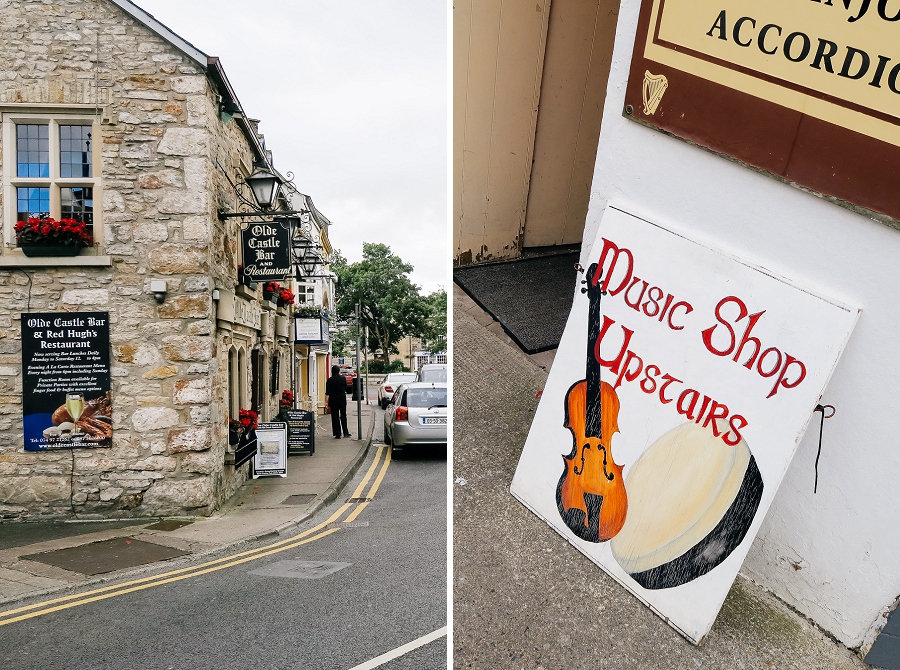 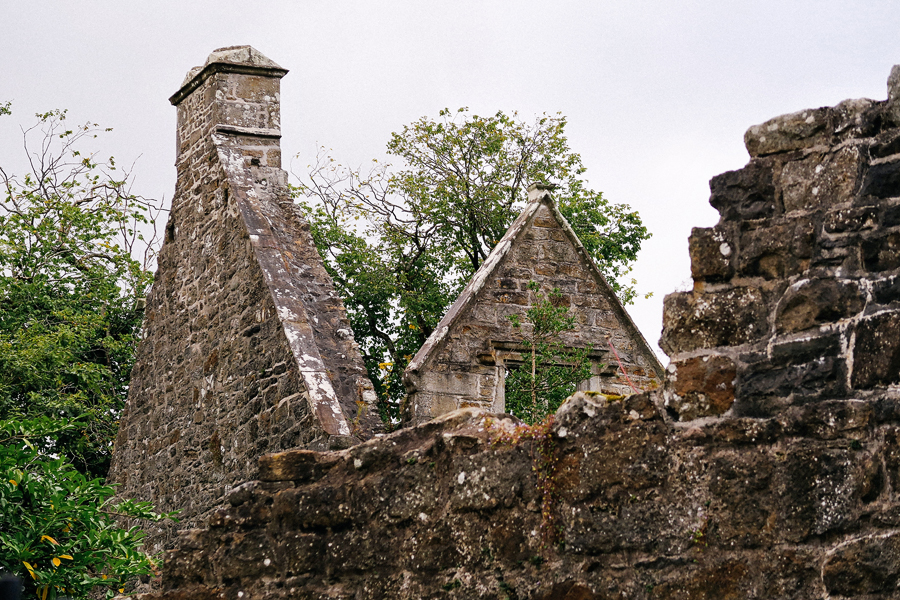 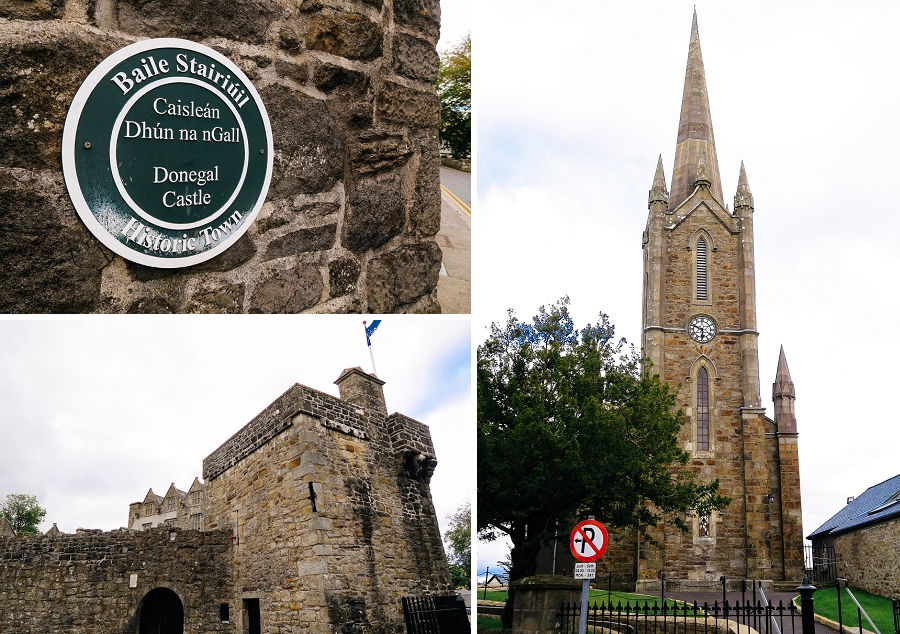 We saw our third traditional Irish session of the week at The Reel Inn where the owner played accordion accompanied by a friend on the guitar. Their hilarious stories and commentary entertained a huge crowd and I could have listened to those two guys all night (except we were exhausted and only lasted until about 10:30pm). 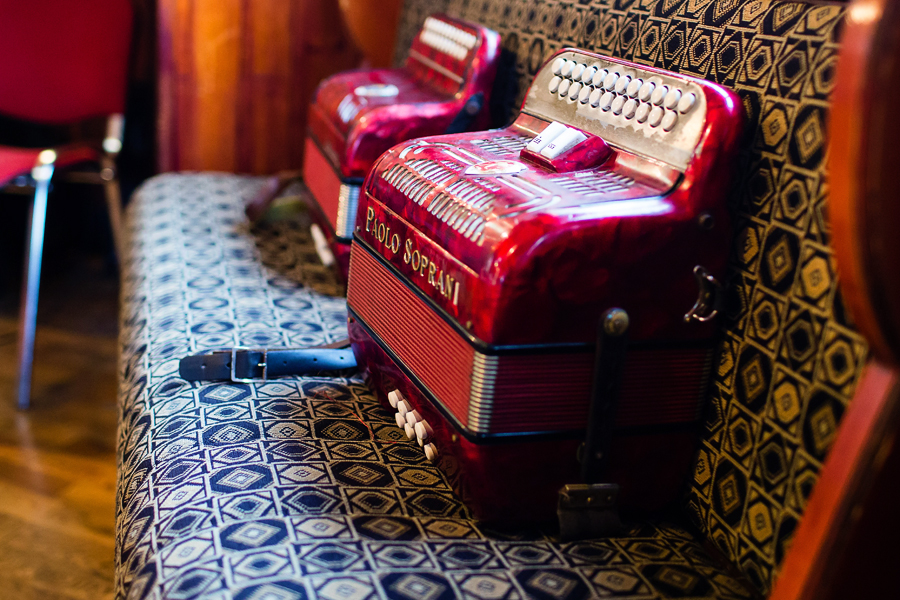 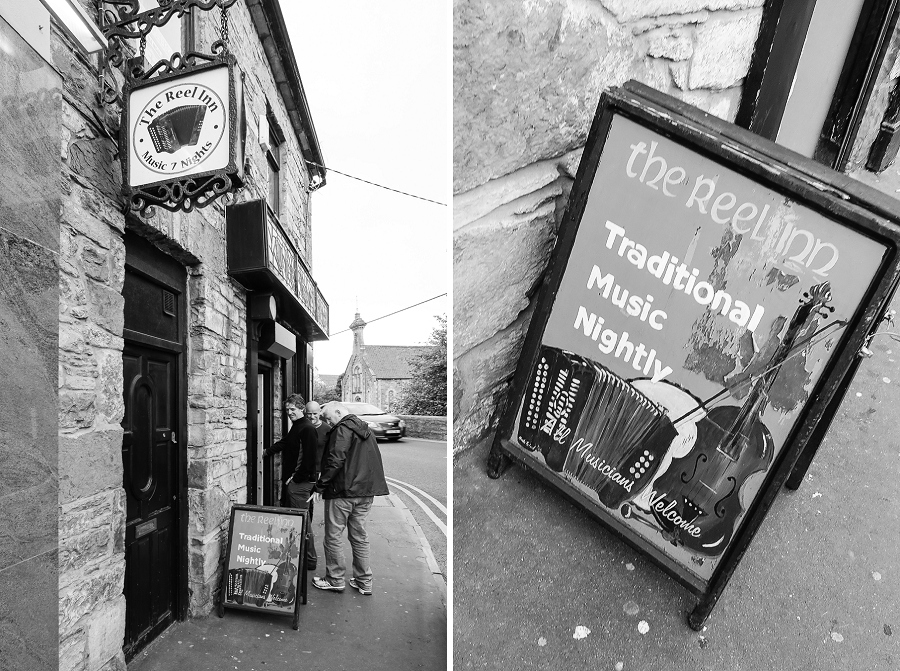 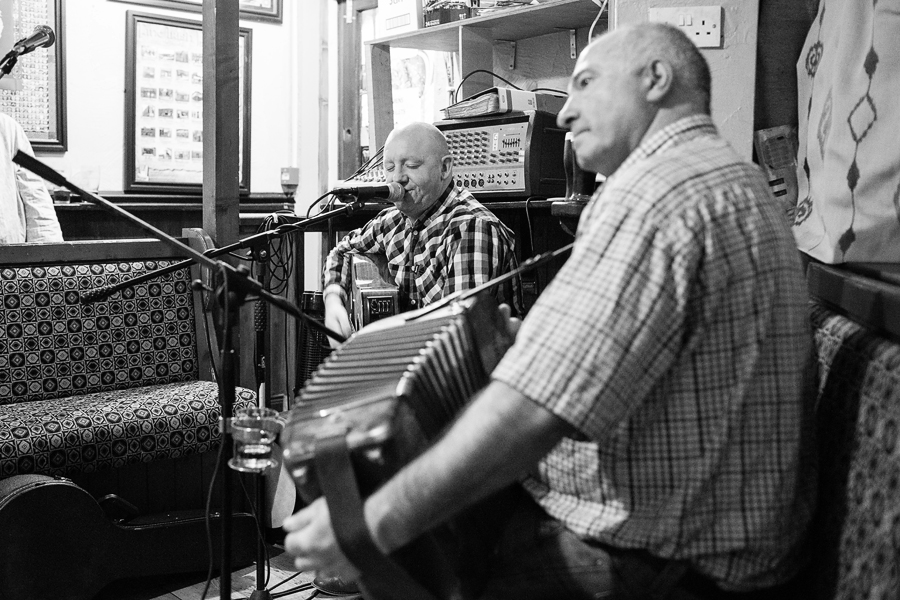 It would have been nice to have more time in County Donegal, nicknamed the “wild child” of Ireland. We enjoyed staying in the Arches Country House and visiting the town, but we only experienced a sliver of the area and I would have loved to see the Slieve League Cliffs. We gave the cliffs a miss in order to get on the road towards Northern Ireland (especially since we had already visited the Kerry Cliffs and the Cliffs of Moher), and I’m glad we did – more on that in the next post!