When we booked our trip to Ambergris Caye, I knew we’d be remiss if we didn’t head back to the mainland to explore some of the ancient Mayan ruins of Belize. Originally I toyed with the idea of staying inland for a few days before heading to the island so that we could visit Xunantunich or even Tikal, but when I saw that Ernesto offered a trip to Lamanai I decided that the second largest Mayan site would probably tick the ancient ruins box for us. I’m glad we went with that option because he arranged a completely private tour with Lamanai Eco Adventures for just Chris and me! After taking a one-hour ferry back to Belize City and a 45-minute van ride out to Orange Walk, we met up with Alberto for an adventure up the New River that reminded me of the Jungle Cruise ride at Disney. No hippos or elephants though. 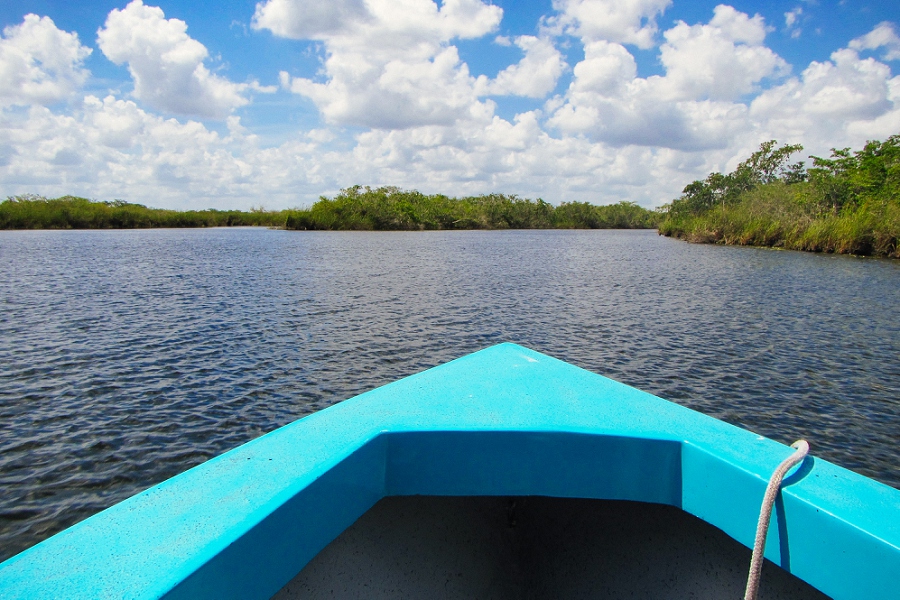 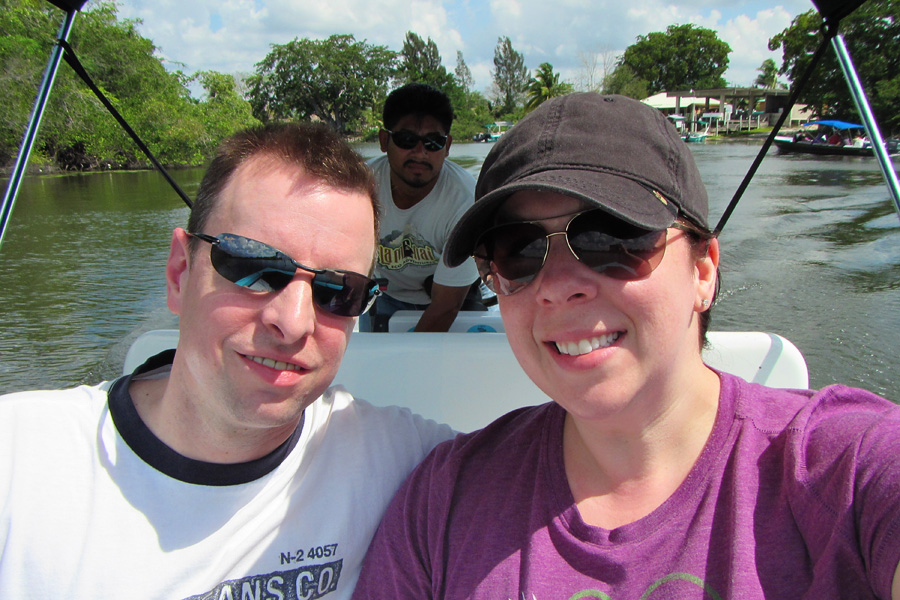 As we zipped along the river, Alberto expertly pointed out wildlife that I would have never noticed even if I stared at a spot for an hour, and taught us all about various species of birds, reptiles, and plants. He slowed down and stopped for tons of photo ops, like pulling right up close to this male jacana. If you look closely, you can see that he is standing over a pile of small eggs. It’s the male jacana’s duty to protect the nest, incubate the eggs, and even raise the hatchlings for the first several months all while the female jacana is away! 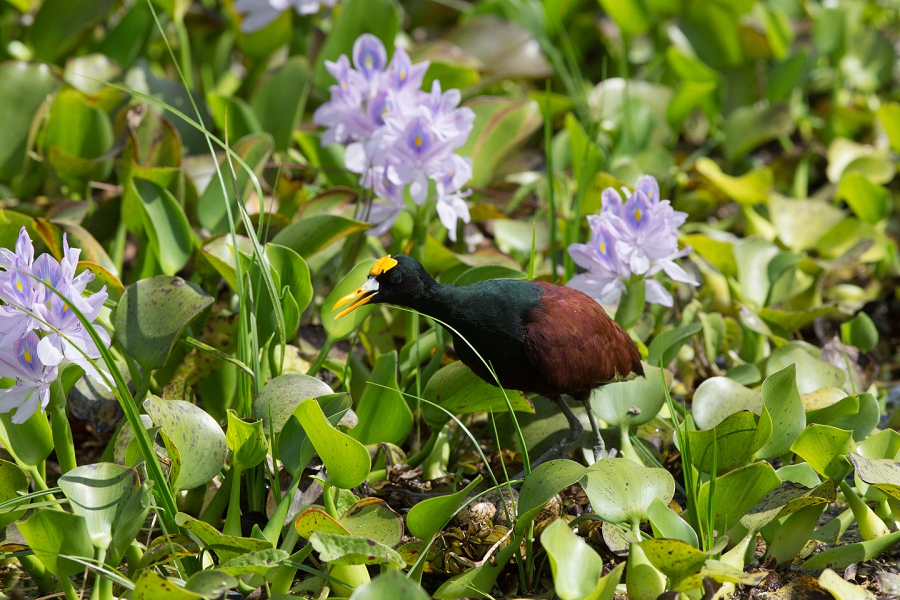 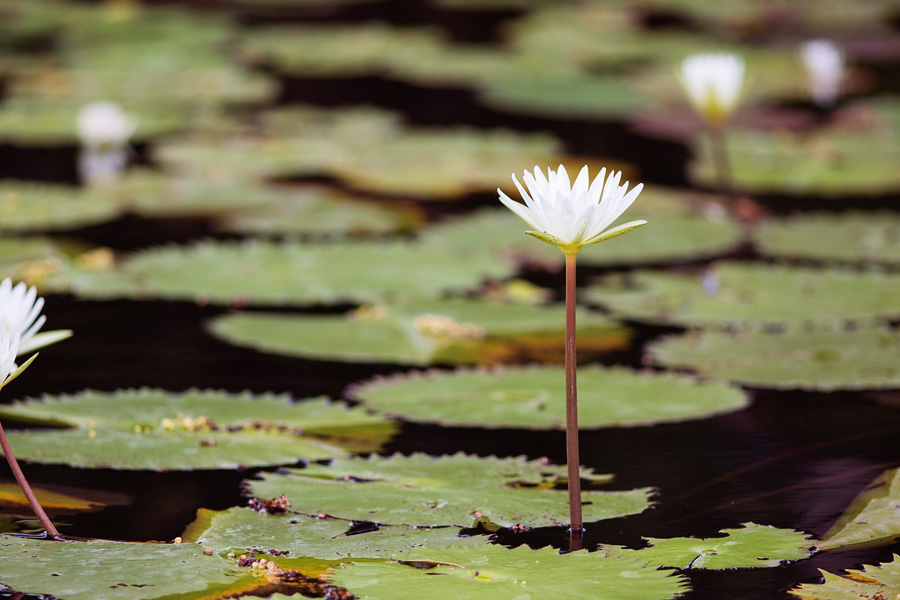 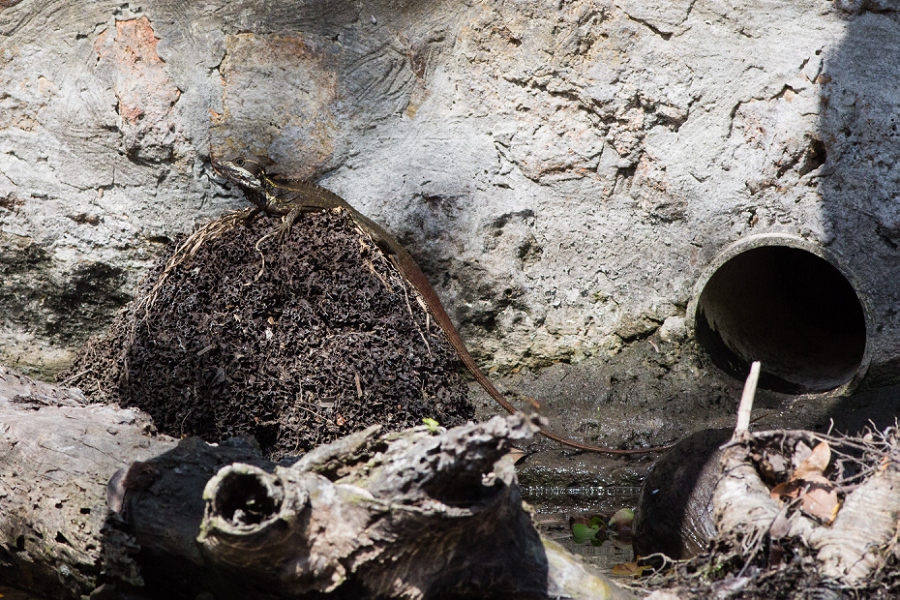 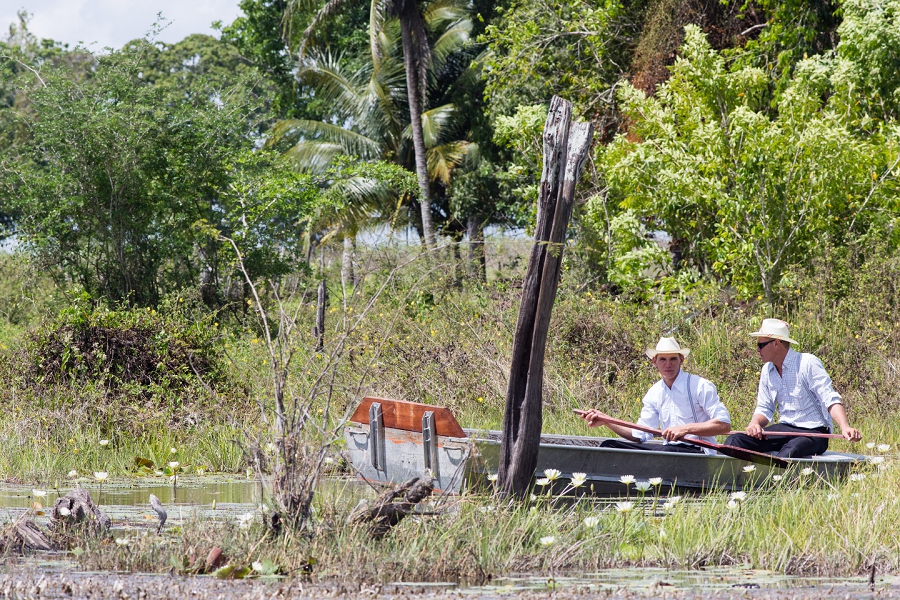 Can you see the tiny baby birds in this nest? I certainly didn’t see them until I looked through the viewfinder on my camera, mounted with a 200mm lens + 1.4x extender. And they’re still tough to spot in this photo. Look for the fuzzy white bits. 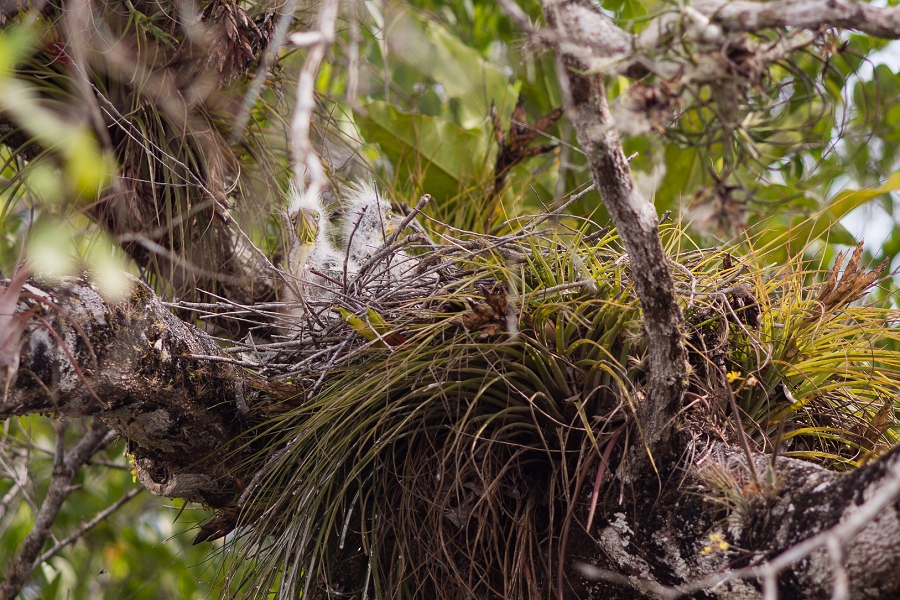 That’s a termite nest on the left below (fun fact: termites are a good source of protein; I don’t know this from personal experience though), and those black splotches on the right are bats. We learned that they eat mosquitoes, so I’m now a big fan of bats. I loathe mosquitoes. 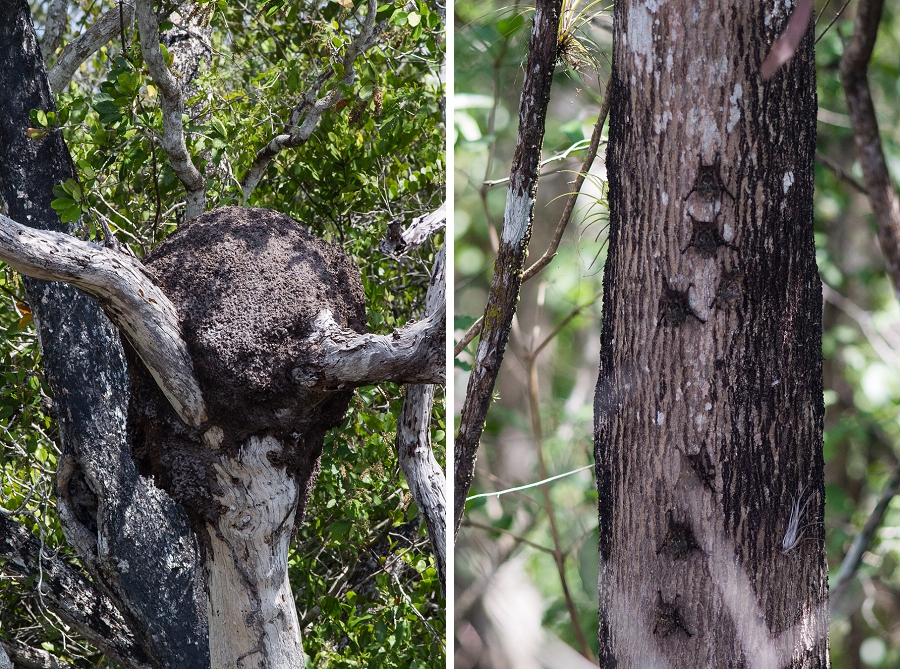 One of the highlights of the tour was meeting this cute spider monkey that the guides named Jack. We offered Jack a few bananas and he happily took them right out of our hands each time and scurried away a few yards to enjoy his snack. I’m not really a fan of feeding wild animals (for various reasons), but at least we fed him something from his natural diet and not like, granola bars. It was an incredibly special moment to have such a close encounter! 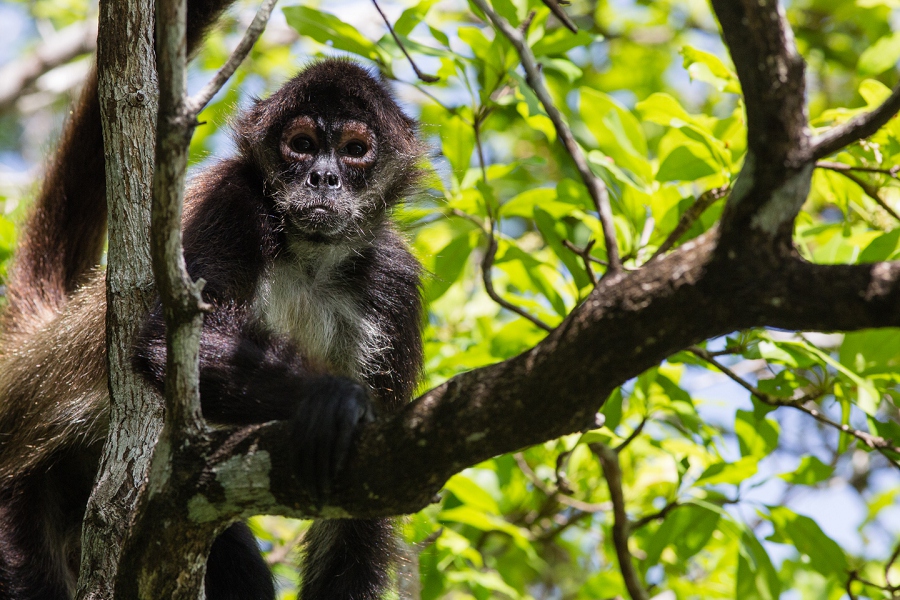 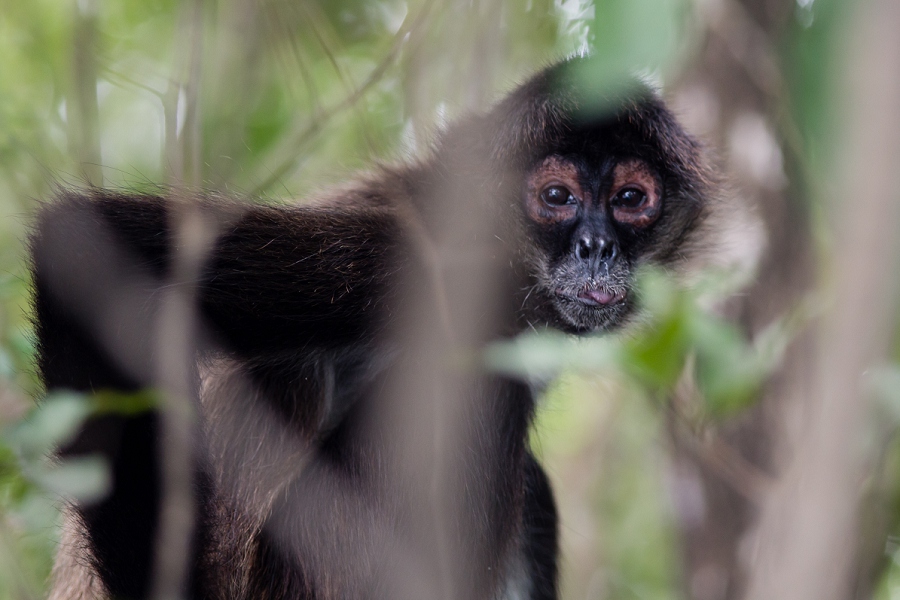 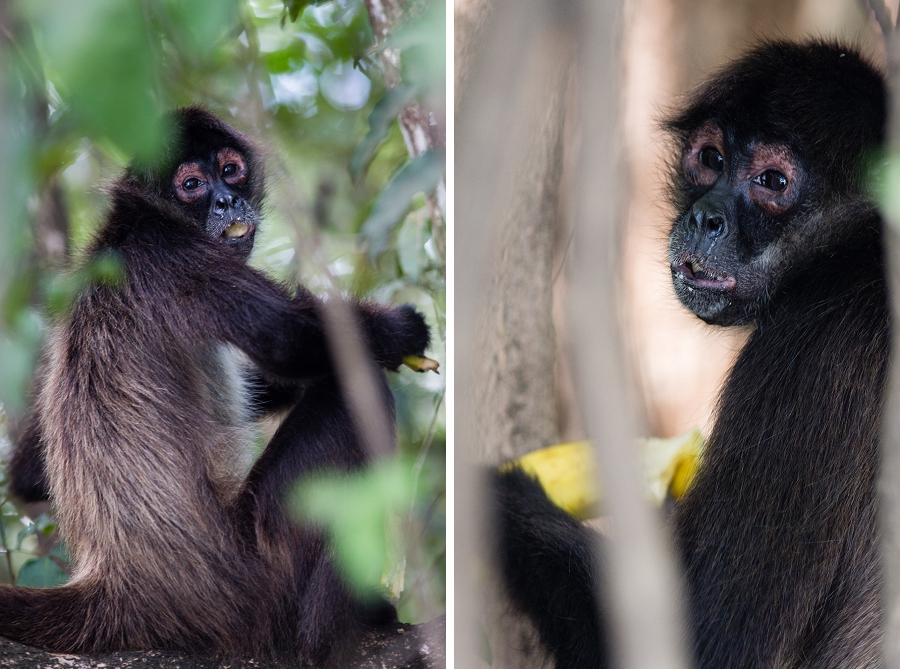 When we arrived at the Lamanai site it hit me just how hot and humid our next couple of hours would be, but thankfully I was prepared with sunscreen, hat, and bug spray. The tour was indeed steamy and sweaty, but it was completely worth it. We visited on the Easter Monday holiday which made the crowds pretty thin. Sometimes we had the structures all to ourselves! And I have to mention again how amazing and knowledgeable our guide was. He plucked things off of the ground and out of trees for us to taste (tamarind) or smell (allspice). He also overturned a big log so that we could see some scorpions and tried to coerce a tarantula out of a hole in the ground, but I won’t hold those things against him. 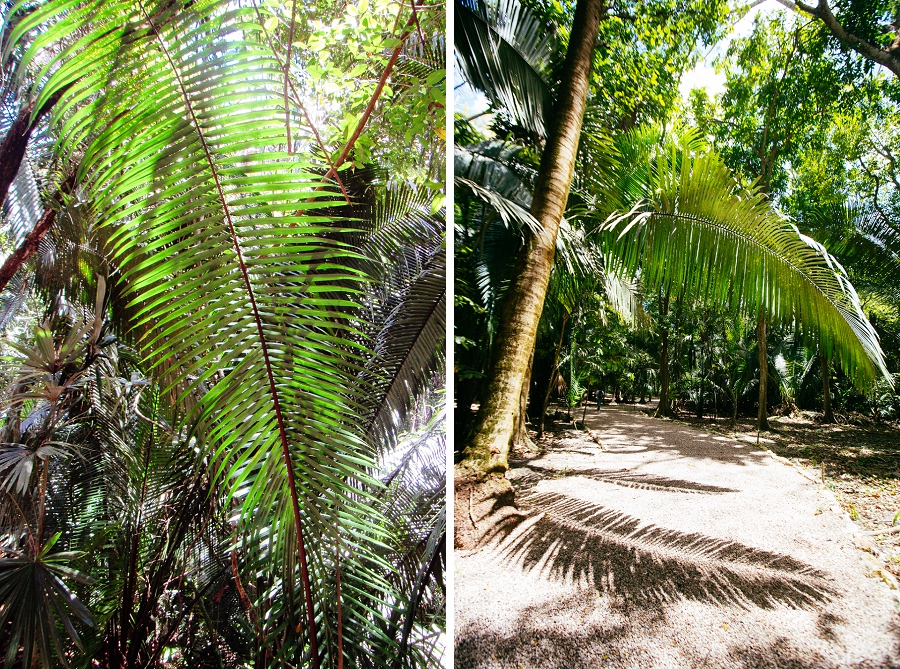 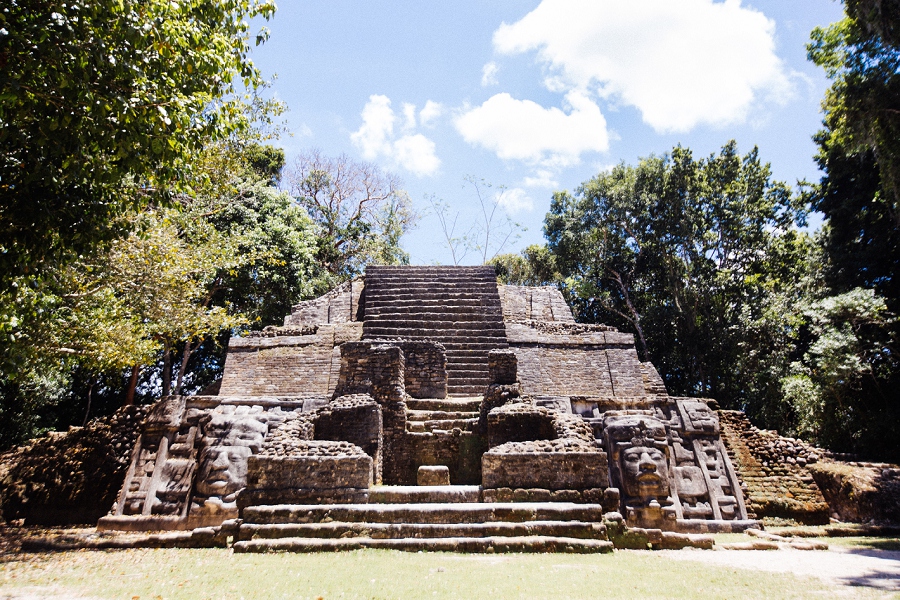 We climbed to the top of the Mask Temple and the High Temple for fantastic views above the trees and also to put ourselves in the Mayans’ shoes so to speak. I probably don’t have to explain that there was something incredibly magical about walking the same path that the Maya people took so many centuries ago. 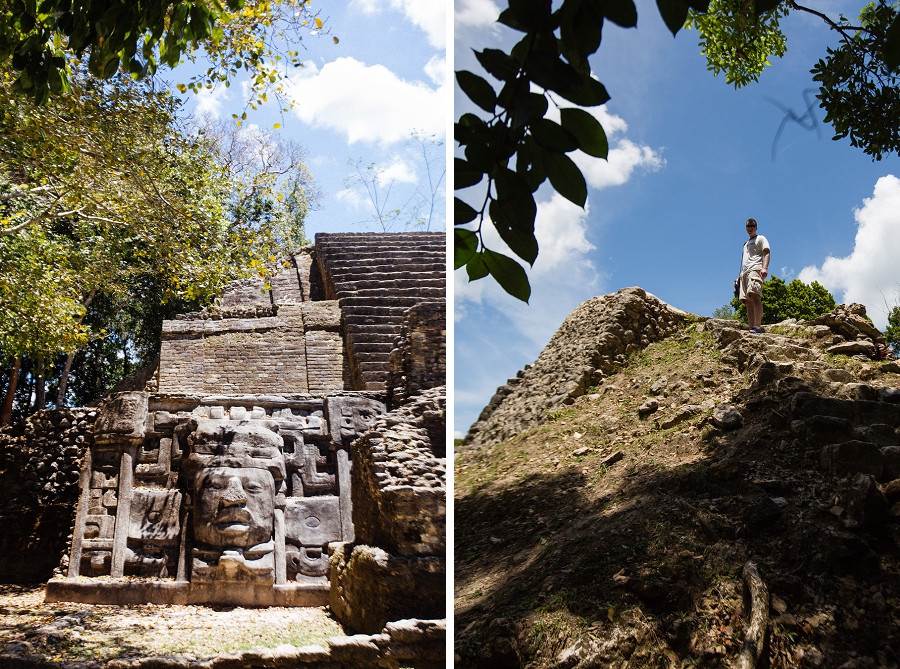 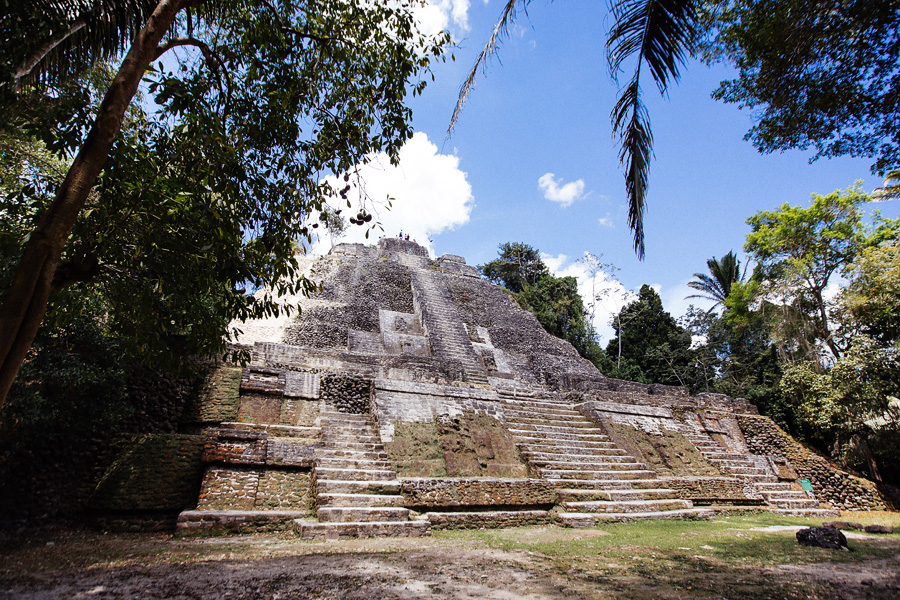 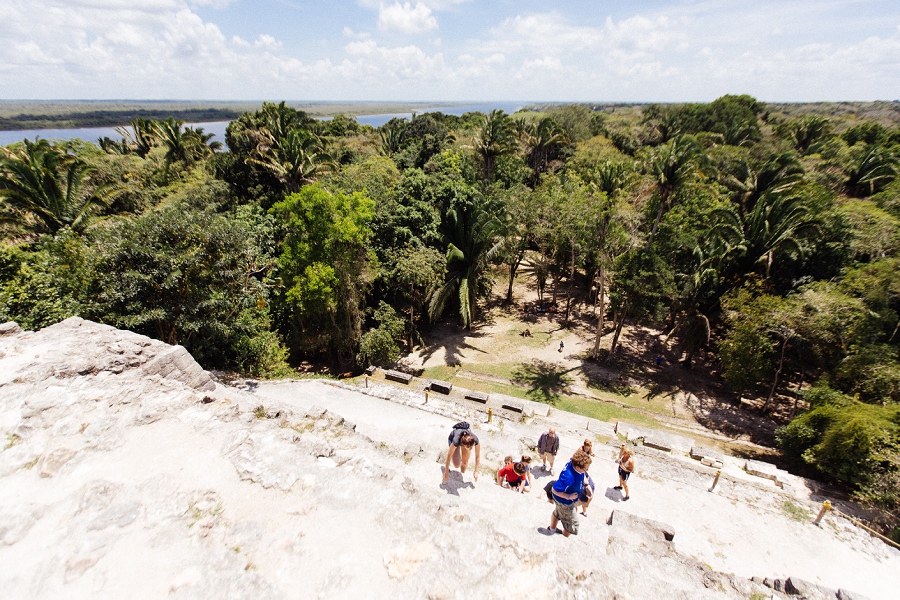 As we were standing in front of Stela 9, we heard the deep roaring sounds of the howler monkeys for the first time. That’s when I remembered and fully appreciated that we were truly in the jungle. Well, that and also the moment shortly after, when I was standing in a grassy field full of little holes and I learned that they were tarantula homes. And with that I was “done” with the jungle. Thankfully we were at the end of the tour. 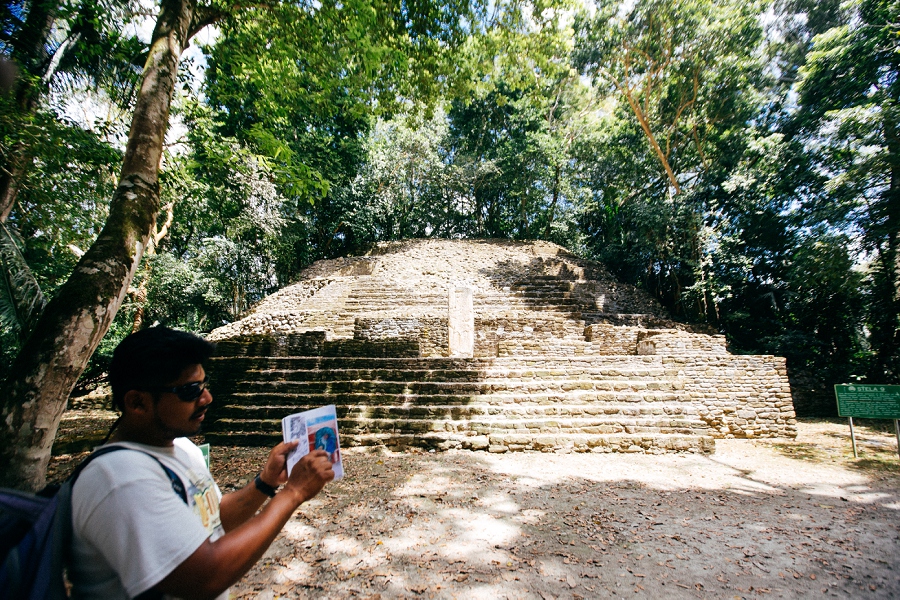 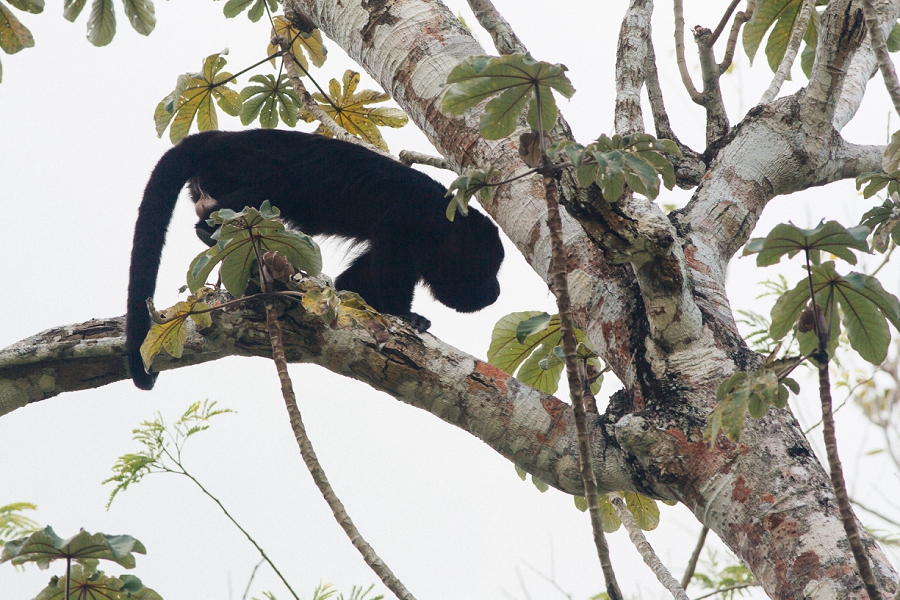 On the way back down the river, Alberto’s expert eyes scoured out one more wildlife sighting – baby crocodiles! It took me a good minute or so of focusing intently on this area before I saw them. They’re pretty cute, right? It was a fun way to end our jungle adventure. 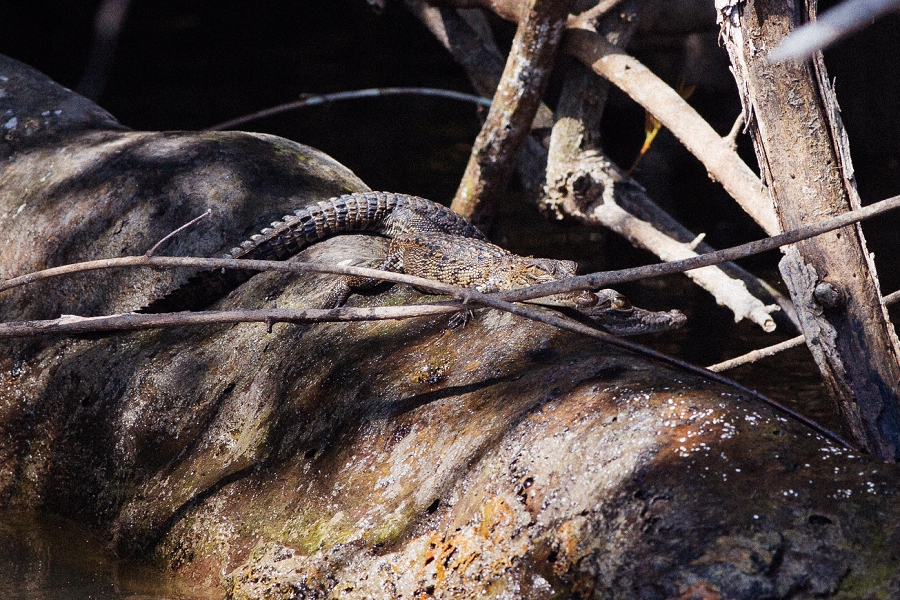 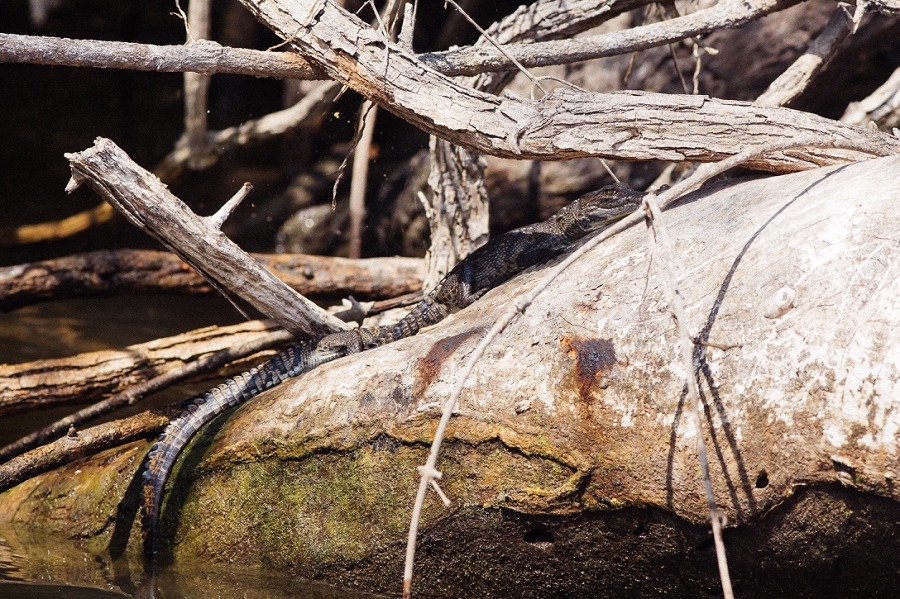