It’s another breakfast lesson this week! I made Huevos Rancheros this morning, and before today I didn’t even know what Huevos Rancheros was, so I’m putting that in the “what I learned” bucket for sure. And, I had never cooked or eaten a sunny-side-up egg before. I found the recipe at Annie’s Eats. She has a ton of yummy-looking recipes I’d like to make!

I followed the directions in the original recipe, except I didn’t want to use my new food processor because Chris was still sleeping and I wasn’t sure how loud it would be. I decided to use my hand blender instead, and that worked just fine since it was just mixing beans and spices. Oh and I didn’t have a heavy cast iron skillet to heat the tortillas, so I just used a regular skillet. I also copied Annie’s food presentation almost exactly because I have no idea what this usually looks like. 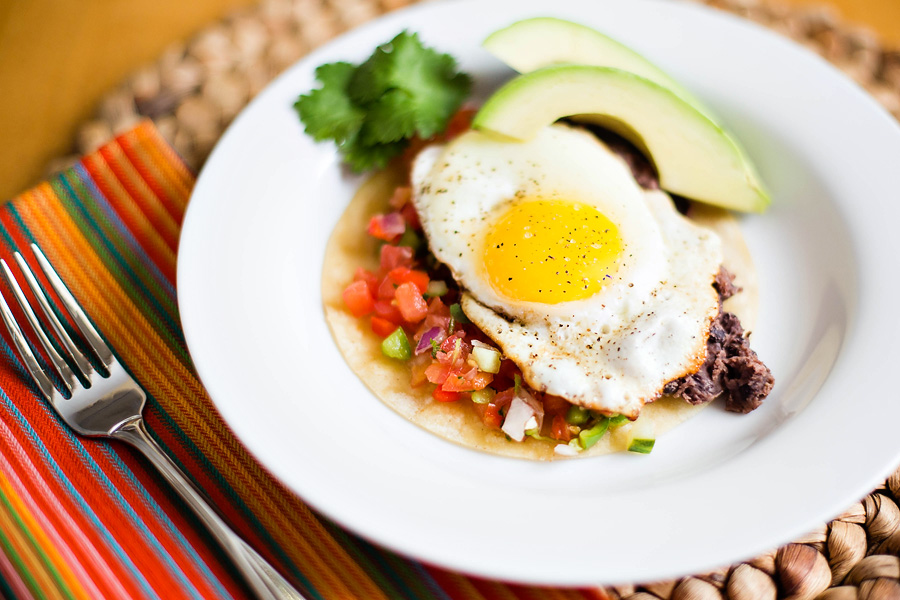