I’m posting this wrap-up a little later than I intended, but it has been fun to relive a few Maldives memories while writing this snapshot entry. It is also making me want to go back to the atolls sooner rather than later. Chris and I celebrate our 10th wedding anniversary this year and we have talked about going back for another big milestone anniversary like our 20th, but I don’t know if I can wait that long! 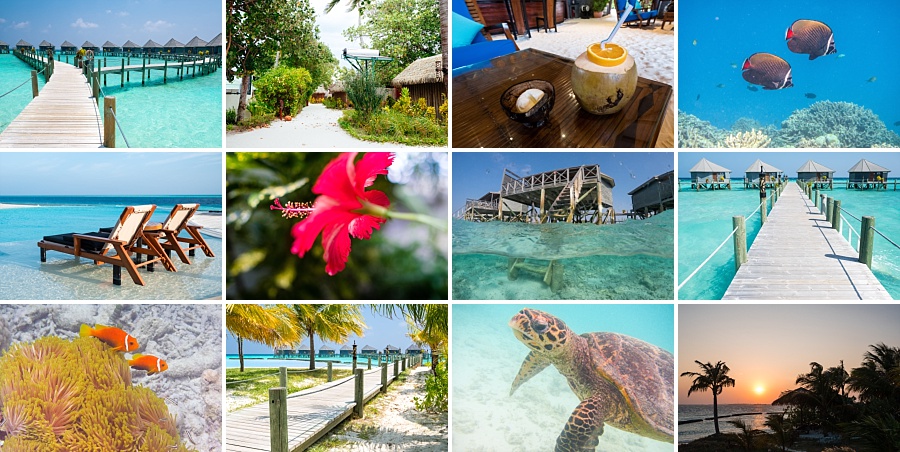 I’m hard-pressed to think of a best moment when every single day it felt like we were living inside of a postcard. 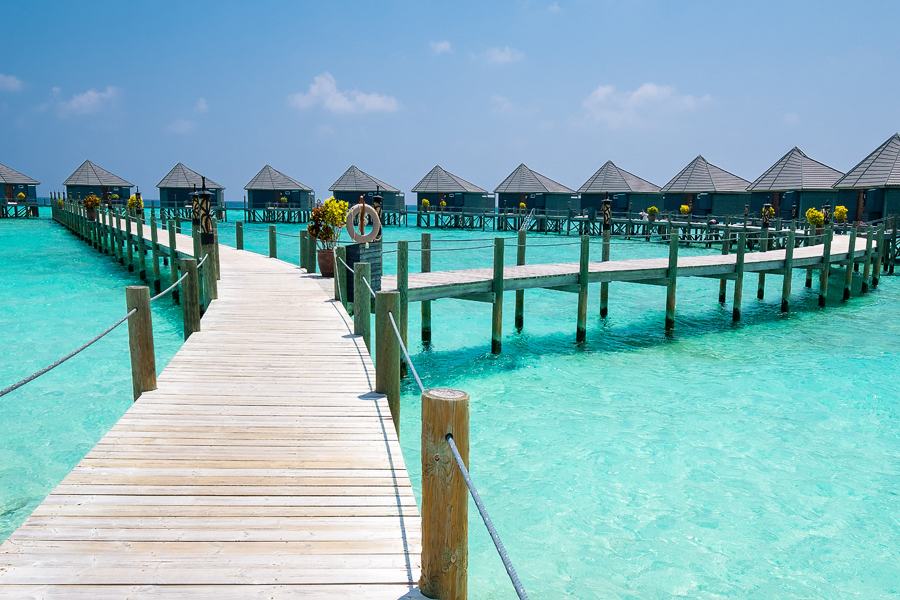 It rained one afternoon? And we didn’t get to do a few of the things we originally planned because it was oddly windy (which made the water too choppy for going out on a boat to look for manta rays), but I actually don’t think we encountered any drama or major bummers on this stretch of the trip.

We had some really great moments interacting with the amazing staff at Komandoo, and our new friend, Ali, in particular had us in stitches! He was an absolute delight to talk to, and we all had a good laugh together when he told us that President Barack Obama worked at the resort…and a few moments later he fetched a co-worker/friend who did look amazingly like our 44th president! I wish I had a photo to show you.

Chris and I don’t tend to gravitate towards fine dining too often while traveling since we’re usually more than happy to eat at hole-in-the-wall gems, in-demand food stands, and local casual favorites. And we truly enjoyed all of the food at the Komandoo restaurants, Falhu and Kandu. But our lunch at 5.8 Undersea Restaurant knocked our socks off because it was such an experience. I mean, just look at my sea bass! It’s a work of art. 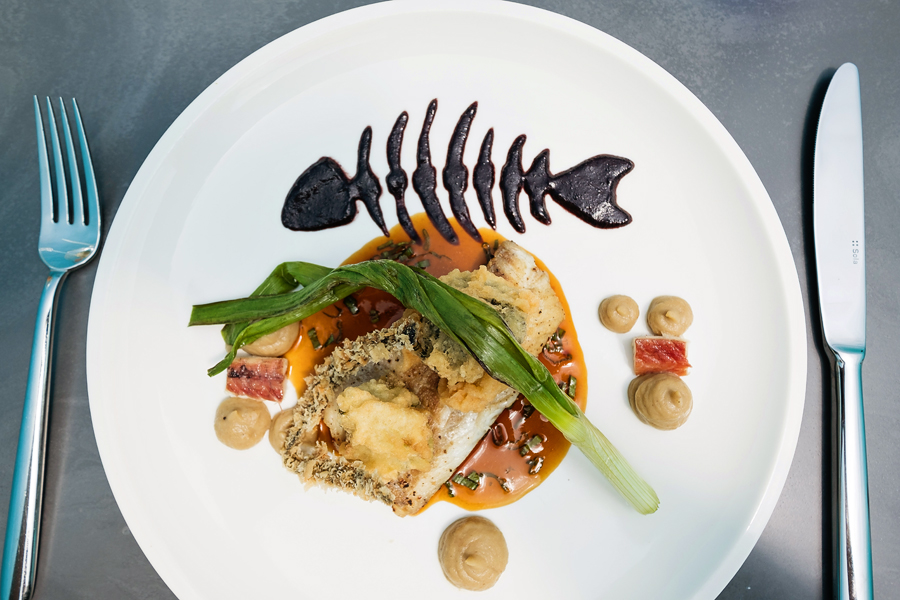 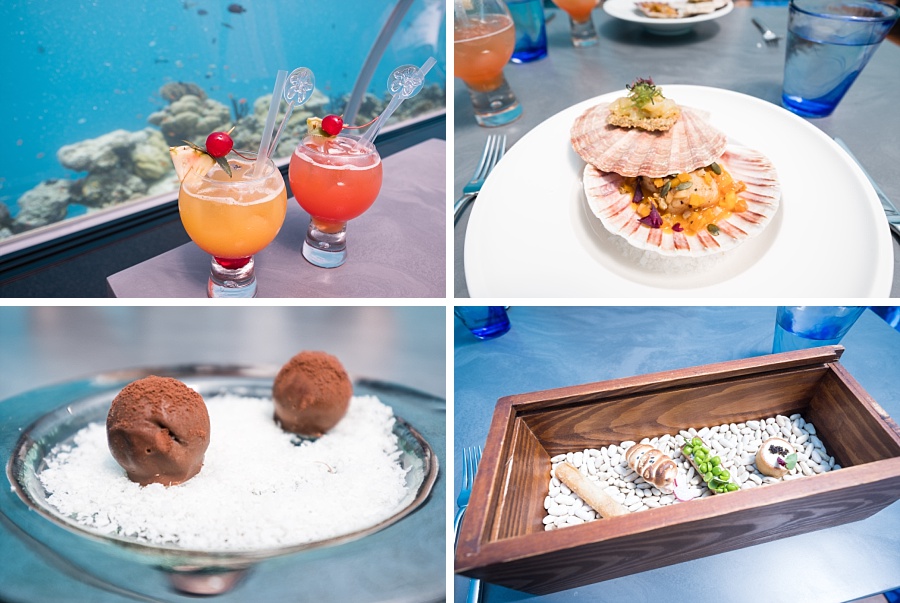 I re-learned how to play chess, but this time in giant form. 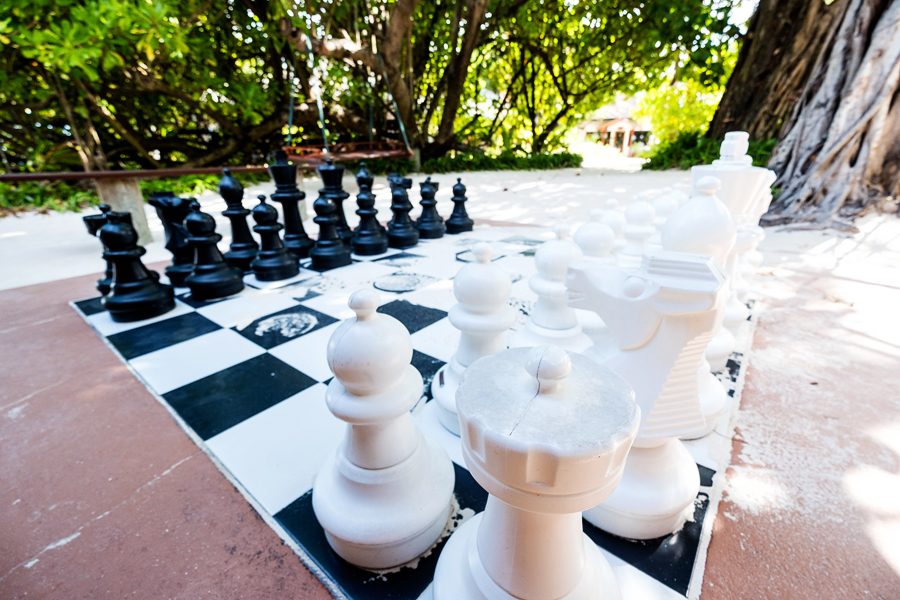 I was happy to have a wide-brimmed sun hat to protect my face. Chris was less happy about that hat every time it flew off my head into the water and he had to retrieve it. (He is my hero!) 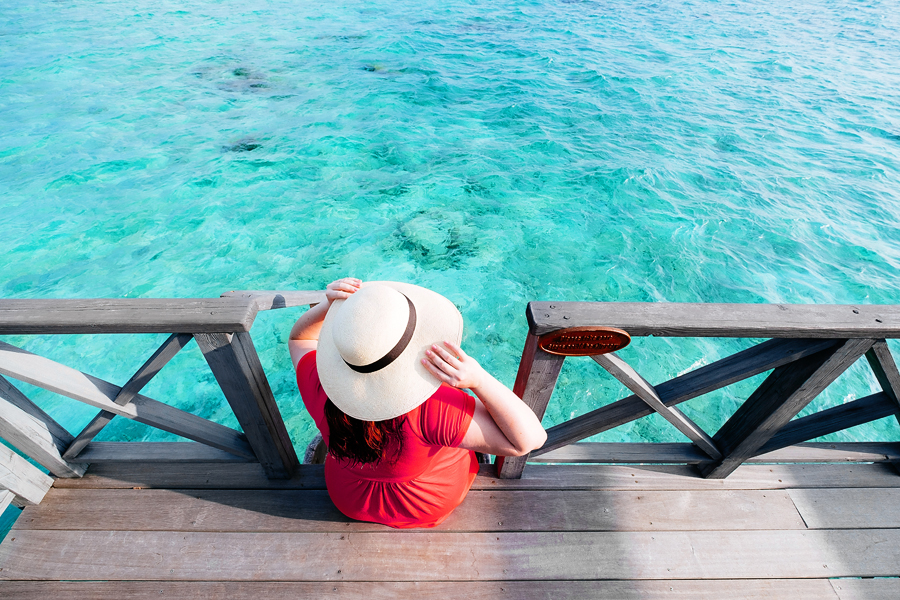 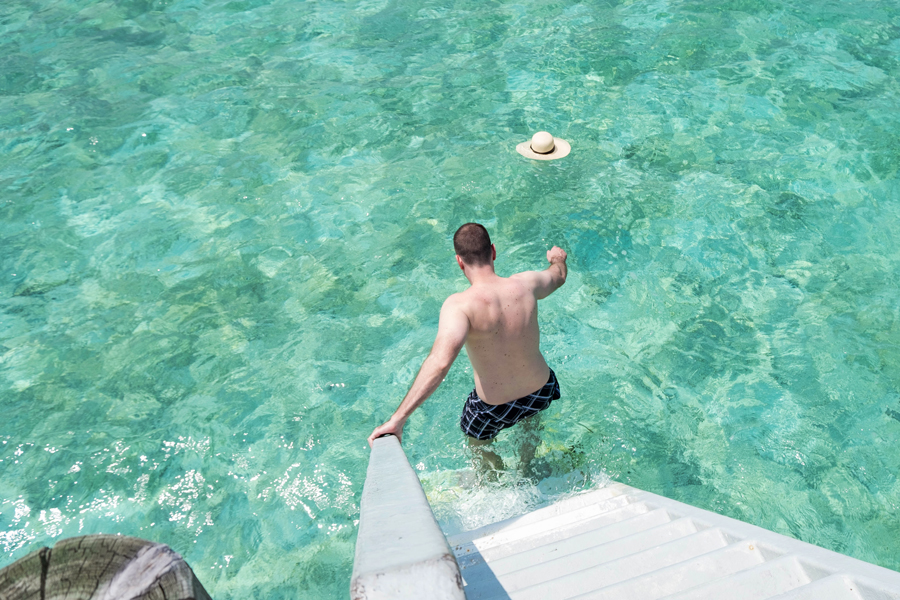 Shoes (we only packed flip-flops). What I do wish I packed is some kind of floatie. I had visions of getting onto a float and drifting down the island toward the bar. Not sure it this would have worked in execution, but it seemed like a good idea. Might try it next time. 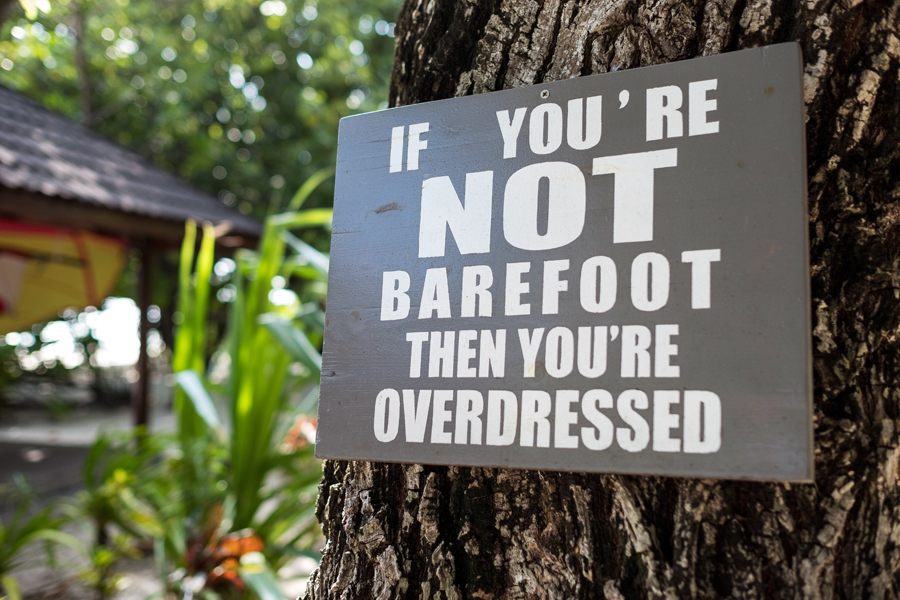 We arrived to Komandoo on a Saturday and left on Friday, but because of the amount of travel on both ends, we only ended up having five full days on the island. I think at least two more days at the resort would have been a better plan.

The weather seemed so perfect to us, but the high winds made it impossible to do a few of the off-island excursions we wanted to do. I’d go back in a heartbeat, even if we still didn’t get to do any excursions!

I love this fun photo that Chris took of Eagle Ray 9 from the water. We used a dome housing for our GoPro to get these kind of half-over-half-under shots. 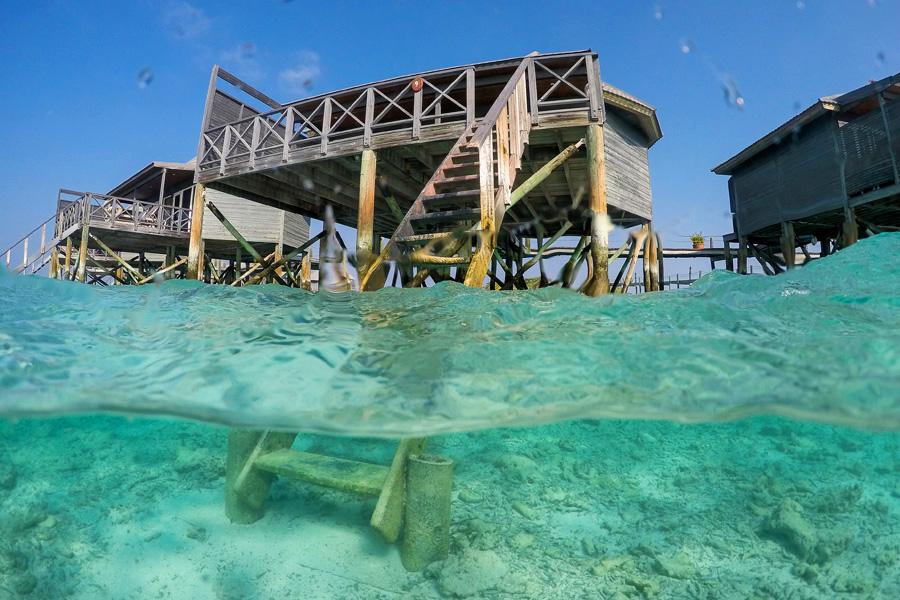 And I couldn’t get enough of photographing the gorgeous sunsets on the island. 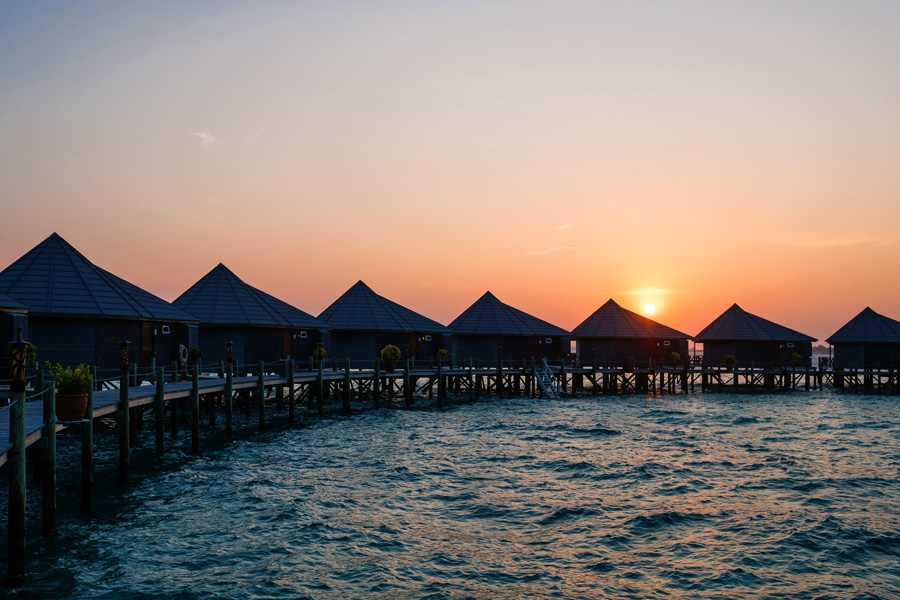 « Packing for Paradise: What I Packed for the Maldives36-ish Hours in Dubai »