Yesterday Chris and I had planned to go snowboarding, but the forecast looked a little too cold for me so we visited the National Geographic Museum in D.C. instead. For some reason, we had never been, which is crazy considering we both love National Geographic. We attended the Women of Vision and A New Age of Exploration exhibits. 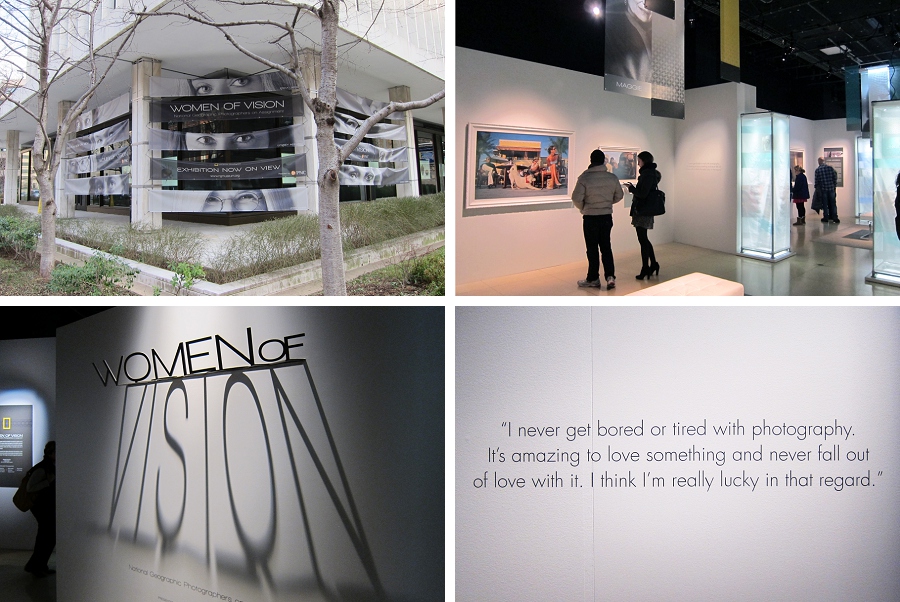 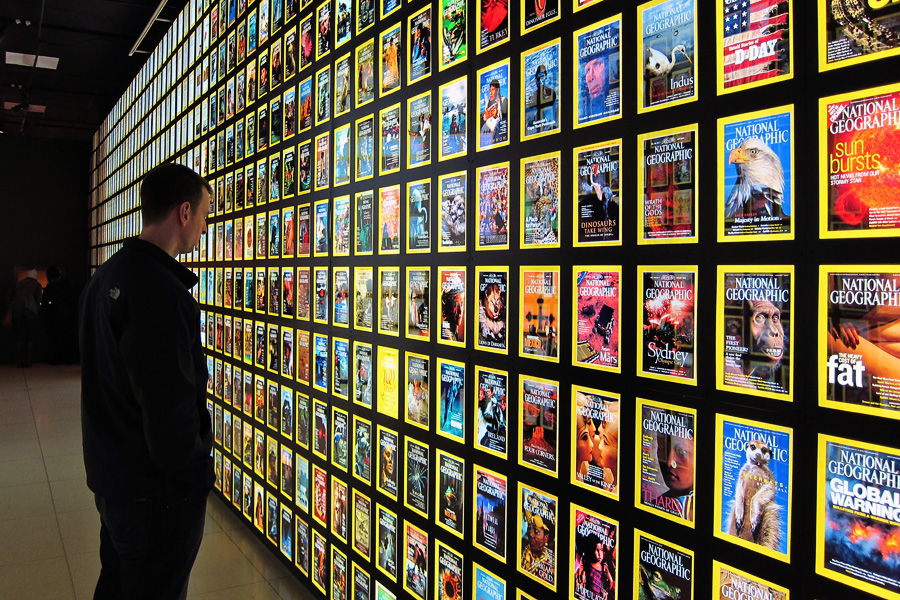 Both of the exhibits were wonderful. I love that quote above, by the way. I could have said the exact same words because it’s exactly how I feel. And I actually thought seeing the exhibits would make me bitterly jealous – I assumed being a Nat Geo photographer would be my dream job. But seeing some of the harrowing images and reading the accompanying stories made me wonder if I don’t quite have the stuffing to photograph some of the assignments. I can’t even think about some of the photos without tearing up – horrible situations in the world I wasn’t even aware of, and photos that will stay with me forever because they made such a lasting impression. Even the photos I’d love to take of beautiful wildlife, for example – I’m not sure I could hang out in a jungle for hours or days waiting for the perfect shot, all the while potentially being threatened by various parasites, blood-thirsty mosquitoes, animal attacks, native attacks, the elements, and so on. I have an enormous amount of respect for the photographers who complete these assignments in hazardous and/or heart-wrenching situations. I’d love to be a travel photographer, but a National Geographic photographer is an entirely different job.

Now, if for some reason I get a call from the publication wanting me to join them on a trek to Antarctica to photograph emperor penguins, I’m so there. That’s definitely a dream of mine, despite the risks of hypothermia, frostbite, blizzards, falling into a crevasse in the ice, or accidentally drifting away on a chunk of sea ice (apparently this happens). Photographing penguins in their natural habitat is at the very top of my must-do list, and I’m absolutely planning to do it someday! And yes, this is coming from the girl who didn’t want to snowboard because it was too cold, hence the reason we ended up in a toasty warm museum, but I’m stubbornly determined to go see those penguins.