Whether Or Not the Weather

We are super excited to kick off the 2011 wedding season tomorrow with Amy and Scott! The weather forecast has us all wondering if we’ll have a dry sky, and I started reminiscing about some of our past weather-challenged weddings!

There was Leslie and Bill’s June wedding at Rust Manor, where we had experienced several days of torrential rain prior to the wedding. So even though we had a clear day, the grounds were really soggy and the ceremony was moved indoors, which resulted in this really beautiful arrangement on the stairs: 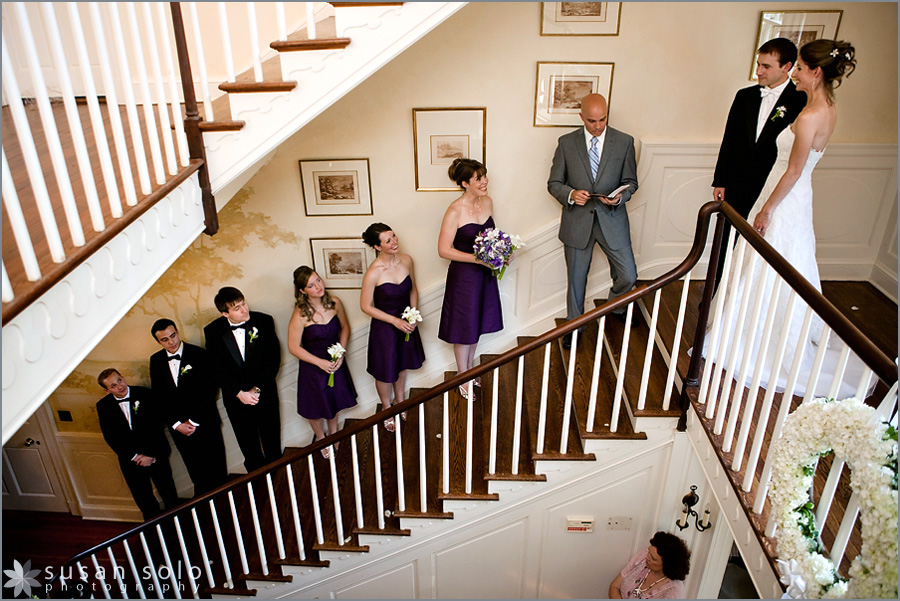 And the drizzle never quite let up on Marjorie and Nick’s October wedding day, but we all happily braved the elements for some shots around DC. 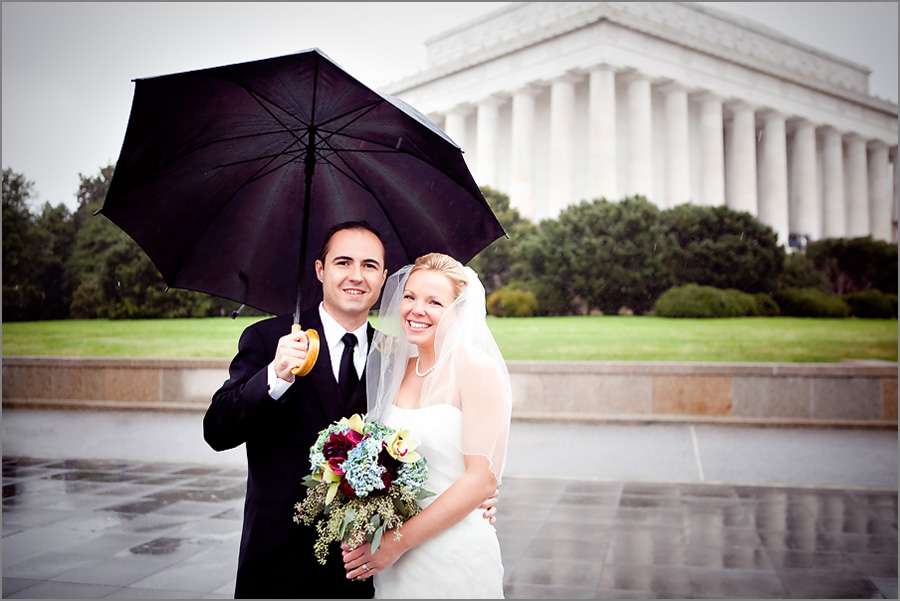 There was Stephanie and Mark’s wedding one balmy day in June, where temperatures reached well over 100 degrees! But we did our best to stay cool and take cool photos. 😉 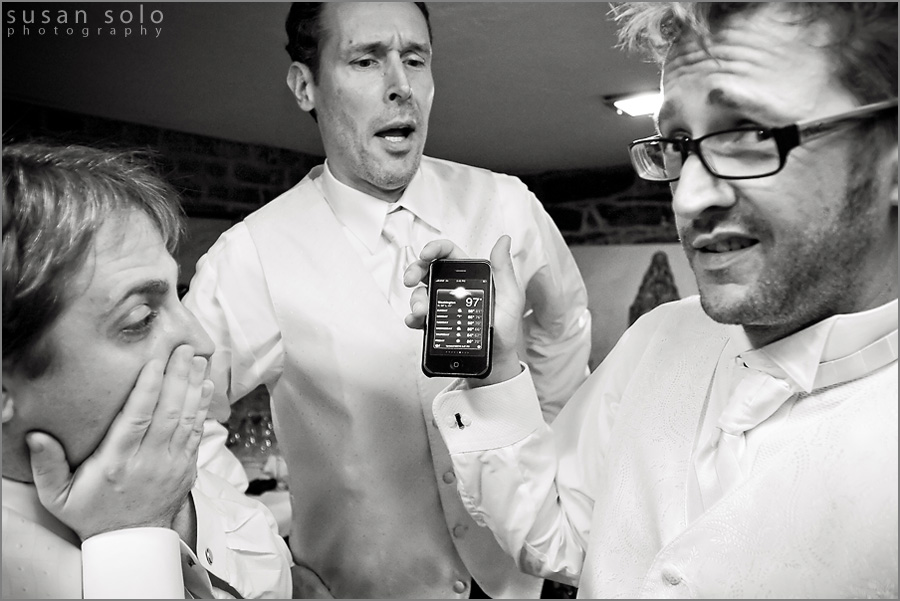 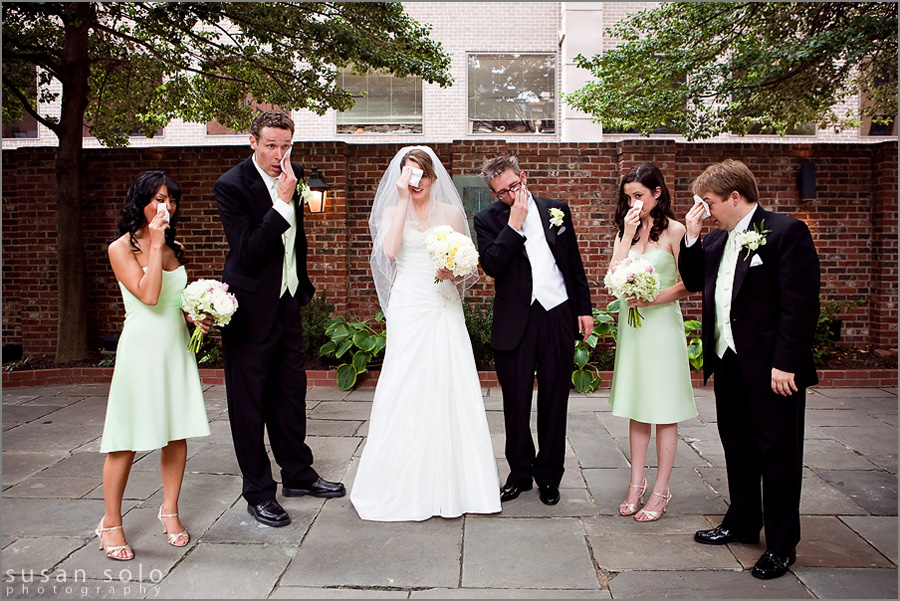 And then of course, we’ll never forget Patty and Travis. Their wedding was right smack in the middle of the big blizzard of 2009, where we had almost three feet of snow coming down DURING their wedding day weekend. 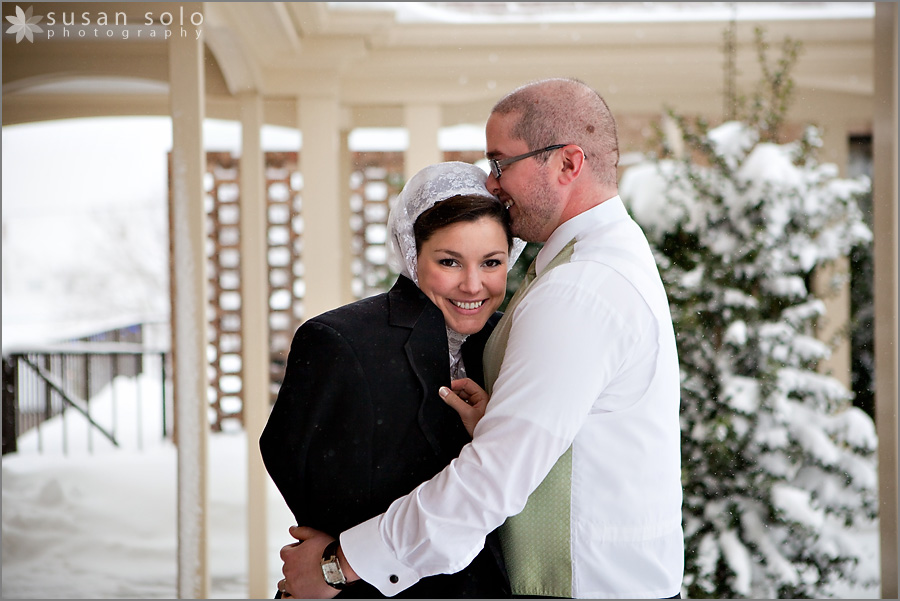 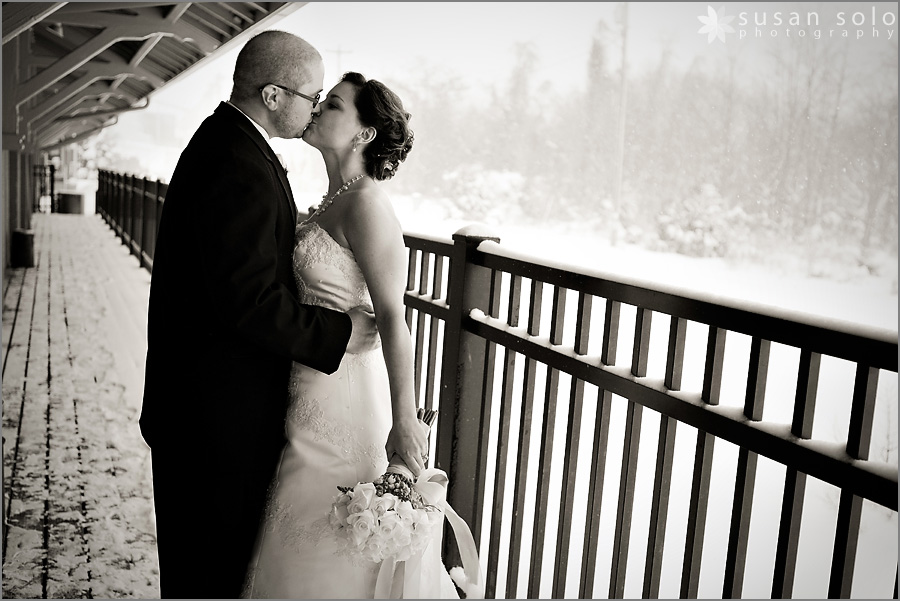 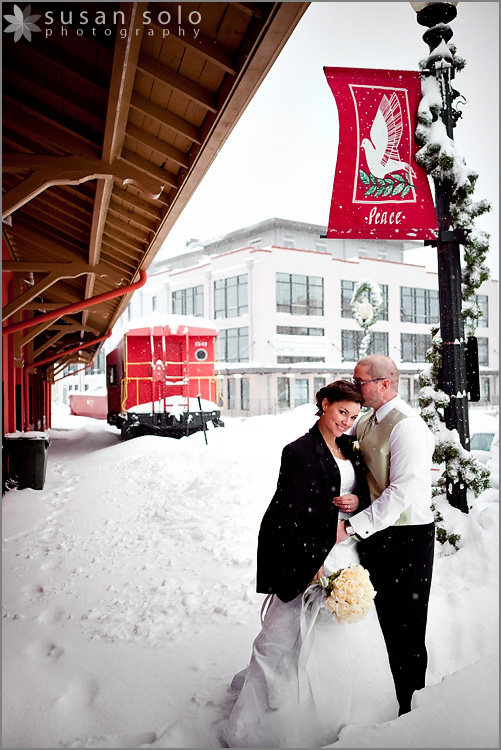 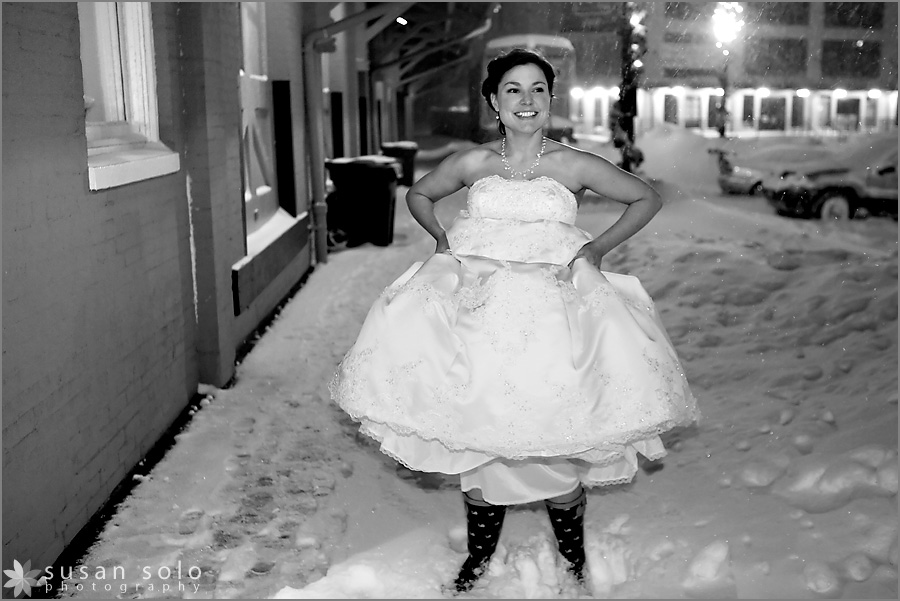 So I don’t want to jinx it, but whether or not the weather is “ideal” tomorrow, Amy and Scott are getting married and we’ll work with/around the weather to take pictures of their beautiful wedding day. And that’s really all that matters!